Space seems closer than ever before. The previously rocky commercial space tourism industry is now becoming more of a reality, and new forms of storytelling – from social media to streaming – are giving more access to the universe around us in ways that would have seemed inconceivable several generations ago. It’s clear that interest hasn’t abated, with people still on a quest for fascinating imagery that piques their imagination.

Paolo Nespoli and Roland Miller have tapped into this collective appetite with their new book, Interior Space: A Visual Exploration of the International Space Station, which is being published to coincide with the 20th anniversary of continuous human life aboard the ISS.

Roughly the size of a football field, the ISS modules were initially launched in 1998, before the first long-term human residents arrived on 2 November 2000. The ISS has been occupied by people on a continuous basis ever since then, surpassing the 13 years (ten of which consecutive) that people have inhabited the Russian-Soviet space station Mir, according to Justin P Walsh in one of the book’s essays. The ISS is set to be abandoned in 2024 and decommissioned in 2028.

Nespoli, a former astronaut and aerospace engineer who retired from the European Space Agency in 2018, took over half a million photographs during his space missions. He collaborated on the book with Miller, who has photographed launch and test facilities around the USA.

While the book, as the title suggests, predominantly covers the labyrinthine interiors of the space station, the images also give a glimpse into the training facilities back on home turf, as well as giving us glorious outward-facing views of Earth from the ISS. 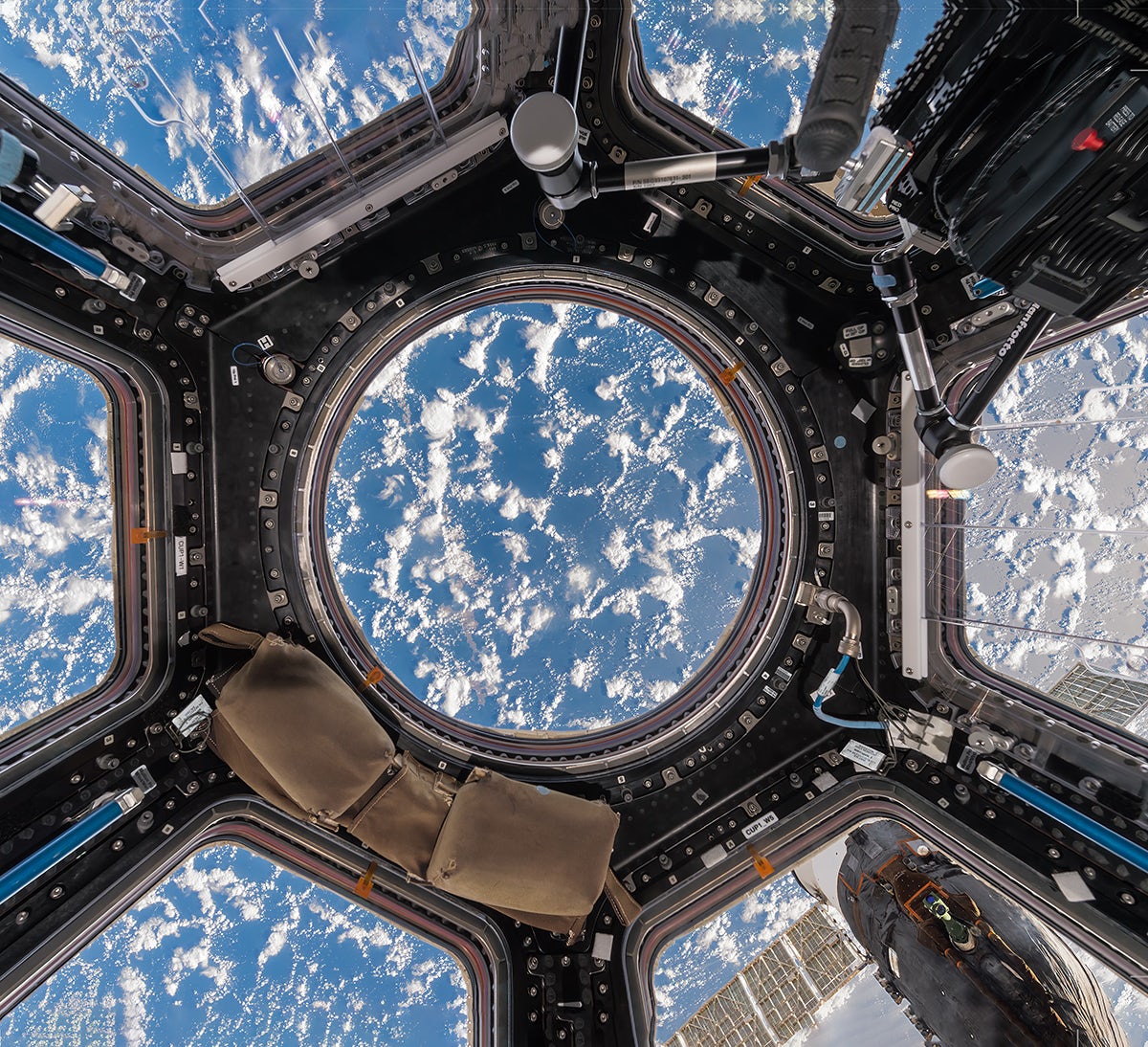 Interior Space: A Visual Exploration of the International Space Station is published by Damiani; damianieditore.com