We are not living in a golden age for music videos. While amazing promos still get made every year, budgets are painfully limited, meaning that the great videos usually get made for love rather than commerce. But, as Childish Gambino’s video for This Is America proves, the humble music video, when done well, still has the power to get everyone talking, watching and sharing.

The most significant music videos tend to come via a meeting of minds between an artist and a director, so it’s no surprise to find that This Is America – a musing on America’s troubled relationship with blackness, which created by far the biggest cultural moment for a music video for some years – was made by two regular collaborators.

Director Hiro Murai (an already notable video director for the likes of Flying Lotus, Frank Ocean, St Vincent and more) first worked with Donald Glover, aka Childish Gambino, back in 2013 and has since directed several episodes of Glover’s comedy-drama Atlanta. In This Is America, the duo cooked up a video that is by turns brutal, knowing and satirical, which immediately struck a chord with audiences around the world.

The other magic ingredient in the creation of the video came via choreographer Sherrie Silver. Born in Rwanda, Silver moved to the UK aged five, and at 23 has gained fame for her innovative approach to dance, which includes actively promoting African dance to wider audiences.

Silver joined the This Is America project after Glover’s manager’s niece saw her videos on YouTube, and alongside the musician she became responsible for the distinctive dance routines that appear throughout the promo, and have been much replicated since.

“Donald properly knows what he wants, which is really nice,” she says on the phone from Portland, where she is currently on the Childish Gambino tour. “But I think having seen my work, he trusted me as well. We had a couple of rehearsals and were feeding off each other, seeing what looks good on him … it was great. I think everyone was amazing at their roles – the director knew exactly what he wanted and he was very firm on that. The choreography should move as opposed to stay in one place, because it’s kind of like a journey, we never really stop. That was the main direction from him, and also to enjoy ourselves, and be kids that just look misplaced from Africa. African school kids.” 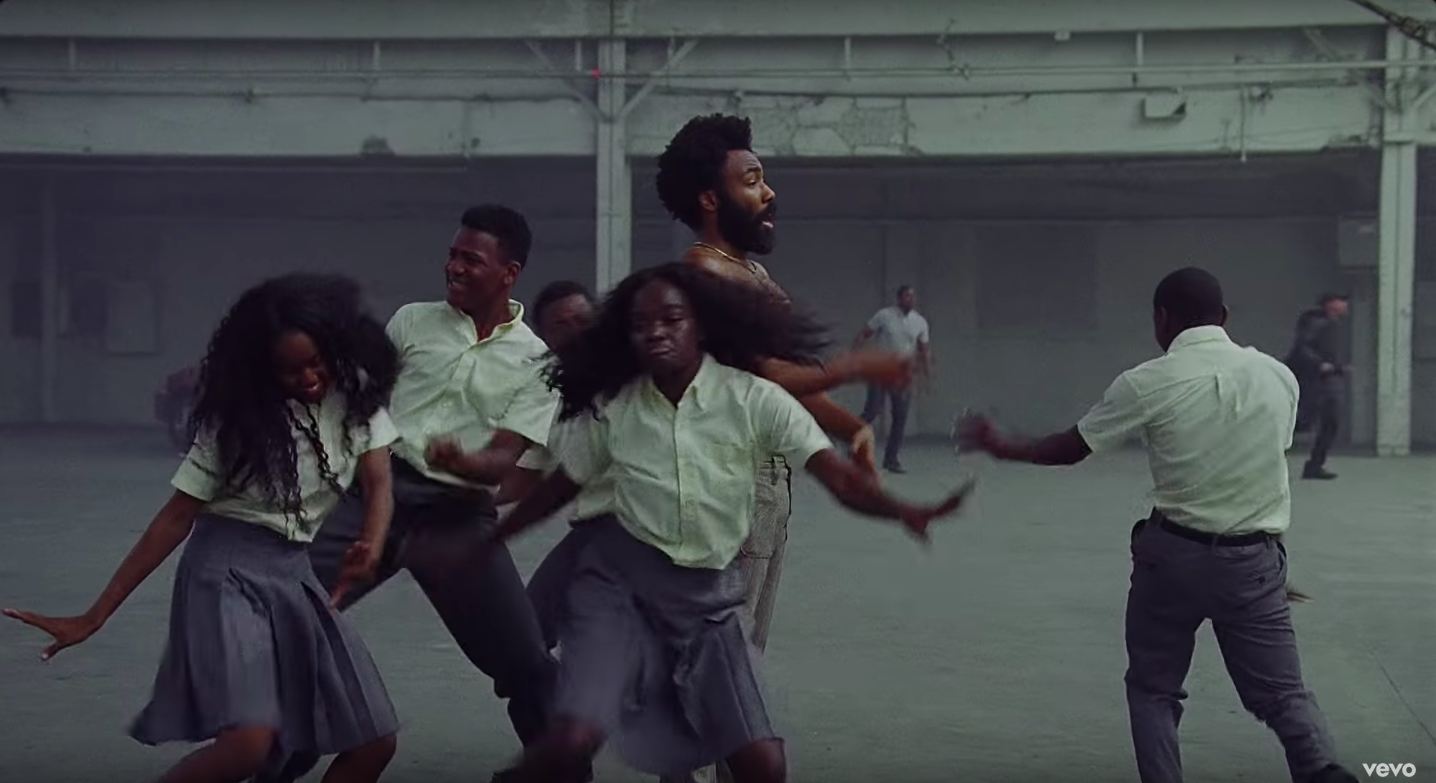 While This Is America became a much grander hit than Silver anticipated – “I just thought it was going to be like a big music video, I didn’t expect it to be hundreds upon millions of views” – this wasn’t her first taste of being at the centre of a spotlight, having last year choreographed the video Mercy for Bollywood star Badshah, which also racked up millions of views.

“Obviously it being Bollywood, not everyone’s going to see it,” she says. “But it was the biggest Bollywood video last year, and this year I guess [I did the] biggest American music video! And then it’s like ‘which video is next?’”

Silver didn’t engage with the vast amount of analysis and debate that followed the release of This Is America (you can read CR’s take on it, by Rob Turner, here), and refuses to be drawn on what she sees as the meaning behind it. “My mum kept sending [articles] to me, “ she says. “I know that people are going to make their own opinion, so it’s like ‘let them’. Through them you can learn a lot as well. I heard about a lot of stuff that was said, and it was like ‘that’s pretty interesting, I didn’t know that, oh’. People have a way of connecting things, which may not be right….

“It’s such a mystery … I like for people to figure out that part for themselves as opposed to me just giving away everything that’s behind the music video. Then it’s no fun. If we analyse it for them, what’s the point?”

What she is passionate about is promoting understanding and knowledge about African dance, and its history. Silver has backed healthcare and homelessness projects in Rwanda and sees her work in part as a way of promoting African culture to the wider world.

“My aim is to educate people on African culture,” she explains. “I’m not just an African choreographer, I do many, many styles. However, that’s the one that I love the most, so when I do have an opportunity like This Is America, where they were like ‘go crazy, do whatever you want’, I’m like ‘ok, here’s something that you might find weird, but people might like it’.

“Within that I’m always trying to educate people as well about the continent and why they should go there and what they’re missing out on, and just using dance to show the joy from Africa. Then on top of that, using money earned from that to give back to communities and set up projects out there.

I think the more you educate and the more people learn about it, as opposed to ‘this is a new dance move, let’s do it’ – this is a dance move that’s from here, and it means this … that makes it more meaningful and hopefully more people will want to do it.”

The This Is America video has been received well on the continent. “The reaction’s been really nice, they’re very proud, I feel like it’s a stepping stone for everybody, all of us win,” says Silver. “Because obviously it opens opportunities for them as well. If somebody else does something it shines a light to the whole culture and we all get the exposure in a way.”

The video’s success has led to many other exciting moments for Silver this year, from appearing on SNL to winning the VMA for choreography. “It was kind of like just ticking things off my dance bucket list,” she says.

“I think the biggest moment was when I won the VMA,” she continues. “That was such an accomplishment, because actually I had said to myself at the beginning of the year, I really want to win one of these awards, what’s the biggest one a choreographer could possibly win? Obviously I found out it was the VMAs and I aimed for next year, so to get nominated alone was like ‘wait, what, oh my god, I’ve got nominated this year!’. I didn’t even plan to win, I just planned to get nominated. Then when I won I was so confused, I had no speech ready or anything like that. I knew the music video was going to win something but choreography wise, I was like ‘wow’.”

What has also followed is numerous opportunities, from creating big commercials for the likes of Victoria’s Secret, to music videos for both big name and newer acts, and most recently a film for charity Rock The Ribbon, set to Erasure’s Respect, which launched on World Aids Day.

“It was for a great cause,” she says of why she picked that project, “especially as I work with people with HIV and AIDS back in Rwanda. This was like my way to get involved and raise awareness of the disease and the stigma in a big way. And also the song was great as well.” 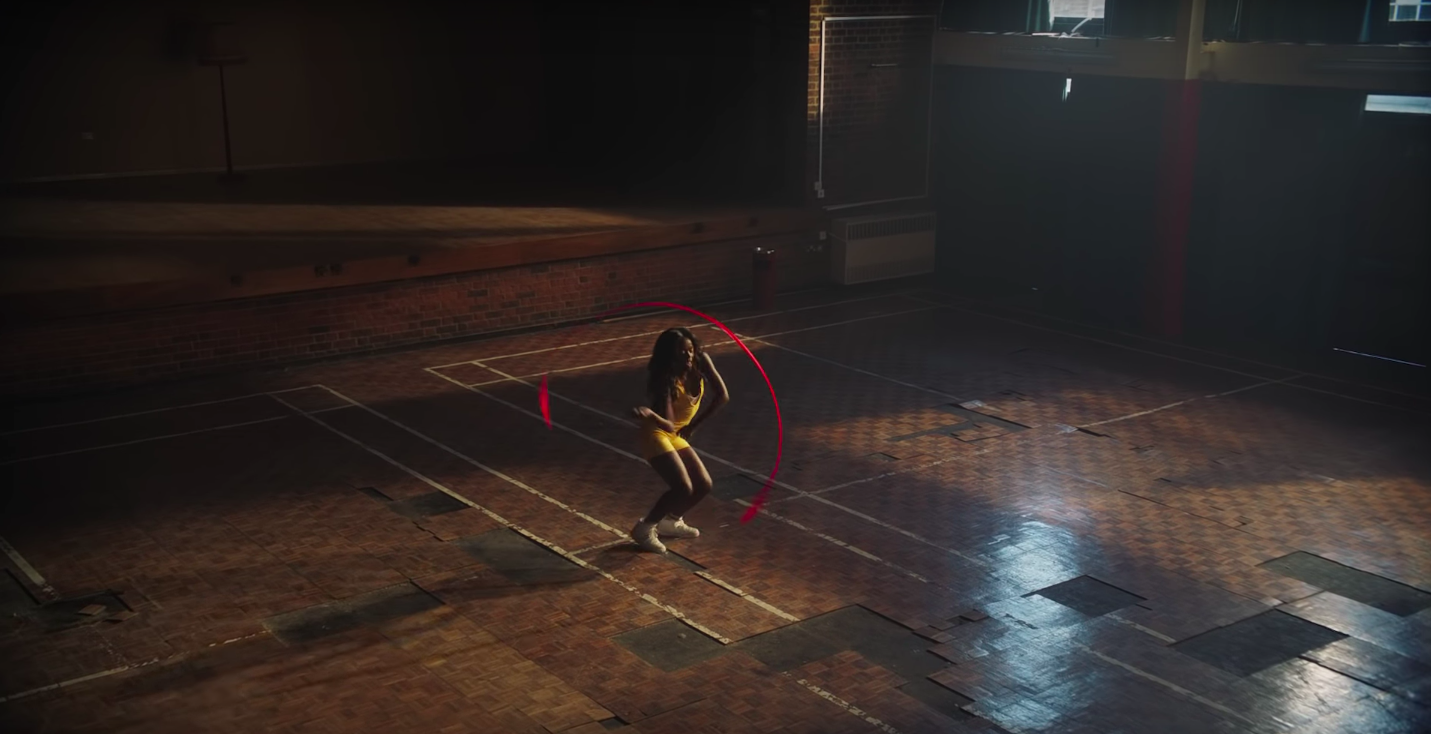 It might not seem possible for Silver to top this year’s glory, but there’s no way she’s standing still. As well as touring with Childish Gambino, she’s quietly drawing up new ambitions. “I want more awards! I got a lot of dance awards this year, outside of the VMA as well, which was really, really nice,” she says. “So who knows, maybe next let’s go for an Oscar, or something else, do you know what I mean?

“I feel like you can never doubt yourself, because right now it might seem impossible but you have to keep working hard and creating and there should be no reason why you can’t achieve everything you want to achieve. And if you don’t, make sure you enjoy the journey on the way there, so that’s what I’m doing right now.”