This year, he’s been portrayed as a flaming toddler, a pig, and an emoji poo, as magazines have capitalised on Trump’s potential for parody. And although we’re well past his shock win, he remained a recurring cover feature in 2018, giving designers and illustrators plenty of material to work with.

“He’s a source of such polarised discourse, however he’s also a bit of an easy hit – I feel we’ve reached a saturation with Trump,” says The Guardian’s Deputy Creative Director Chris Clarke. “There’s always new ways to portray him or reference him and his politics. Just picturing his face doesn’t cut it anymore, nor is it often relevant to. The most creative Trump covers reference him but often convey something much deeper that resonates on a more emotional level.” 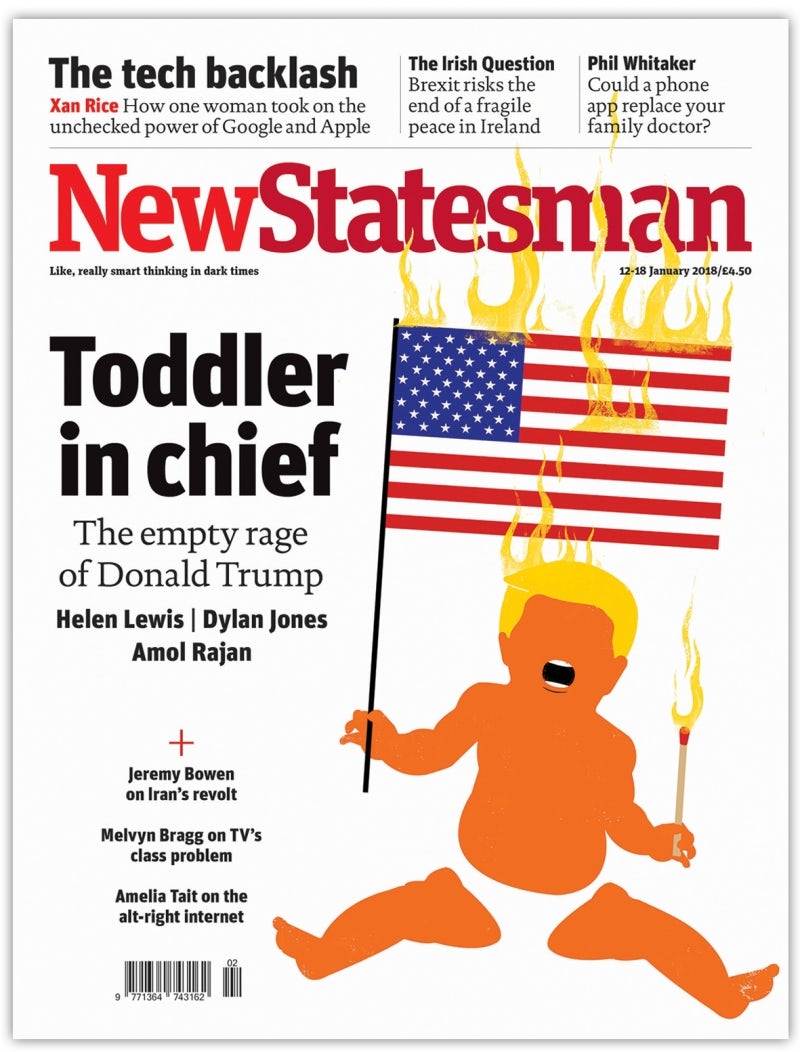 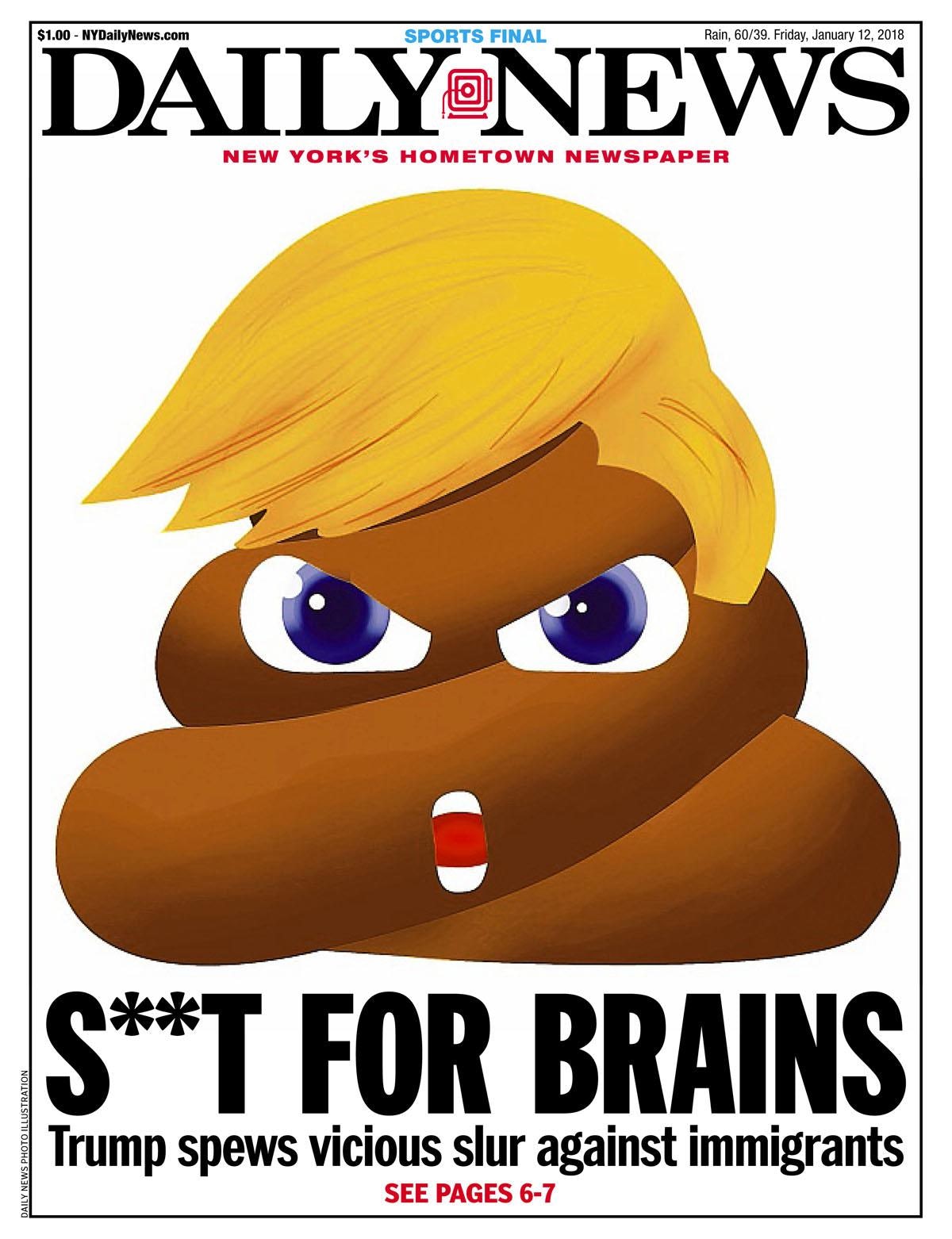 Looking back across this year’s raft of covers, it’s clear that Trump’s trademark swoop of hair and his perma-tanned face remained important visual motifs. The New York Daily news did little more than stick a blonde wig on an emoji poo to make it clear who they were talking about, while the New Statesman turned a bawling baby orange and gave it a burning American flag. At the start of the year, the New Yorker showed his mop of blonde peeking out from a hole in the ground, followed by a series of covers illustrated by Barry Blitt – more in the vein of classic satirical cartoons.

Time magazine also capitalised on his infamous hair for its Meltdown cover, created by Edel Rodriguez and showing the presidential mop as a blaze of yellow. Rodriguez created similar orange-and-yellow illustrations for Der Spiegel this year – continuing a series he started for the magazine in 2017. 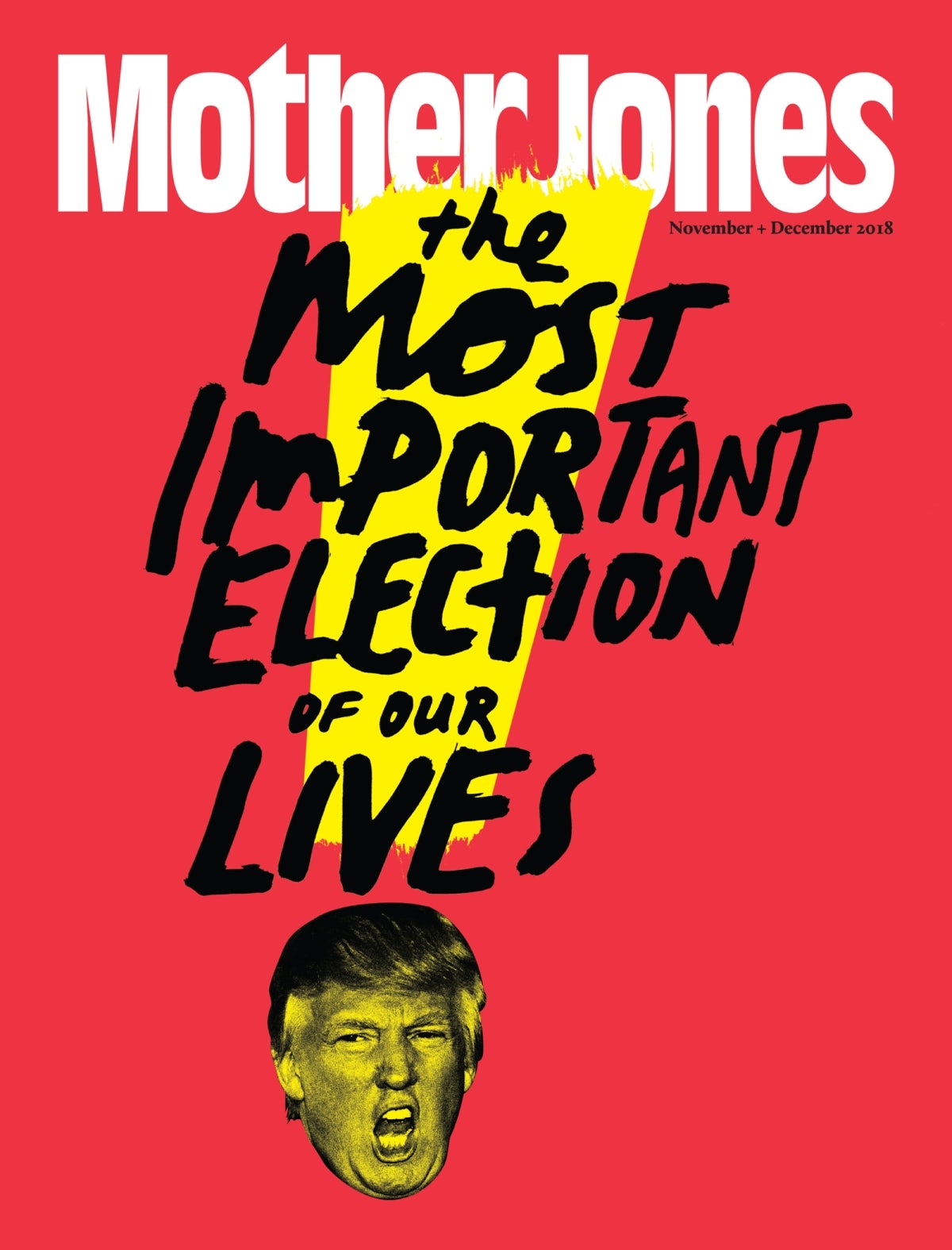 “Part of what I was trying to do was establish this brand, that I can do anything to this image and you can see it anywhere and it just reminds you, ‘Oh wow, that guy’s making that again, I should pay attention,’” he told Time. “It’s sort of like an anti-branding campaign, where you’re branding something so that people recognise it and kind of critique it strongly.”

Svenja Kruse, former Cover Designer at Der Spiegel, says they were surprised by how much feedback the covers received worldwide. “We did expect some controversy, but not that much,” she says. Kruse believes it’s less Trump’s visual power that compels readers, but more his political behaviour. “You wouldn’t put him on the cover that often and in this way if he was acting like a President,” she says.

However, while Trump’s tangerine tint might be winning laughs, is there a danger of turning him into nothing more than a caricature, and missing the bigger issues as a result? It’s notable that Trump didn’t appear on any New York Times magazines this year, particularly as the title is known for its deft visual approach.

“It’s too easy to take a cheap hit, and find it will ultimately harm or muddy the true conversation around him,” says Clarke. “For me, the covers that cut deeper are the ones that reference him on a more subtle level – speaking to the human side, and the people his politics are affecting.”

Kruse agrees, saying, “It’s not about mocking him, but showing how serious it is that he’s not acting deliberately. I don’t think ignoring him is a good thing. Of course it feeds his supporters in one way, but hopefully also makes people think about him.”

There are signs that magazines aren’t just splashing their covers with orange and hoping for the best. New York Magazine’s ‘Prump Tutin’ cover by Barbara Kruger is just as powerful, despite being only monochrome typography, as is Time’s ‘Welcome to America’, which shows the President glaring down at a crying girl – shot by John Moore as her mother was being searched by Border Patrol agents. The Guardian Weekly also avoided the obvious route, instead borrowing some of Trump’s supporters’ symbols – showing a corn cob adorned with a MAGA hat and an America First badge. 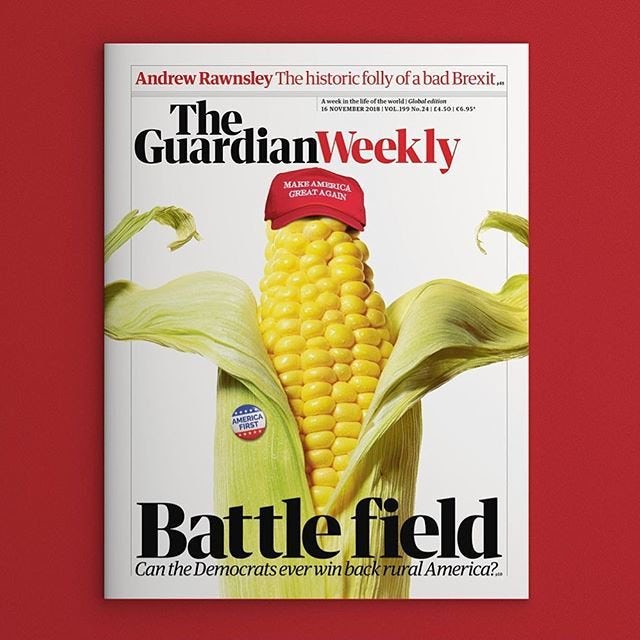 “If we put Trump on the cover, we almost feel like we’ve lost and we actively don’t want to give him more air time than he requires – we tend to look deeper at what is really driving the story,” say Clarke.

But while 2018 proved magazines were still willing to make a mockery of Trump, how long much longer is it going to be until we’re tired of this particular tyrant?

“I think we’re already seeing less than in the beginning,” says Kruse. “Unfortunately people get used to him and his way of acting and thinking. It’s similar with covers on terror attacks or war – after some time they don’t surprise, people don’t want to think about it, and they don’t sell well anymore. Still, it is important to cover them, of course.”

Clarke is not sure he’s going away any time soon, however. “I think historically we’re at really volatile period in politics and Trump will be the dartboard we pin a lot of this too for decades to come,” he says.