Everyone from school children and tourism operators to local councillors and residents had a hand in the branding, which was created over 10 months of community workshops and feedback. For The People transplanted themselves from their Sydney home to Tasmania to work on the project, occupying a pop-up office in a 145-year-old mining town.

With Tasmania’s West Coast located a four-hour drive from the capital of Hobart, this allowed them to immerse themselves in the landscape and conduct in-depth interviews with communities from across the region. While there, they were able to uncover the stories that would shape the project – everything from the area’s protected Huon tree population, its history of “mining and pining”, and the “fiercely different identities” of the West Coast’s towns. 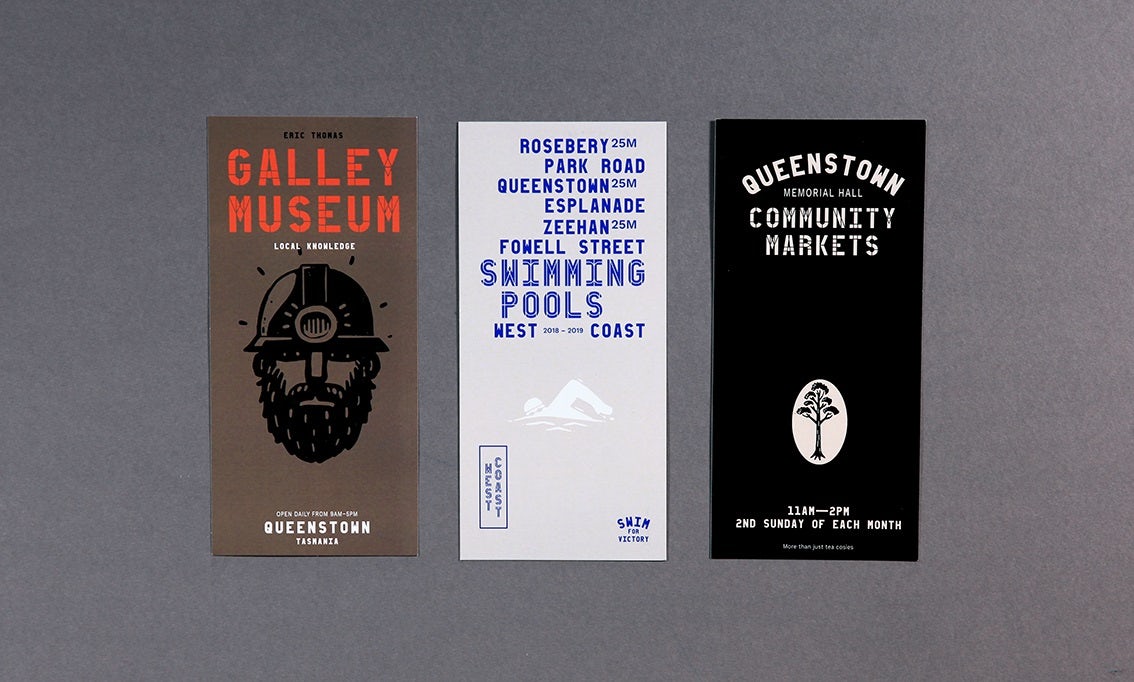 Somehow, all of this needed to be represented in an overarching brand that would tackle the West Coast’s declining population, boost it as a tourist destination, and attract new investment. “The West Coast needed a good story, well told, in order to chart a new direction,” says Amanda Gordon, strategy director at For The People.

As well as meeting with local communities and conducting interviews to get under the skin of what being a West Coaster means, the studio worked to a philosophy of “extreme transparency”. This included sharing its progress using videos filmed on iPhones, and inviting locals to share opinions on first concepts at a public exhibition. 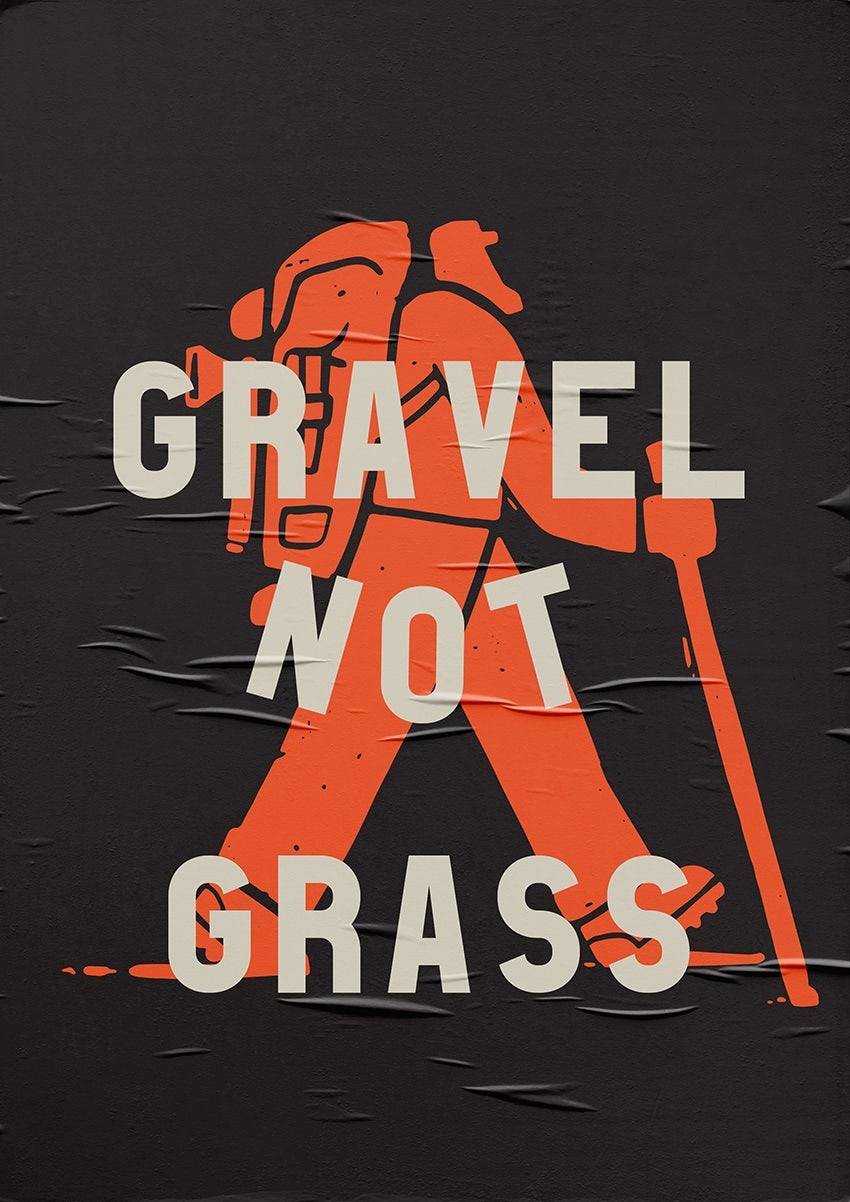 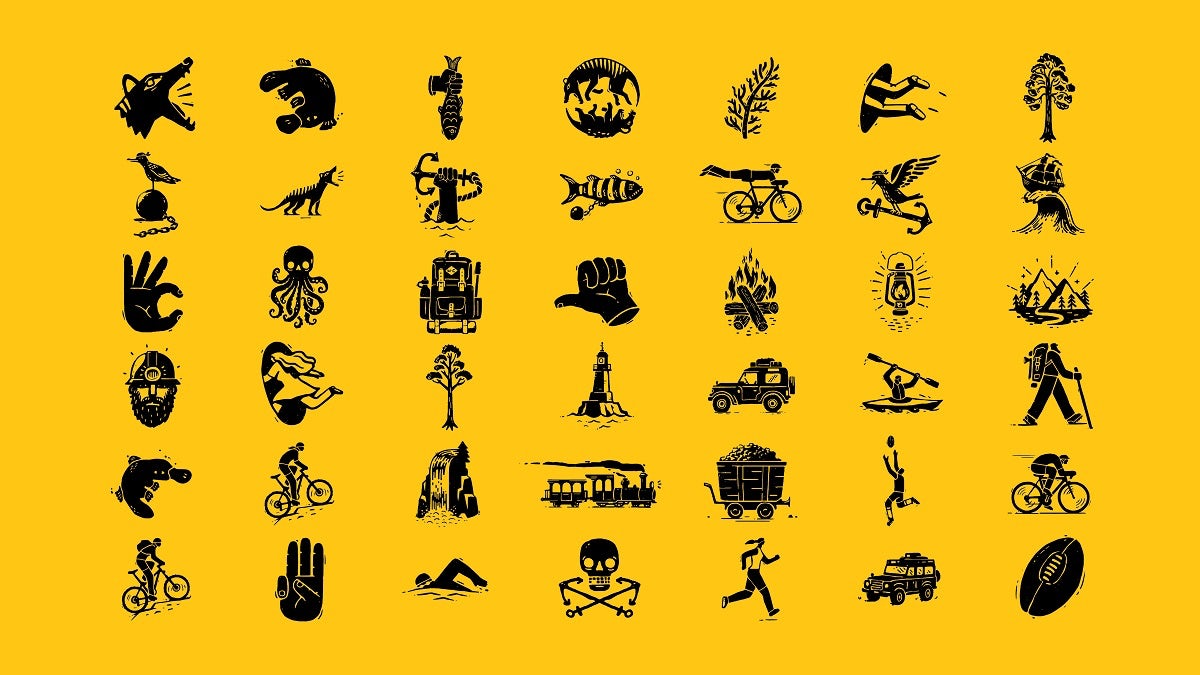 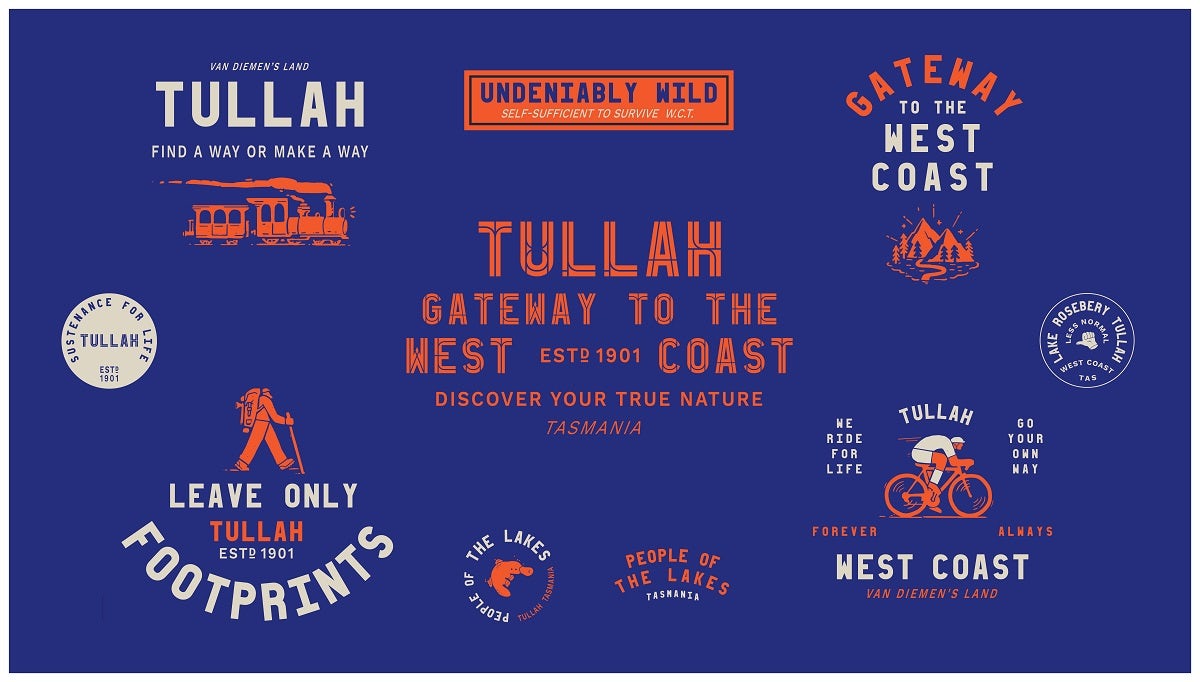 “For some bigger places and communities this is less important and arguable more complex,” says Bec Lester, research and strategy director. “But for a place of 4,000 people – which has long experienced outsiders coming in and telling them what to do – it’s imperative.” And while the studio says fielding feedback from thousands of people was a challenge, it also showed they were moving in the right direction – one that brought in history, without relying on that alone, and mixed it with local character and narrative.

The new brand identity plays on the West Coast’s rugged landscape, perceived inaccessibility and explorer past with taglines such as ‘Not for the faint of heart’, ‘Escaping the ends of the earth’ and ‘Gravel not grass’. A bank of elements designed by the studio, spanning a bespoke typeface, illustrations, icons and photography, can be combined together to share regional narratives and styles – letting individual towns and businesses decide on their own approach. The open-source identity system is free for all locals to use, and has been designed to be accessible, effortless and straightforward. 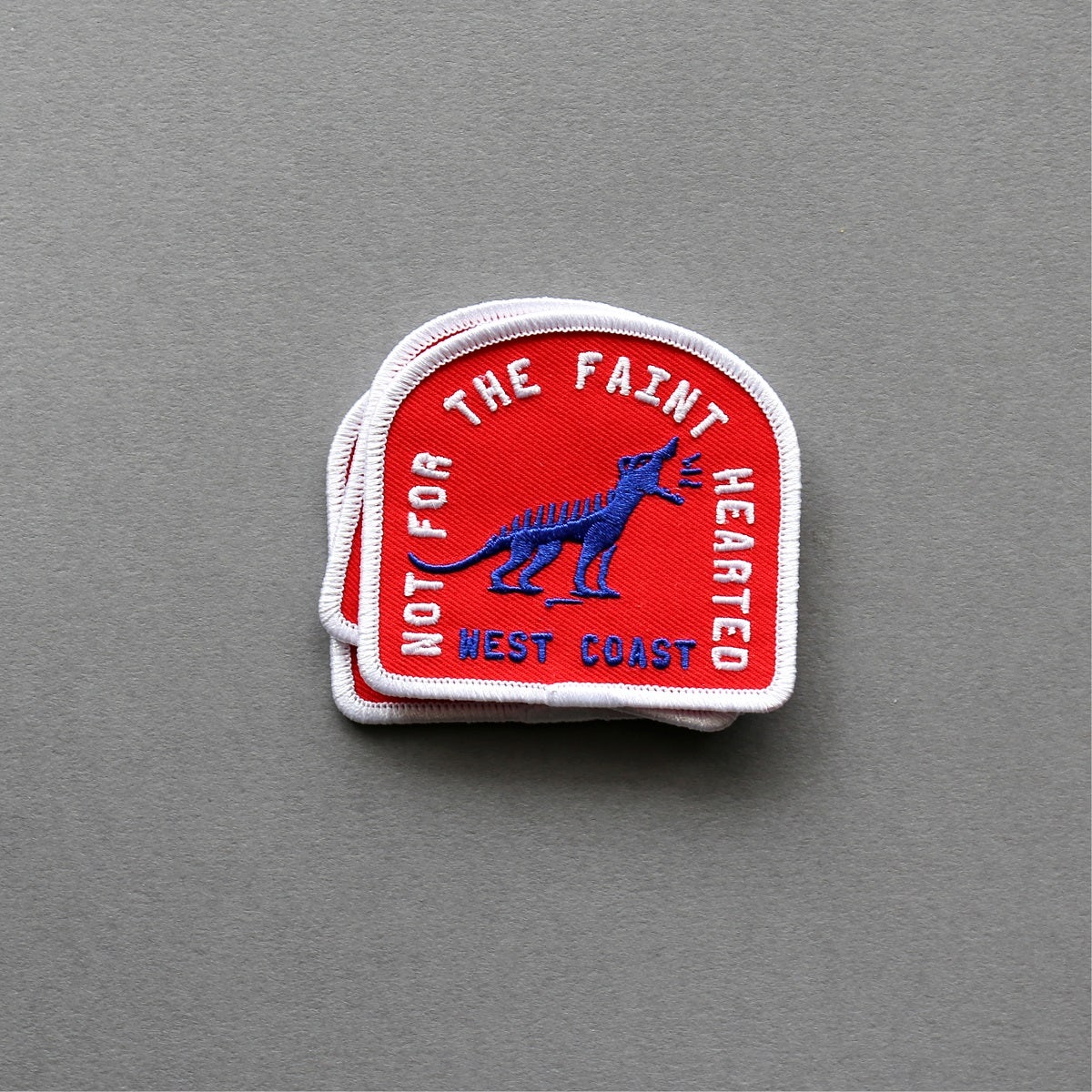 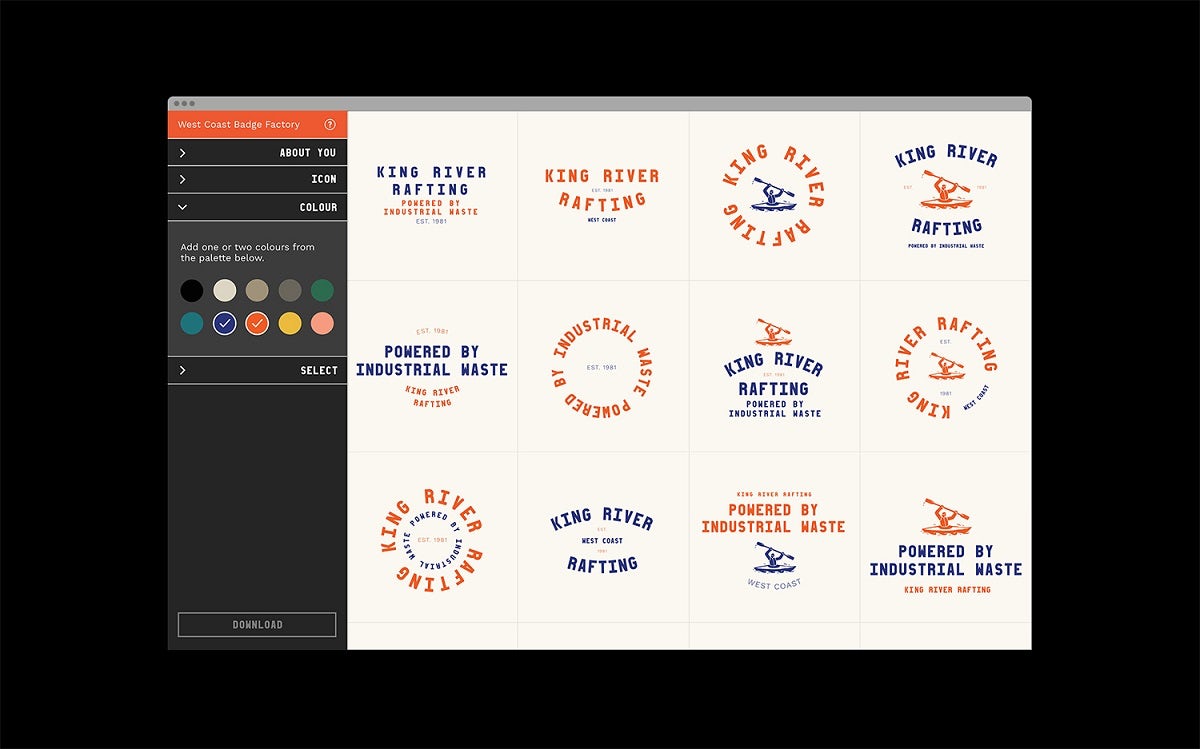 The typeface, Sidetrack, was developed in partnership with Mathieu Reguer and is based around the stencilled signs that popped up during the West Coast mining boom. Variants express different aspects of the area’s history, including an Art Deco version that references the towns’ historic architecture. The illustrations and icons, designed by Marco Palmieri, are equally charming, ranging from figures of determined hikers, miners and rafters, to noisy Tasmanian devils. Photography by Ollie Khe and Hayden Griffith focuses on the remoteness of the region, and its inclement weather, as well as its diverse wilderness – a fifth of which is designated as a UNESCO World Heritage Site

“The final objective of this project is to build a brand for the West Coast that is not only true to the people and place as it is now but that sets a bold vision for its future,” says Lester.

For The People has also published a series of Medium posts about how it worked with the West Coast community: writing a new narrative, designing brand with the community, for the people into the wilderness