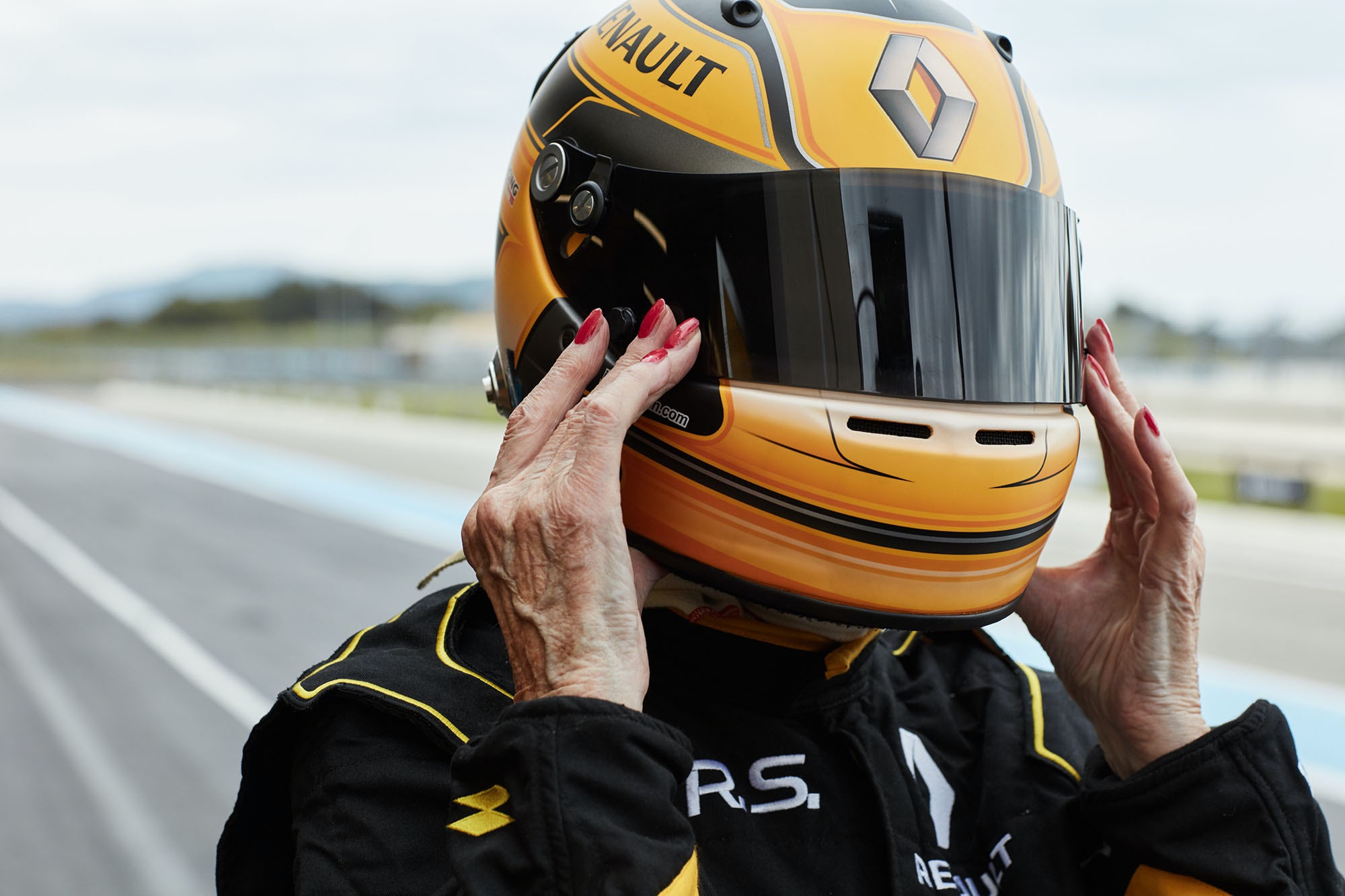 Formula 1 is a notoriously male-dominated sport – just five women have entered a grand prix in the tournament’s 62-year history compared to over 800 men. So it’s surprising to see a woman at the heart of Renault’s new Motorsport film.

An ad created by Publicis London to promote 40 years of Renault in F1 tells the story of Rosemary Smith – a former racing driver from Dublin. Smith trained as a seamstress and ran a dress shop before taking up driving. She won some of the world’s biggest rallies in the 1960s – including the Tulip Rally – but often faced sexism and discrimination. (She was controversially disqualified from the Monte Carlo Rally in 1966 after winning the ladies’ race).

In May this year, Smith became the oldest person to drive an 800bhp car at the Circuit Paul Ricard in France. The three-minute film captures her test drive in the Renault Sport Formula One™ Team car and features footage from throughout her career.

It’s an uplifting story and Smith is an inspirational figure. The film was created for Renault’s YouTube channel and also appears on its new website life.renault.co.uk/follow-your-passion.

Dave Monk, Publicis London ECD says: “It’s not very often you unearth a story like Rosemary’s. She’s a remarkable woman, a tremendous athlete, and embodies the kind of passion for life we can all learn a lesson or two from. I think this piece of work will resonate with hearts and petrol heads alike.”