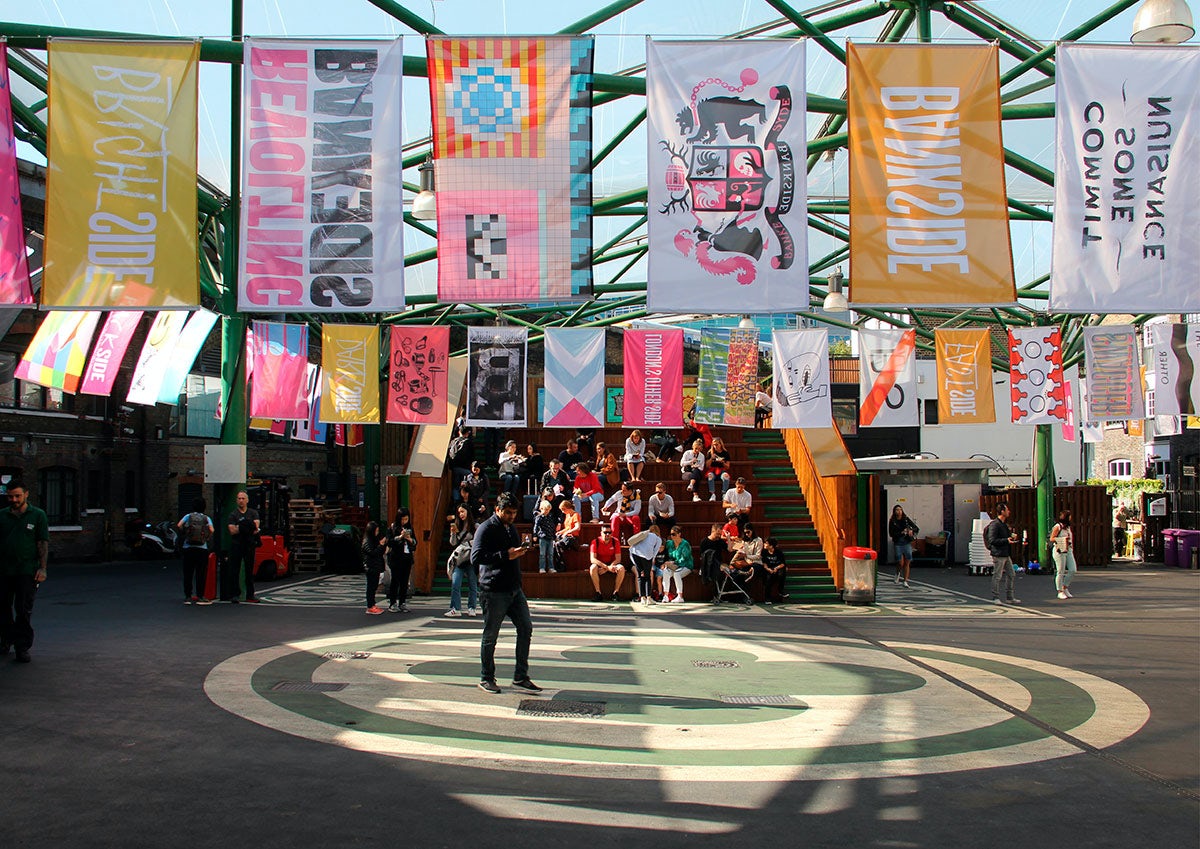 Charity Better Bankside worked with NB Studio on a project that would pay tribute to Bankside’s rebellious history and celebrate the evolution of the neighbourhood. Known as Banksyde in the 16th century, it was outside the walls of London and had a reputation of being an arty area, but equally attracted brothels, gambling dens and taverns. Now, of course, it has a mixture of establishments like the Tate Modern, tourist attractions like Borough Market, and is home to many thriving new businesses.

“The brief to NB Studio was to help us visually express the story of Bankside and communicate the area’s sense of ‘otherness’,” says Better Bankside Deputy CEO Nicole Gordon. NB Studio came up with a place-making initiative that declared the area an independent state and invited local artists to design flags for it; 40 designs were chosen and displayed in the neighbourhood during the 2018 London Design Festival. Some of the most recognisable industry names were involved in the project, including Morag Myerscough, Alan Kitching, Jim Sutherland and Astrid Stavro. The flags were later auctioned, raising money for three local charities. 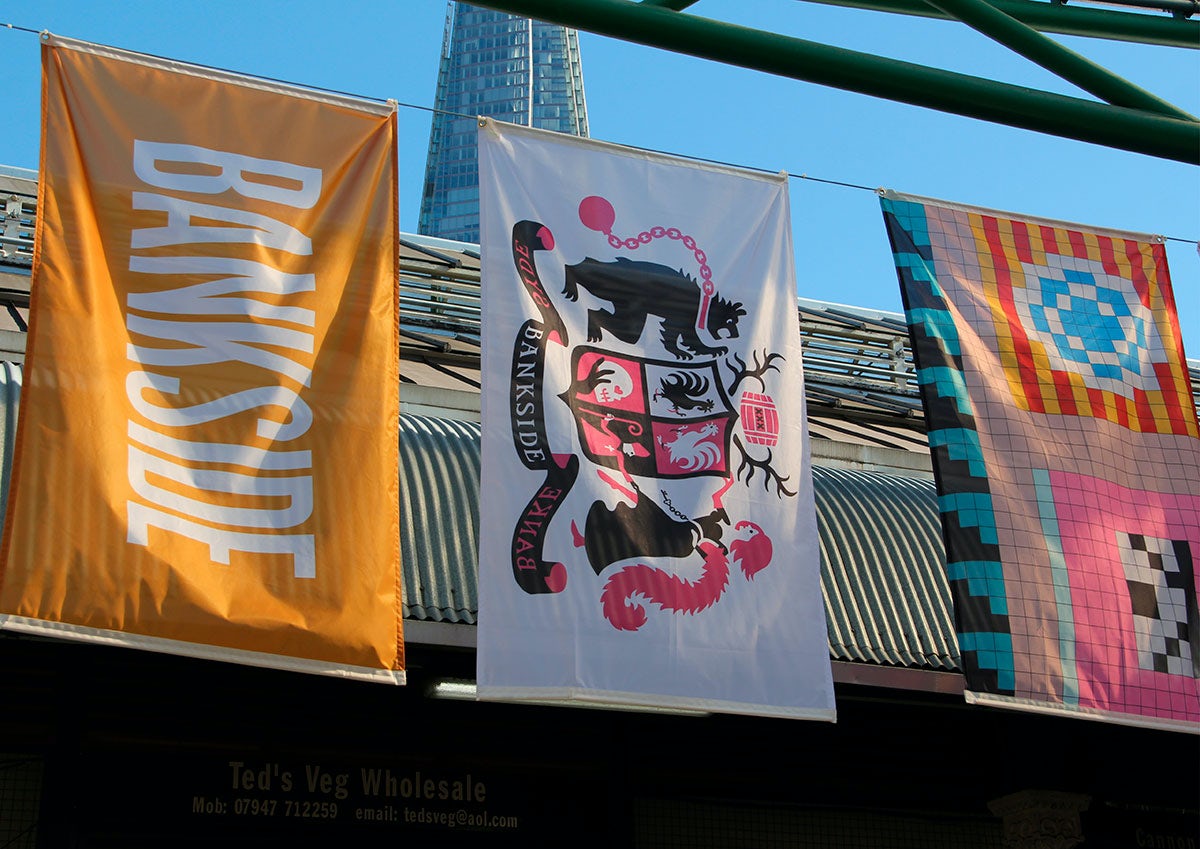 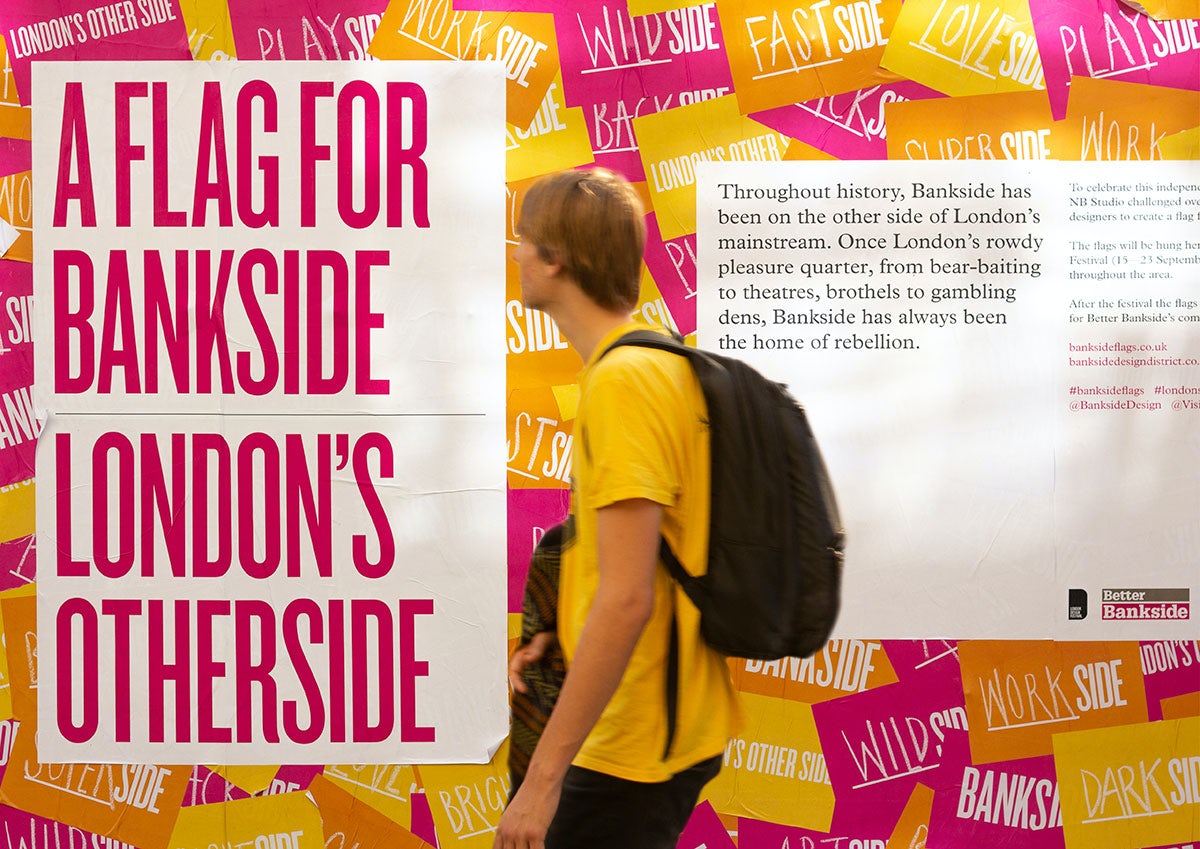