For most children growing up today, the idea of ‘play’ is more likely to involve video games and binge watching Netflix than venturing outside. Couple our screen obsession with a more health and safety conscious society, and it’s not surprising that the days of kids treating the streets as their own personal playgrounds are long gone.

Hoxton Mini Press’ latest photobook, Paradise Street, examines this generational shift through the lens of a number of contemporary photographers who lived through the era of playing outside.

The appeal of this subject in particular, says Hoxton Mini Press’ Editorial Manager Faith McAllister, was to showcase the starkly different attitudes to play culture 50, 60 or even 70 years ago compared to now. “Back then, playing outside unsupervised was the norm. The pictures are also full of humour and joy, so they were irresistible to publish,” she adds.

The book is the fourth in Hoxton Mini Press’ Vintage Britain series, and its second collaboration with the Mary Evans Picture Library in London, following another photobook on British dog shows from the 60s and 70s.

The team at the picture library began by pulling together a wide selection of images by different photographers, which span the 1930s to the late 1970s. Working with freelance designer Friederike Huber, Hoxton Mini Press founders Ann and Martin then narrowed these down to their favourites.

The final selection includes photos by well-known names such as Roger Mayne, Shirley Baker and Paul Kaye, as well as some lesser known artists, most of whom lived and worked among the people they photographed.

Mostly black and white, the photos are remarkable for the sense of joy they convey, whether it’s Paul Kaye’s shot of three children leaping over a skipping rope in Balham, or Shirley Baker’s endearing image of a young girl in Manchester pushing her doll’s pram while wearing her dad’s oversized shoes.

“We hope viewers will get a sense of the lost freedom of playing outdoors, and perhaps rediscover the physicality of spending more time outside – be that children or adults,” says McAllister. 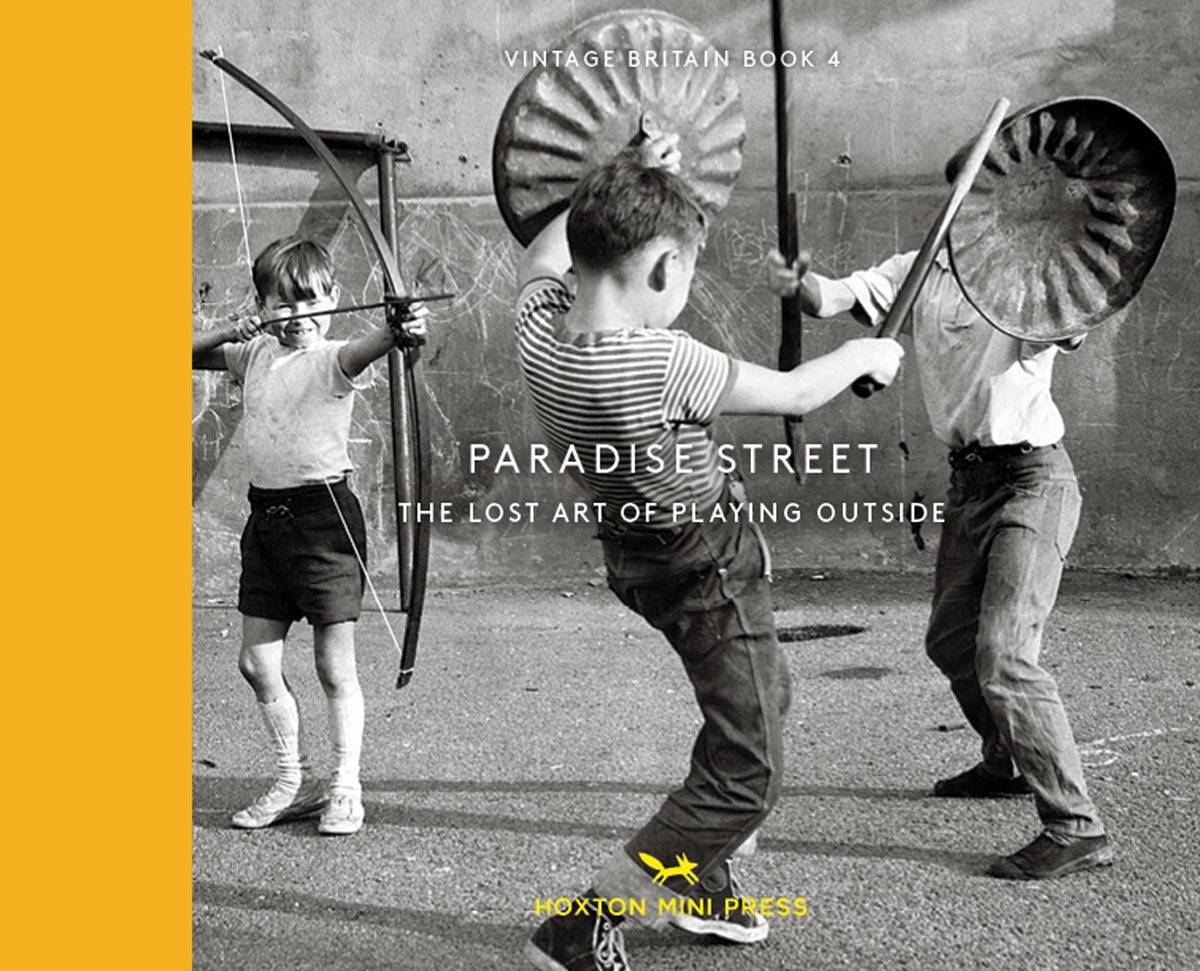 Paradise Street: The lost art of playing outside is published by Hoxton Mini Press, and costs £16.95; hoxtonminipress.com