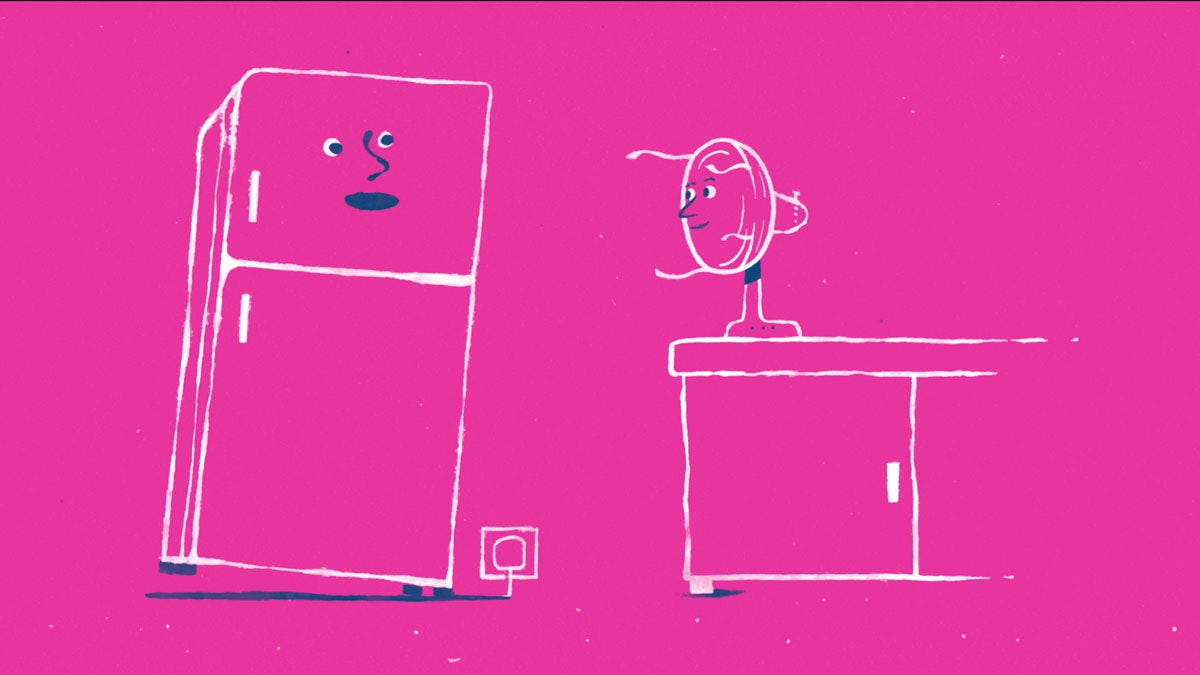 It’s safe to say that energy companies haven’t been doing too well on the customer satisfaction front of late (the price cap scandal being just one recent example).

Founded in 2015, start-up Bulb has been taking a markedly different approach from the ‘big six’, focusing on providing affordable and renewable energy to its growing customer base.

The brand is also hoping to set itself apart from the dearth of uninspiring energy ads that we’re used to seeing on our sceens with its first TV campaign, a series of 2D animated spots created by Anomaly.

Directed by Alex Grigg and Joe Pelling (of Don’t Hug Me I’m Scare fame), the ads enlist the help of various cute characters including unicorns, a chatty fridge and a giant kelp, voiced by comedians Tim Key and Ellie White.

Bulb’s distinctive bright pink brand colour has also been used as the backdrop for the campaign – a far cry from the blue hues traditionally associated with energy companies.

Anomaly ECD and Partner, Oli Beale, says: “I hope these don’t feel like energy adverts, because a) Bulb aren’t like the other energy companies. And b) energy adverts are generally crap.”