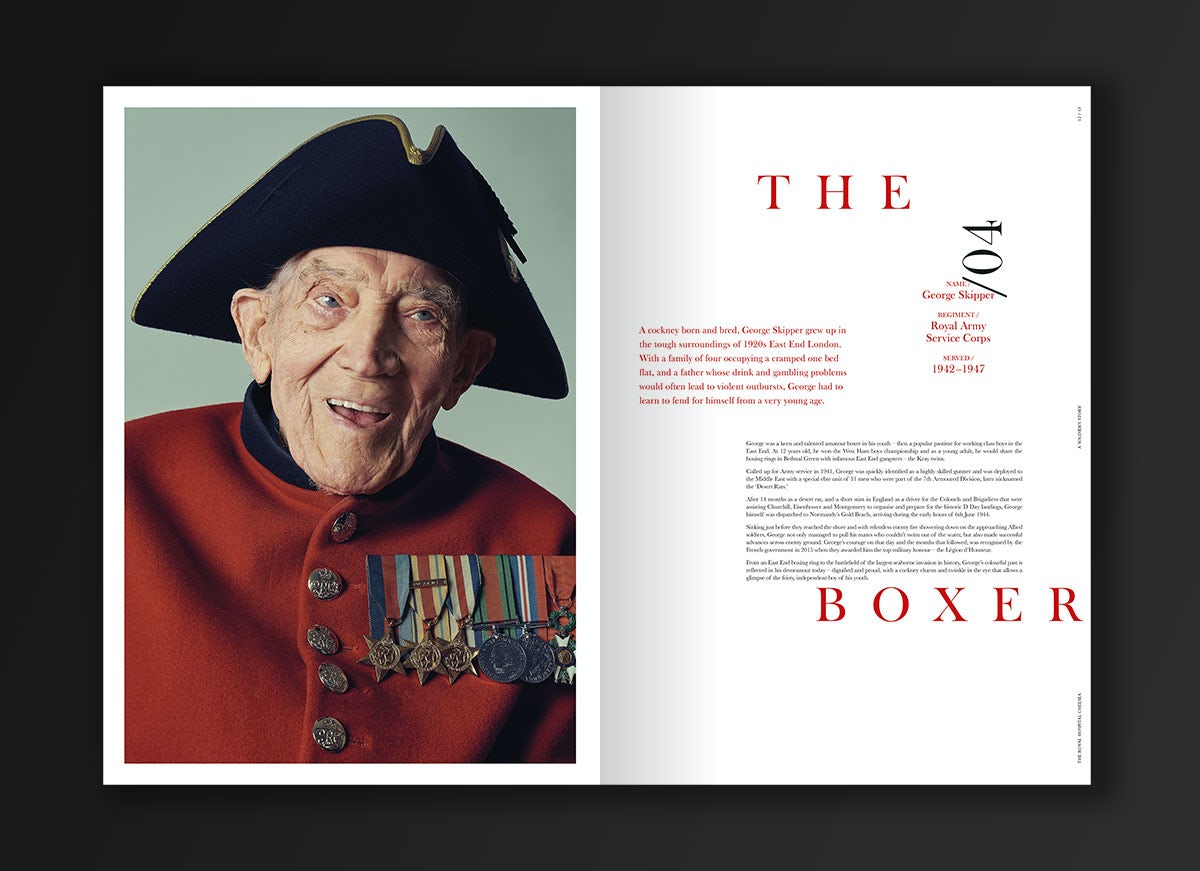 London’s Royal Hospital Chelsea has provided care for retired veterans of the British Army for more than 300 years. Deep was tasked with creating a new brand identity for the charity that would hero those veterans, who are known fondly as the Chelsea Pensioners.

“In a crowded charity sector, we have been keen to make the brand more memorable, surprising, emotive and human, so the focus is not just on history and institution, but on anecdotes and stories from the hospital’s best brand ambassadors: the pensioners themselves,” says the agency. 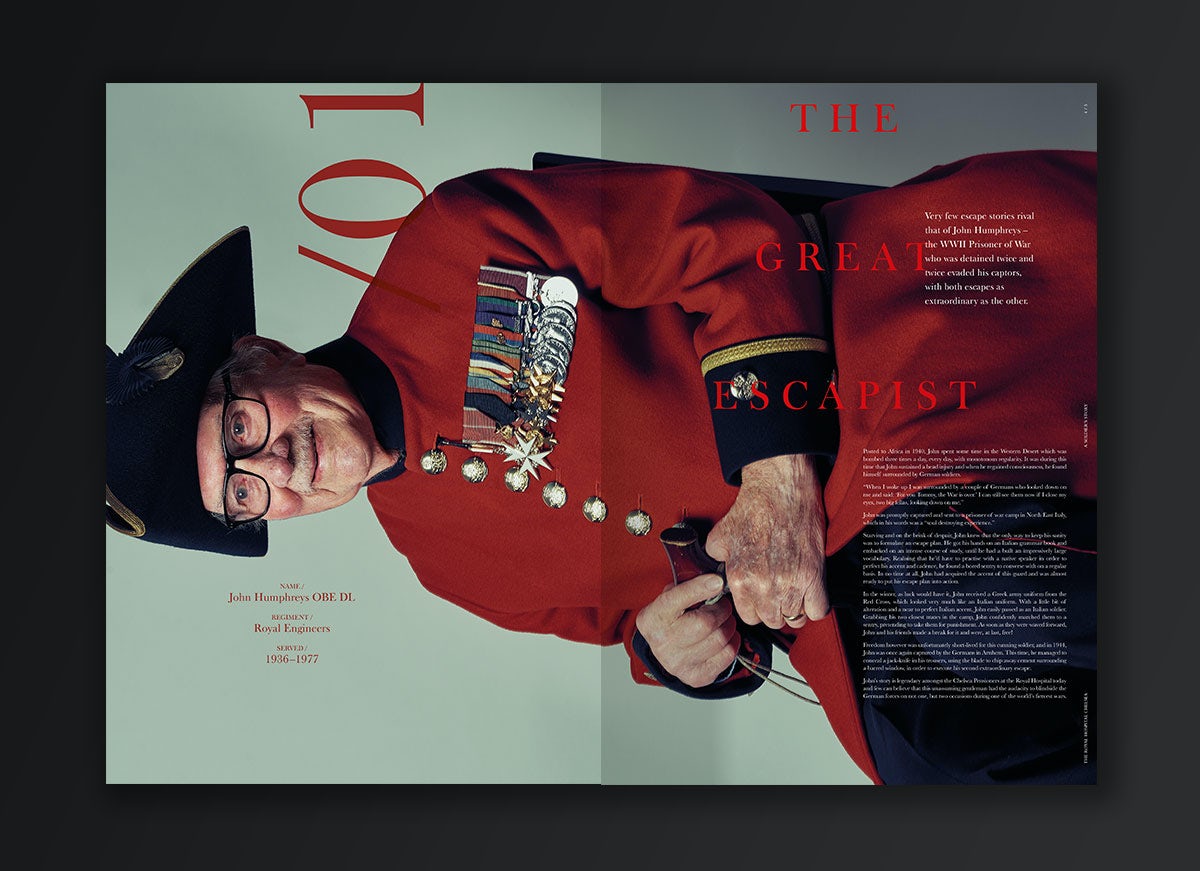 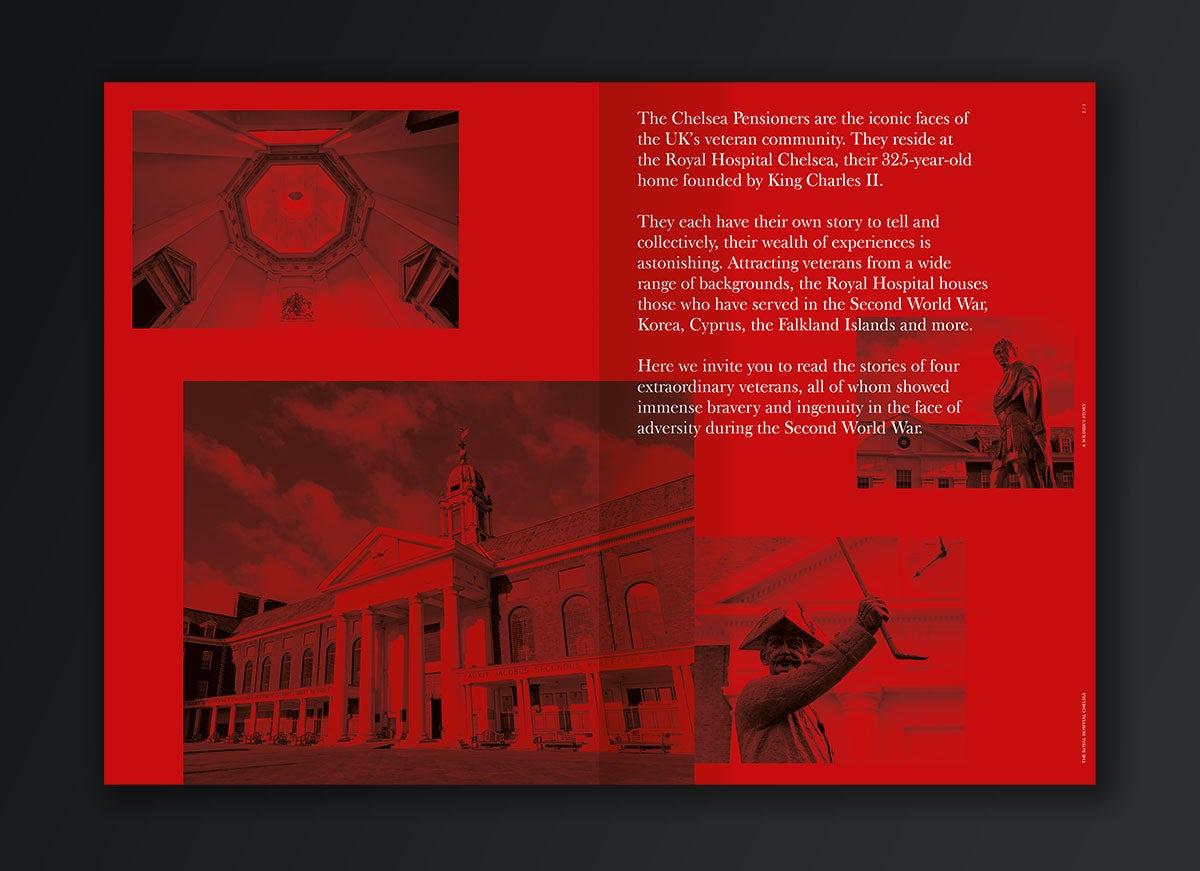 A brochure titled A Soldier’s Story tells the fascinating tales of four Second World War veterans from the hospital: a Bletchley Park codebreaker, a prisoner of war escapee, and two D-Day veterans.

The accompanying imagery taken by Deep’s in-house photographer ditches the more formal approach traditionally used for portrait photography of this kind. Instead, the revealing portraits show the personalities behind the uniforms, and show off the human side of the charity to the wider public.