While entomophagy (also known as the practice of eating insects) is already commonplace in many countries across the world, up until recently westerners have been squeamish about the prospect of swapping their usual packet of crisps for dried crickets.

Over the last couple of years we’ve seen a range of food companies experimenting with branding and packaging to encourage people to get on board with the idea that insects are often better for both our planet and our conscience. 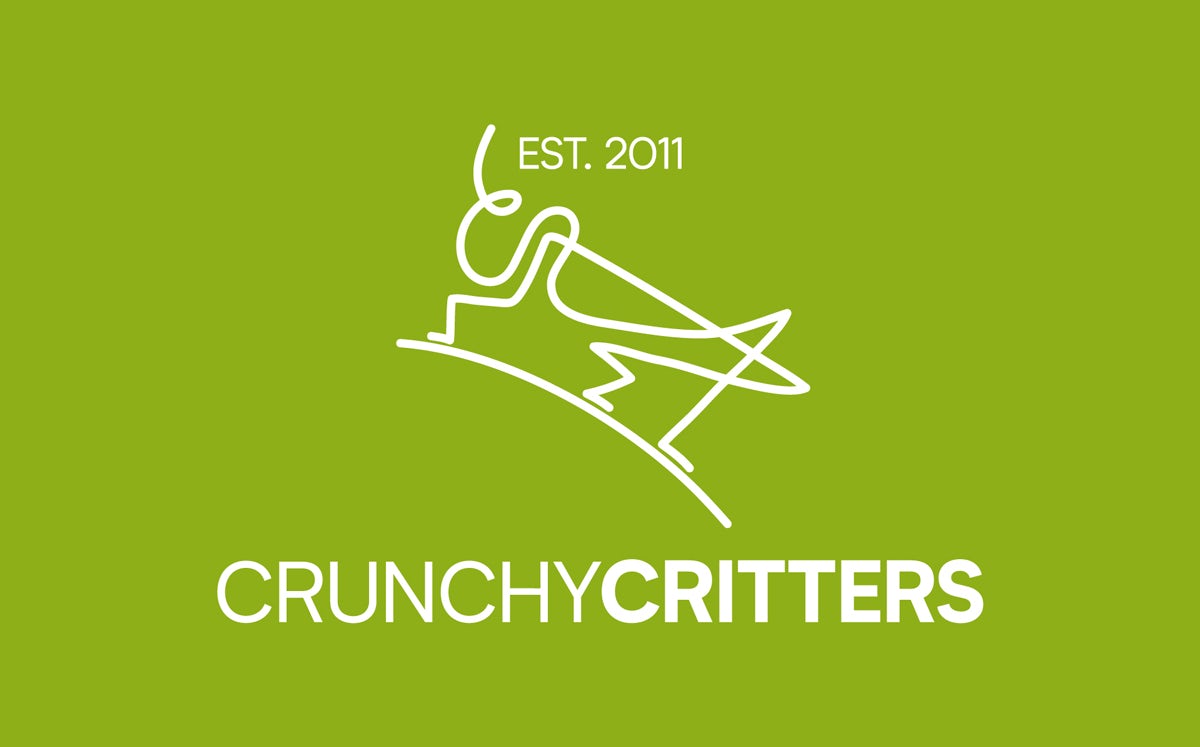 While some brands have opted to go down the novelty route, and others have erred more on the subtle side, Crunchy Critters’ new branding seems to be trying to straddle both of these approaches simultaneously.

Sherlock Studio was tasked with creating a visual identity that would complement Crunchy Critters’ new range of products, which combine insects including worms with more familiar ingredients and flavours such as dried beans and smoked paprika. 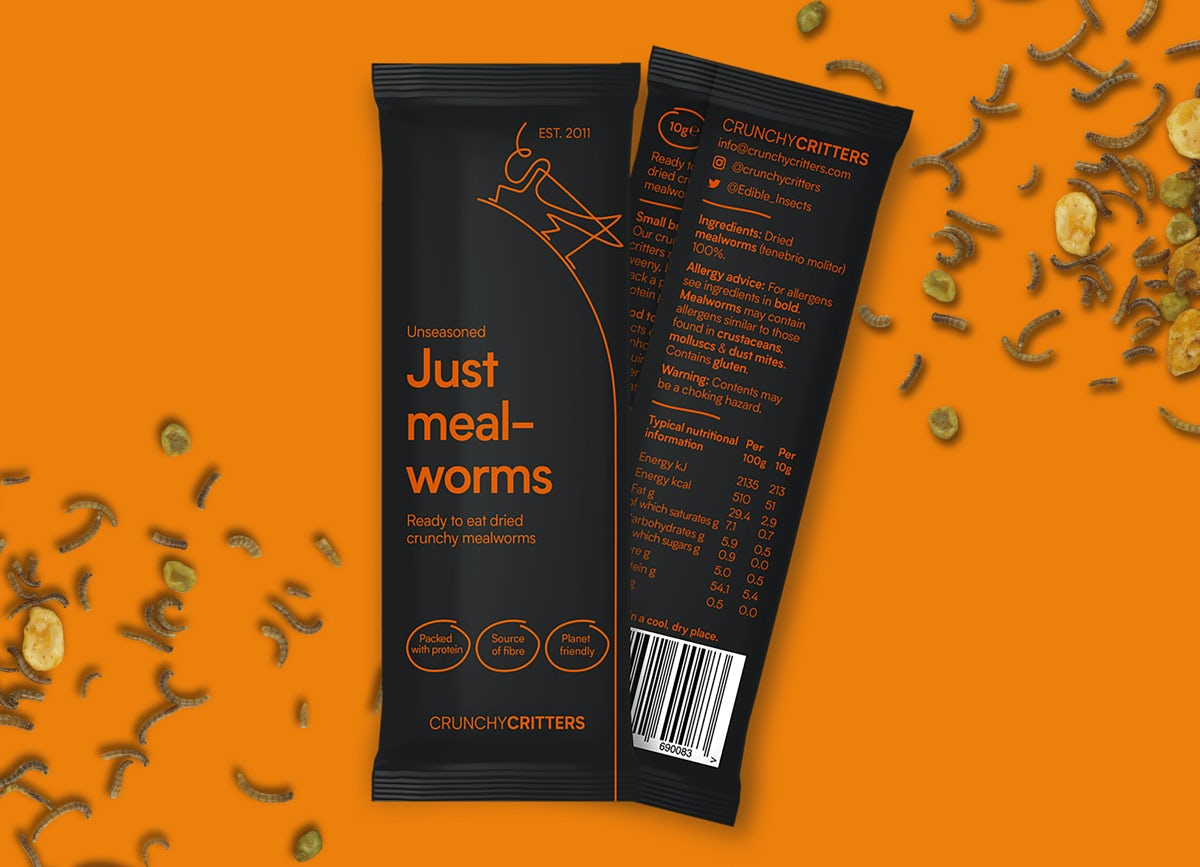 “We had to consider how to extend the appeal of the brand to the more serious consumer, but at same time, not alienate the existing consumer base. For example schools, and those eating insects out of curiosity,” says the studio’s stategy director, Rich Ford.

Choosing a bug logo as the centrepiece of the new identity may seem like a pretty upfront approach to showing potential customers what they are letting themselves in for, but by executing this with a subtle line illustration style, Ford hopes it will help to “normalise” the offering. 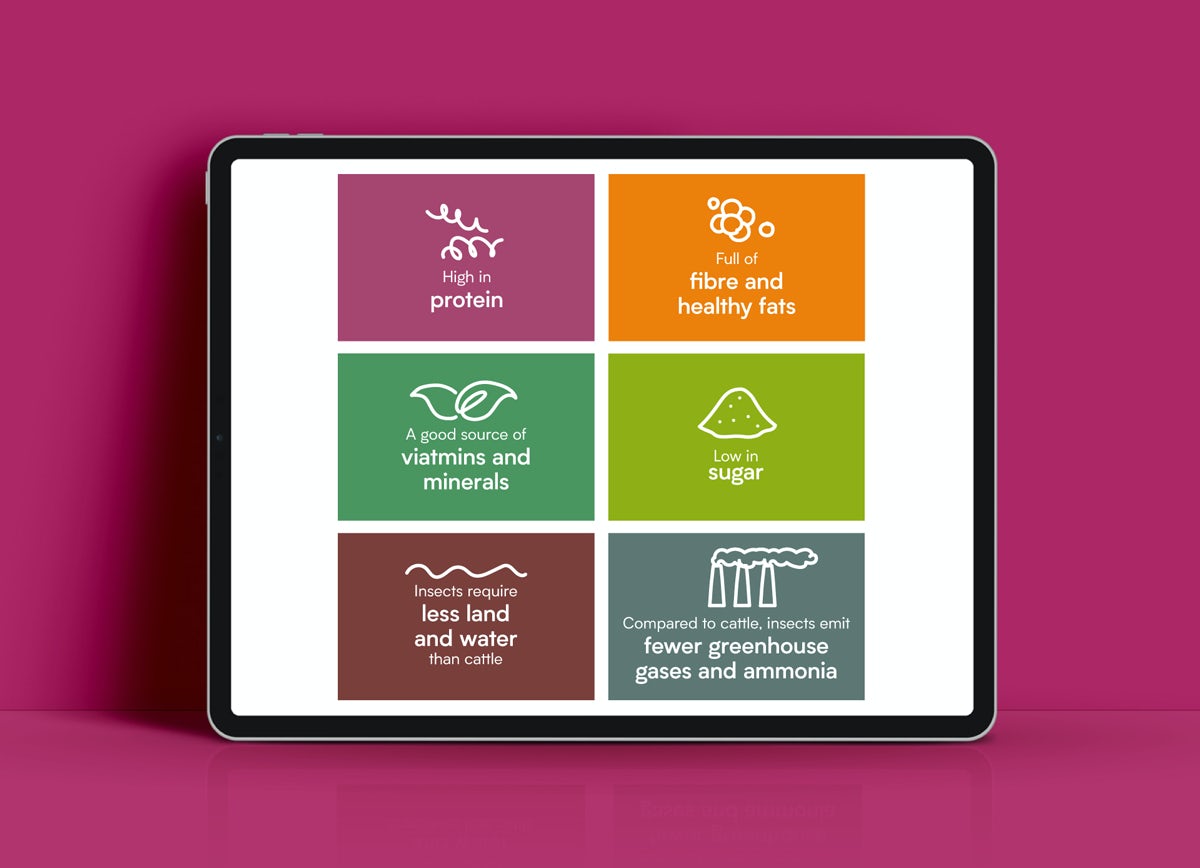 A poppy colour palette and sans serif typeface also helps give the ‘grab & go’ style packaging a more modern look, but the studio was keen that the brand’s tone of voice in particular should be staight-up about what is on the inside.

“We didn’t try to mask the fact that these products are based on insects,” Ford explains. “By tackling the ‘ick factor’ head on, we hope the brand will play its part in changing consumer attitudes in the longer term. When you first read ‘worms, beans & peas’, it perhaps seems a brazen choice for a product name, but after that, it feels as normal as ‘peanuts, cashews & raisins’ or ‘cocoa puffed rice’.”