The landscape of gaming has changed dramatically since the rise of early arcade video games in the 70s. Despite the array of all-singing, all-dancing games vying for our attention today, there is a still a huge amount of nostalgia for the games that defined pretty much every 80s kid’s childhood (arguably helped by the Stranger Things effect).

While there has been much written about the influence of arcade games on popular culture, a new book is honing in on a small but vital detail of the gaming experience: the pixel typeface. Painstakingly compiled by Monotype typeface designer Toshi Omagari, the book highlights the creativity of video game designers during this period, who were having to create fonts within the confines of an 8×8 square grid.

Here, Omagari discusses the process of tracking down the typefaces for hit games ranging from Super Sprint to Shinobi, along with some more obscure examples, and the enduring appeal of retro gaming.

Creative Review: Where does your interest in video game typography stem from?
Toshi Omagari: I grew up with video games, so that was always part of my life. I later chose typography as my career, when I started paying serious attention to what the gaming industry has been doing with regards to [type]. I think there are lots of people like me who are interested in video game and typography, or design in general, but I guess I was in the fortunate circumstance of having the right experience, skill set, and plenty of time to be able to tackle the subject head-on.

CR: Why did you want to make a book on the subject?
TO: I think retro gaming is consistently popular, and there is plenty of literature about other aspects of it – game design, music, tech, etc – but there was no book focused on fonts and typography, at least in English. I knew this was not because of a lack of interest, since I discovered more fellow enthusiasts when I occasionally delivered presentations on the topic. I knew it was something anyone could understand and appreciate, no matter if they lacked experience in gaming or design, or both. When it comes down to it, it’s a quite simple world of letters in pixels and colours.

CR: What was the research process like?
TO: I graduated from a research-oriented postgraduate course [at Reading University], so my research was very academic and obsessively thorough. The research took place entirely on the internet of course, using things like arcade game database websites, gameplay videos and game graphics websites. Once I got a font image, I would use glyphs.app (my favourite font editor that has colour font support), run my DrawBot Python script on the image to generate a SVG colour font, then make a visual dasabase using HTML to be viewed on FireFox, the only browser that supported that font format.

CR: Do you have any personal favourites?
TO: Atari’s Marble Madness had two wonderful thick and thin typefaces that were probably designed by Mark Cerny, currently the lead architect of the latest PlayStation consoles including the upcoming PS5. Sky Fox was a sexist game whose enemies were bikini ladies riding dragons in space, but also had a script face that did not feel like it was designed in an 8×8 pixels monospace format. Black Heart uses a very thick typeface with an equally thick and colourful extrusion. Taito’s RayForce has a pseudo-interlace effect in the typeface that has to be seen in animation. Konami’s The Simpsons perfectly captures the look of the typeface from the show.

CR: Why do you think retro games are having a wider resurgence now?
TO: I think arcade is not necessarily coming back as mainstream, but retro gaming possibly is. The Nintendo and SEGA mini consoles are selling very well, and there are quite a lot of new independent games with retro aesthetics. It may be driven by nostalgia of people who grew up with those games and now have disposable income. Retro games are also simpler, requiring no internet connection or in-game purchases that plague the industy. I can see people being fed up with these modern headaches and seeking more straightforward experiences. 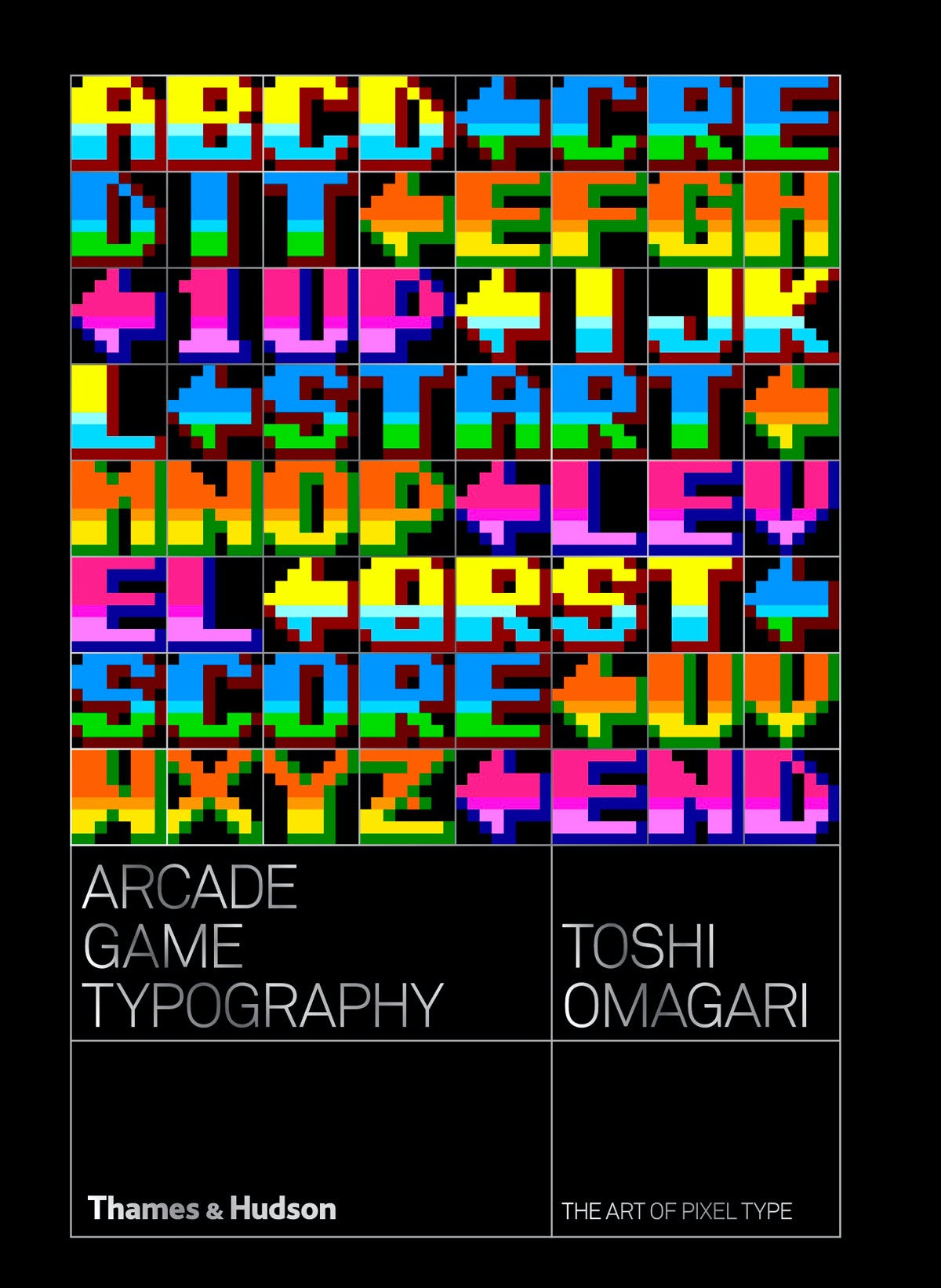 Arcade Game Typography: The Art of Pixel Type is published by Thames & Hudson on 31 October; thamesandhudson.com