A24 has carved a niche as one of the most unusual production and distribution companies around the moment. Known as much for its offbeat movies as its peculiar selection of merchandise, it’s been welcomed as an antidote to the big Hollywood movie machine.

Whether its a mid-90s fingerboard, the face of Hereditary’s Toni Colette printed on a badge, or a range of sold-out clothing, A24’s catalogue of film-inspired wares is helping to build the quirky persona that sets it apart. However, it also produces more insightful items, including a collection of zines guest edited by the directors of its productions and, as of today, a new series of books exploring A24 movie releases in greater detail.

The books focus on three films from A24’s roster: Moonlight, Ex Machina and The Witch; each a challenging and visually captivating watch. All books will feature the full screenplays as well as a section called 24 Frames, a range of stills chosen by the directors for their significance.

Social media users pricked up their ears upon hearing that the book for Barry Jenkins’ Oscar-winning film Moonlight features a foreword by R&B artist Frank Ocean. Elsewhere, A24 is delving into The Witch, the 2015 supernatural horror directed by Robert Eggers, giving insight through interviews and production sketches as well as a fictional story inspired by it. Alex Garland’s Ex Machina (2014) is the focus of the third book, featuring stills, essays and concept art.

A24 worked with design studio Actual Source on the books, which all feature stylistic traits from the respective films. “Each book has its own typography and colour, but the front covers all share a stationary type lockup that unifies the set,” A24’s creative team tells CR.

“For The Witch design, it was important to Robert Eggers that we use typefaces that were accurate to the film’s period,” the team adds. “That book uses revivals of Flamande, a black letter type dating to 1571, and Gros Canon, a roman type from 1573. We also commissioned original woodcuts for each of the section pages based on stills from the film.”

When it came to deciding on the three books for the series, it seemed like a natural choice. “Ex Machina, The Witch, and Moonlight are each only three-four years old but already feel like classics,” the team says. “Alex Garland, Robert Eggers, and Barry Jenkins are exceptional screenwriters, and reading their scripts you appreciate how in control they were of their vision, and how precisely they were able to articulate it.”

While A24 has a growing back catalogue of gripping, influential films, not all of them would necessarily lend themselves to the format of the books, says the creative team, largely because of the changes that occurred during the production process. “We have done some great films that don’t bear much similarity to their screenplays. Sometimes it’s because of the improvisational style of the performances, other times a movie just takes on a new structure in the editing room,” they explain. However, fans of A24 can rest assured that there will be more books on the way in due course. 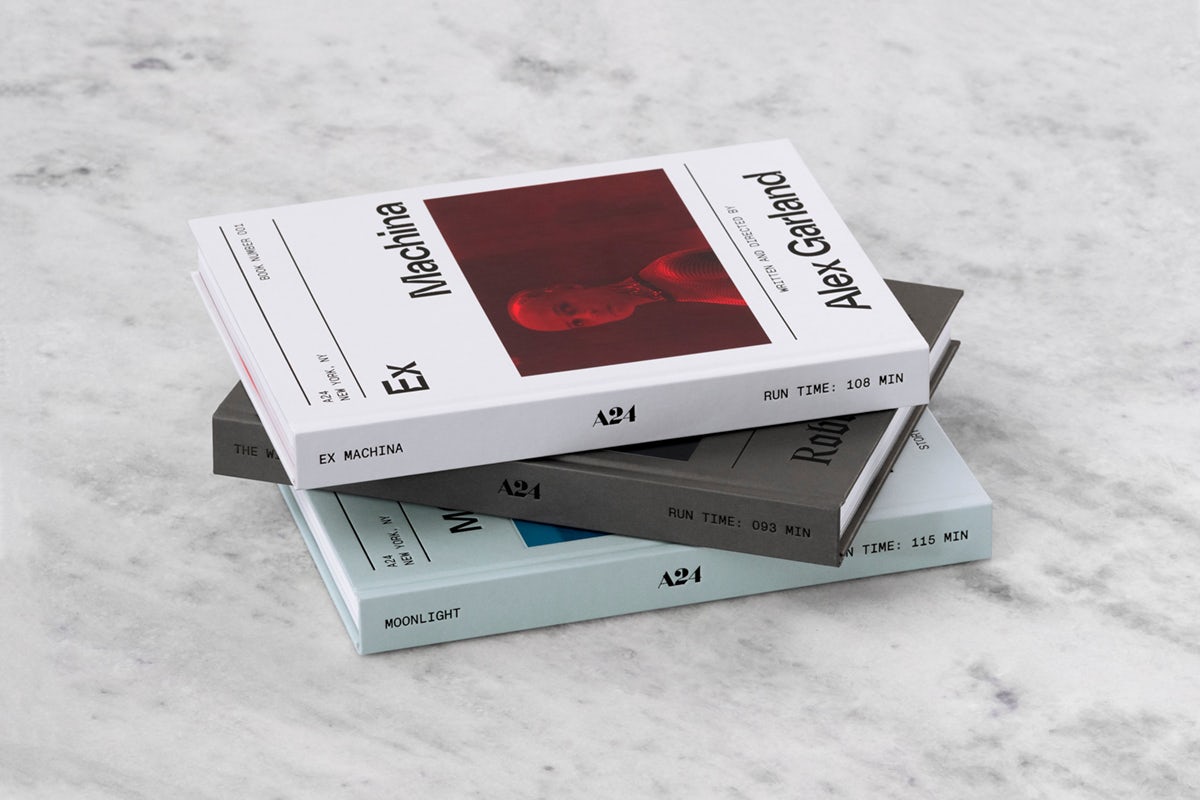 A24 books will be available to buy online from September 30 for $60 each; a24films.com

New Eels video tells the story of an interplanetary friendship

Where does virtual clubbing go from here?

Inside the world of creative residencies