Shot over the course of the winter of 2017 in the Shiga region of Japan, Carine Thévenau’s body of work titled Seasonal Abandonment of Imaginary Worlds is a dreamy series of photographs; former sites of play, now empty. Covered in a blanket of snow, it’s clear that the cold has something to do with the playgrounds being abandoned, but the faded pastel hues hint at more long term neglect.

The deserted scenes are symptomatic of an ageing rural population, the photographer explains, the result of both a lowering birthrate in Japan and the fact that young families regularly move away from Shiga and to the cities for economic opportunity. 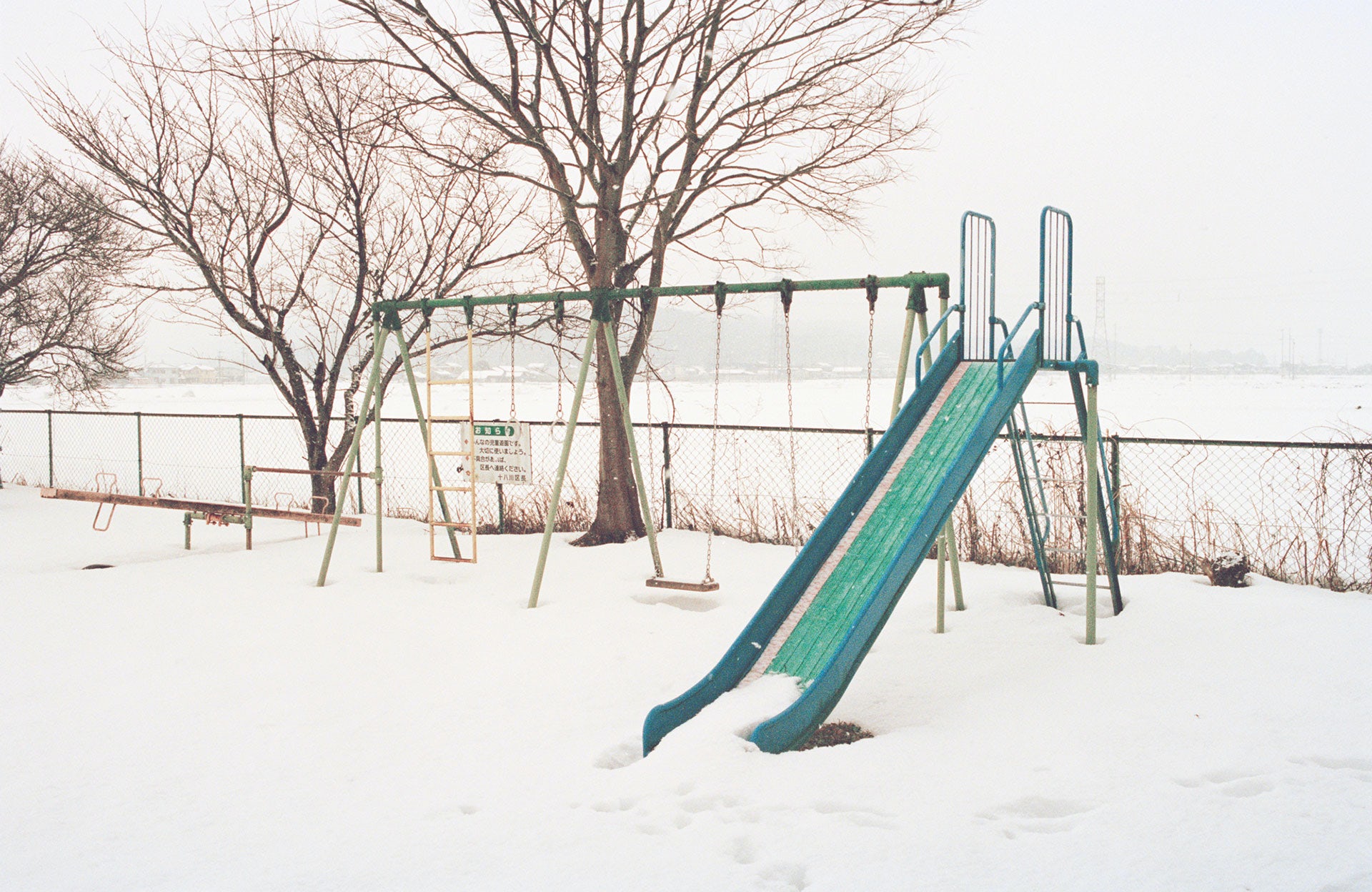 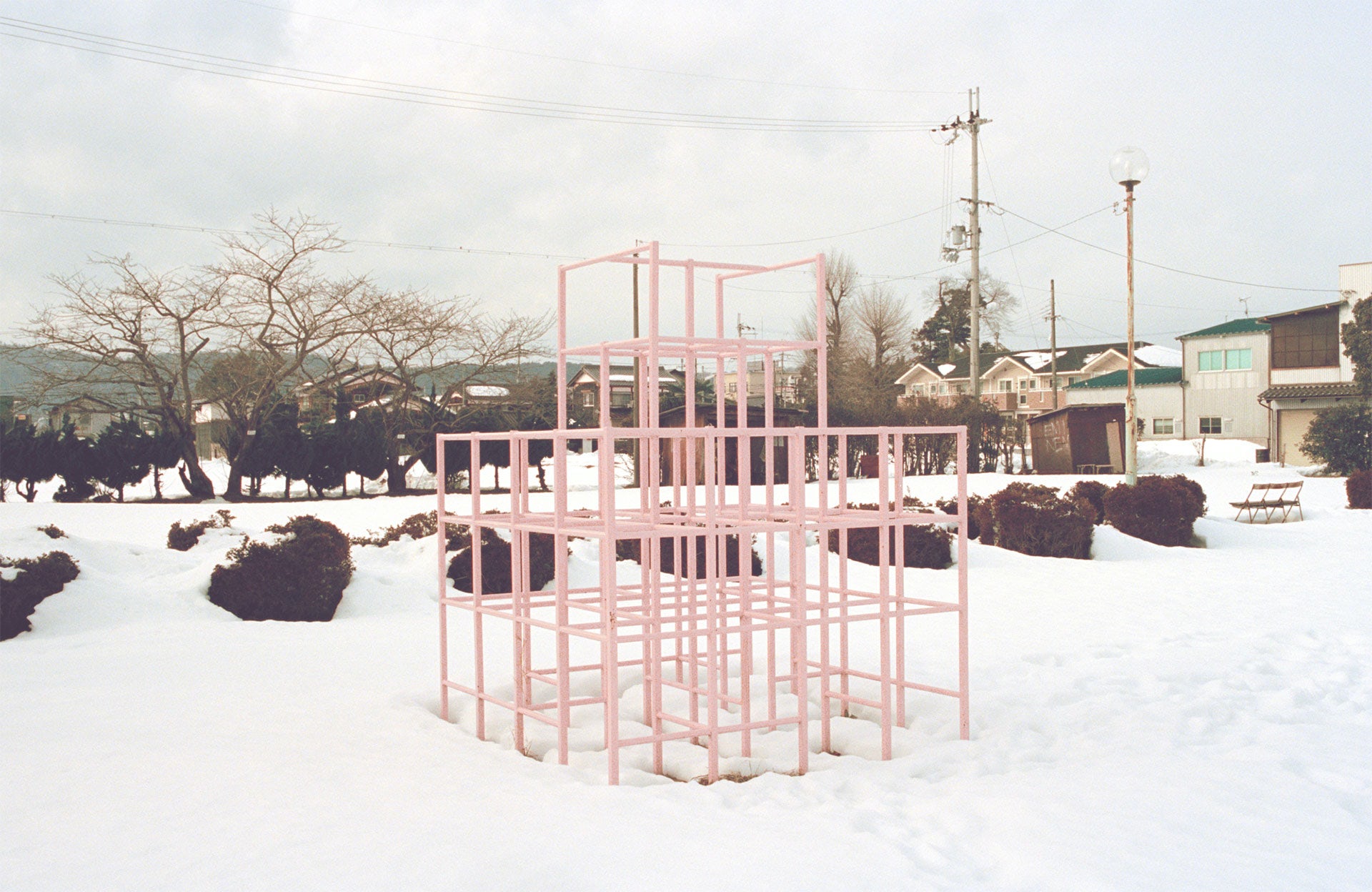 According to Thévenau, the way these playgrounds have been left to age is quite reflective of Japanese culture and she points to the difference in the way abandoned spaces of this sort may be treated elsewhere in the world.

“[Even while abandoned] they are all in very good condition, in that they are not vandalised and have no graffiti on them,” she says. “Some of the playgrounds are at least 20 years old or older and thus have endured the raw elements through each season, which may also contribute to the faded colour palette.” 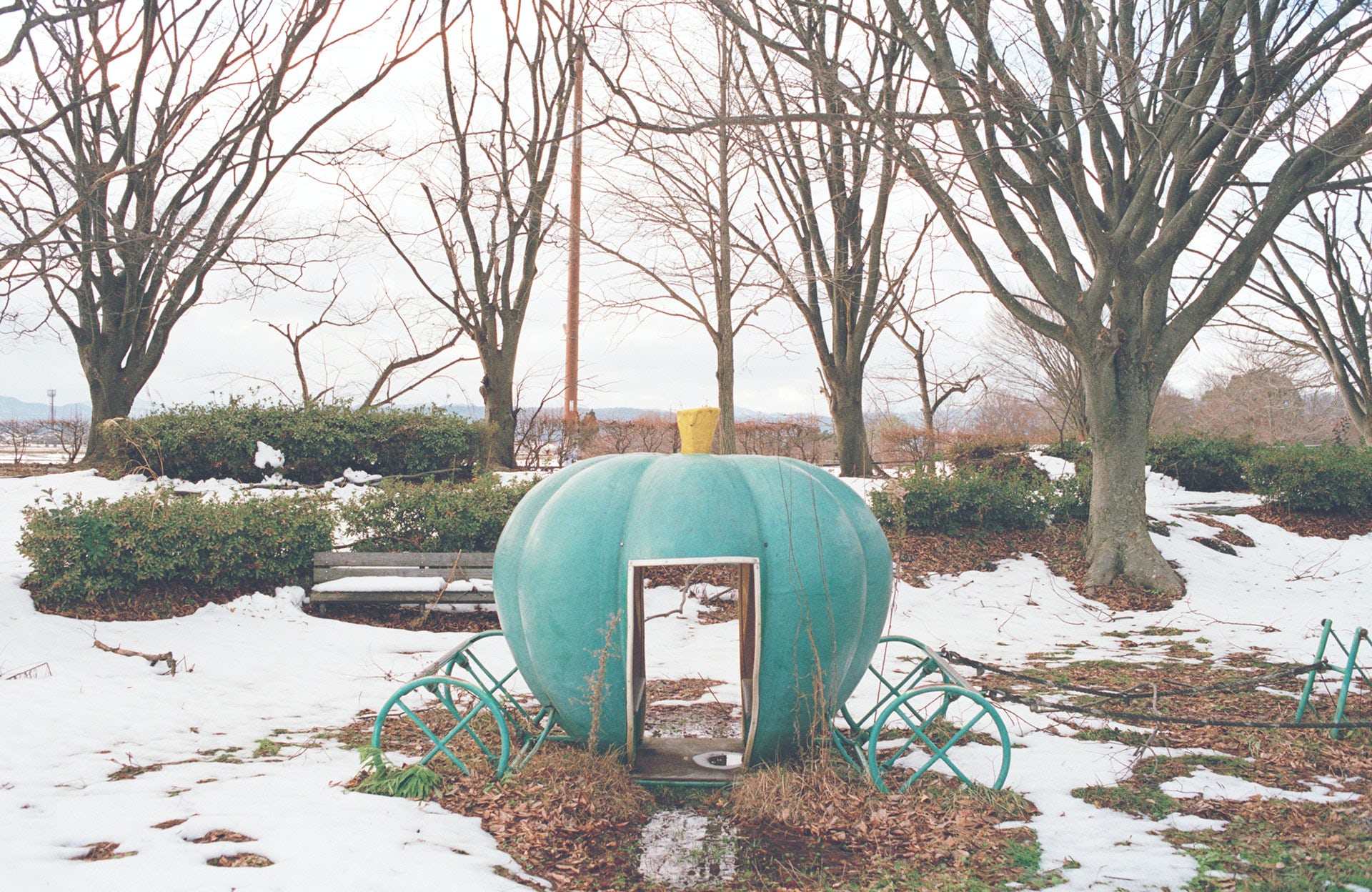 The way the structures have aged speaks to how they were built. “In Australia [where Thévenau is from], our generic playspaces are in primary colours and are generally plastic. They are bulldozed or replaced upon the first signs of degradation. The playgrounds [shot for this series] are predominantly metal or wood.” Their construction means they can be allowed to age, can can be mended or refurbished, instead of being destroyed at the first signs of wear.

Thévenau says that after she shot the series, she began thinking about the passage of time and the transformation of things through time. “I discovered the description of spacetime, in motion, by French philosopher Pierre-Felix Guattari and Gilles Deleuze as ‘an origami like structure of spacetime folding, unfolding and refolding’,” she says, and so began experimenting with folding prints into traditional Japanese origami. Some prints from the series are sold with the fold marks in them, a recognition of the artist’s experiments with the craft.

This body of work is on view until April 8 at Koskela Gallery in Sydney as part of Sydney Design Week. Some of prints are sold with origami fold marks on them. The work will also be published by in a limited edition photobook, available to pre-order here. carinethevenau.com, @carinethevenau