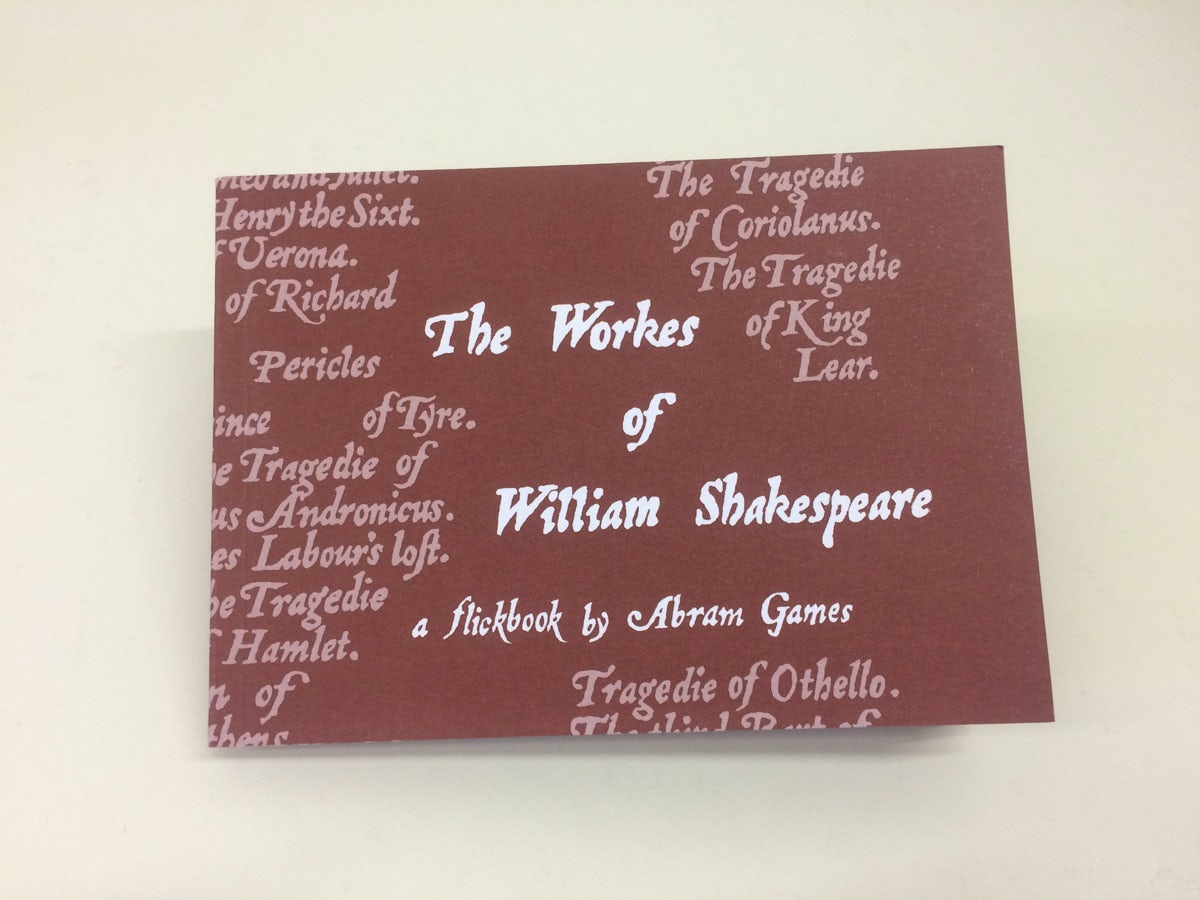 Abram Games is one of Britain’s most treasured design figures of the 20th century. Born in 1914, he was best known for his work as the UK’s official war poster artist during the Second World War, as well as creating the emblem for the Festival of Britain in 1951.

A lesser known fact about Games is that he became increasingly obsessed with inventions. Later in life, he designed products including a vacuum coffee maker for Cona and a copying machine small enough to fit in the palm of someone’s hand.

Now, one of Games’ unrealised inventions is being brought to life, as publisher Pallas Athene releases a flickbook that gradually reveals the face of William Shakespeare through the titles of his plays. The book features all 37 of Shakespeare’s plays in the order that they were printed, and is based on the now world-famous poster Games was originally commissioned to create for a Royal Shakespeare Theatre fundraising initiative in 1975.

Games’ daughter Naomi first discovered a mock-up of the flickbook after his death in 1996. “After Abram died, I was left to look after his huge archive [including] hundreds of sheets of progressives and bits and pieces from 60 years’ worth of work,” she says. “Among the piles was a dummy Abram had made of the flickbook. He designed it two years after the original poster was produced and was always determined to get it published one day. Being my father’s daughter, I was too, and I found a brave publisher willing to take it on.” 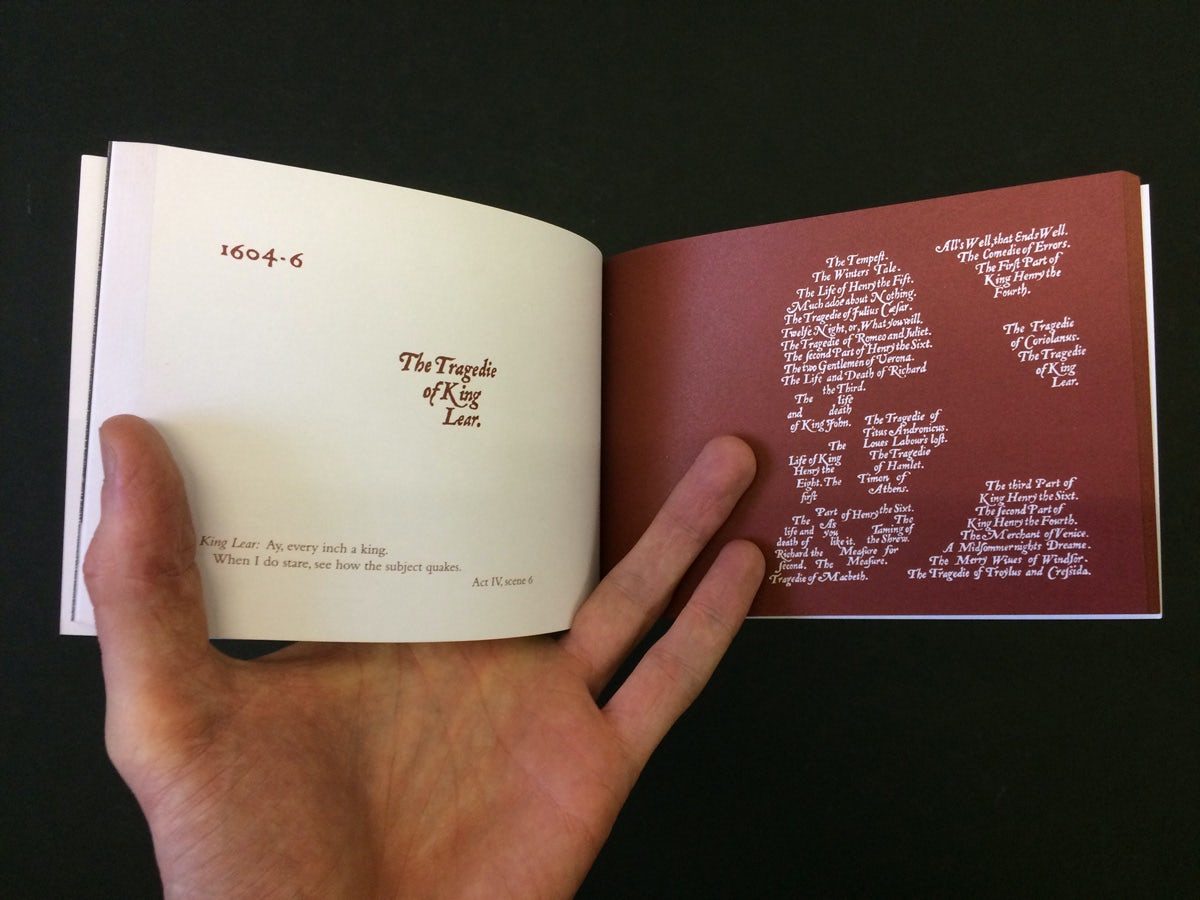 Alongside the flickbook, Games also uncovered a document titled Shakespeare Title-Portrait Project. The document listed design specifications for a whole host of other objects inspired by Games’ original poster, including an umbrella, mugs, a jigsaw and glassware. She is now hoping to make these artefacts envisaged by her father a reality, with an accompanying Kickstarter campaign to coincide with the launch of the book.

A Shakespeare Flickbook: Comedies, Histories and Tragedies of William Shakespeare is published by Pallas Athene and costs £8.99