From pastel hues to hyper-stylised symmetry, the thing that arguably binds together all of Wes Anderson’s beloved films is their distinctive aesthetic, which typically feels almost too meticulously constructed to be real.

Since 2017, Wally Koval has been trying to bottle the director’s unique brand of visual magic in the form of Accidentally Wes Anderson, an Instagram account dedicated to images of eye-catching locations around the world that look as though they’ve stepped straight out of one of his movies.

The account’s delectable imagery and fascinating insights into the stories behind these locations has earned it cult status among dedicated Anderson fans and curious newcomers alike.

It now boasts well over one million followers on Instagram, and is so beloved by the team at the social media giant that a conference room in its New York City office is apparently named after it.

The secret to the account’s huge success has been its consistent commitment to nailing the director’s stranger than fiction aesthetic. Speaking to CR previously, Koval said: “I don’t think there’s a concrete way of defining it, simply because I think it kind of goes beyond just the characteristics we might list.

“I see it more as a little amorphous, you just kind of know it when you see it. I think that makes it all the more fun when you happen upon it in real life, especially when you’re walking down the street and you see something that just catches your eye.”

Now, Accidentally Wes Anderson is being taken from URL to IRL in a new book of the same name. Packed with images and stories collected by both professional photographers and smartphone-wielding holidaymakers, the book also features an exciting new addition – a foreword from the filmmaker himself.

“The photographs in this book were taken by people I have never met, of places and things I have, almost without exception, never seen – but I must say: I intend to,” Anderson writes. 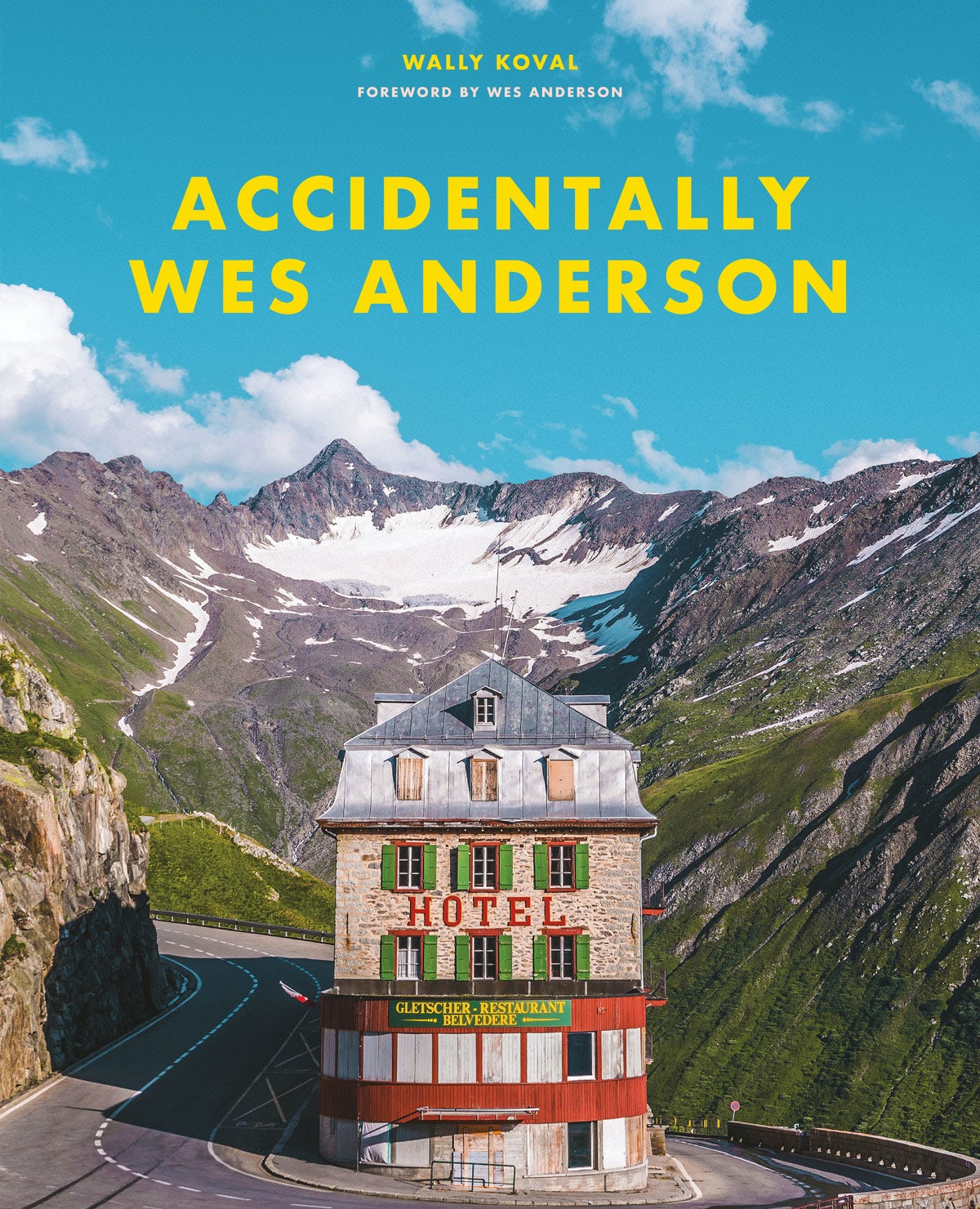 “Wally Koval and his collaborators have put together both a very entertaining collection of images and also an especially alluring travel guide (at least in the opinion of this actual Wes Anderson).”