Ace & Tate is known for its imaginative approach to the retail experience: its slickly designed stores are a far cry from your average high street optician, while it’s been behind creative campaigns such as launching a zine to celebrate its first Bristol store with local mag Crack.

The eyewear brand has also upped its sustainability game of late. It recently committed to achieving carbon neutrality by 2030; a promise which is made more challenging by its rapid growth since it launched in 2013, with the brand now encompassing over 50 stores in 10 countries. 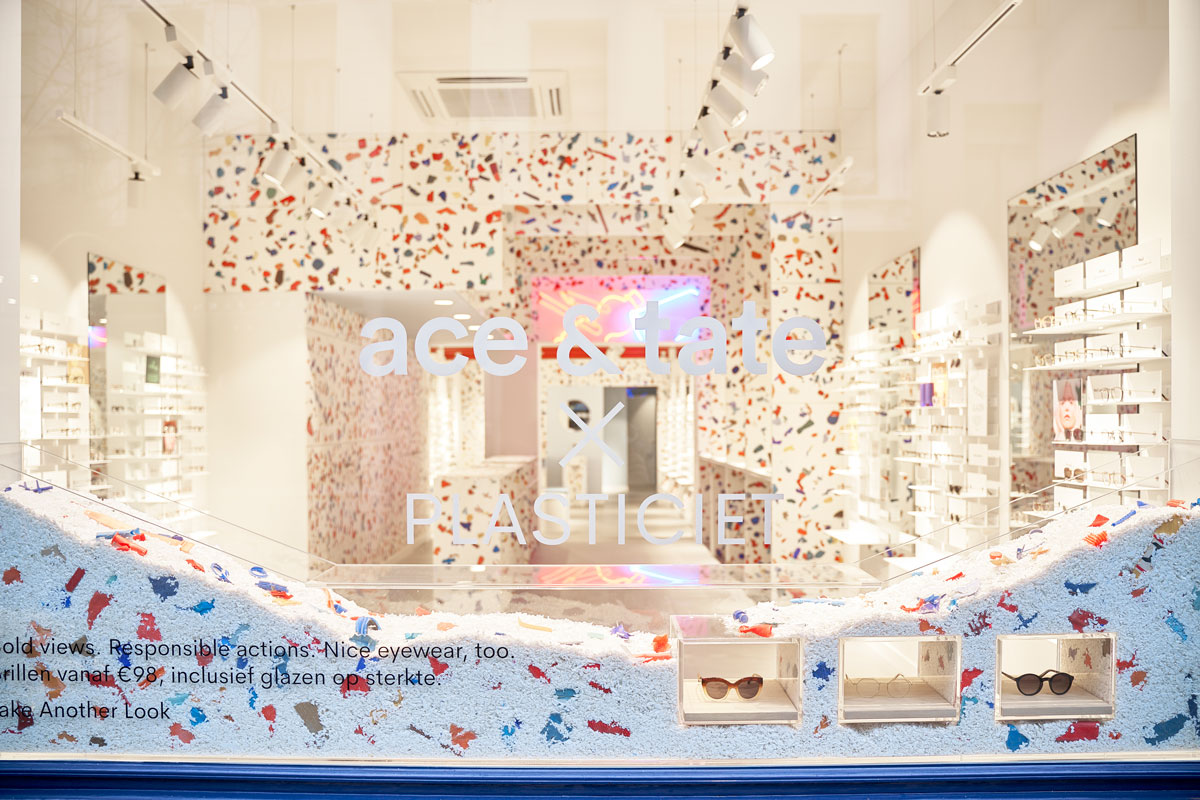 Its recent experiments have explored the idea of responsible retail design, beginning in Freiburg with a collaboration with Dutch designer Boris de Beijer, who repurposed leftover acetate into recycled merchandising blocks, and followed by its partnership with Rotterdam-based company Plasticiet to create 100% recycled plastic countertops in its Zurich store.

The retailer decided to collaborate with Plasticiet again for its new store in Antwerp, which features an entirely recycled interior made from rubbish collected from the local area. The Amsterdam-based company has made its name creating recycled sheets that nod to the aesthetic of more traditional natural stone materials such as marble and terrazzo. 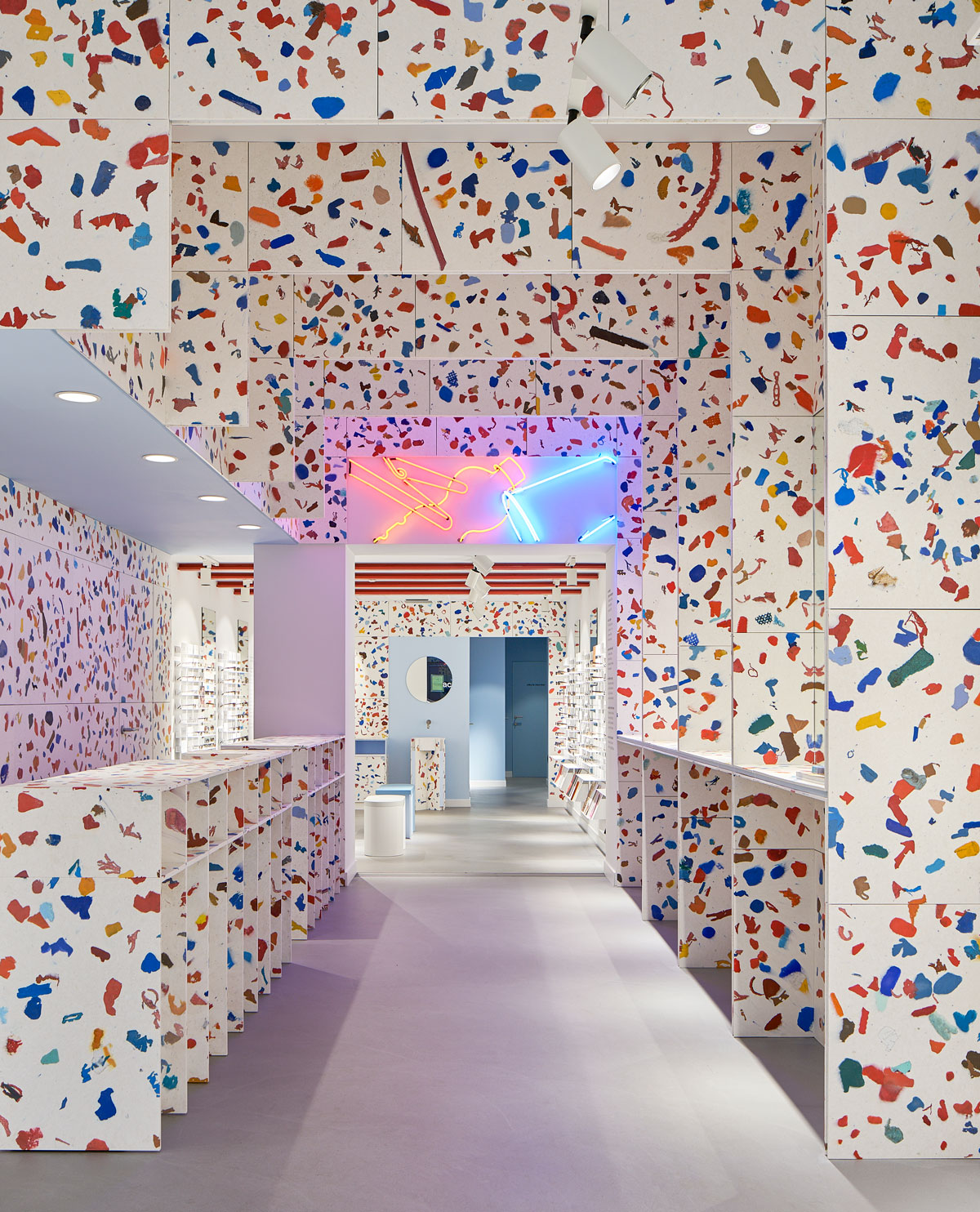 “The [Ace & Tate] store needed to tell a story so we decided we wanted to use the local waste of Antwerp, not just because it might be recognisable for the residents but also because of Ace & Tate’s aspiration to grow into a more sustainable business,” says Plasticiet co-founder, Joost Dingemans.

Envisioned as a “recycling temple”, the team’s biggest challenge was to make something unique while also retaining the simple and modern aesthetic of Ace & Tate’s retail concepts. “Because the flaked sheets are so wild it was even more of a necessity to keep the design repetitive and calm. We implemented lots of mirrors to give a more spacious feeling, and to increase the repetition in the design,” Dingemans adds. 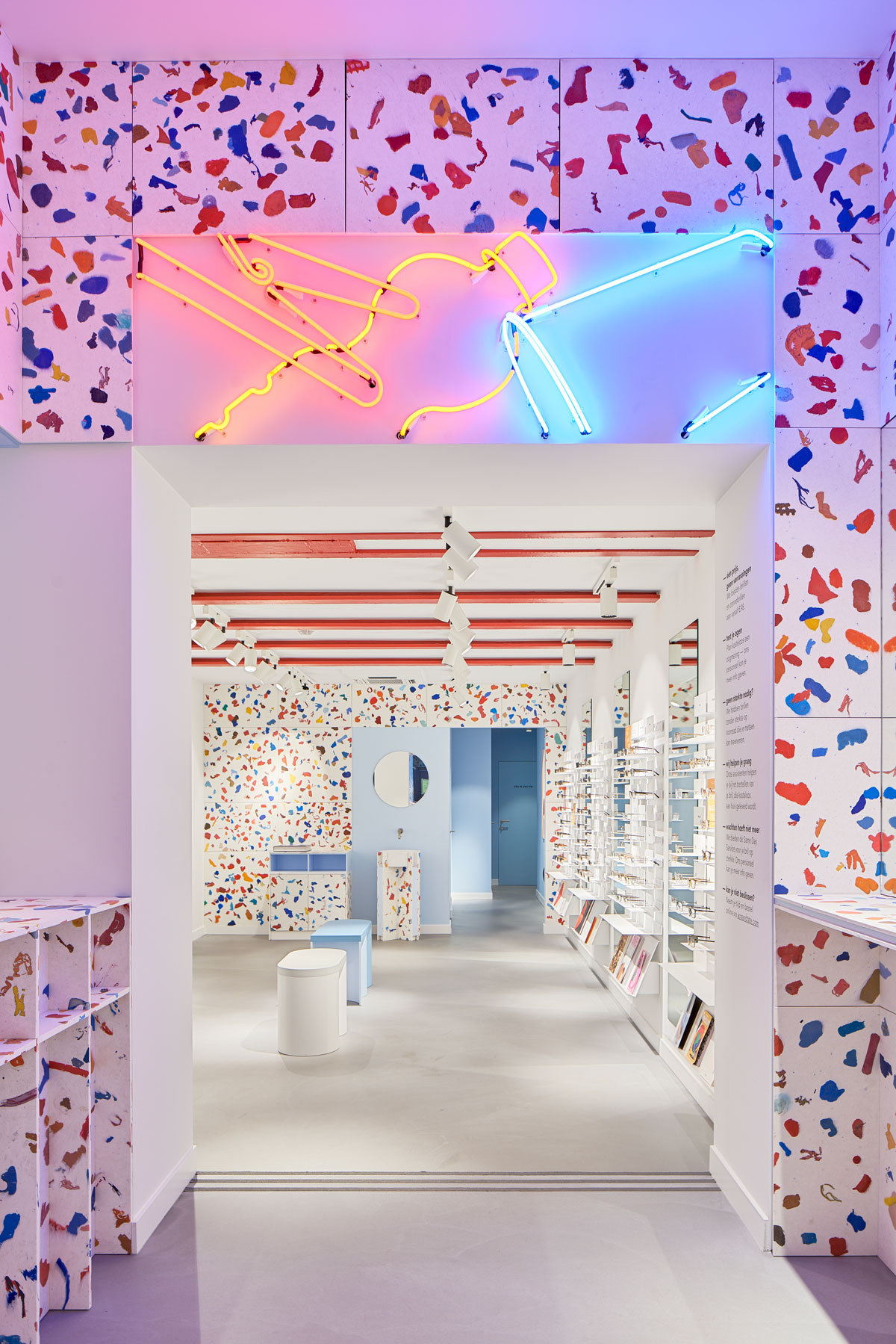 Tying everything together is an installation which uses the brand’s signature neon lighting to pay homage to everyday household objects such as plastic bottles, which are the basis of the waste material used in the interior.

Ace & Tate isn’t the first retailer to embrace the idea of reusing and recycling materials in its stores, but Dingemans thinks that the wider shift in thinking about new practices like these isn’t necessarily the whole answer to the sustainability question. 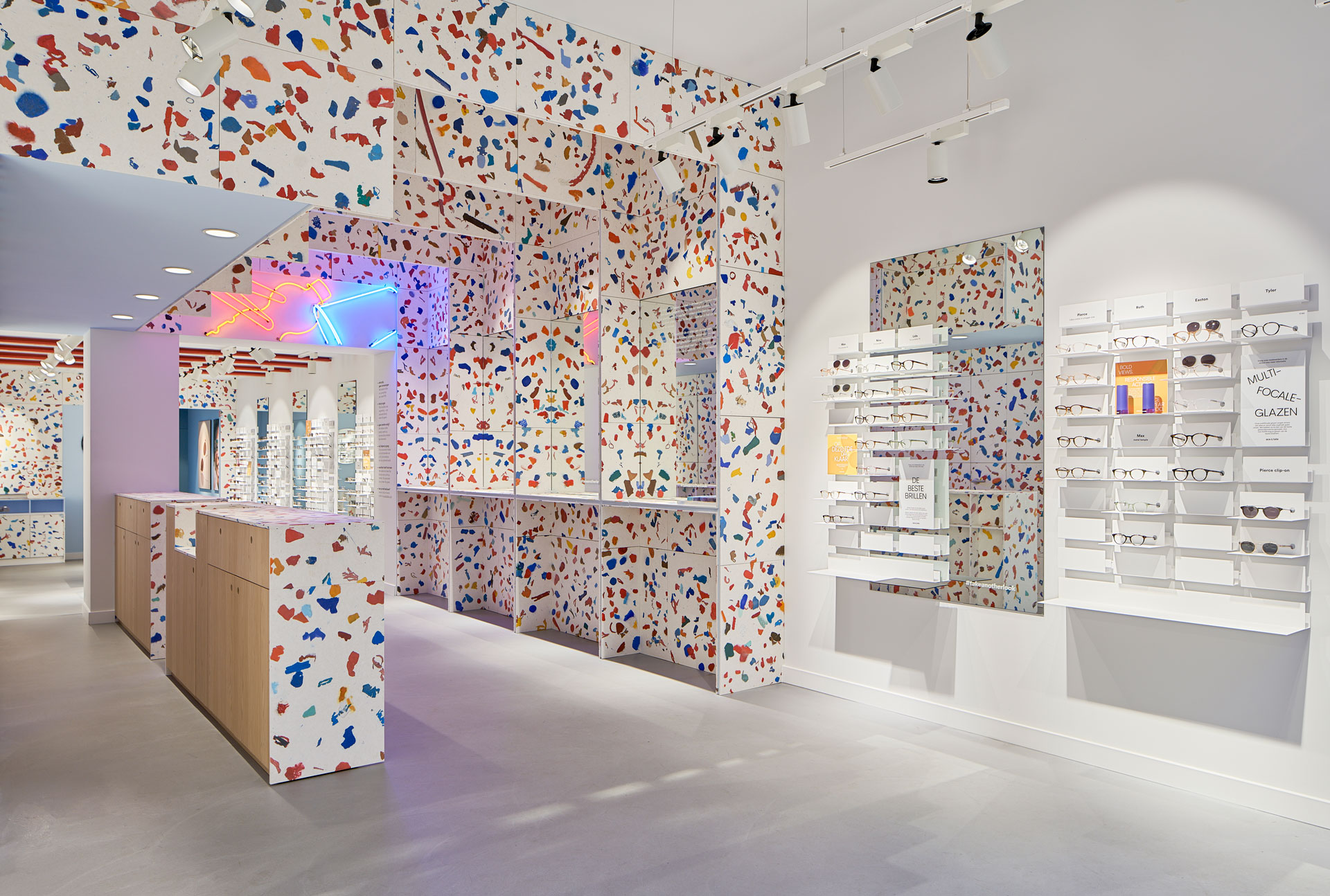 “What’s also extremely important is the way they deal with it afterwards. If a store goes bankrupt or changes its interior, what happens then? It may well be deposited into the same garbage container,” he says. “I hope that the brands behind retail don’t just use it as a way of convincing their customers that they are sustainable, while in the background the fashion industry remains one of the most polluting industries in the world.”