“Imagine a future in which we’d all take a collective moment to stop and breathe: a social ritual based on mutual understanding and empathy. Would the world be a kinder place?”

This is the question we are encouraged to ask ourselves in the opener of Ace & Tate’s latest creative collaboration, and first foray into the world of comics. A Present Future sees the Dutch eyewear brand team up with artist Freddy Carrasco to coincide with World Mental Health Day. 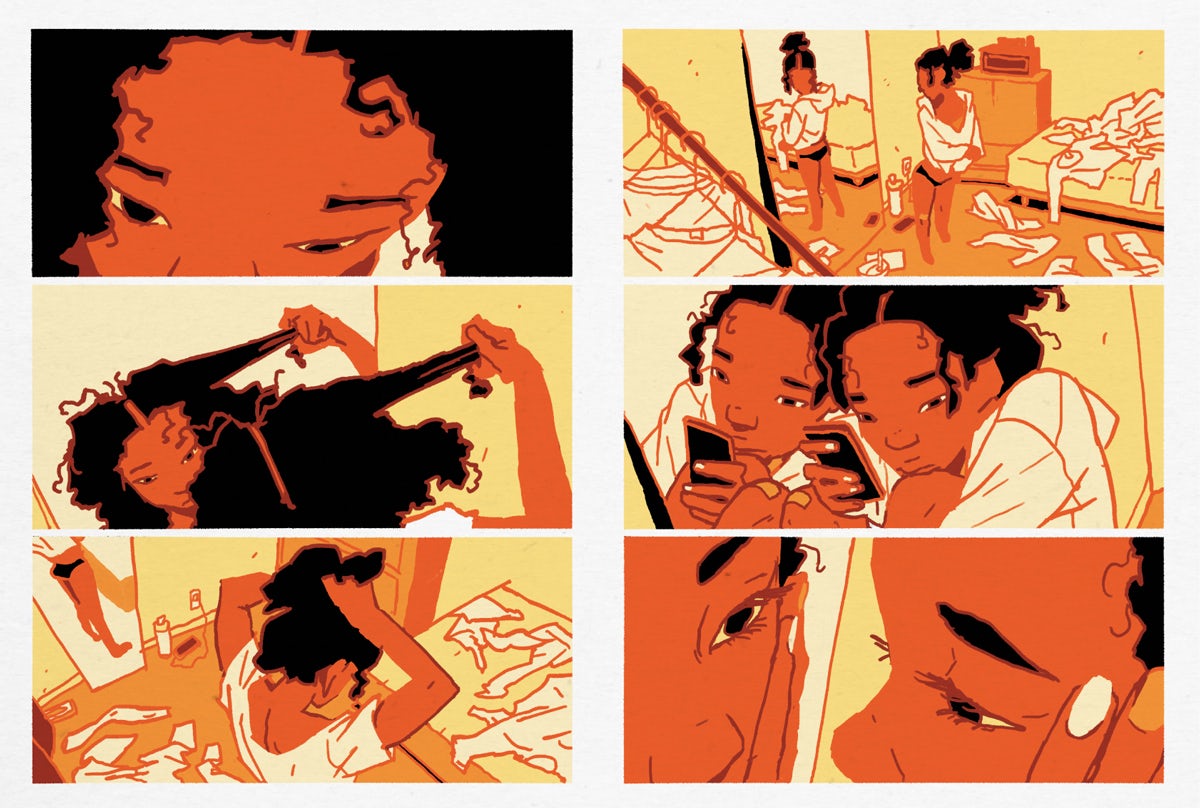 Born in the Dominican Republic, raised in Toronto and now based in rural Japan, Carrasco’s work draws on a range of influences and experiences, making him a good fit to create something that speaks beyond racial and cultural lines, according to Ace & Tate.

Set in 2076, the comic is intended to be a play on our obsession with all things futuristic. Rather than its pages being filled flying cars and AI taking over the world though, its main focus is on the power of EI, or emotional intelligence. 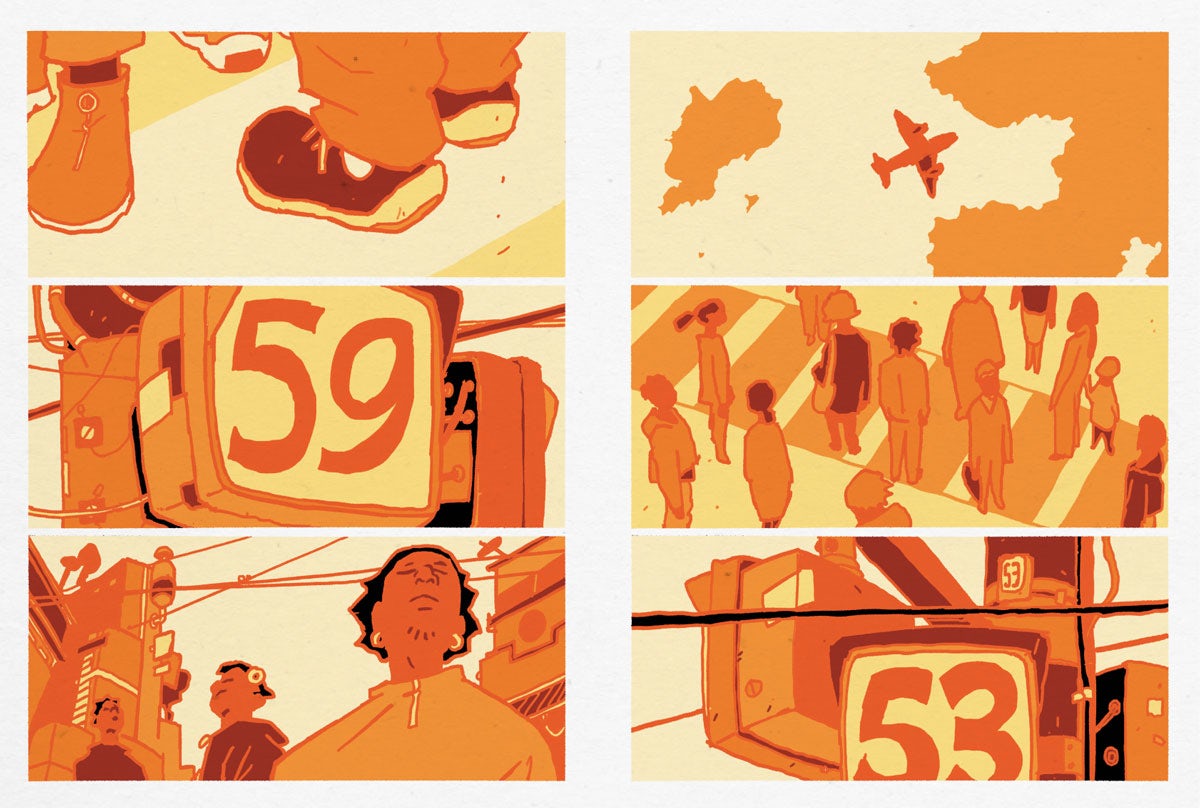 “The story depicts a future where at a certain time of day, everyone stops, takes a minute, and breathes. That’s it. Just breathe. It’s meant to be a starting point for dealing with mental health issues; every one of us can benefit from practising mindful meditation,” Carrasco tells CR.

Carrasco’s orange-tinged drawings envisage a time where many of society’s problems still exist, whether it’s around body image or our attachment to tech. His imagined city also needed to feel futuristic but relatable. “Less Star Wars, more Minority Report”, he says. 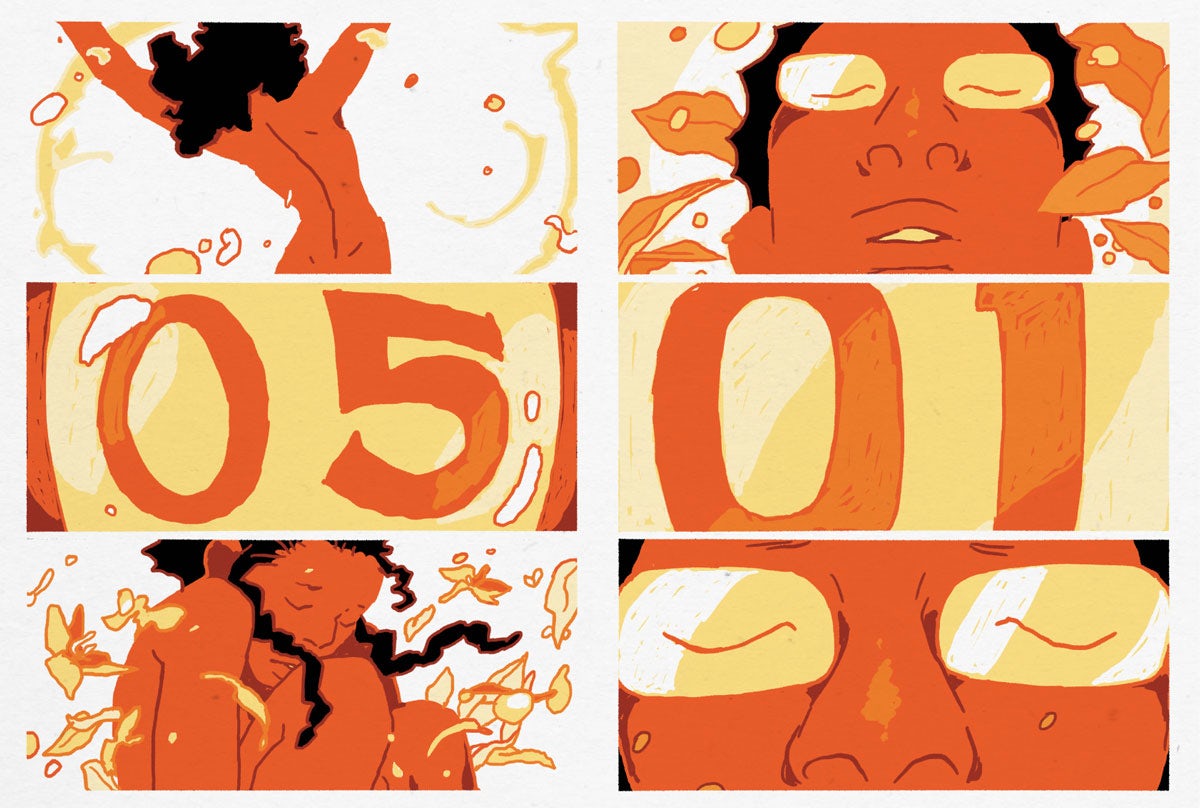 “The look of the story sort of evolved out of necessity. The limited palette let me do more with less. And the character designs, while futuristic, are not over the top. I felt that making the characters too flashy and cool would distract from the message. And the message is all that really matters,” Carrasco adds.

A Present Future is part of an ongoing project based on Ace & Tate’s recent report How Balanced Are You? All proceeds from the comic will be donated to UK-based mental health charity SANE. 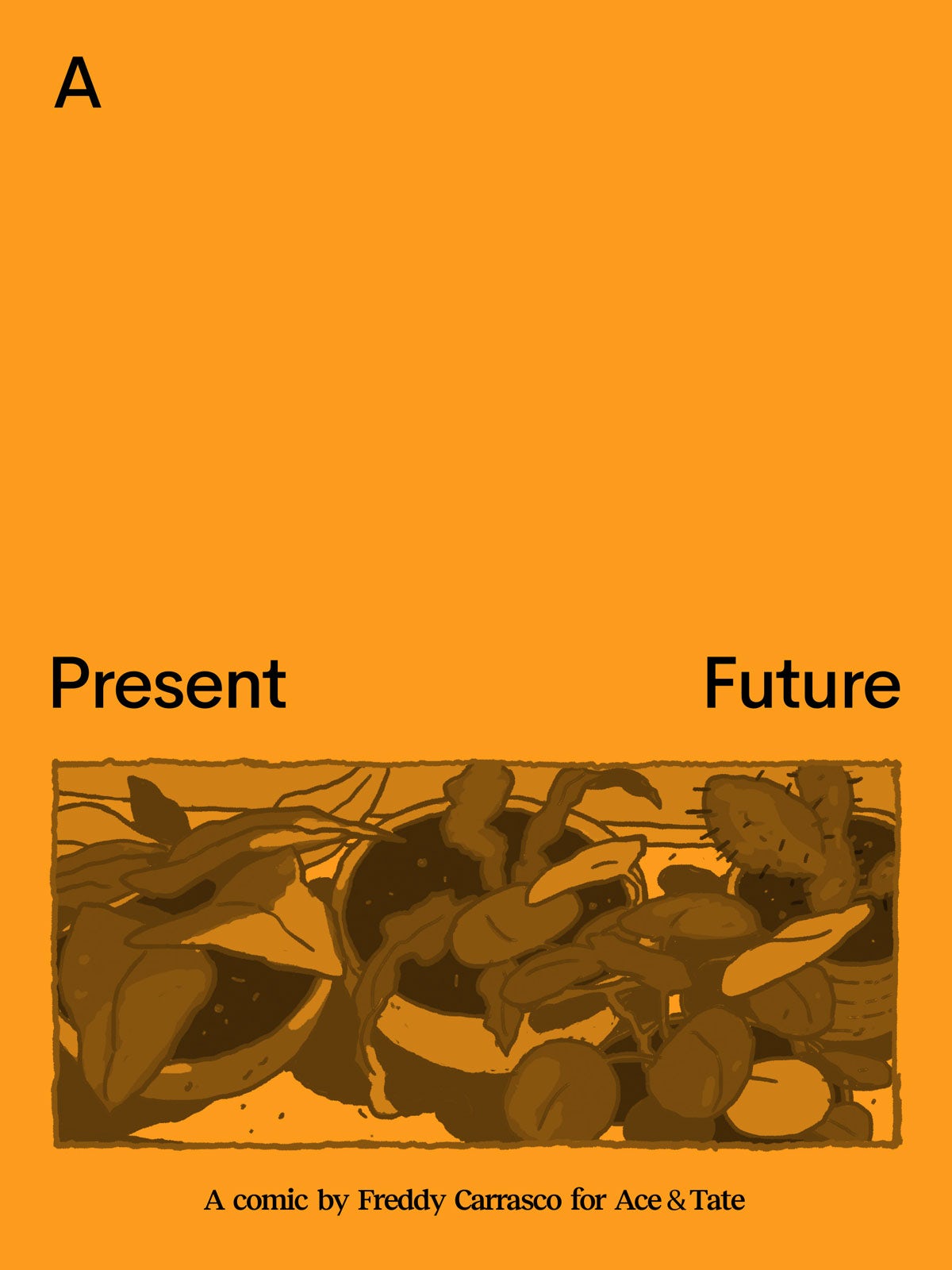 A Present Future is available from Ace & Tate stores and online; freddycarrasco.com