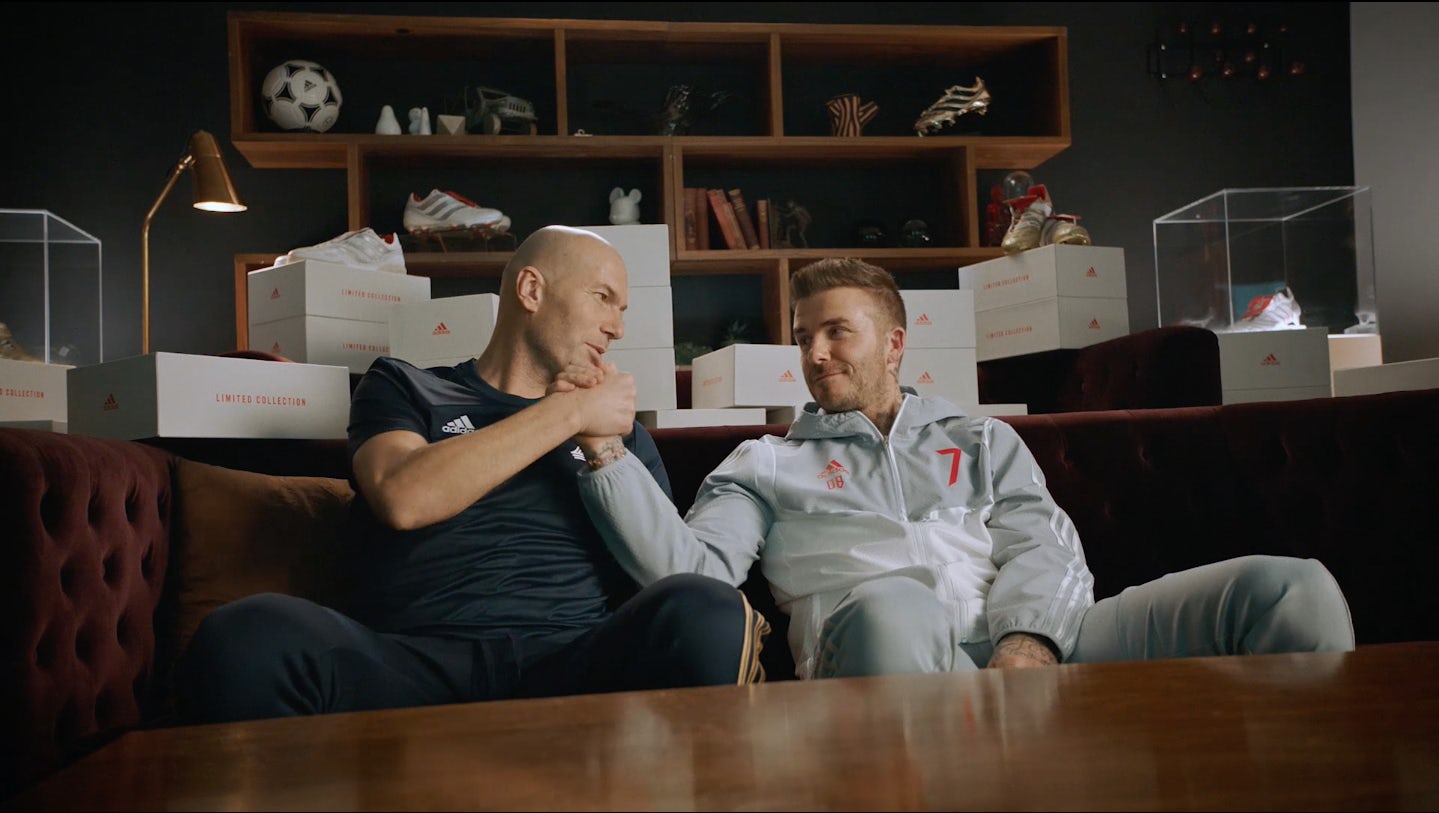 The new commercial from adidas is a fairly stripped-down affair compared to some of the more dramatic ads we’re used to from the brand.

It centres on the companionable, if gently competitive, relationship between Beckham and Zidane, who are shown sitting on a sofa and watching a selection of epic goals – both professional and amateur – on TV. They then award special ‘Predator Packs’ to those they deem worthy of them. 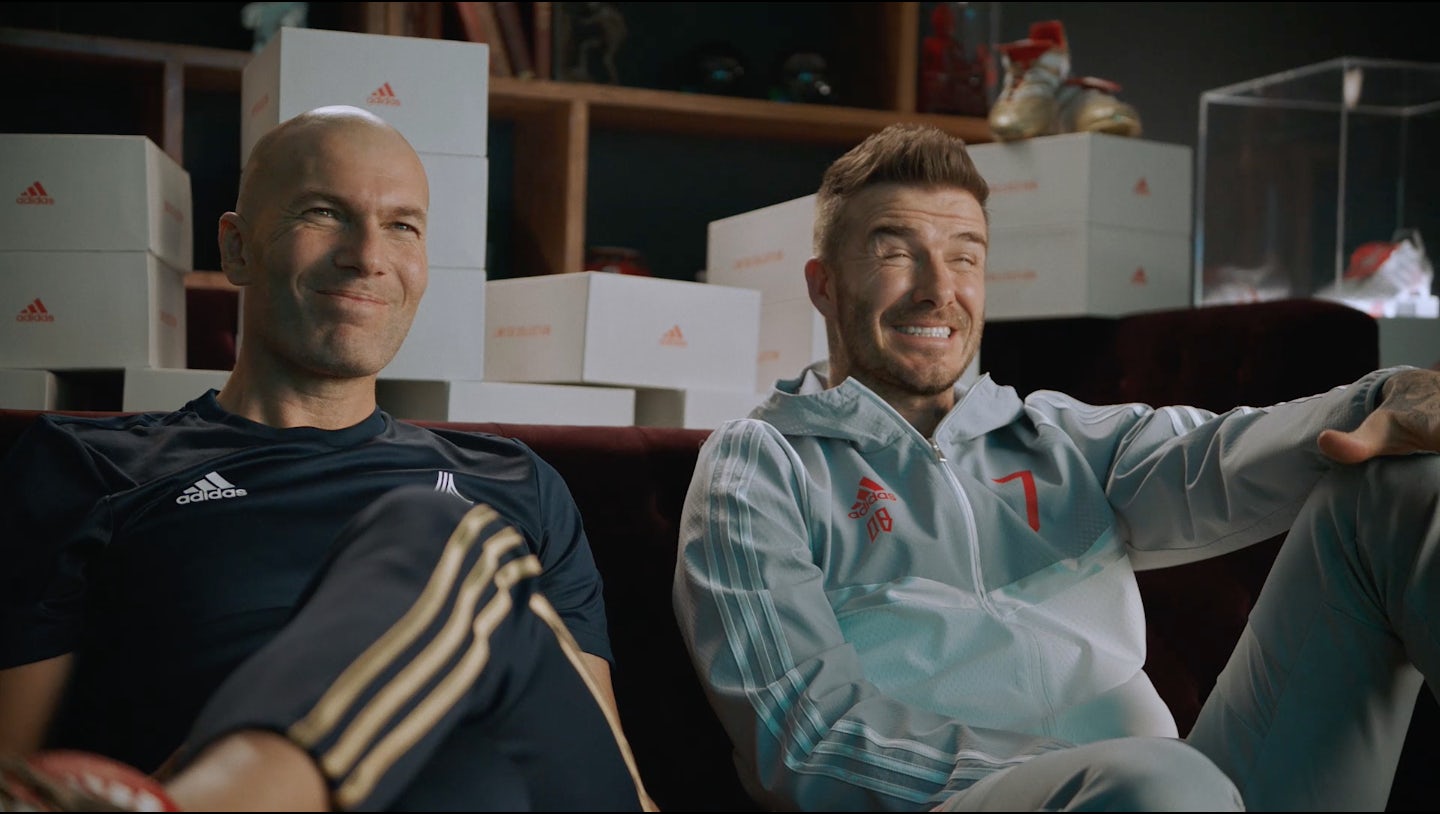 The simplicity of the new spot is reminiscent of the classic adidas ad featuring Beckham alongside rugby star Jonny Wilkinson, where each teach the other how to score goals in their respective sports. While the new ad doesn’t quite have the authentic intimacy of that early one, it does prove that a combination of iconic sporting stars and great goals can still be all you need to make a winning sports ad.

The new ad sees Beckham and Zidane wearing recreations of the Predator boots they once wore; the 2001 Predator Precision and the ’98 Accelerator respectively. Adidas has created an ‘Archive Pack’ for each player, available to purchase later this week, which includes the recreations of the boots (which come as an on-pitch boot and a trainer) as well as a jersey, shirt and pant that throwback to the Real Madrid 03/04 strip worn by both players when they played at the same time for the club.

In addition, the duo have co-created a new boot range to celebrate the 25th anniversary, titled Predator 19+.