Adidas and fried chicken might not seem like natural bedfellows, but to promote its new football boots, the sports brand tapped into its core fans’ habit of having a ‘post-match reward’ via the local takeaway, and turned a restaurant in East London into a Glitch pop-up for a night.

To make the takeaway look authentic, ad agency Iris rebranded everything inside with Glitch logos, including the staff uniforms, napkins, and the food boxes, which held the new boots that were given away to the lucky attendees. 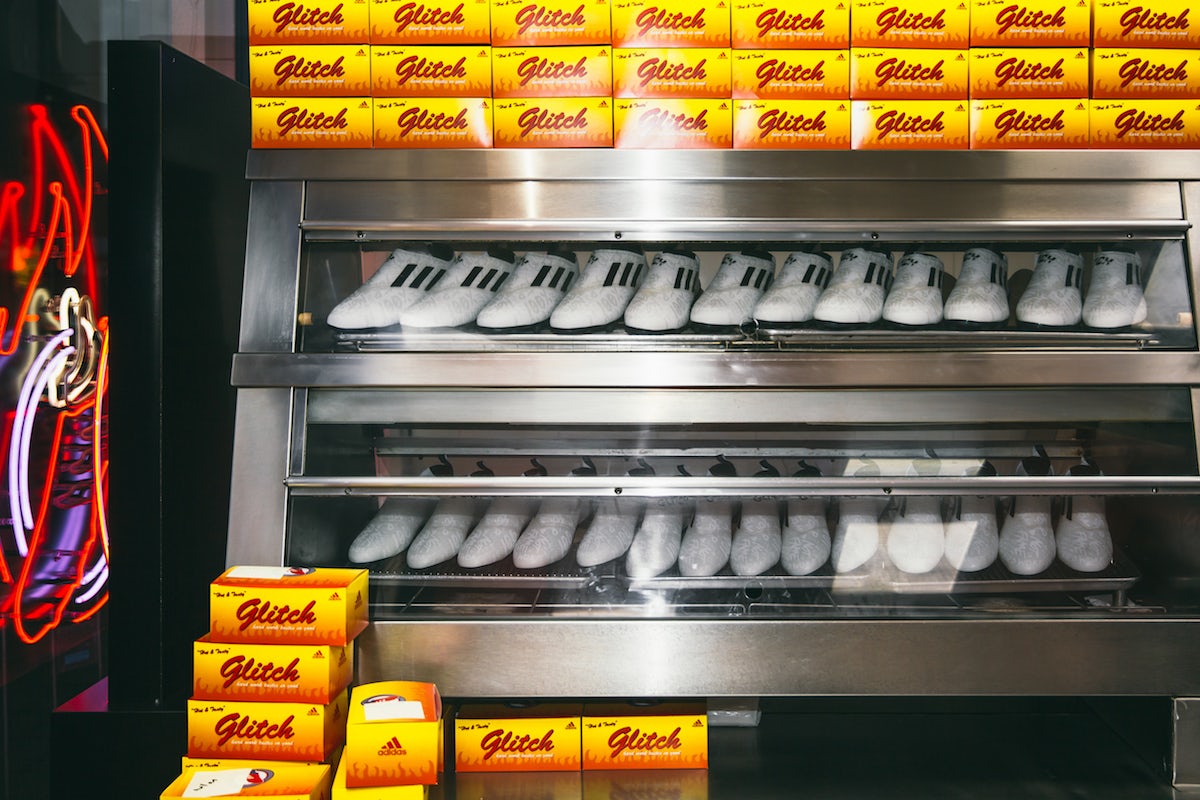 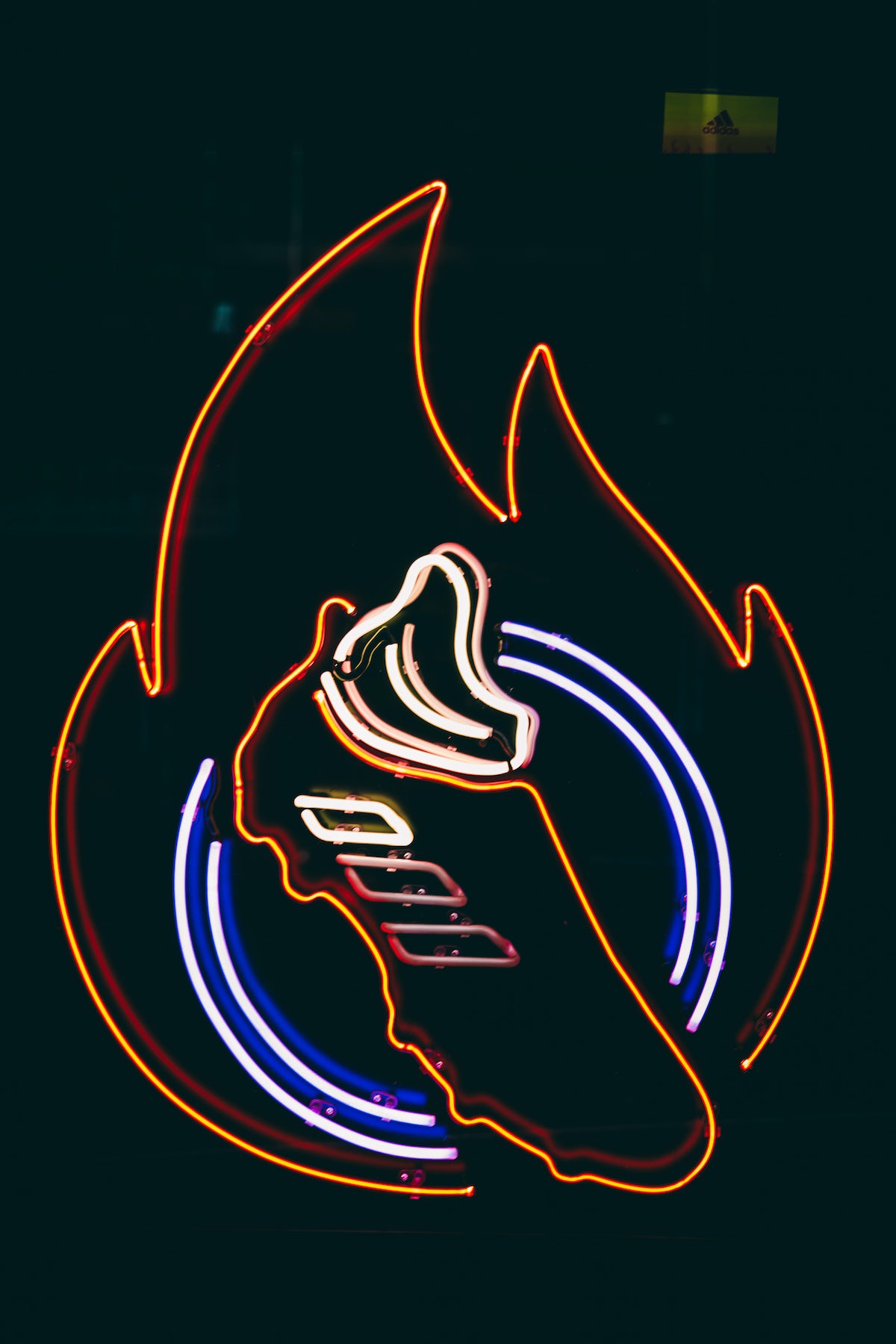 The event was promoted on social media channels to adidas Glitch’s core audience of 14-19 year-old footie fans, with films and Instagram Stories featuring Premier League club players and also drill rapper Headie One, who performed at the takeaway takeover.

To get access to the event, fans had to download the Glitch app and register; with one of the main intentions of the campaign to increase members of the ‘Glitch community’. On the day fans were challenged to race to the venue, with the first people at the event receiving the new Glitch Prep Pack skins and other exclusive Glitch apparel. 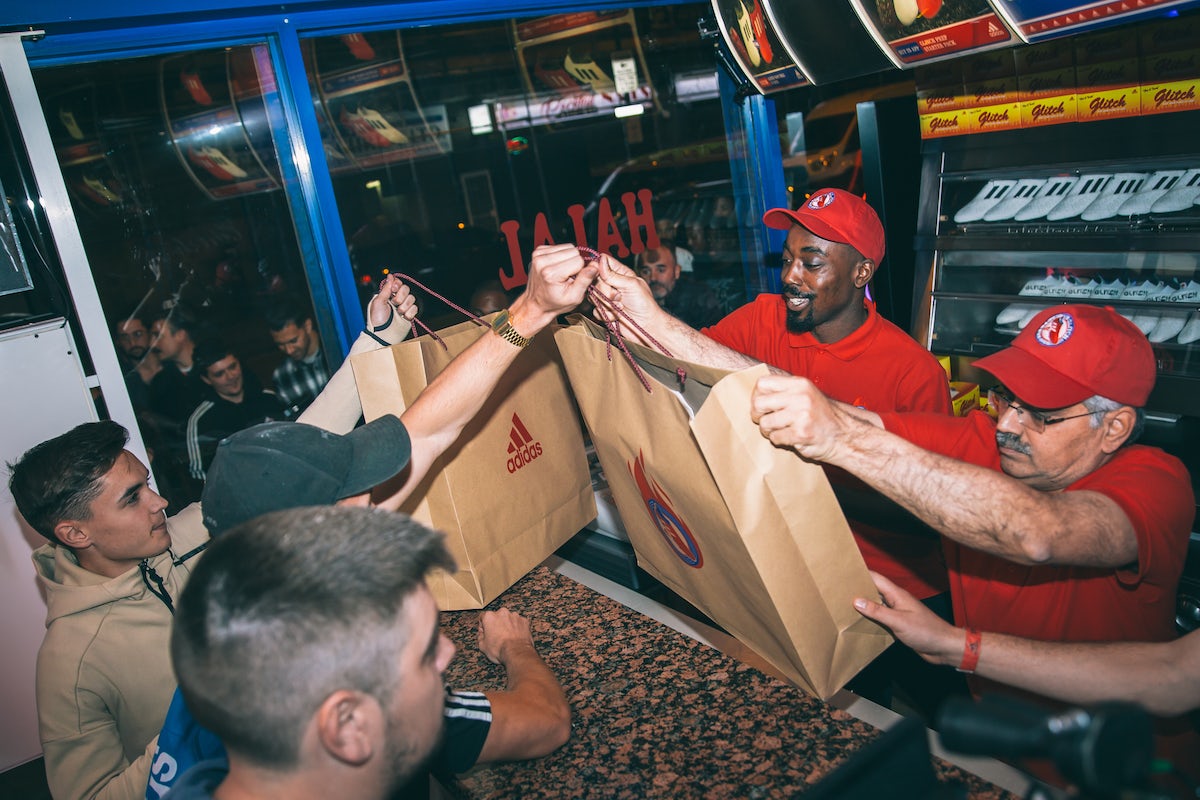 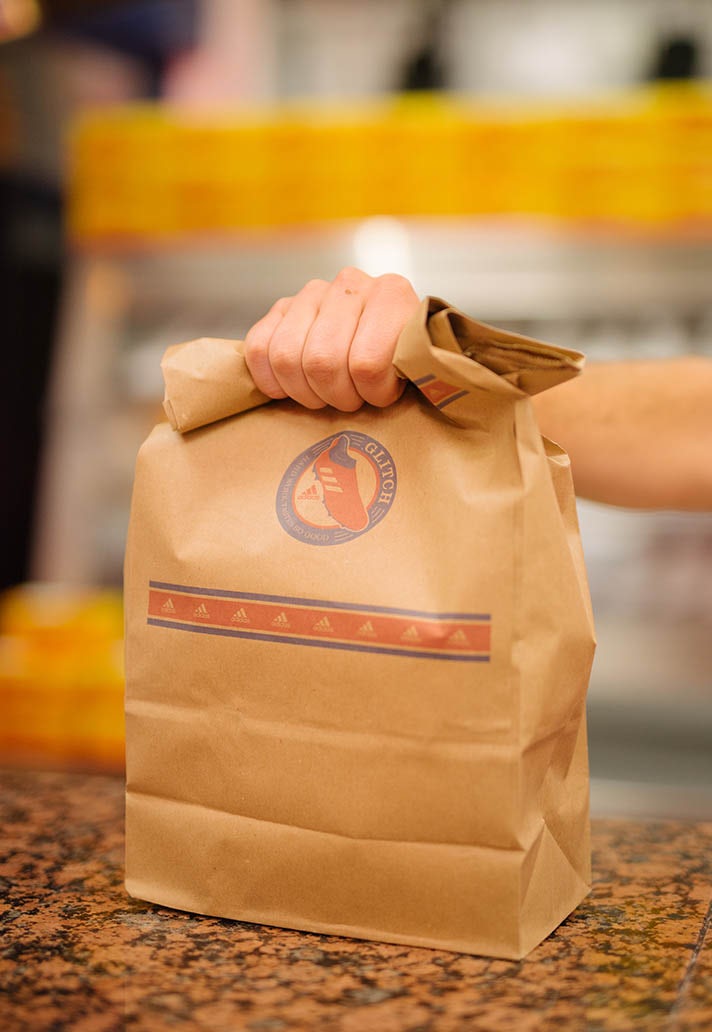