It’s the end of another year in advertising. The ad industry has undoubtedly had a turbulent time of it in 2018, with the major narrative of the last 12 months being an ongoing questioning of the agency model, as both clients and creatives increasingly find themselves looking in-house for inspiration.

Despite these debates though, the holy grail of advertising remains more or less the same as it has ever been – to create compelling, exciting and surprising work that will get people talking, and in the modern world, sharing.

What is required more than ever now is work that takes risks, makes bold statements, looks incredible and occasionally gives us belly laughs. Happily, this year’s top ten list is packed full of ads such as these.

Get stuck in below as we list, in chronological order as they appeared throughout the year, our favourite ads of 2018.

This year saw a number of brands get involved in activism of one sort or another, and early in the year Burger King stepped into the fray by addressing the complex issue of net neutrality. The spot took the form of a stunt: to illustrate how net neutrality works, one branch of Burger King served Whoppers at speeds based on how much customers were willing to pay. Fly-on-the-wall cameras recorded their anger and confusion at the crazy system. The resulting film gained millions of views and pushed people towards an online petition to protect net neutrality (sadly its efforts were in vain, with the Trump administration repealing it in the summer).

Tide most definitely won the Super Bowl (America’s most significant annual sporting and advertising event) this year with a witty set of spots which saw actor David Harbour (Stranger Things) pop up in numerous ads for other brands and deftly turn them into a Tide ad. In the establishment setting of the Super Bowl slots, the campaign felt witty and irreverent – something that’s largely been missing from the ad industry for far too long.

It’s safe to say that Elon Musk has had an eventful year. But before he revealed a penchant for provocative tweets and getting high in interviews, he pulled off a PR masterstroke when he sent his Tesla Roadster into space during the launch of the SpaceX Falcon Heavy rocket. Headlines and internet memes duly followed.

February brought us an incredible ad from Nike that made Londoners’ hearts sing. At a time when global always seems to beat local, this was a spot that only truly made full sense to those who know the city well, but had enough energy and charm for that not to matter. Unfortunately it got stuck in legal wranglings over use of the expression ‘LDNR’ so was pulled not long after launch but made an indelible impression regardless.

KFC faced a major crisis early in 2018 when a logistical error from a new supplier led to a lack of chickens and the closure of most of its UK outlets for several days. In a world when brands continually deliver cack-handed sorry-not-sorry style apologies for mistakes, KFC delivered an killer print ad, which won over the public. The ad was created by Mother, which has consistently created interesting and provocative work for the brand since it took over the account last year (read more on that here). Interestingly, the ad only ran in print in selected newspapers but then went viral when people snapped and shared it on social. 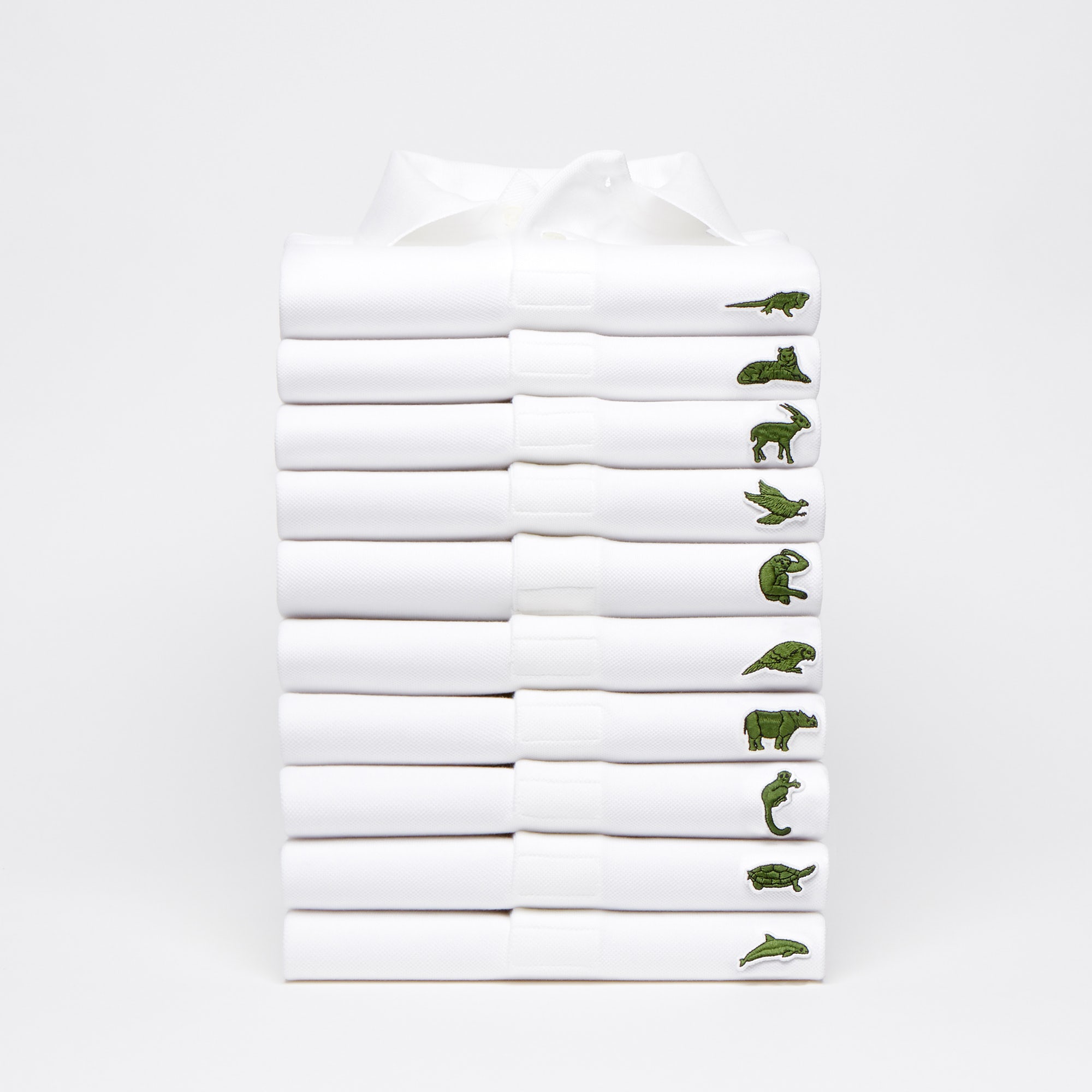 In a partnership with the International Union for Conservation of Nature, which aimed to raise awareness of a set of animals facing extinction, Lacoste replaced its iconic crocodile logo with images of the at-risk creatures. The shirts were available in editions that corresponded with the amount of individual animals known to remain in the wild, from 30 shirts for the Vaquita to 450 for the Anegada Rock Iguana. The clever campaign saw the image of the shirts with the new logos shared widely across social media.

This short film is a match made in heaven between Apple, FKA twigs and Spike Jonze. Twigs is shown dancing herself out of a weary mood to music provided by the HomePod as the walls of her apartment morph and stretch around her. Beautiful. The best of a series of very good films released by Apple this year. 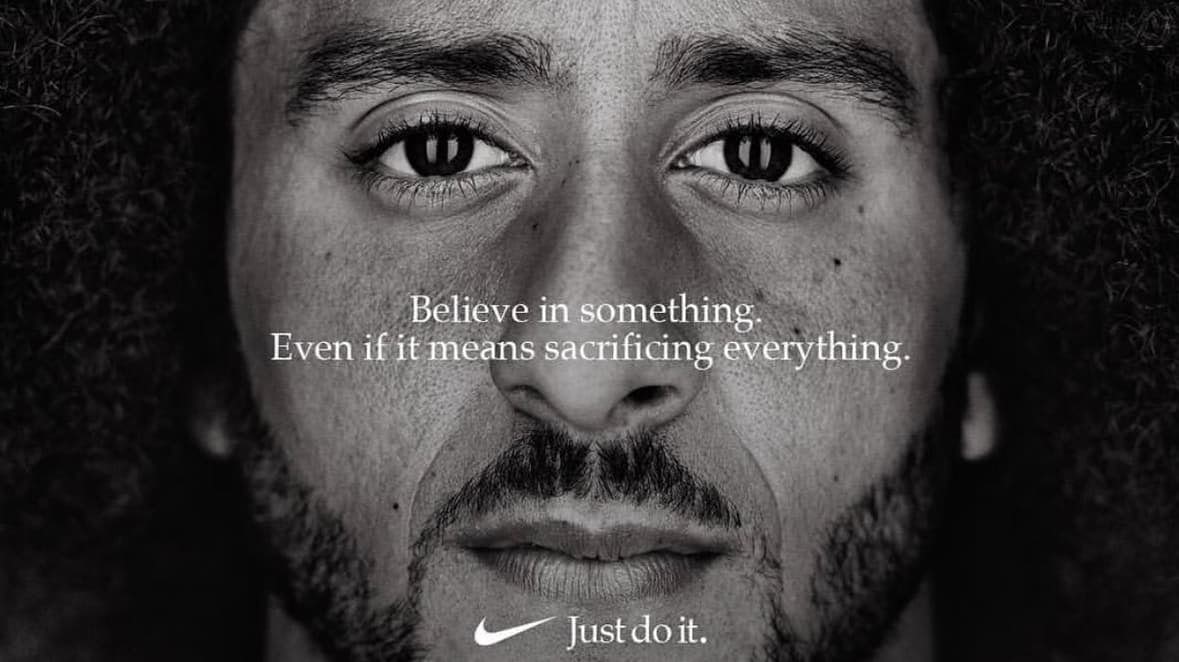 Nike celebrated the 30th anniversary of its slogan Just Do It in dramatic fashion this year, with a series of ads kicked off by this simple but highly provocative piece of work featuring quarterback Colin Kaepernick, who in 2016, as a player for the San Francisco 49ers, knelt during the national anthem in protest against police violence to black Americans. The decision to feature him in the ad was highly divisive, prompting criticism (including from President Donald Trump) and applause in equal measure. It is a masterclass in how advertising can provoke debate, as well as in the art of copywriting (as Nick Asbury explains here).

celand’s Christmas ad is a curious affair. A reworking of an earlier film by Greenpeace, the spot was banned before launch (though not for the reasons that most people thought) and quickly went viral online. As a piece of advertising it’s not groundbreaking, but it was nonetheless an enormous PR coup for the brand, and a surefire demonstration that if a brand’s marketing plugs into an issue people care about (in this case palm oil and the affect it has on the lives of orangutans), it can prove hugely successful, especially if the public conveniently forgets earlier transgressions (ahem, horse meat, Iceland?).

Libresse (Bodyform in the UK) followed last year’s Blood Normal spot with another ad that aims to empower women, though this time taking a more humorous approach. With increasing numbers of women and girls requesting labiaplasty due to thinking that their vulvas are not ‘normal’, the spot tackles a serious issue in a way that is accessible and amusing.