Dating online, or via dating apps, has come a long way in the past decade. There was a point not so long ago where you might decide it was better to lie to your family and close friends than to admit that you’d met your partner online, but nowadays it’s almost expected to be on an app or two if you’re single (and for some, even when you’re not).

With this speedy progress has come what might be described as a coarsening of the language used on the apps, however, and it is this that a new ad campaign from OkCupid tackles head on, specifically addressing the regularly used acronym DTF (down to fuck).

In a Medium post on the campaign, it is revealed that of 60,000 OkCupid users, nearly 80% of women said there’s too much emphasis on being DTF in dating today. As OkCupid puts it in its tagline for the campaign, ‘Dating Deserves Better’. 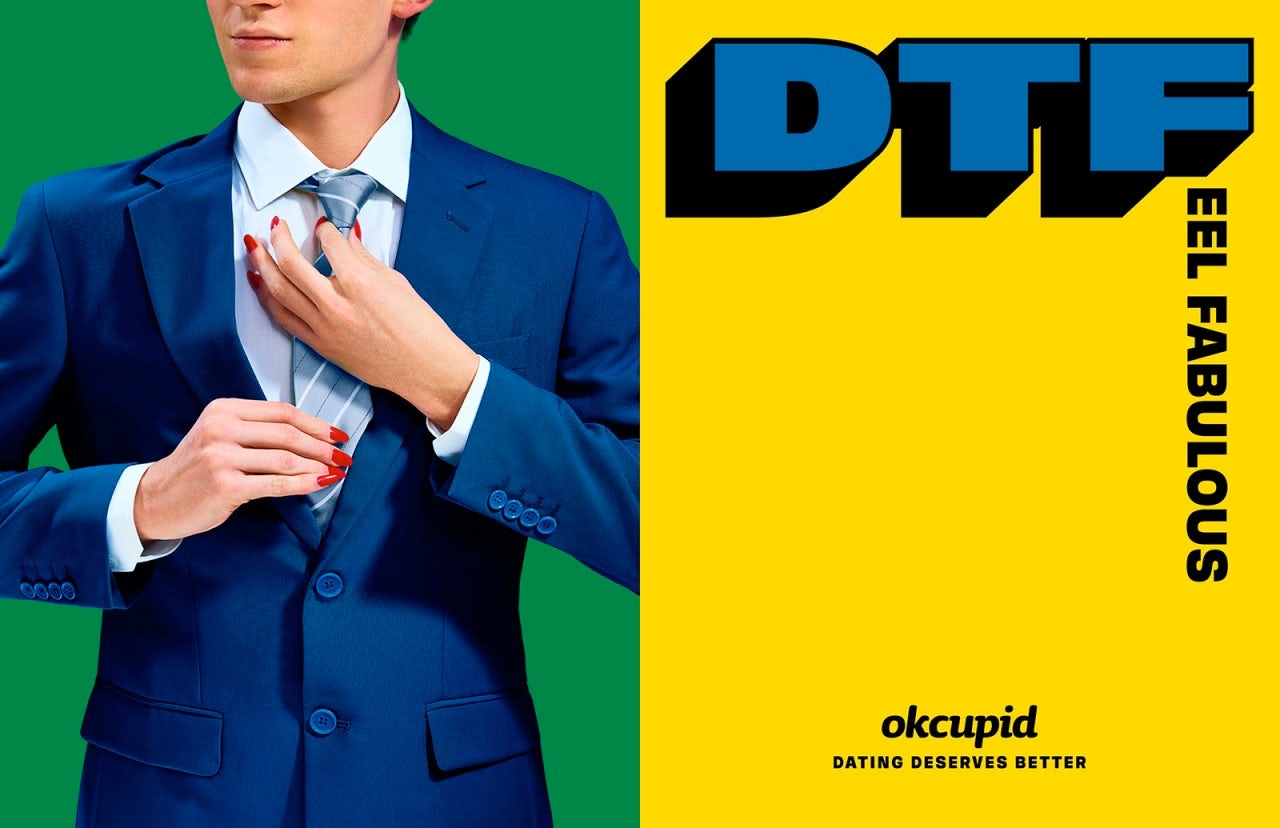 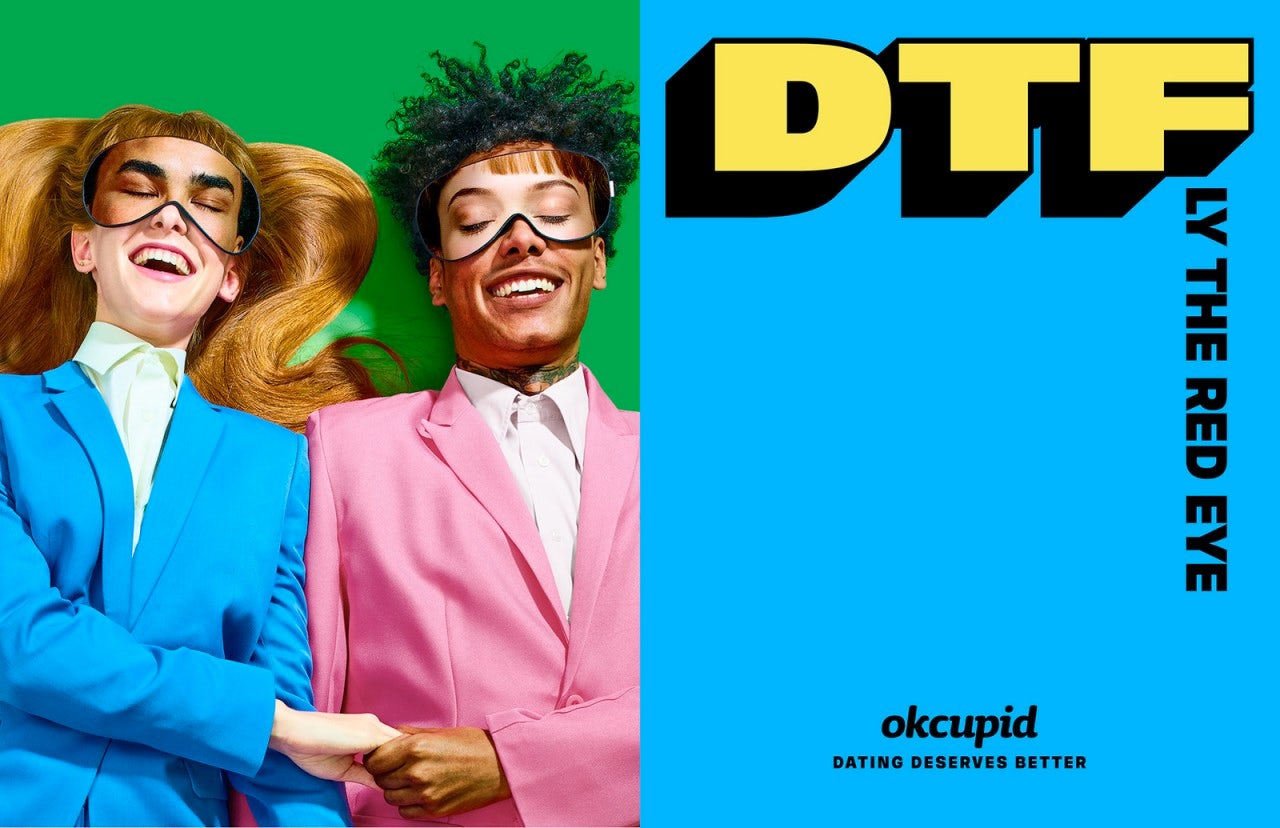 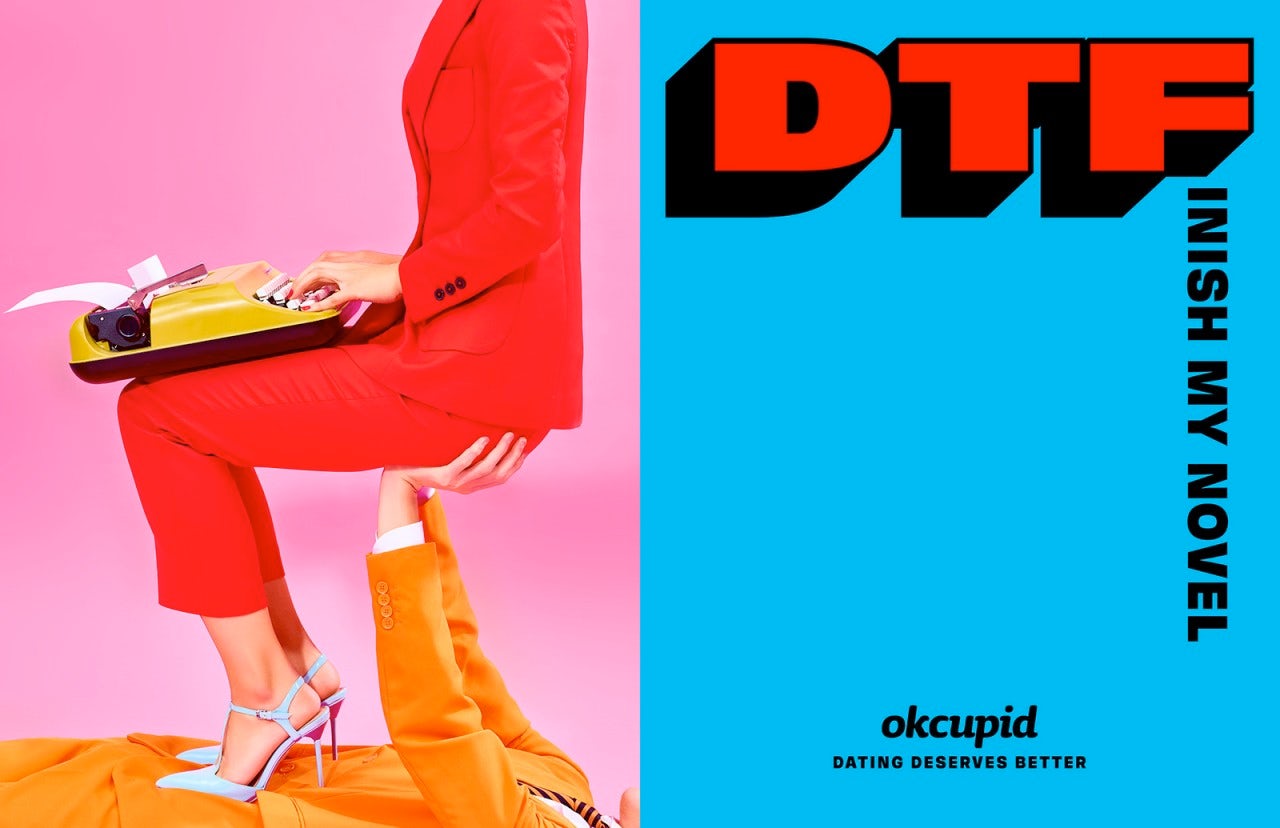 So, in response, the ads offer alternative versions of DTF, to demonstrate that there is more to those on the apps than just their photos or physical attributes. The new DTF variations include ‘DTFinish My Novel’, ‘DTFire Up The Kiln’, and ‘DTFly the Red Eye’. Some of the posters are topical: ‘DTFilter Out The Far Right’ or ‘DTFight About The President’, whereas others are more about fun: ‘DTFeel Fabulous’ or ‘DTFootball vs Fútbol’.

As well as pointing out that dating is not only about sex, the ads are among the first I’ve seen that actually make dating apps look, well, cool. Gone are the cheesy smiling couples, and the dodgy scientific claims about compatibility, and instead OkCupid puts Maurizio Cattelan and Pierpaolo Ferrari’s brightly coloured, surreal imagery (which will be familiar to fans of their magazine Toilet Paper) to great use.

The result is a fresh campaign that clearly hopes to help dating apps keep evolving. 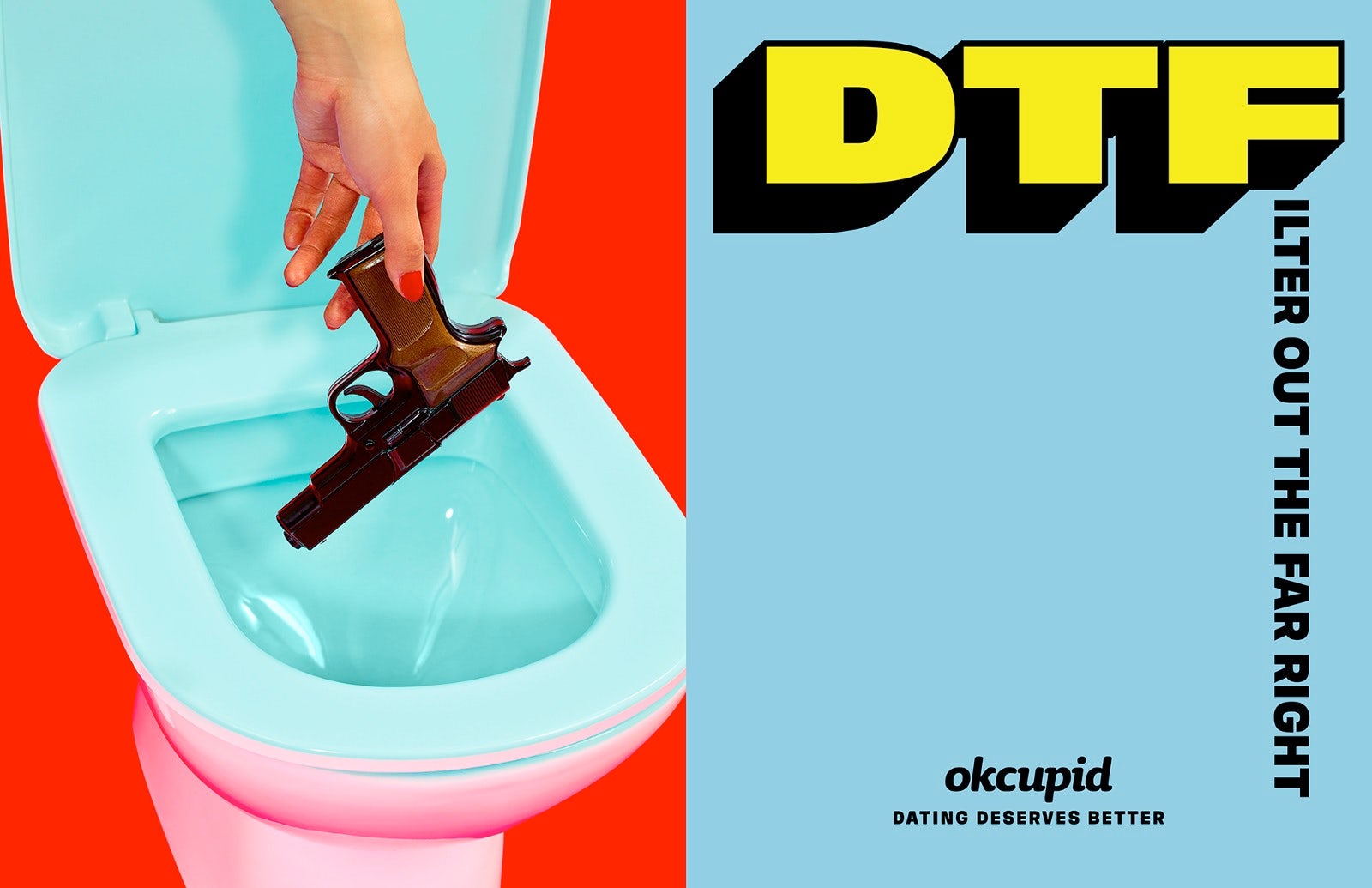 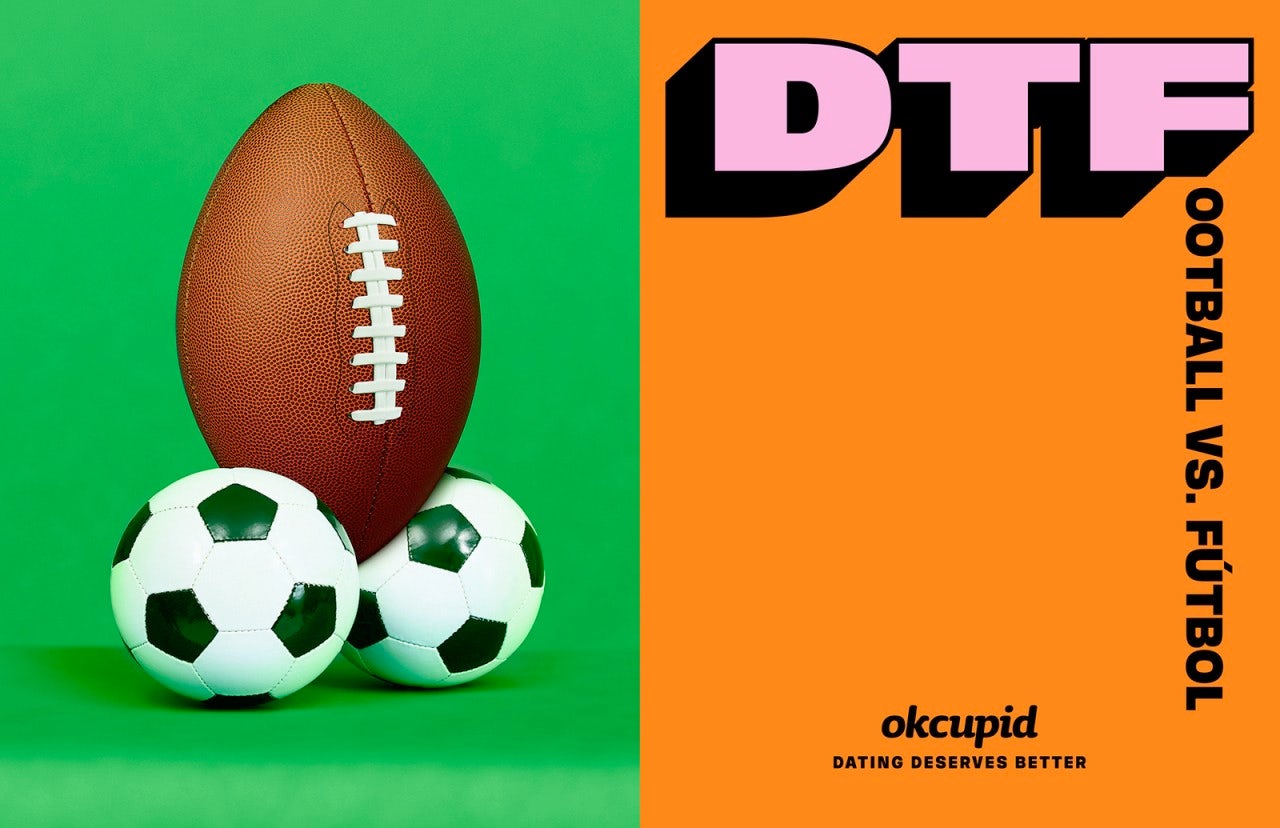 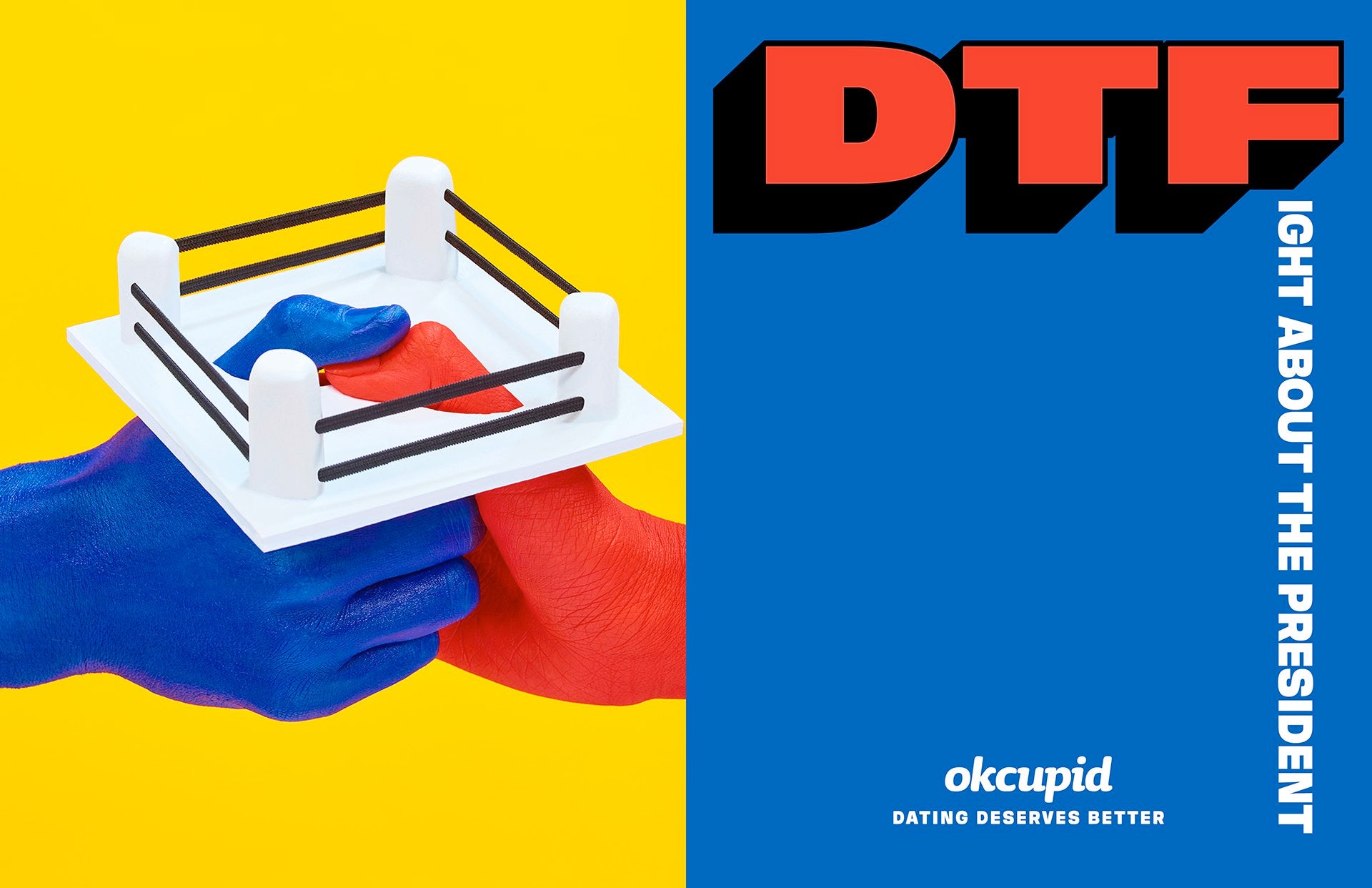