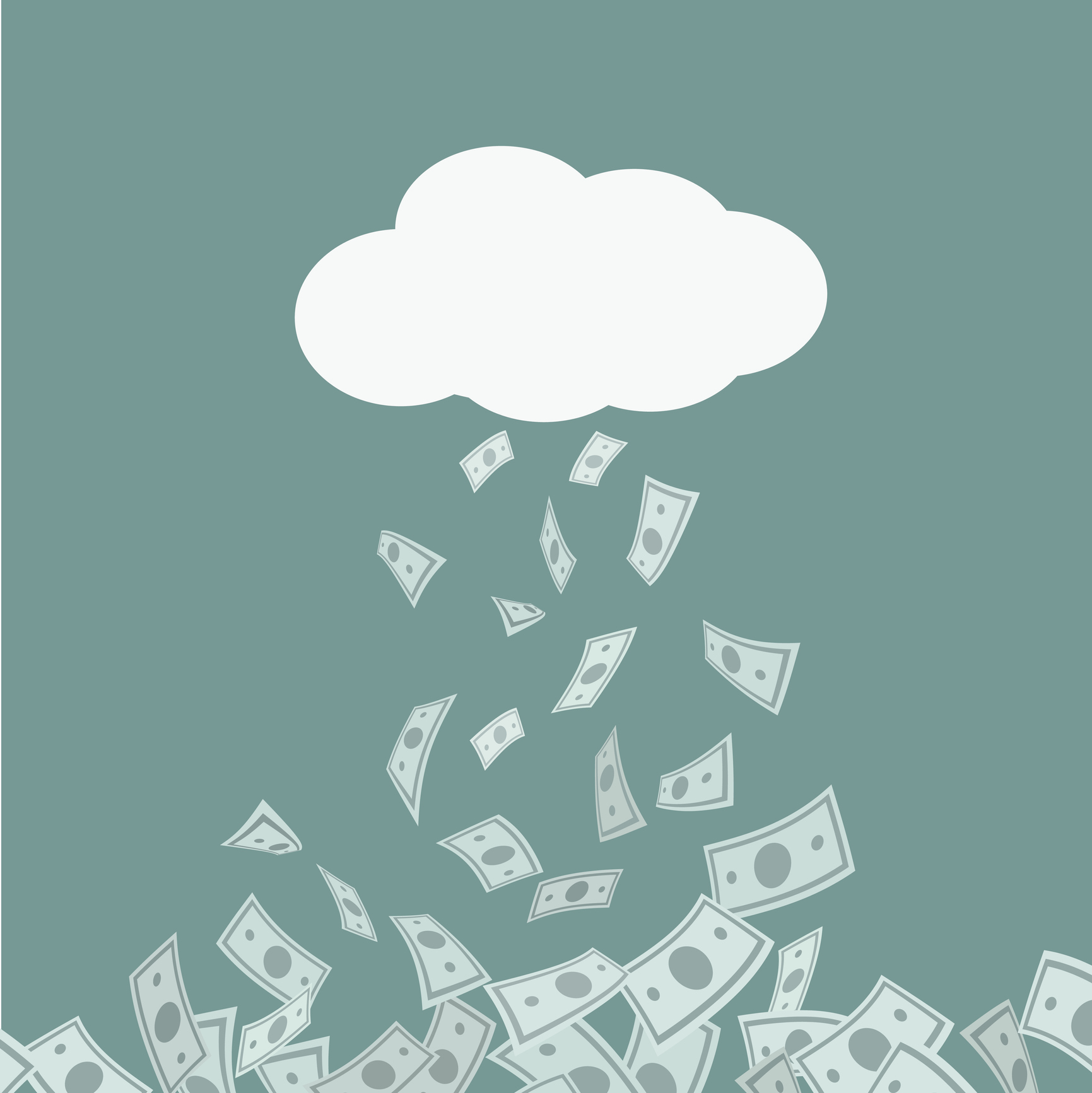 Open Up by Alex Holder tackles the tricky and often awkward subject of money and looks at how it affects our everyday lives, work and relationships.

The extract below focuses on our work life and hears advice from both Caroline Pay and Lydia Pang on the best ways to ask for a pay rise, why a weak boss is the worst kind of boss, and why we shouldn’t be too thankful for what we’re paid.

Caroline Pay has been one of the top creative directors in the UK for most of her career. She led creative agencies BBH and Grey before moving to LA to head up creative at Headspace.

Caroline on the power of surprise I love talking about money. I love it. I love, love, love negotiating, and I think people don’t expect women, creatives or British people to want to talk about it – the three reasons people are surprised when I am so up for talking about money. And I think taking people by surprise with courage and bravado is the best way to get a pay rise.

On striking while it’s hot One time I had a review. The person doing the review had all the emails where colleagues had reviewed me printed out, and he said, ‘I’ve never had something so positive, this is amazing, it’s resoundingly positive’, and went on and on and on … So I said, ‘Great, let’s talk about money’, and he said, ‘No, this isn’t a pay review’, and I was like, ‘Hang on, you’ve just told me this is the best review you’ve ever seen, and you don’t expect that to have any financial value? This is what I expect following this review, and if you don’t expect to deliver that, then show me a review where you would.’ I asked for the rise to be sorted ‘by this time tomorrow’. And it was.

On weak bosses I hate reactive pay rises [when someone gets another job offer with the intention of using it to get a pay rise from their existing company]. That is the fucking bane of my life, and I think it’s a sign of a weak boss and a weak relationship. My ideal is proactive pay-rising, and I like surprising people with a pay rise, rather than them having to ask for it.
Sometimes a friend at another agency is trying to steal a team [in advertising, creatives often work in teams of two where they are hired together and earn the same amount] from me and I’ll call him up and say, ‘Hey, you’re about to give this team a 100% pay rise and they’re not worth it, so rather than stealing from me, call me up and let’s chat about it, let’s have that conversation’. Although sometimes people hire people from me and I’m like, ‘Thanks very much, you’ve taken them off my hands’.

On getting people the right money If someone is asking for a pay rise and you think they deserve it and you have the ability to go and argue and negotiate for it, it always works. If I think someone deserves a pay rise, I’ve never not got it for them. But the most interesting bit for me is if someone asks for a pay rise and you don’t think they deserve it – I have come up with a way of dealing with it. Let’s say there’s a team who get paid fine but they haven’t had a pay rise in years and were hired before my time. So they come to me to ask for a pay rise. They’re crying, they’re angry, they say to me, ‘We get paid £28k yet we’ve looked around the market and spoken to headhunters and we know we are worth £48k’. I have to say, ‘Number one we don’t have any money, number two that’s a ridiculous jump, and number three, if you look at the work you have done, it’s not worth a massive pay rise. But what we are going to do is work out how we can get you to £48k. So let’s say we’ll get you to £35k in six months, then £40k in twelve months and in 18 months’ time you will be on £48k. But to get there you need to start delivering this kind of work.’ So they go out super happy and super motivated, and in the end they get the money they want and I get an astonishing team. It works. It’s happened – teams come back firing on all cylinders.

On asking gutsy questions When I’m moving jobs and negotiating for myself, I always ask them, ‘How can you make sure I come away from this conversation and feel that this is the best decision I’ve ever made?’ Then the negotiation becomes interesting because we talk about things over and above money, and that’s when the chat gets very human.

Bring everything to a pay rise conversation What gets you a pay rise is changing the destiny of the agency, whether that is culturally, creative, doing panels or winning awards. So make sure you list everything you do for your job, even if it’s not strictly on your list of responsibilities.

Lydia Pang describes herself as a ‘Frankenstein creative’; her vast and varied portfolio spans concept creation, talent commissioning, creative leadership and visual strategy. Since 2016, Lydia has worked as the creative director of Refinery29, the leading global media company focused on young women.

Lydia on putting out the first number My dad is a really strong businessman, and he has always said, ‘Never say the first number, because the second you ask for a number, you are capping yourself at that number’. Get in there and state your case. Give the hard data and say, ‘I have won this many pitches’ or ‘I brought in this much revenue’. Whenever I have done that, the number that my employers have come back with has been bigger than the number I was going to say. Like my dad says, ‘No one will look someone in the eye and agree with all the things they have done and then lowball them’.

I’ve seen it from the other side. It will be July time, half-year review, and someone in my team will say to me, ‘You know I feel like I am doing really well. I have led on a few projects and I did that big pitch and I am looking for $5k or $10k more’, and I am thinking in my head, ‘Well, that is interesting, I had a number for you, but now that you have said that number and I know you are going to be happy with that, I would rather just give you that because I need to save money.’

On not being too thankful There was a time where I was very thankful when talking about money. I was all, ‘Thank you for your mentorship and your advice’. I think that works when you are a little younger, but when you get older I wouldn’t advise on being that passive, and being all, ‘Oh thank you so much for this £2k pay rise, I really appreciate it’. Now that I’m older, I very much know my worth – if I don’t get it here, I will go somewhere else – and I like to bring that confidence into the room, even if I don’t say those words.

On playing the game I was talking to a girl in New York recently, she is a senior art director, desperate to be promoted, and she said to me, ‘Oh I never lie. I never lie about the amount of money I have made in the past’, and I was like, ‘What do you mean?’ She was like, ‘Well, if I go to another job, they say, “How much money were you on?” I say the amount.’ When I heard that, a part of me was conflicted, and I did think, ‘Wow, amazing to be so honest’, but at the same time I was like, ‘Everyone else is lying, so maybe lie?!’

On learning from the Americans In the UK we are apologetic, self-deprecating, modest. We like people to come up to us and crown us with a promotion. But in America people ask for one. They are like, ‘Oh I am going to let you know that I am the best person in this room. I am also going to let you know that the idea that just surfaced across the room was mine – I’m going to stamp my name on that and let you know.’ I sit in a lot of meetings and think, ‘All these bitches stood up to their idea, claimed their idea and put their name on their idea and I didn’t. I lost out here by not being a little more awake.’ 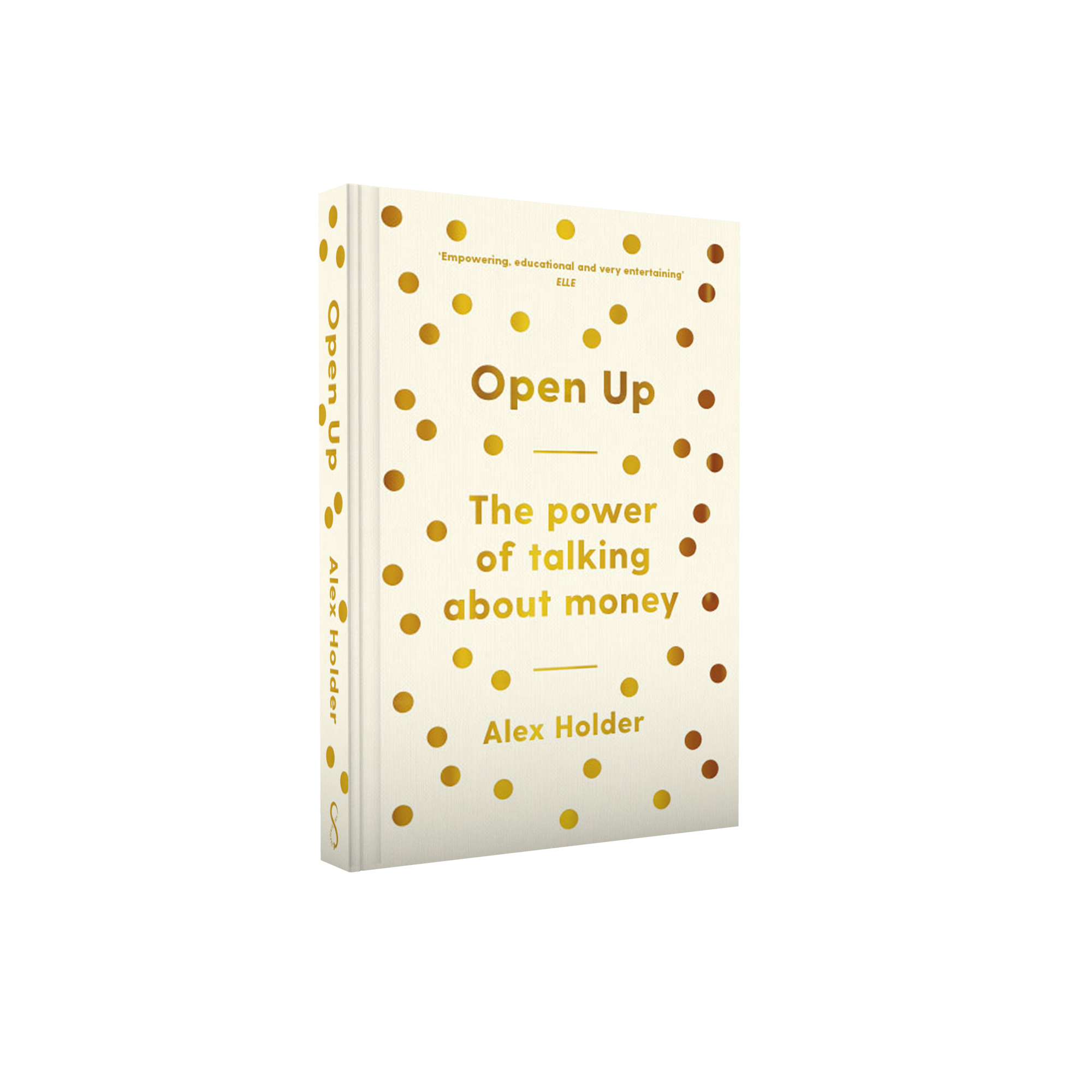 Open Up: The Power of Talking About Money by Alex Holder is published by Serpent’s Tail; serpentstail.com; Top image: iStock/razarek