London’s Imperial War Museum is reopening its doors this weekend, and at the same time unveiling something of a facelift. Covering the walls and floors of the museum’s atrium are endless images of bombs, true to scale and rendered in exacting detail. Ai Weiwei was commissioned for the artwork, titled History of Bombs, which coats the surfaces of the museum, marking the first time an artist has been given the opportunity to overhaul the space itself.

To the casual onlooker, history books and documentaries often fail to convey the magnitude and destructive abilities of weaponry and bombs used in conflicts. However, by applying to-scale images of the bombs deployed through the 20th century directly alongside, and even beneath the feet of visitors, Ai’s artwork delivers a sobering experience that translates these weapons into real terms. 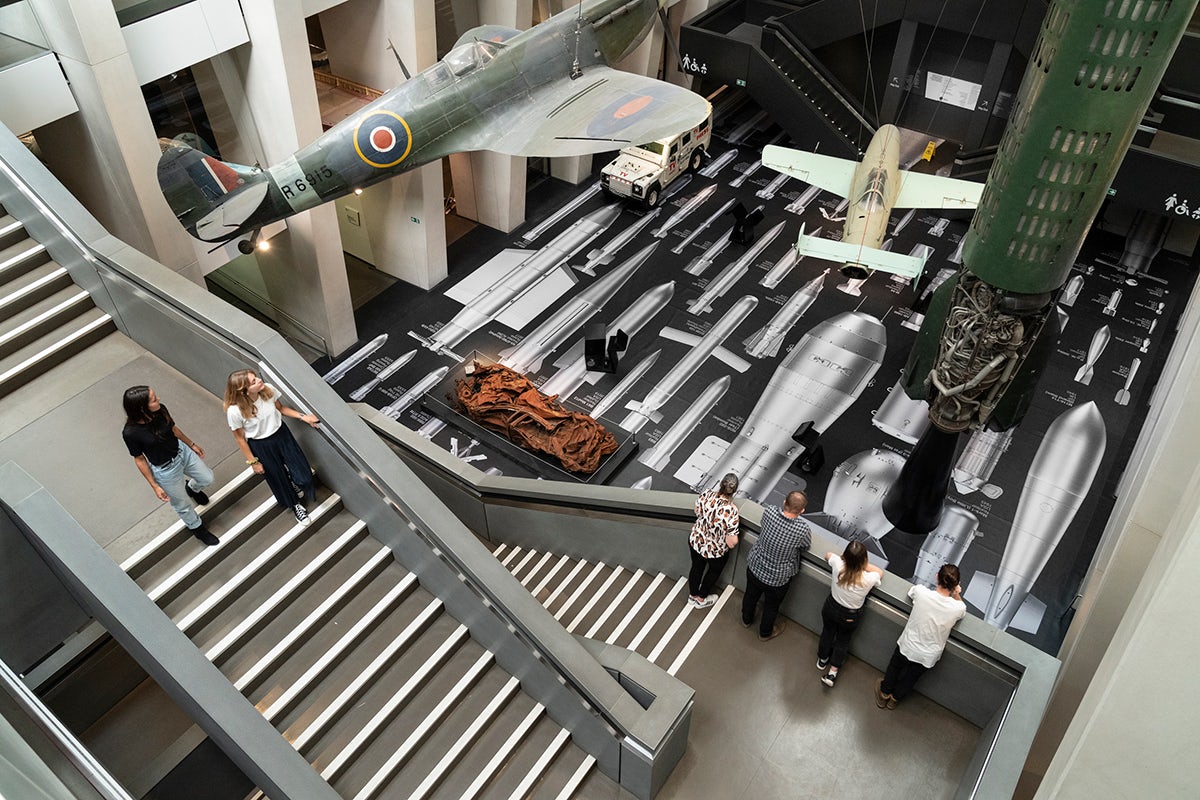 With the bombs under foot and aircraft looming closely overhead, visitors are hemmed in by industrial relics of war in a more intense way than ever before.

The commission coincides with the museum’s Refugee season. A former refugee himself, Ai Weiwei has dedicated much of his practice in recent years to examining the refugee crisis, whether through film, as per his 2017 documentary Human Flow, or art installations, such as his 2016 work in Berlin that made use of no less than 14,000 life jackets.

History of Bombs is on display at the Imperial War Museum in London from August 1 until May 24, 2021; iwm.org.uk