Airbnb has become the latest brand to venture into the world of bespoke fonts, unveiling its own typeface called Cereal. The sans-serif font has been developed by Airbnb’s in-house design team in collaboration with London-based type foundry Dalton Maag, and appears in six different weights in total.

Cereal has been designed to be legible across all of Airbnb’s various platforms, and will roll out to online applications including the website and app, as well as physical sites such as billboards. 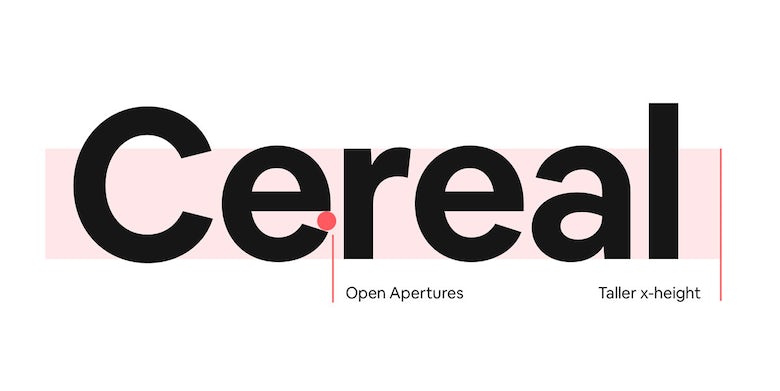 The name Cereal is inspired by a money-raising initiative launched by Airbnb during the 2008 US election, which apparently saved the then start-up from going bust during its infancy. The campaign involved creating and selling collectible brand cereals called Obama O’s and Cap’n McCain, as a nod to the Democrat and Republican candidates.

The decision to design an own-brand font sees Airbnb follow in the footsteps of Coca-Cola earlier this year, and a host of other companies recently including YouTube, Netflix, IBM and the BBC, which also worked with Dalton Maag on its Reith typeface.

Speaking to Co.Design about introducing Cereal, Airbnb’s head of design Alex Schleifer says: “Typographic systems are the key to any design, and it’s become more important to create a font that supports all your touchpoints in a clearer way. That’s why you’re going to see a lot more organisations thinking about it.”

It’s no surprise that more and more companies have opted to develop their own typefaces over the last couple of years. While most of the recent examples – including Airbnb – have emphasised the desire to create an ownable design element to complement the brand’s aesthetic, the millions that can potentially be saved by avoiding font licensing costs in the future is arguably the most compelling reason for big companies to jump on the bespoke font bandwagon.