Guerra Office appointed High Tide to create a new brand identity that reflected Airsign’s ideals and which also presented a ‘new vision for the future of product design,’ according to the agency. 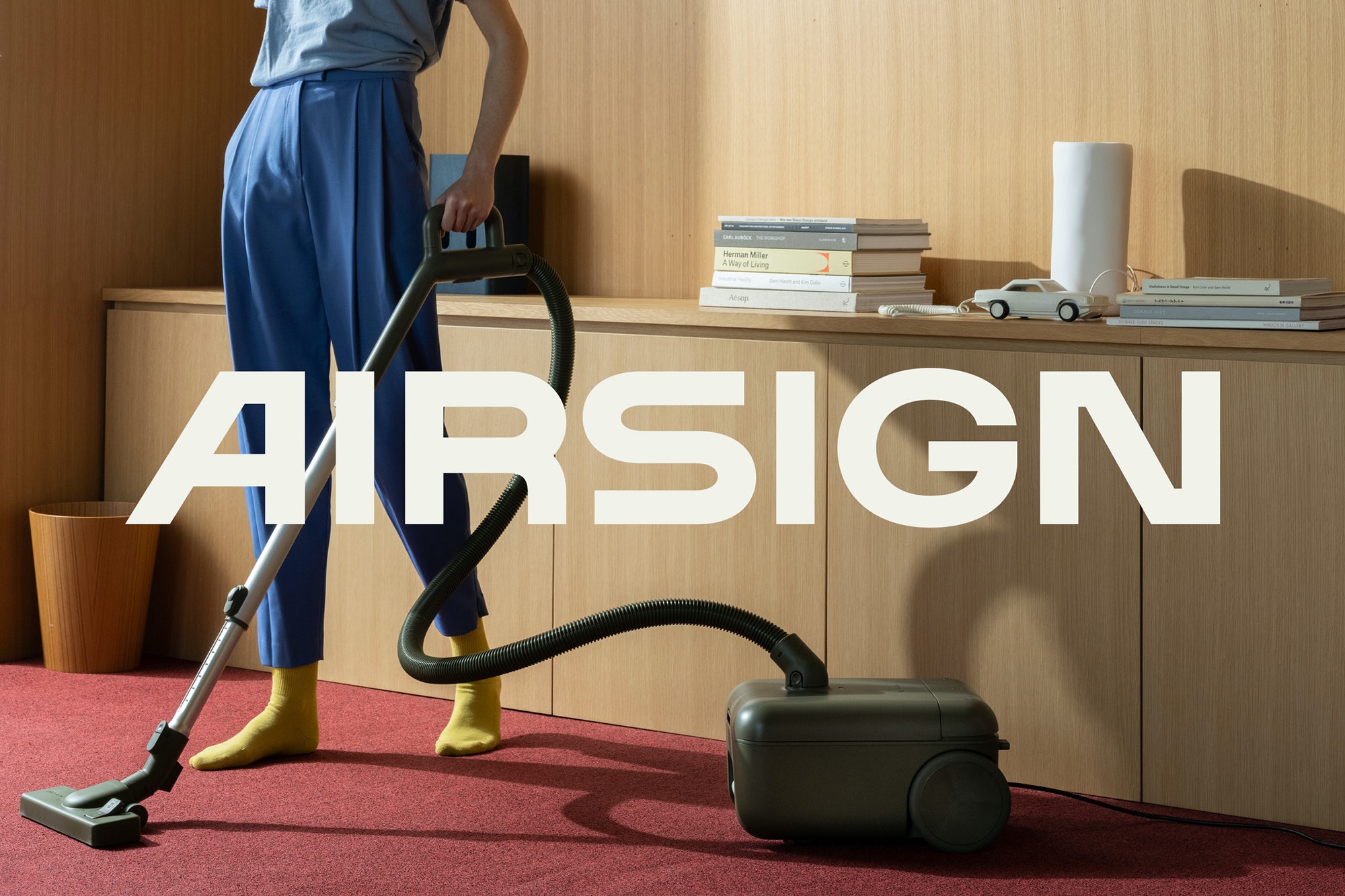 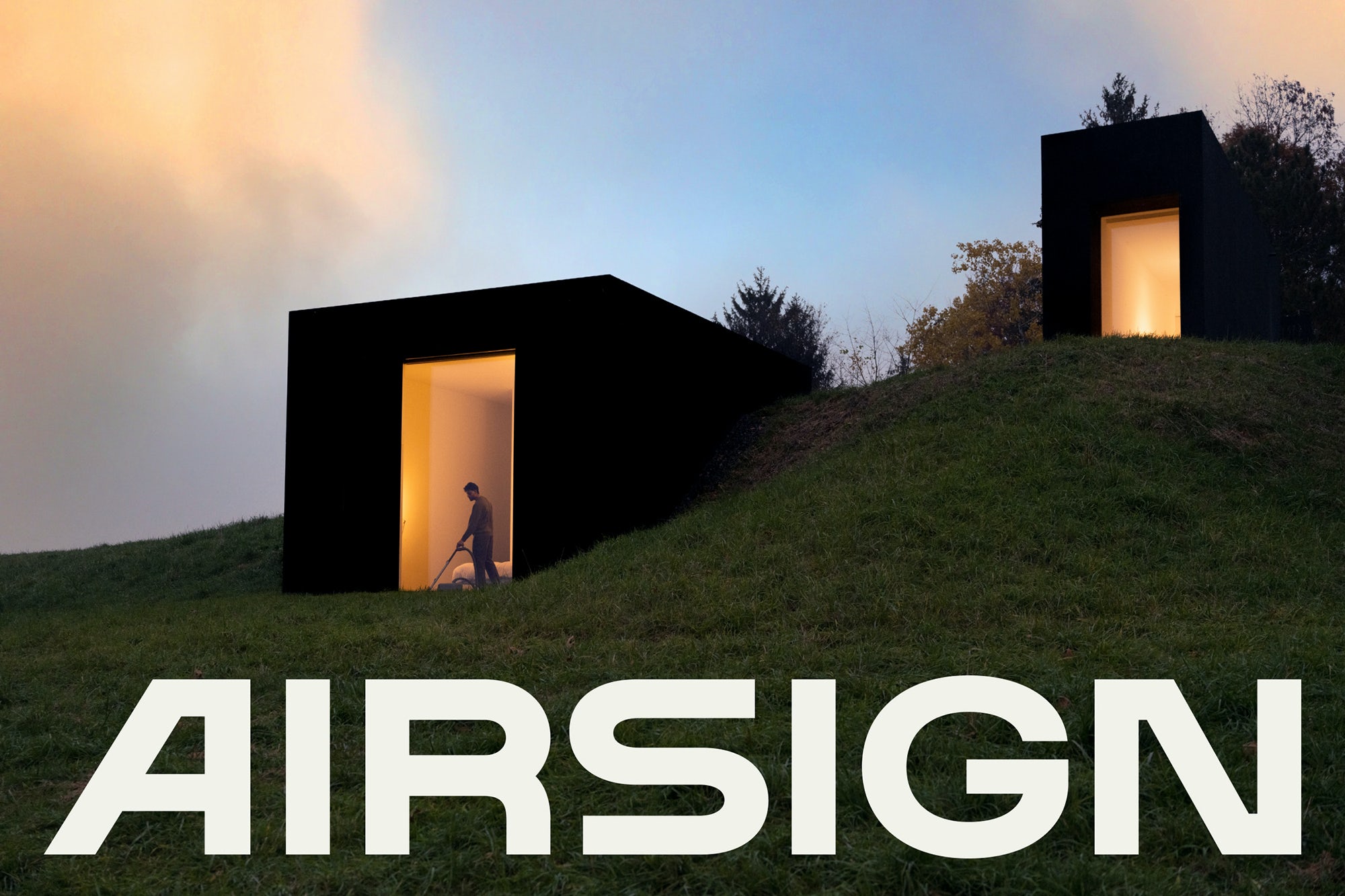 The new identity and brand world draw inspiration from as diverse areas as 1980s futurism, European car design and ‘the warm simplicity of Japanese minimalism,’ says High Tide. Specifically, this meant the design teams across High Tide and Guerra Office share a love of Italian sports cars and German industrial designer Dieter Rams, best known for his work with Braun.

“Vacuums have seen little to no innovation over the years and the industry was begging to be improved, not just in their design but how they were communicating their value to users and the world,” explains High Tide founder and creative director Danny Miller. 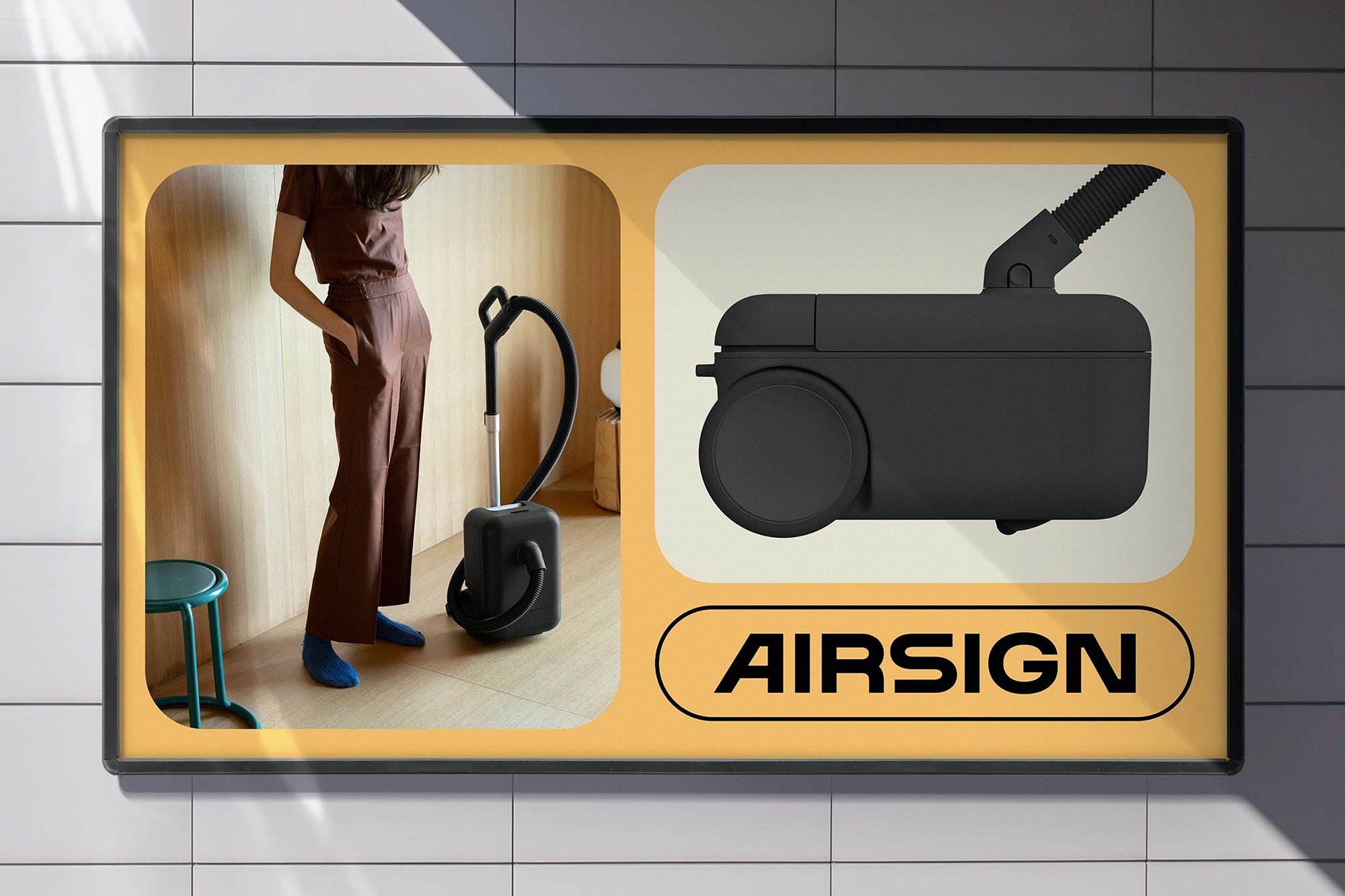 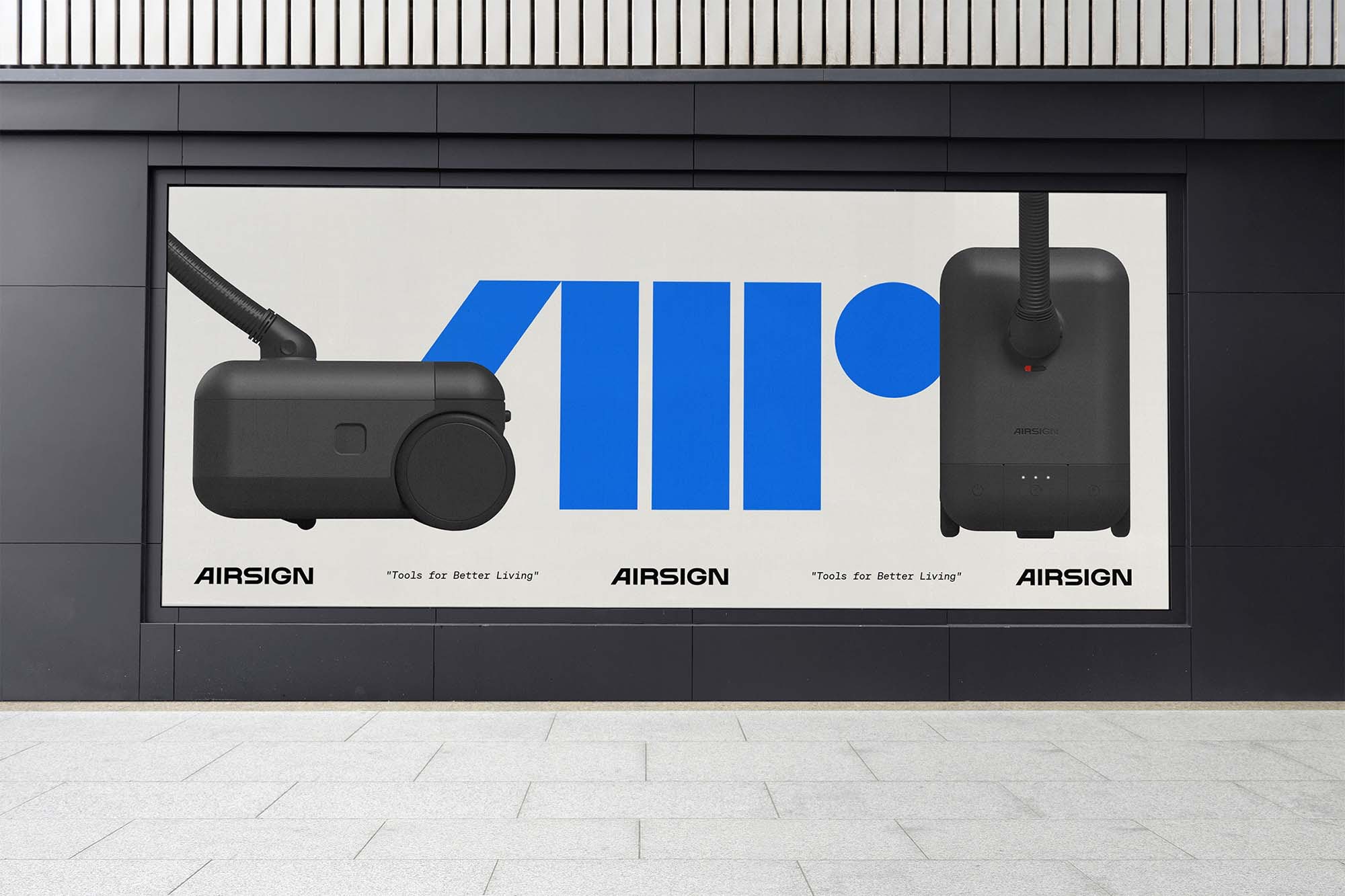 Looking to reflect Airsign’s move away from “wasteful, shoddily constructed, overly engineered, and quite frankly, ugly” vacuum cleaners, as Miller puts it, High Tide had to create a look and feel that underscored Airsign’s ambition to transform the home appliance industry.

High Tide worked with Guerra Office to form a new brand positioning, dubbed ‘Tools for Modern Living’. This was used as a jumping off point for both teams to reimagine what a modern home care brand should look and feel like, according to High Tide, to ensure that the visual identity side of the design work complemented the look and imagery of the product itself, without overpowering or competing with it. 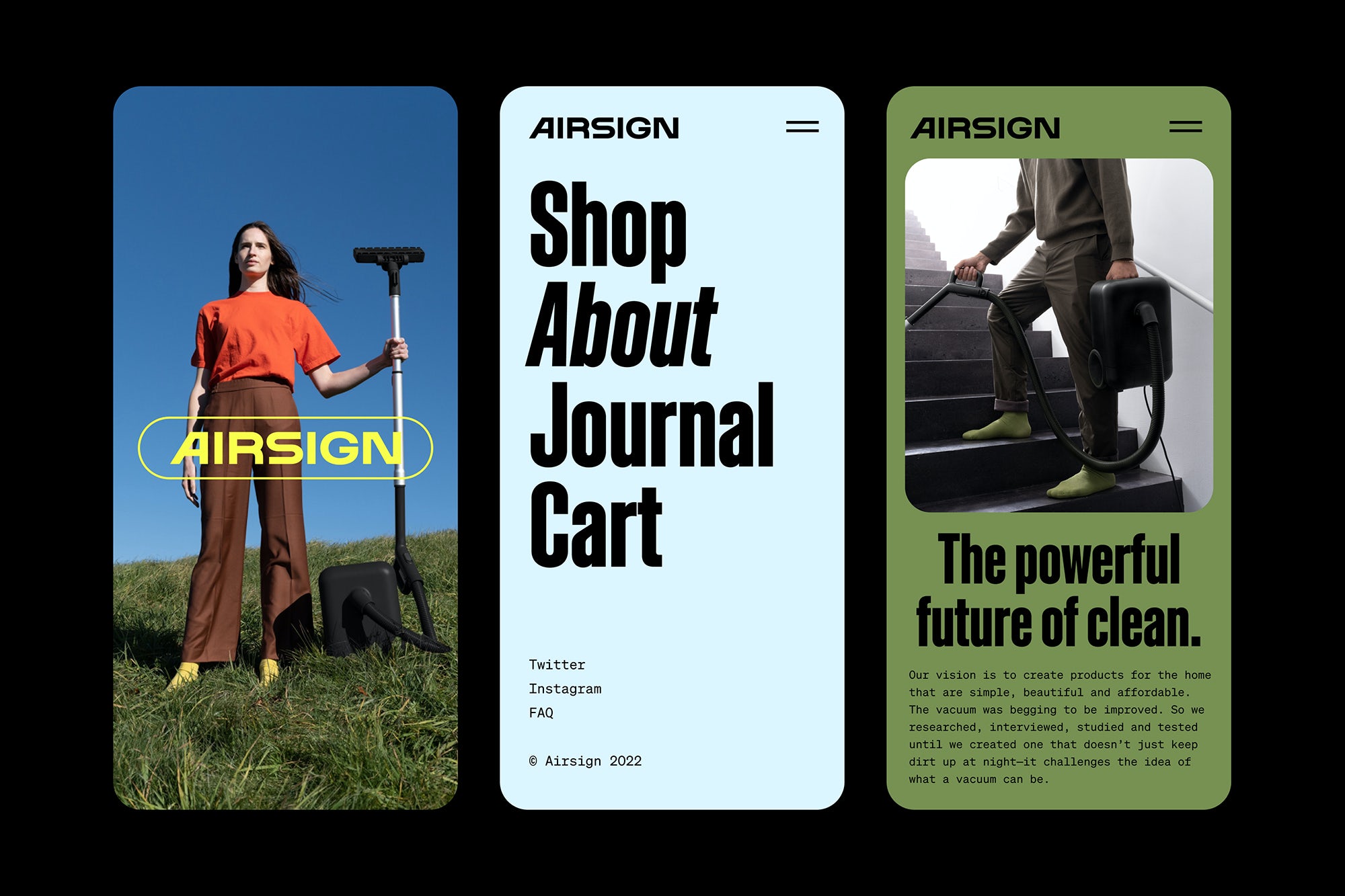 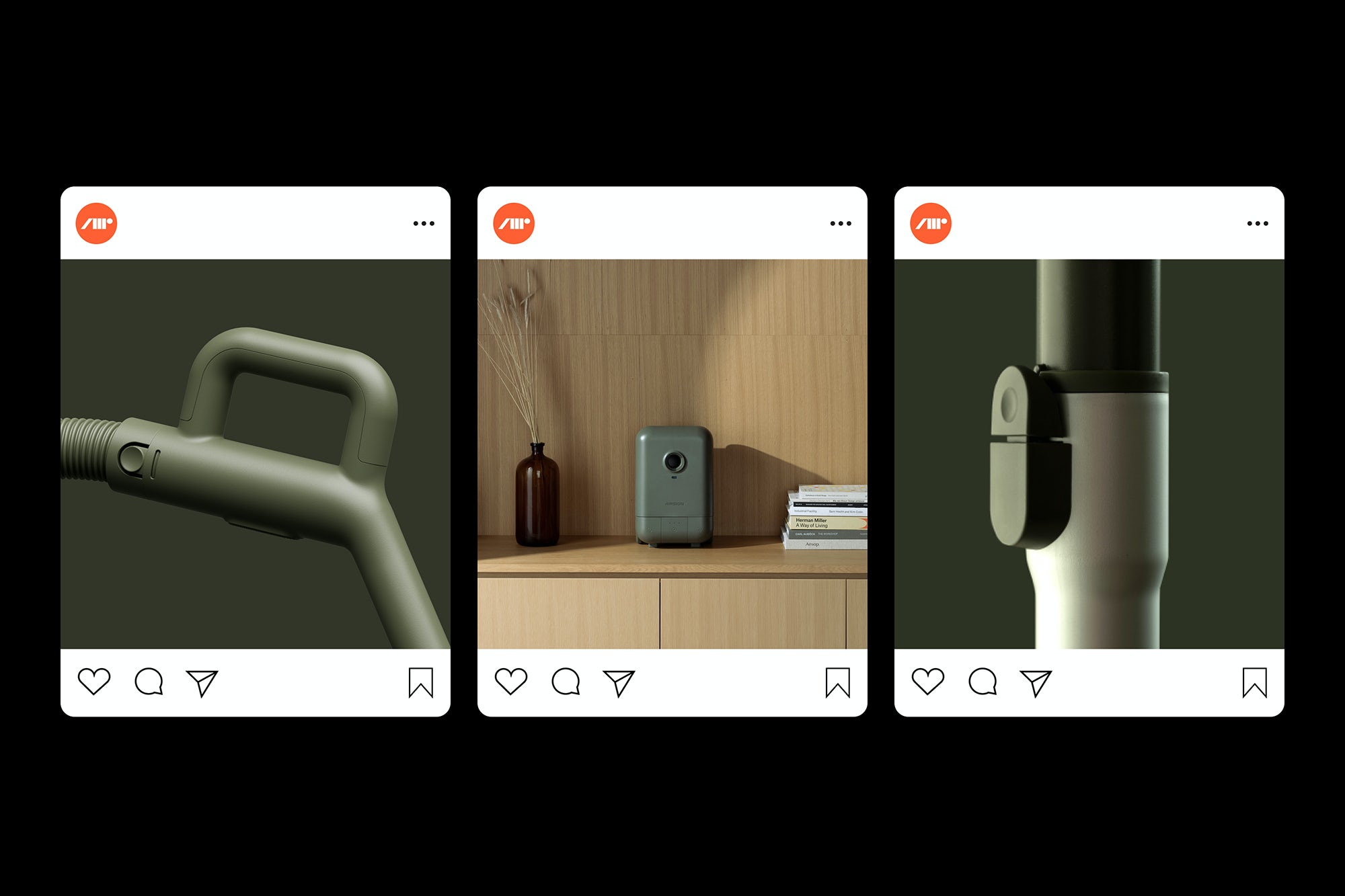 To reflect the products’ emphasis on compact, minimalist and human-centred design, the branding had to be understated and simple, while also evoking ‘humanity and warmth.’ The lifestyle imagery the agency created shows scenes set in a mid-century style household, using an unusual colour palette that plays bold, popping colours against subtle neutral tones, inspired partly by post-war era Italian design.

Airsign launched with its first product, the HEPA Vacuum, which is made of 20% recycled plastic and designed so that every part is replaceable and easily installed by the customer. The product can also be fully disassembled and recycled after its lifespan. Airsign states its mission as to “create products that are beautifully designed but better for people and for the planet”.