LA-based illustrator and creative director Akiko Stehrenberger has been behind some of Hollywood’s more inventive film posters of the last 15 years, applying her chameleonic art style to movies directed by Spike Jonze, David Lynch, Sofia Coppola and the Coen Brothers. Her style mixes illustration with a certain conceptual ambiguity. “I think if illustration is used, it needs to serve a purpose or else it becomes a paint-by-number,” she tells us. “I pride myself on my concepts as well as my illustrations, even if the concept is not immediately evident.”

This year, she’s produced artworks for many movies, including Shia Laboeuf biopic Honey Boy, but her favourite projects have come from her most instinctive ideas. “I’m also happy when I can create a poster that makes the viewer look an extra second longer,” she says. This is a strategy she mastered in her official poster for highly-anticipated period drama Portrait of a Lady on Fire, which would sit comfortably in a Rorschach test. At first glance, a thickly painted flame rips through the centre in a literal take on the film title; further inspection reveals a subtle allusion to the complicated romance at the heart of the film.

“This was the second time [distribution company Neon] let me do an optical illusion poster illustrated in a minimalist approach,” she says. “I’m always so thrilled when a client lets me do my thing without fear of adding more for marketing purposes. It immediately received amazing responses after it was made public last week, which again is just an added bonus.”

Another of Stehrenberger’s favourite projects from 2019 is The Last Black Man in San Francisco, a tale of gentrification that proved a hit at Sundance. She created two Clio award-winning posters for this film, having convinced A24 to create a second, more conceptual design (the first one is here). “I felt very strongly about this idea because not only was it so simple [and] gave us San Francisco without showing the Golden Gate bridge, it literally and metaphorically showed [lead character] Jimmie’s uphill battle in the story and touched on the surreal moments of the film.”

Far from the more predictable and often cluttered posters usually churned out of Hollywood, Stehrenberger’s film art encourages lingering thought. “I would like to think directors and studios come to me because of my less obvious approaches,” she says. “I have a hard time making things without an idea behind them.” Her illustrations are the kind that beg to be framed, but for now, her work is going to be housed in a book published by Hat & Beard Press, which will take a closer look at her compelling portfolio from the last 15 years, and the varied creative process behind it.

“The book wasn’t my idea,” Stehrenberger tells us. “I was casually speaking to a director I had previously done posters for, telling him I was burnt out from doing movie posters for 15 years. I told him my pipe dream was to walk away from it completely, to go sculpt in the woods or something. He told me if I did that, that I’d need to have a book of my posters.” After chatting with another director a few months down the line, she was approached by Hat & Beard Press about a book, and the idea became a reality.

“It’s pushing me well beyond my comfort zone. The idea of its permanence scared me and it gave me many anxiety attacks, but I knew I had to step out of my comfort zone,” Stehrenberger says. “I was behind the scenes and nameless for so long and was perfectly happy being there. Most of my friends didn’t even know what I did for a living, or at least to what measure, because I try talking about work as little as possible. However, at the heart of all my panic and insecurities, I had to remind myself that this book is a good thing and how great it will be for my young son when he grows up to see what his mom did for a living.”

The book comes at a time when Stehrenberger is expanding her focus to art more generally – though fans will be reassured that she’s not leaving film poster art behind entirely. “It’s been incredibly kind to me and I feel so honoured for all that it does for me. The downside is that it doesn’t allow for much time to make anything else,” she admits. “I feel so lucky to be in a position of having too much work but also don’t want to neglect other types of projects. I don’t have my sights set on becoming the next big fine artist or anything, I just want to find a better balance so I don’t neglect my other creative outlets.” With any luck, you’ll find her sculpting in the woods. 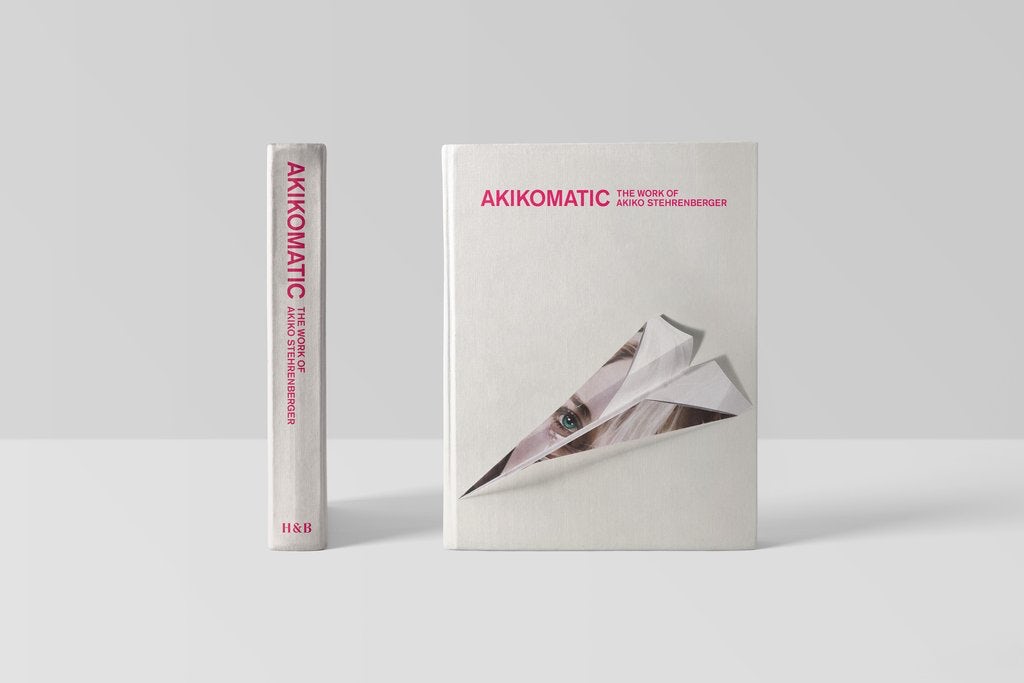 Akikomatic: The Art of Akiko Stehrenberger is published by Hat & Beard Press on January 28 and is available for pre-order here; @doyrivative