Alex May Hughes is one of those lucky people who has managed to craft themselves their dream job. While most of her classmates on the graphic design course at the London College of Communication were encouraged down the route of digital design, she was determined to seek out a practice that relied on using her hands. Eight years on from graduating, Hughes has carved out a niche for herself as a modern-day sign painter and glass gilder.

You’re as likely to spot Hughes’ work on shopfronts around east London as you are hanging as an art piece in someone’s home, and her series of pieces paying tribute to The Simpsons has become a social media sensation. She has also worked on a number of more unusual commissions, including a cover for Stylist magazine and a Penguin reissue of The Help by Kathryn Stockett as part of the publisher’s Essentials Collection.

Here, she tells CR about her mission to keep the art of sign writing alive, finding inspiration from everywhere, and why experimenting is the best way to get over a fear of failure. 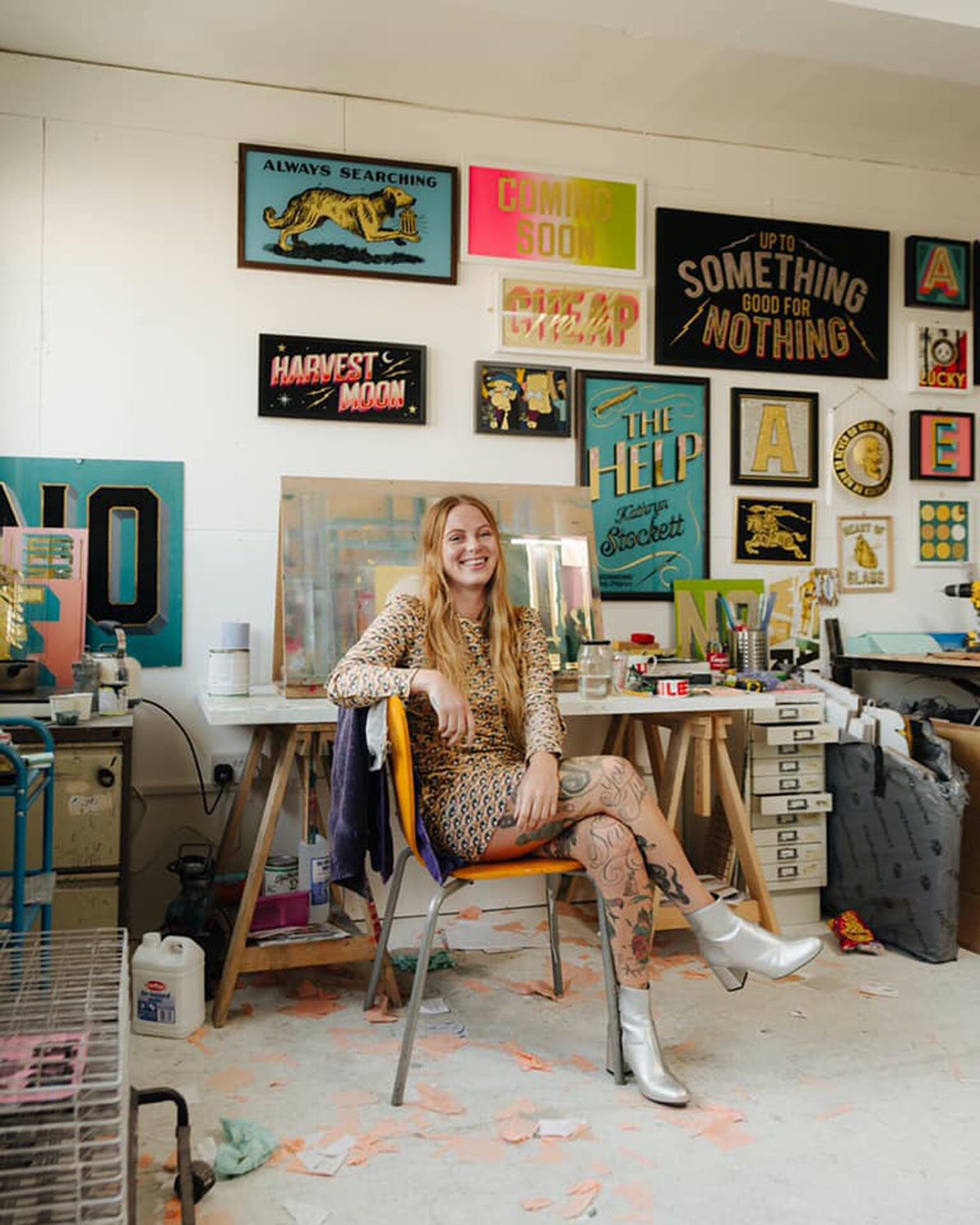 On going against the grain at uni Everything was quite digital, it was about stuff for websites and sometimes even apps. Nothing about that appealed to me at all; I didn’t enjoy it, I couldn’t get my head around it. I was spending all of my time in the basement of the uni, because it used to be the London College of Printing, so they have these amazing resources for screenprinting and letterpress, and all kinds of stuff where you can go and get your hands dirty. Unlike trying to learn a piece of software or coding or anything like that, you could just put some paint on a thing and it was there, you made it. I found that really gratifying and rewarding, and going forward I wanted to do something that was using my hands and spending as little time looking at a screen as I could.