Marshall McLuhan called it “an icon” and it remains virtually unchanged after over four decades in use: Allan Fleming’s 1960 ‘worm’ logo for the Canadian National Railway Company was the overwhelming favourite among our design experts when we polled them for their favourite logos. Fleming had just turned 30 and was working at typographic firm Cooper and Beatty when the opportunity arose. CN had carried out a survey in 1959 revealing that people thought it an “old-fashioned”, “backward” organisation, hostile to innovation. Dick Wright, CN’s head of public relations commissioned New York designer James Valkus to study the problem. Valkus proposed a complete overhaul of CN’s visual image with a new logo (replacing its staid maple-leaf based design). He gave the job to Fleming.

As happens so often, the idea came to Fleming when he was on a flight from New York and he sketched his idea quickly on a napkin. With Valkus, he then worked it up into the future classic we know today (there’s a wonderful image in Fleming’s archive of an early version with the following note from Valkus: “Make it thinner & we’ve got it.”)

The continuous flowing line symbolised “the movement of people, materials, and messages from one point to another,” Fleming said. “The single thickness stroke is what makes the symbol live. Anything else would lack the immediacy and vigour.” Abolishing the R for Railways also made the logo bilingual (‘Canadien National’ as well as ‘Canadian National’), an important plus-point in Canada, and made it more suitable for the many non-rail businesses CN ran at the time such as hotels, telecommunications, and ferry services. 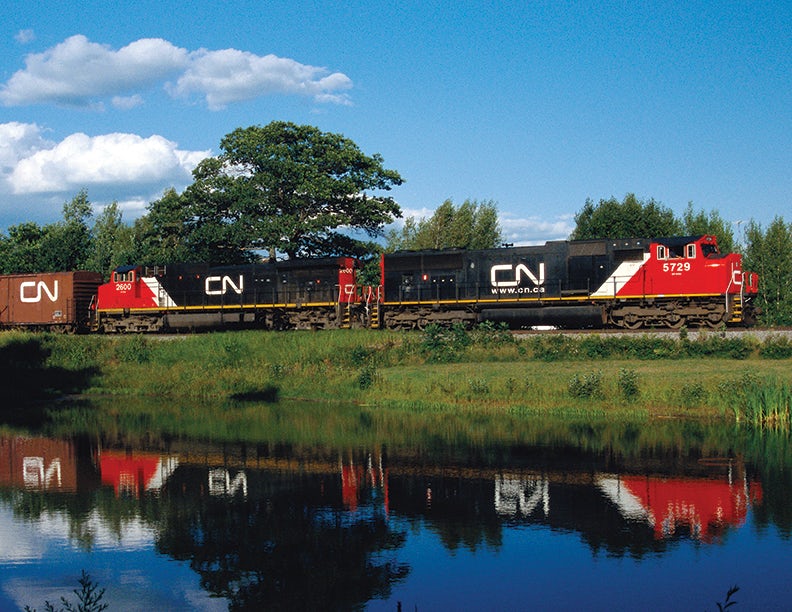 “I think this symbol will last for 50 years at least,” said Fleming of his work. “It don’t think it will need any revision because it is designed with the future in mind.” Fifty-one years on, it’s still going.