Founded in 1988, the Lettering Arts Trust has become known for preserving the centuries-old art of letter carving in today’s digital world. The charity’s physical home at the Lettering Arts Centre in Suffolk regularly plays host to typography-themed exhibitions, including recent ones that have looked at the work of contemporary lettering artists and the life of designer and typographer Berthold Wolpe.

In its latest show, the centre has turned its focus to one of humanity’s longest-serving inventions: the alphabet. Running until September, The Alphabet Museum explores the history and evolution of the 5,000 year-old form of communication that is still used by people around the world everyday. 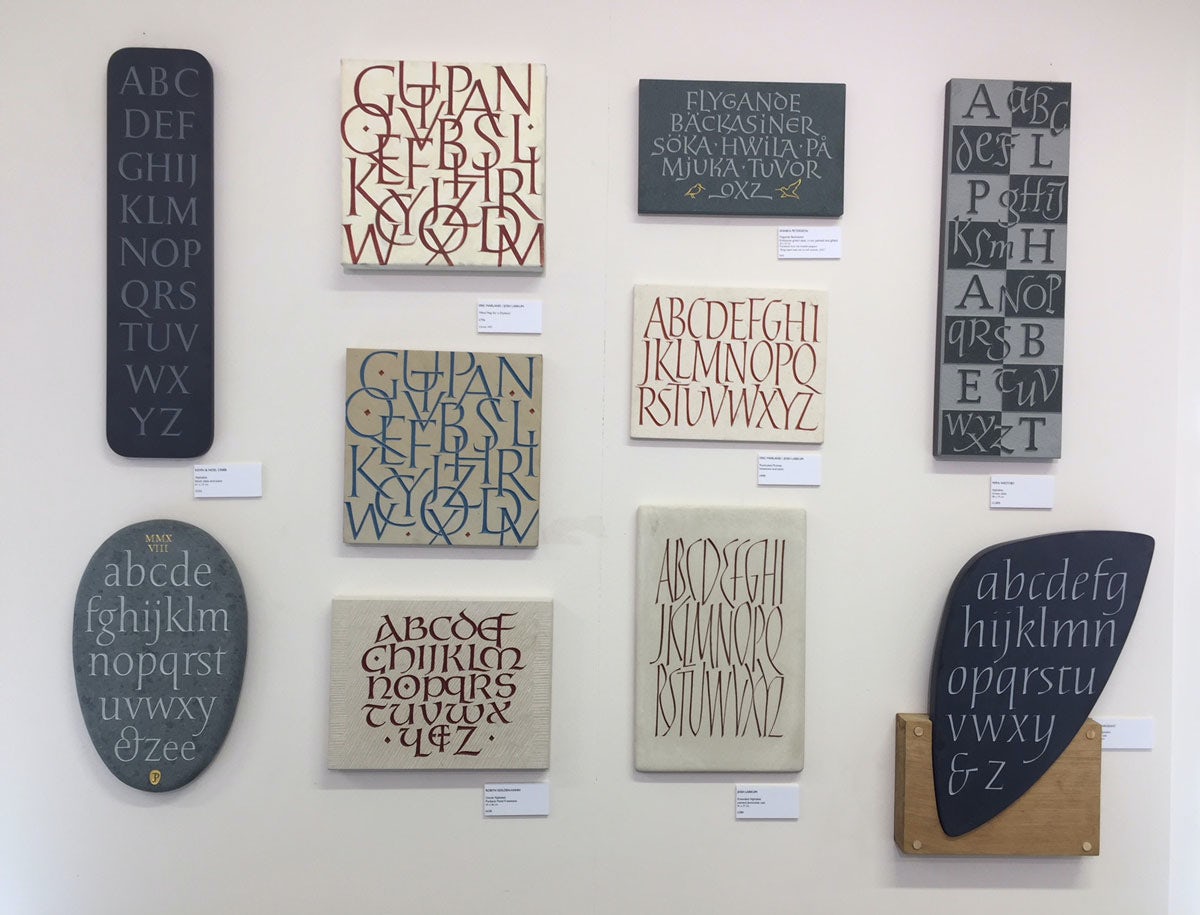 The exhibition features a variety of work – much of it newly commissioned – that shows the connections between symbols and sounds, and the ways in which lettering artists interpret the alphabet in different ways.

Exhibits include carvings, drawings, word work, systems of codes and various alphabets ranging from Greek and Roman to Hebrew and Runic. Highlights include The Father Catich Alphabet by calligrapher and priest Edward Catich; Flygande Bäckasiner, a depiction of the letters used by the Swedish military, cut into green slate and painted and gilded by artist Annika Petersson; and the Uncial Alphabet, a calligraphic alphabet inspired by mediaeval British manuscripts. 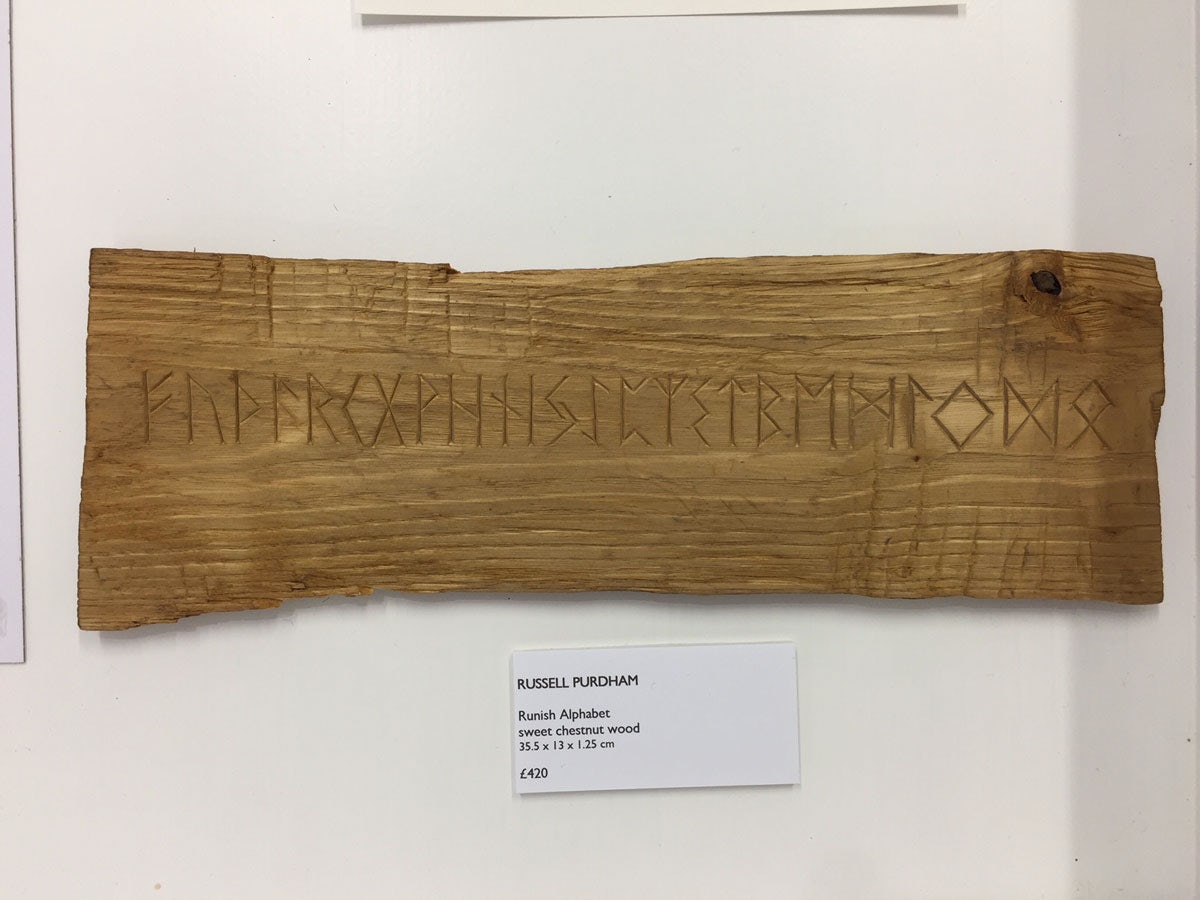 Curator Eric Marland came up with the idea for the exhibition after looking into the work of epigrapher and alphabet expert Dr David Diringer, and in particular his book Writing, which details the history of different lettering systems across the world.

“Until I discovered David Diringer, I’d worked with the alphabet constantly, for years, without giving it a second thought or questioning it in any way,” says Marland. “Diringer made me realise that the letters are our tools, as much as the pens and chisels we wield. Without them, we would be left to use the cumbersome and complicated pictographic representations of the subjects and feeling that we’re trying to express.” 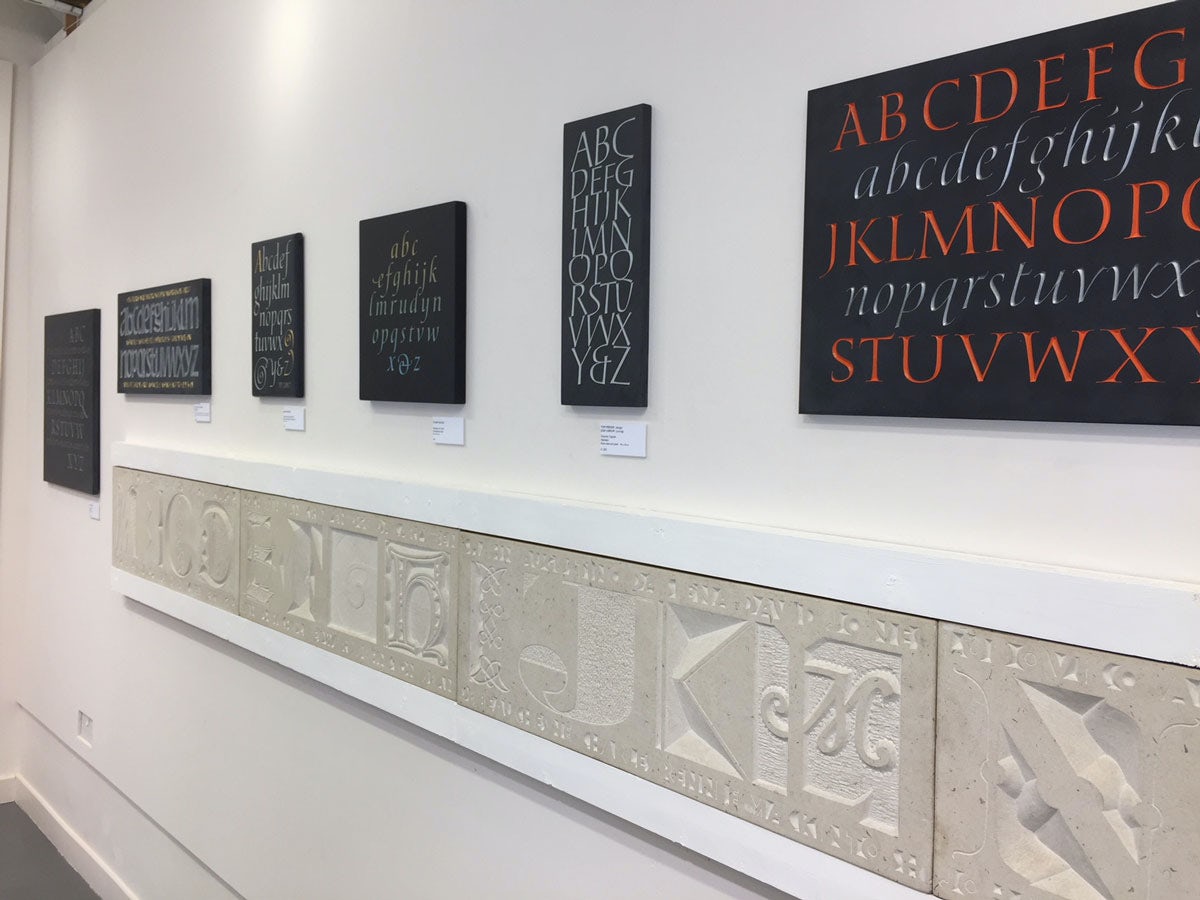 The Alphabet Museum runs until 9 September 2018 at The Lettering Arts Centre. For more info, head here