The film is an intimate and sensitive portrayal of a woman’s daily life as she cares for husband with dementia and battles, fruitlessly, for much-needed support.

Accompanied by OOH, online and social ads, the campaign aims to highlight the impact that dementia has on entire families. It is released at a time when the UK’s social care system is once again under scrutiny, with campaigners calling for a clear, budgeted plan to ensure reform.

Alzheimer’s Society’s aim is to raise awareness with the ads and also encourage people to sign its Cure the Care System petition, which can be found here. 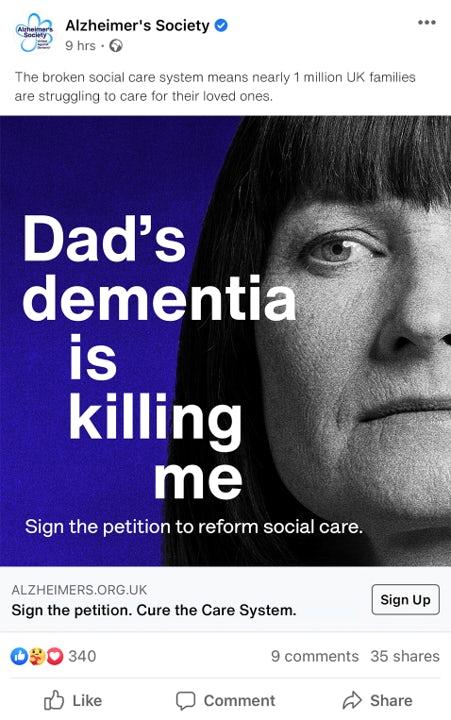 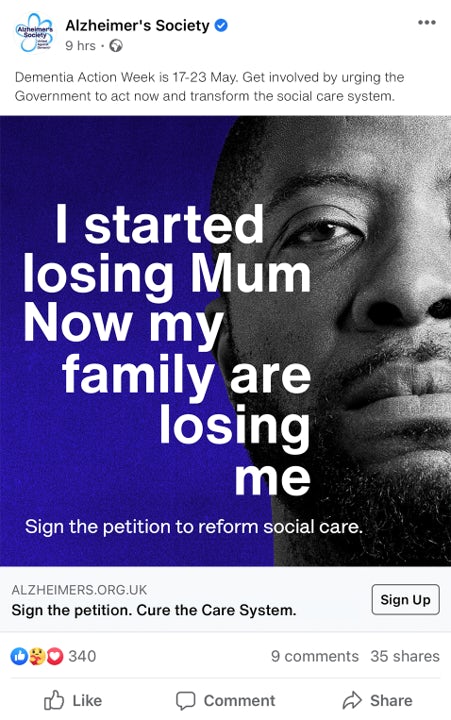