With the rise of the craft beer brigade and a more health conscious public reducing their alcohol consumption, mainstream lager brands have struggled to make themselves heard over the last decade.

In Amstel’s case, the Amsterdam-based brand has been one of the world’s most recognisable names in beer for almost 150 years but, from a branding perspective, it has suffered from many of the same problems as competitors such as Carlsberg in recent years. 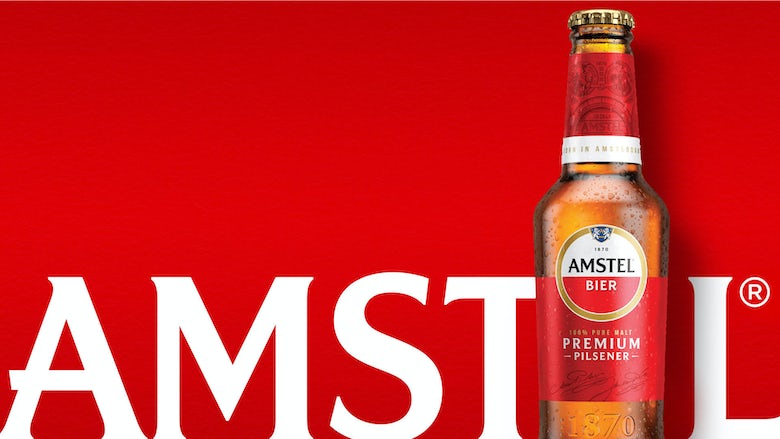 With Amstel’s 115 markets requiring various different iterations of the brand to tie in with local needs, this approach had resulted in a visual identity that was incoherent and inconsistent.

The company brought in Elmwood’s London team to create a new global brand framework with multiple assets, so that local markets could chooose how to create their own expressions of the Amstel identity. 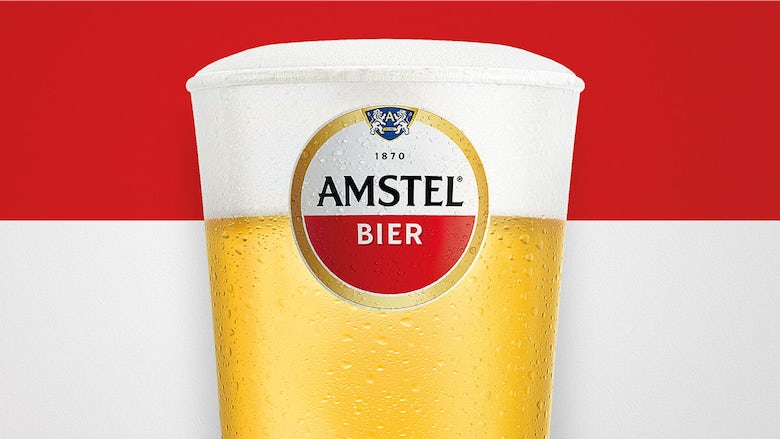 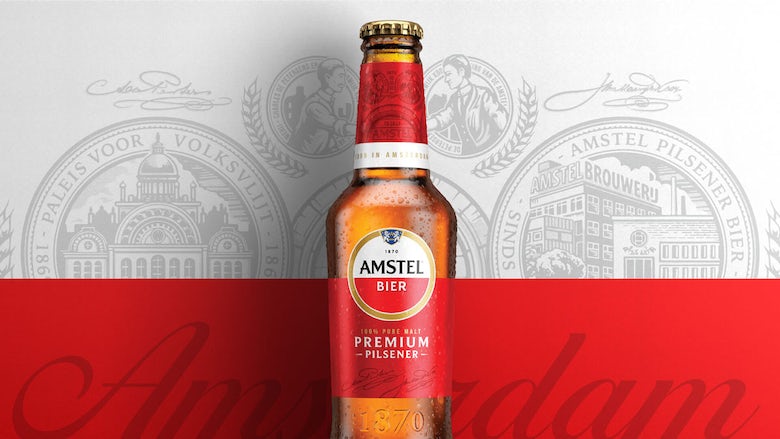 Elmwood began by digging into brand’s archives, focusing on its distinctive red-and-white split roundel and dialing up the shape and colour. The team then created two logo options for markets to use across their local communications.

The consultancy also created a series of illustrations focusing on the brewing process, including the Amstel River and bridge and the founders’ signatures. 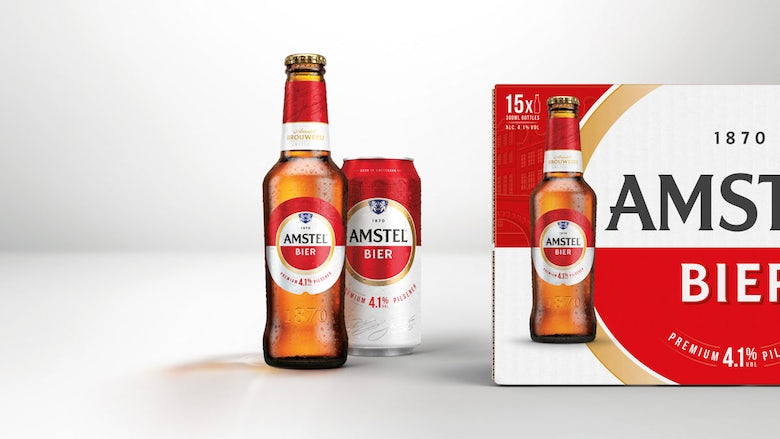 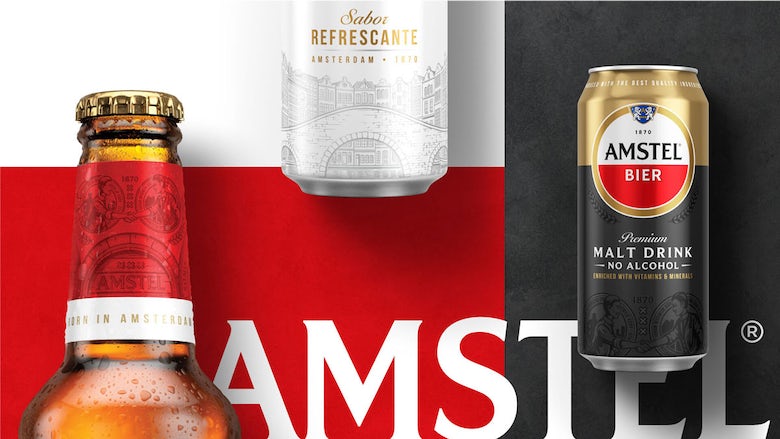 The new branding began rolling out globally in April, the idea being that local markets around the world would be able to choose which assets and stories to celebrate in their own marketing.

Amstel’s new identity may not pack as much of a punch as the raft of creative craft beer brands we’re used to seeing these days, but it does pull off the tricky feat of being flexible enough to work on supermarket shelves around the world.