Founded in 1873, Massachusetts College of Art and Design – better known as MassArt – is the first publicly funded freestanding art school in the US. The Boston-based school’s dream to have its own, on-site teaching museum has been in the works for over a decade.

Housed in the school’s newly renovated Bakalar & Paine Galleries and free to visit, the MassArt Art Museum will officially open to the public in February. As a ‘Kunsthalle’ museum, it won’t have a permanent collection but will celebrate the work of a diverse array of contemporary artists in its temporary exhibitions – from video game art to multimedia installations. 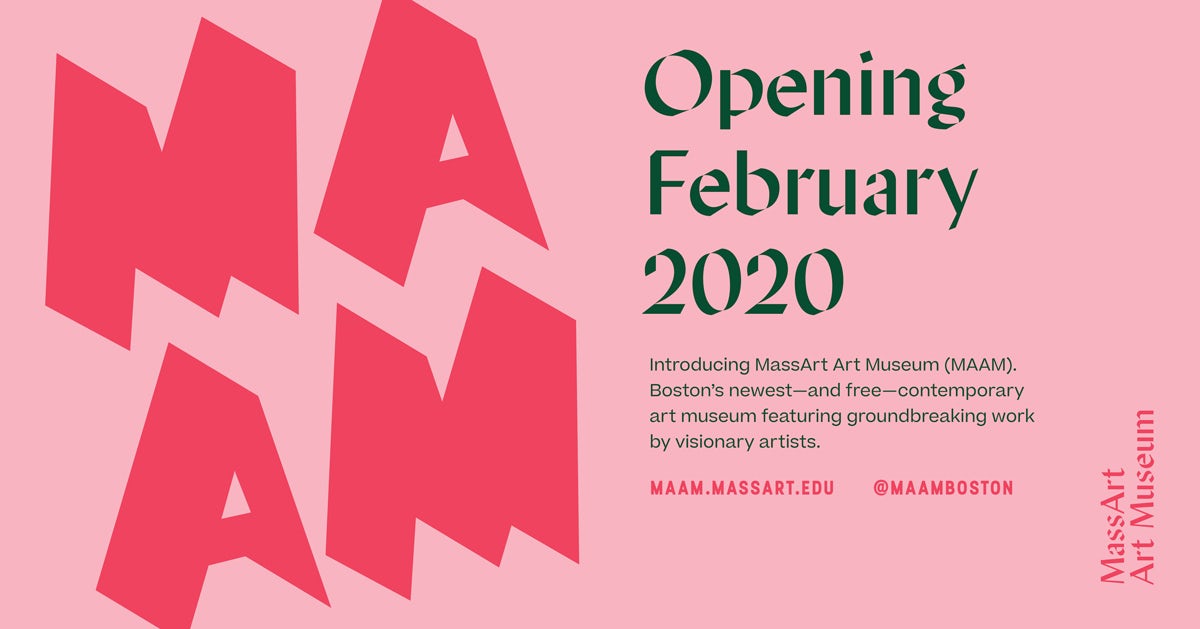 With the museum’s new site confirmed, it needed a shiny new visual identity to go with it. Local studio Moth Design was brought in to create the branding for the snappily nicknamed MAAM. Hoping to differentiate it from the monochrome motifs typically associated with art institutions, the studio was briefed to come up with something a little more avant garde.

“MAAM is a place to ‘imagine the unimagined’, to see what you haven’t seen before – this required an identity and personality that reflects the element of surprise and unexpectedness,” says Moth Design founder and Director Tammy Dayton. 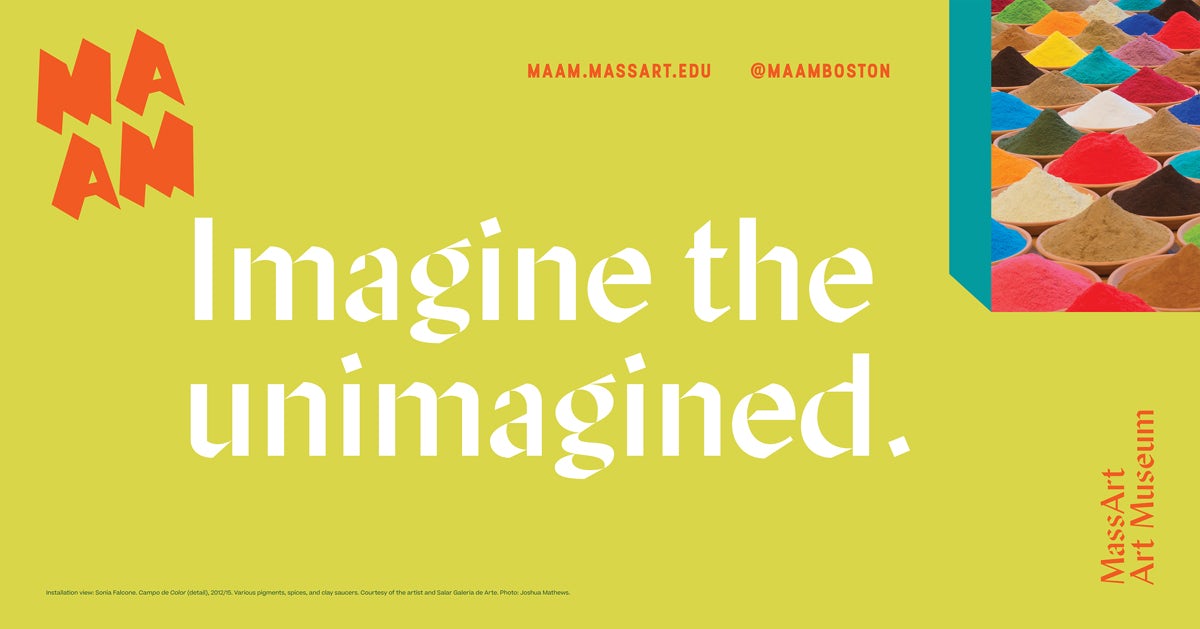 During an early visual workshop, the MAAM team reached a consensus on what they wanted out of the all-important logo: “No serif, no sans serif”. Moth Design’s response was a colourful, jagged-edged logotype, which can be broken apart and used as a framing device.

“The logo is alive, just like the spirit of the museum,” says Dayton. “It’s dynamic in its smallest scale use (eg social media avatars), yet it can be used as large wallpaper backgrounds in the museum space and on promotions.”

The studio also enlisted the help of MassArt alumnus Nick Sherman from type foundry HEX to create a bespoke typeface, MAAM Sans, which is seen across the museum’s branding and marketing materials. 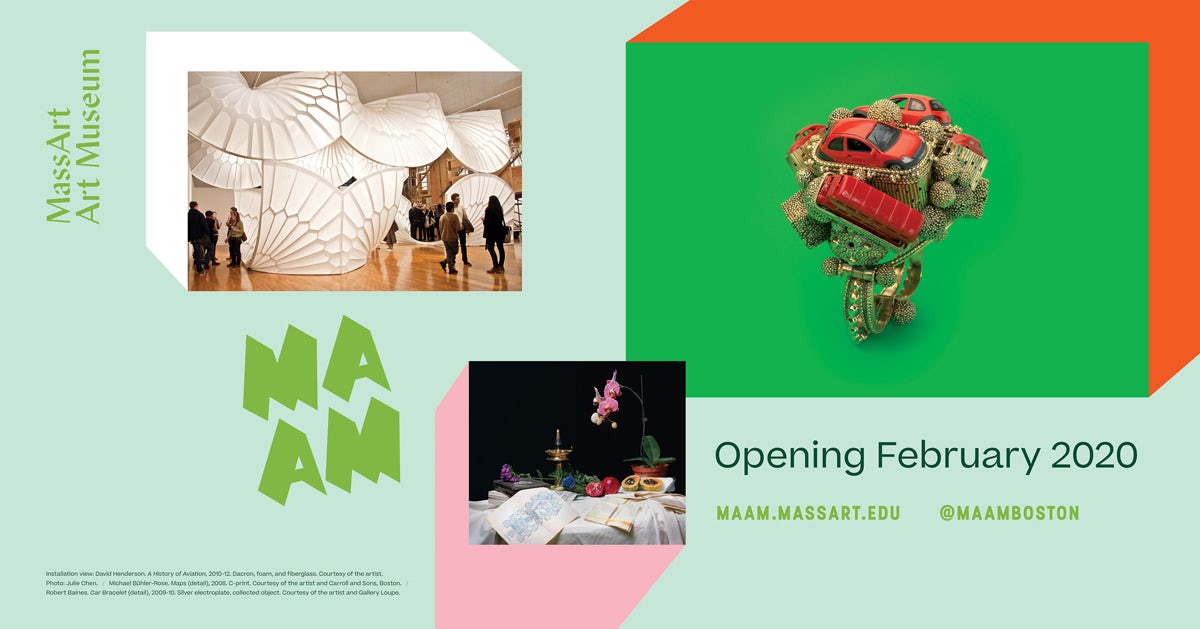 Elsewhere, Beatrice and Stellar appear as secondary typefaces, and a number of bright colour combinations are used in pairs to serve as a metaphor for an exciting and unexpected visual conversation.

As a teaching museum, MAAM is challenging itself to inspire the next generation of creatives, and Dayton hopes its visual identity is a reflection of that. “We found balance with a system that holds credibility and gravitas, without feeling stuffy or uninviting,” she adds. 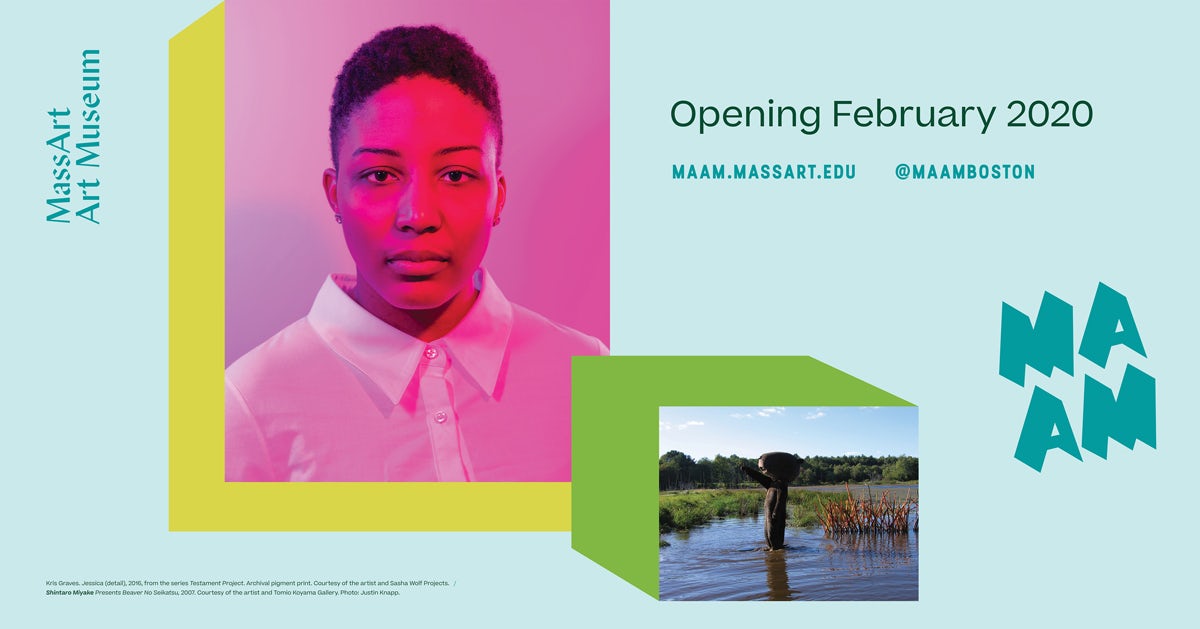