Anti-animal cruelty charity, Humane Society International (HSI), has launched Save Ralph, a short film to spotlight the realities of animal testing. Created by London-based stop motion studio Arch Film Studio and director Spencer Susser, the short calls for an end to cosmetic testing on animals around the world.

The film features HSI’s ‘campaign spokesbunny’ Ralph, voiced by Oscar winner Taika Waititi. Shot in a documentary style, we see Ralph describing his job to the interviewer (voiced by Ricky Gervais), speaking positively about the opportunity to help humans. As the three-minute short rolls on though, viewers are presented with the cruel truth of what rabbits like Ralph have to endure.

The project took nearly a year to complete, and was shot throughout lockdown at Arch Film Studio, part of Arch Model Studio. “We looked at it and initially, I was just going to make the puppet,” says Andy Gent, founder of the studio and modelmaker, best known for his work on Wes Anderson’s Isle of Dogs and Grand Budapest Hotel. “It was going to be shot in Oregon. But then because it was the start of lockdown and we couldn’t travel, I found myself agreeing to make the sets as well.”

Working with cinematographer Tristan Oliver and stop motion animator and director Tobias Fouracre for the project, the goal of the film is to shine a light on the plight of countless rabbits and other animals suffering in laboratories around the world, which although banned in 40 countries, is still legal in most of the world.

Though it’s an uncomfortable watch, the film successfully uses dark humour and stop motion animation to create a strong emotional message for viewers to engage with. “Animation is amazing because you can communicate really tricky subjects, but because it’s animated, it sort of softens everything as well,” explains Gent. “And yet, it’s very sophisticated in that you can tell complex stories, and with stop motion especially, it bases it in a world of reality.”

Gent says other forms such as live action would have been too realistic and would have horrified the viewer so much they’d have turned off. “Being able to slightly stylise it with animation really helps it to become more palatable,” he says. “And it’s cleverly done, Ralph is an adorable character, who we strove to make sure is charming while he puts on a very brave face. To be able to build that in means that you can then get the pay off with the hard reality at the end without losing people.” 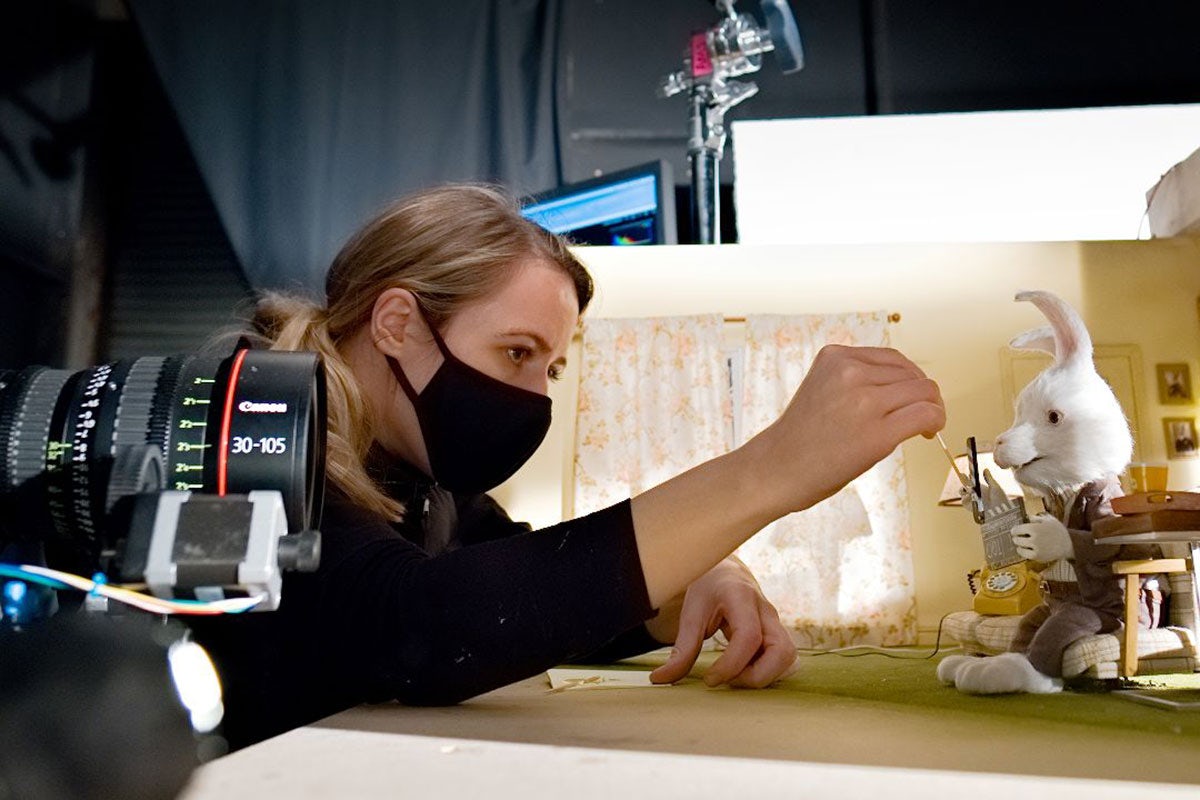 Ralph the model took around 15 weeks to create, but he started life initially as a 2D design, as everything does on Gent’s projects.

“You’ve got the script, so you have an idea of performance and what’s required emotionally and acting wise, so Claudia Brugnaletti did some character designs which were then translated into a three-dimensional object, which gave us a starting point,” explains Gent. “Then Christy Matta did a lot of the initial plasticine sculpts, but then with the fur the model then changed again.” 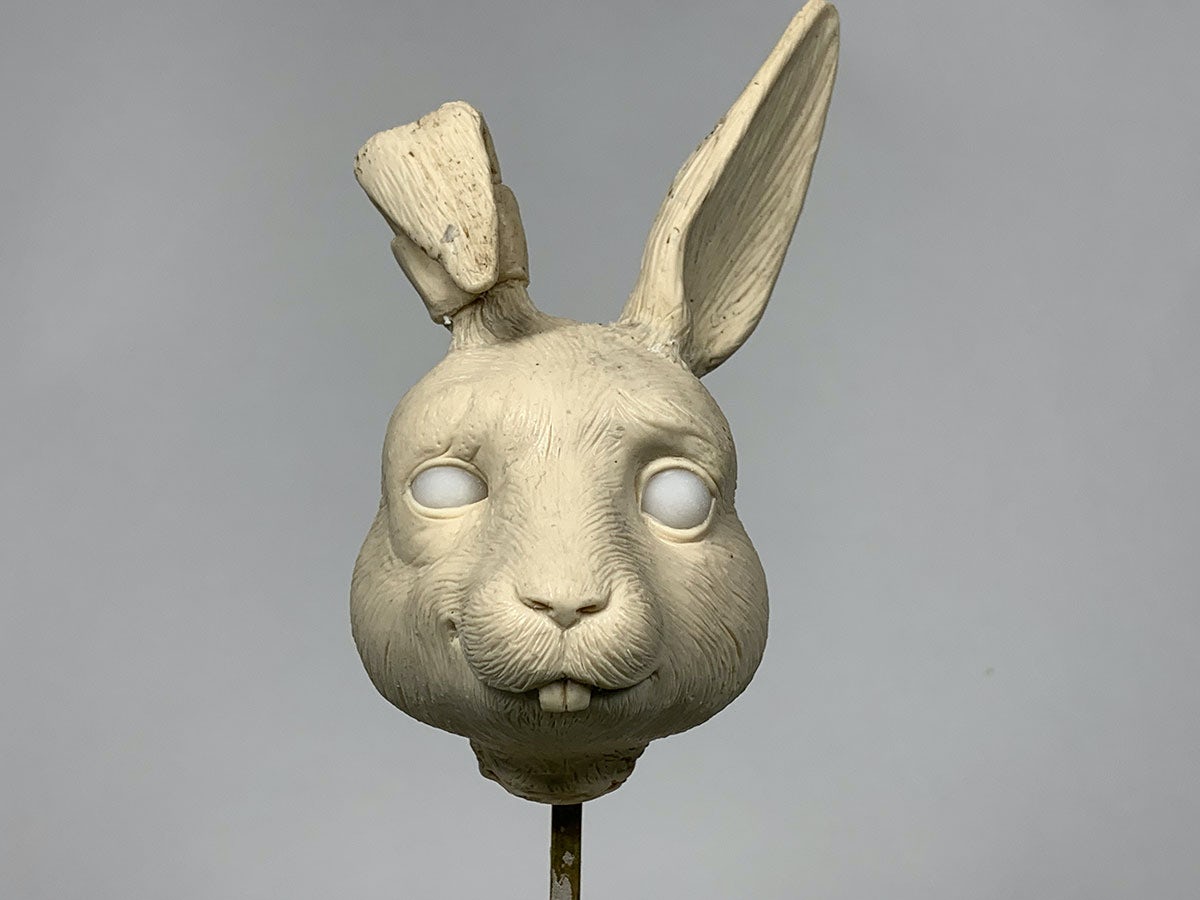 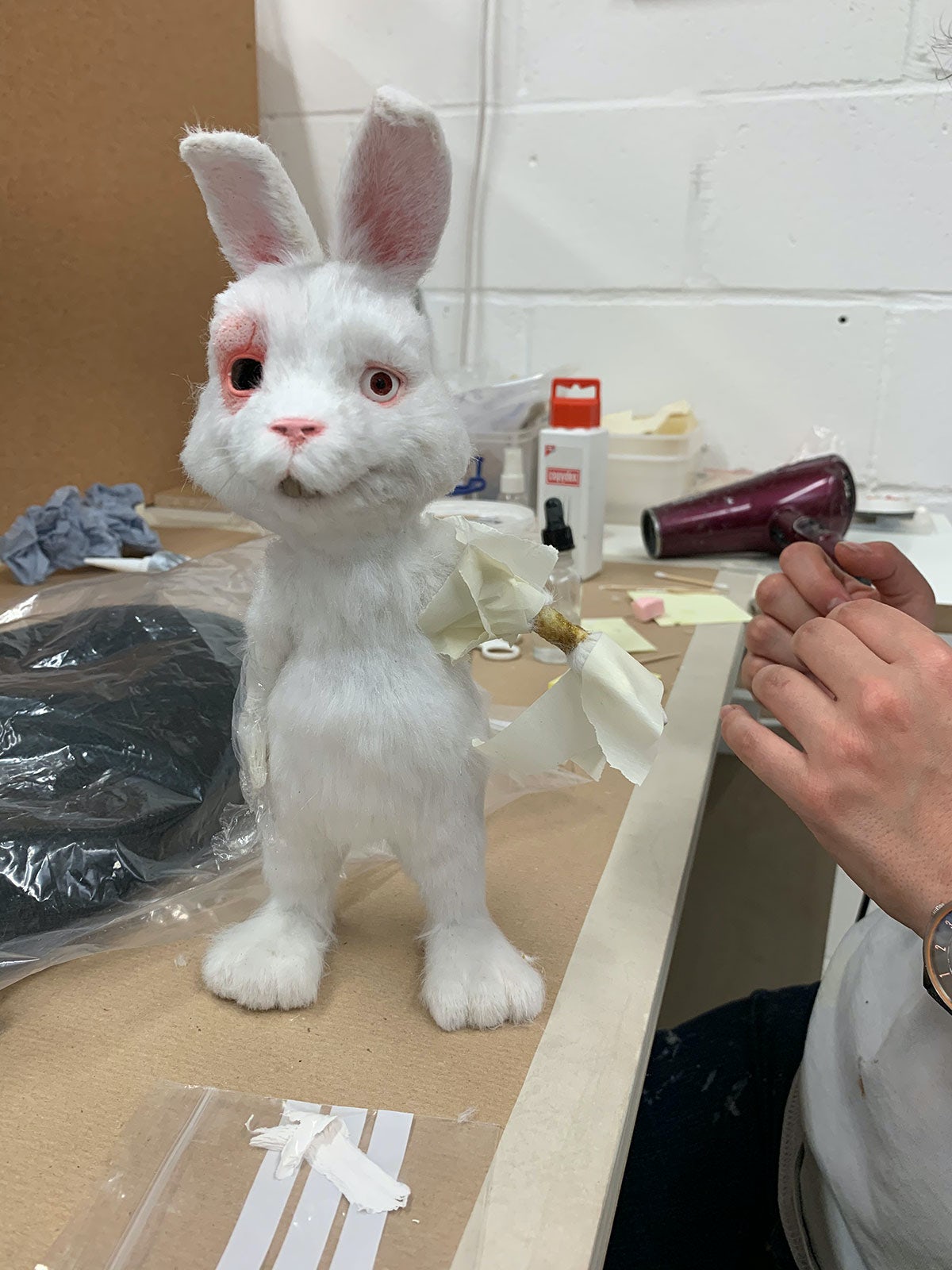 A big part of the job was mocking it all up in a ‘maquette stage’ with cardboard cutouts to make sure it could all be realised. The team then spent months and months building it all. For the handmade sets, Gent says it was important to create a place that felt like it had been there for a long time, that it had housed generations of rabbits before Ralph.

“So the sets have a period feel to them, drawing references from the 70s and 80s,” he says. “It’s also a bit cluttered because we wanted it to feel lived in, so we looked at lots of photographic references that went with the style and selected a nice palette for it all.” 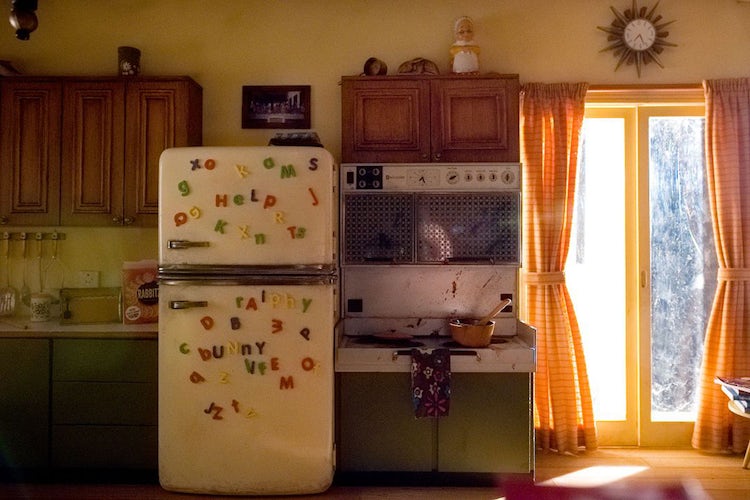 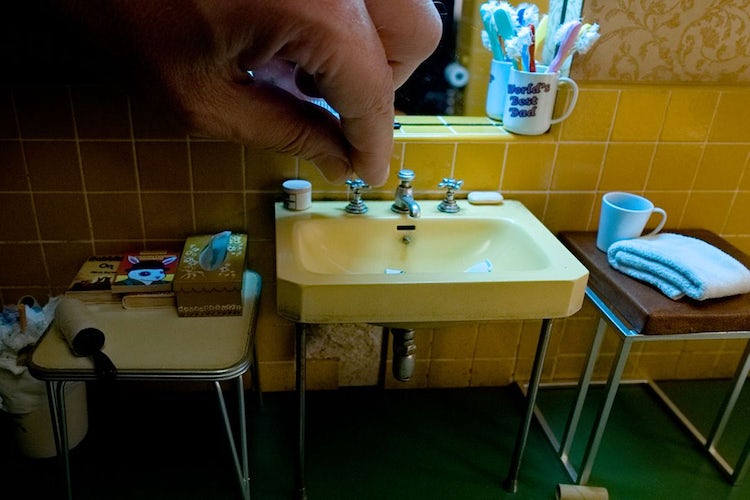 What ties these fine details together is the fact that the film is shot in the style of a documentary, which was the idea of director Susser and the HSI. “By doing it as an interview, you’re walled into a false sense of security with it, that everything is okay, and this is his imagined world inside his cage,” says Gent. “It plays out quite nicely until the hard reality of what his day is really like. It really hits you when he’s taken out of the cage and put in the laboratory,  and the panic of all of the other rabbits. So doing it as a straight documentary keeps it very real, and it doesn’t hide anything in the end.”

There were various challenges to juggle during the project, with a tight budget and the schedules of everyone involved needing to be carefully managed, and of course the fact this was all happening during a pandemic. Another challenge was balancing the appearance of Ralph as the film progressed. “Trying to make a character that’s super adorable, while telling a really hard story was challenging, as we wanted to give that punch in the end,” says Gent. “So there was the drama of making him look worse for wear when we needed him to keep going.” 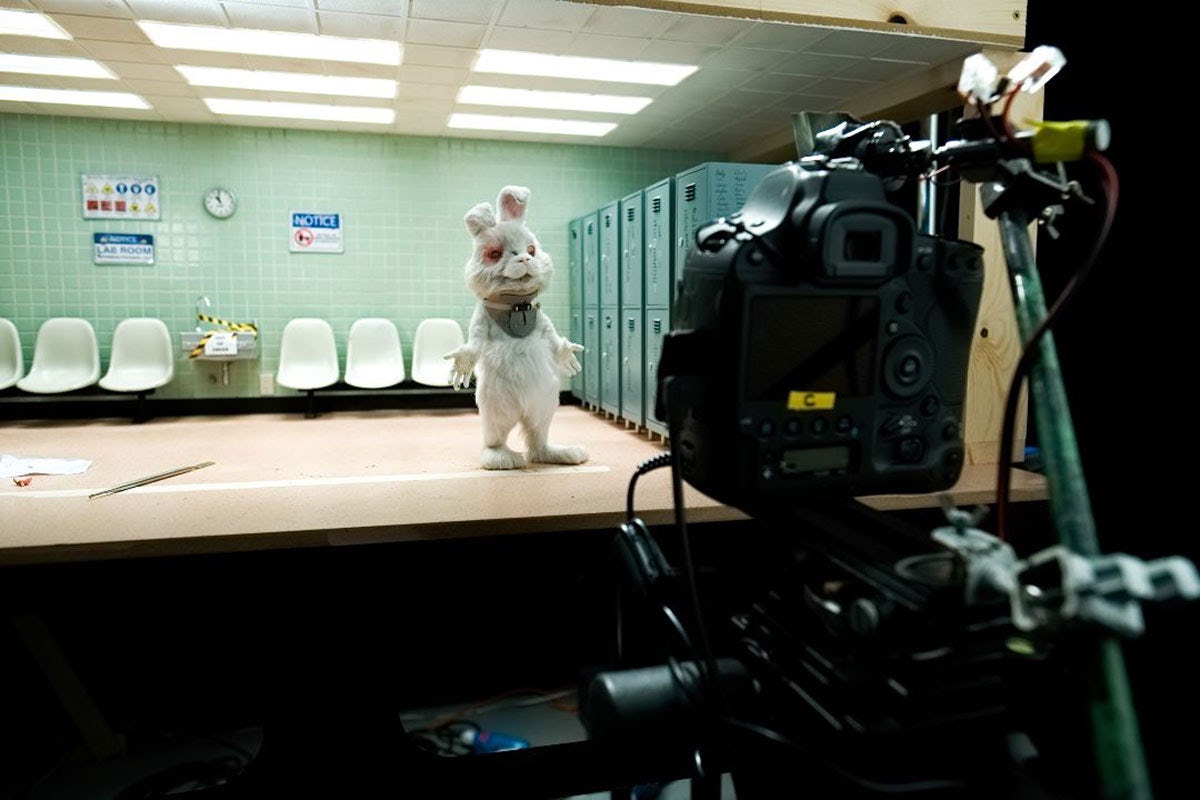 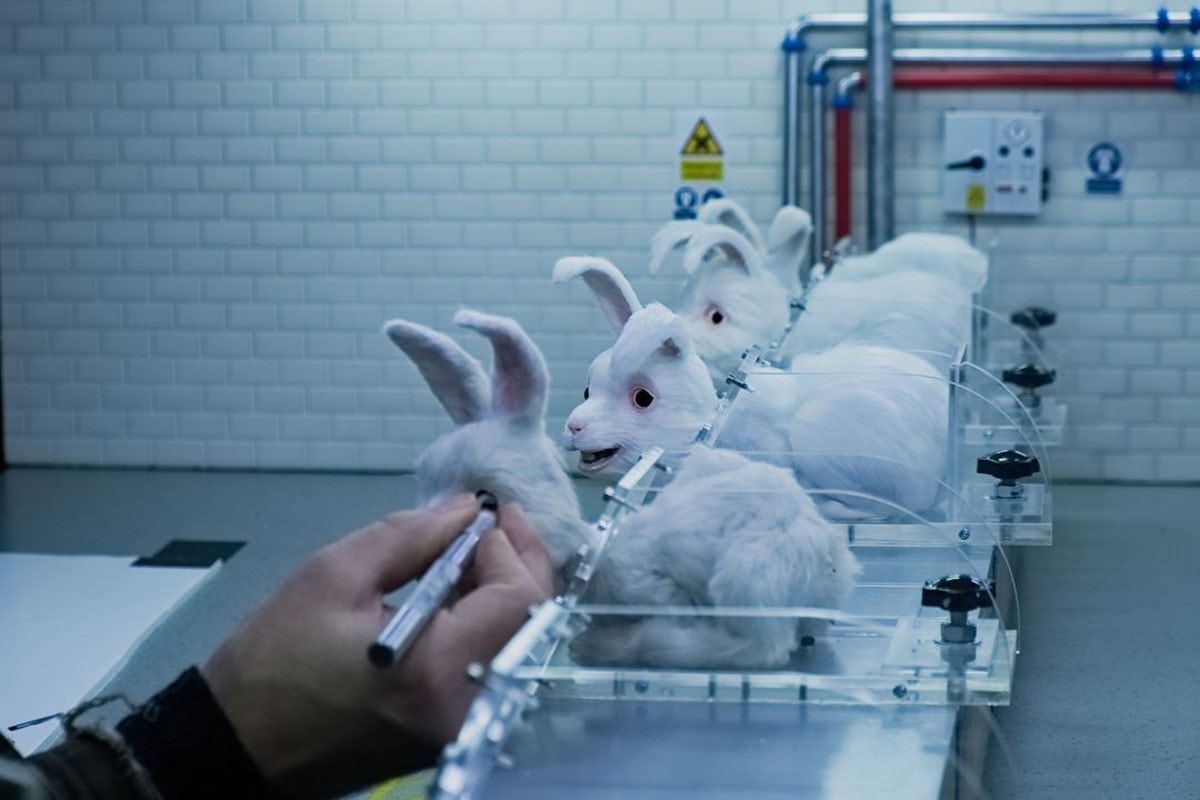 While it wasn’t a straightforward production Gent and his team relished the opportunity to take on a project that was a shorter turnaround than the feature films they’ve worked on in the past. “It was a nice return to telling a bigger story but in just three minutes,” he says. “It’s as close to making a feature film without actually spending that long on it.”

Ultimately for Gent, the film was a project they couldn’t turn down. “[Animal testing] is something that needs to finish, and I’m fully behind helping to stop it,” he says. “Working on this campaign, and you were with it for a year, so even if you were on the fence to begin with, I think after you’ve seen some of the reference material and you’ve dealt with the subject matter, you have to be on board.” 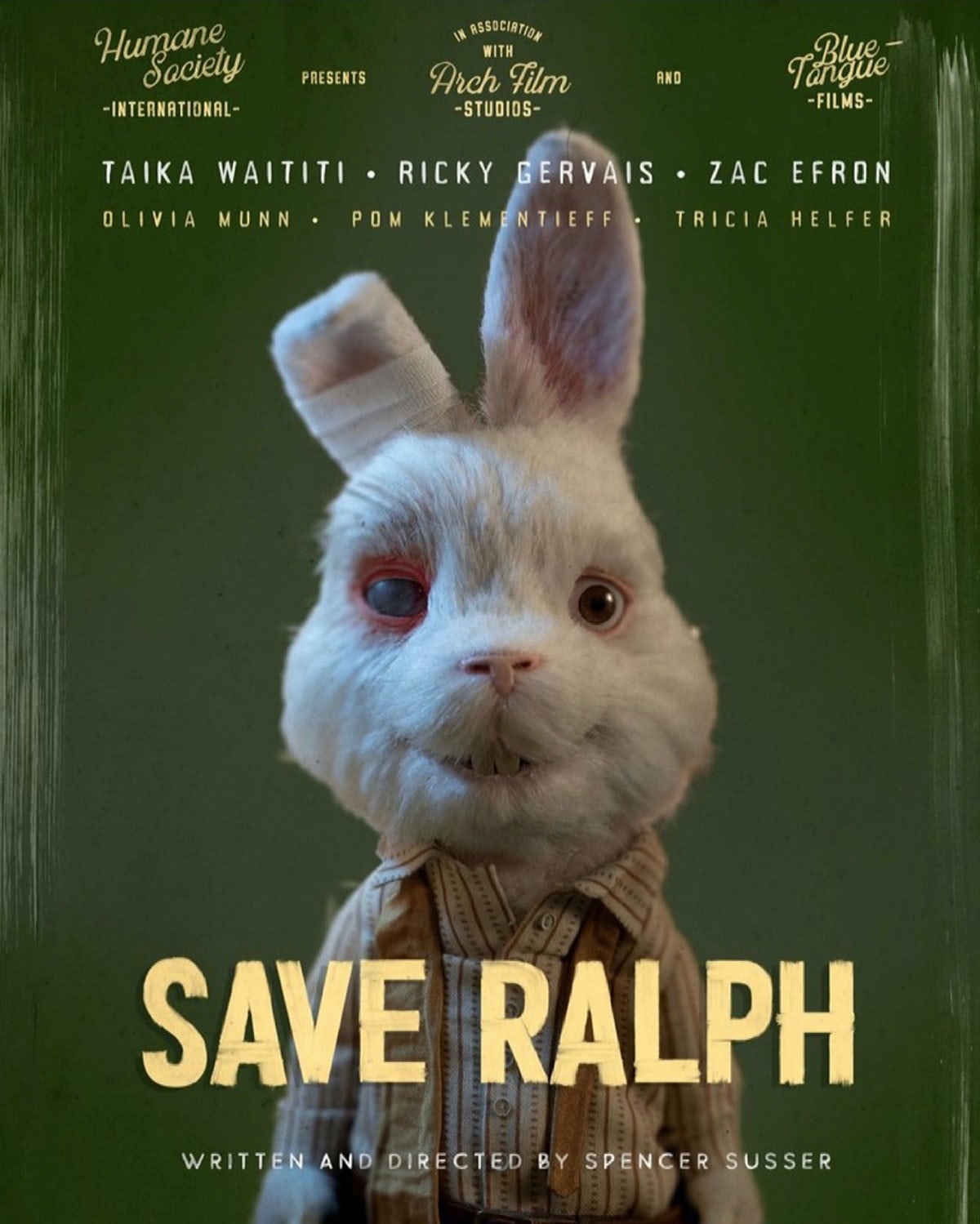