Founded in 2019, wholesale online marketplace Ankorstore aims to make it as easy to start a shop as making a website, providing a platform where independent retailers and brands can meet and trade. Today, it works with roughly 250,000 retailers and over 20,000 brands.

The company approached Pentagram partner Angus Hyland and his team to create a new strategy and brand identity framework that would both raise its profile and support its future plans. Centring on the symbiotic relationship between retailers and brands, the strategy champions the idea of ‘rewilding retail’ by creating a mutually beneficial ecosystem. 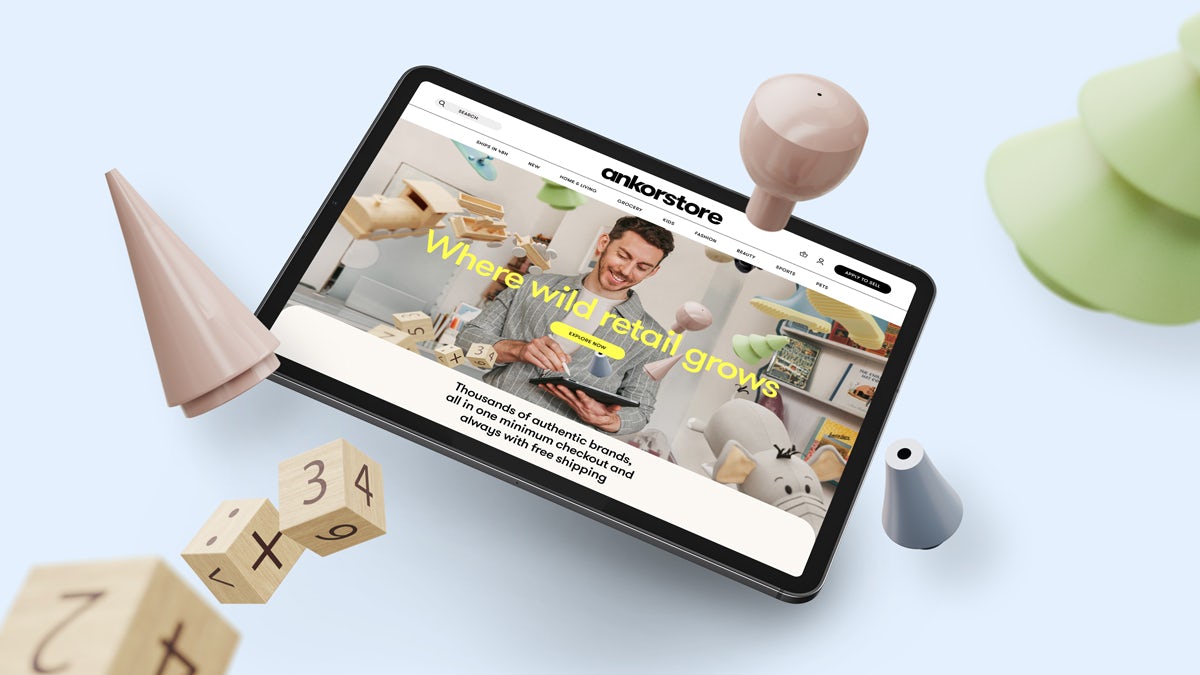 A new brand framework supports Ankorstore’s plans to expand the brand beyond just retail and into other areas, such as delivery (Ankorship), finance (Ankorbank) and physical spaces to rent out to startup businesses (Ankorstart).

To illustrate the breadth of products available on Ankorstore, the design team developed an eclectic aesthetic for the visual identity. By combining 3D digitally modelled objects and real-world retail environments, it aims to blur the lines between the digital and physical experiences of the brand.

Grilli Type’s geometric GT Walsheim is used throughout, and also forms the basis of Ankorstore’s wordmark which features a distinctive leaf-shaped letter ‘r’. This natural form is mirrored in the Ankorstore symbol, which is used as the brand’s social media icon and will act as a unifying element that will work across its planned brand extensions.

The design team developed a library of eight different aperture shapes, which are used as graphic devices throughout the identity and act as markers for different categories on the website. The team also created a library of 3D digital objects across all of the brand’s online and offline communications, which feature an eclectic mix of products. 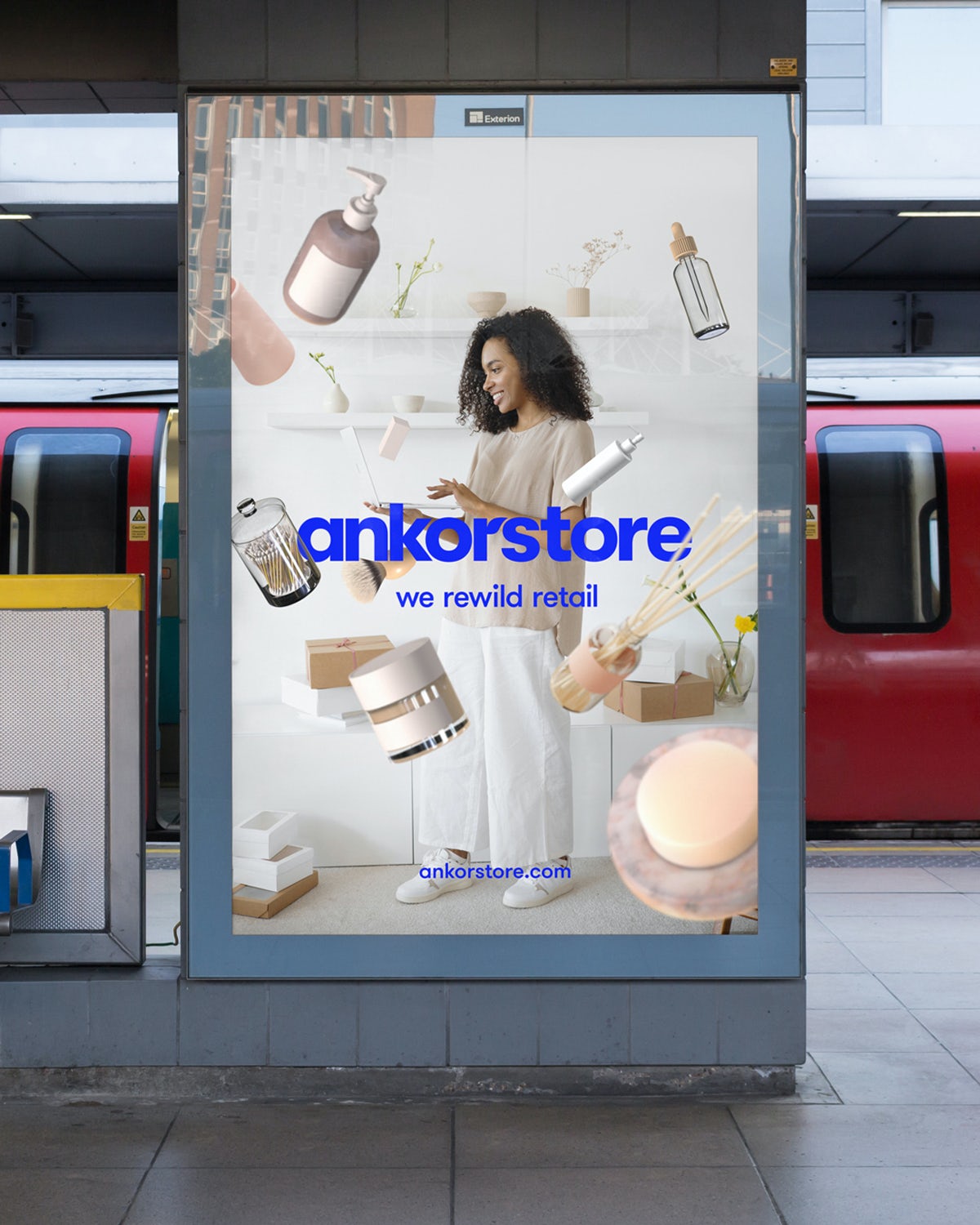 The 3D objects are shown together in clusters within different categories and mixed together. Another key part of the visual identity is ‘augmented retail’, where the 3D objects are placed into real-world environments such as retailer’s shops or brand spaces.

The new visual style features a flexible colour palette of clean brights and pastels, which are used in various different combinations, while product photography is used to reflect each brand’s unique personality. 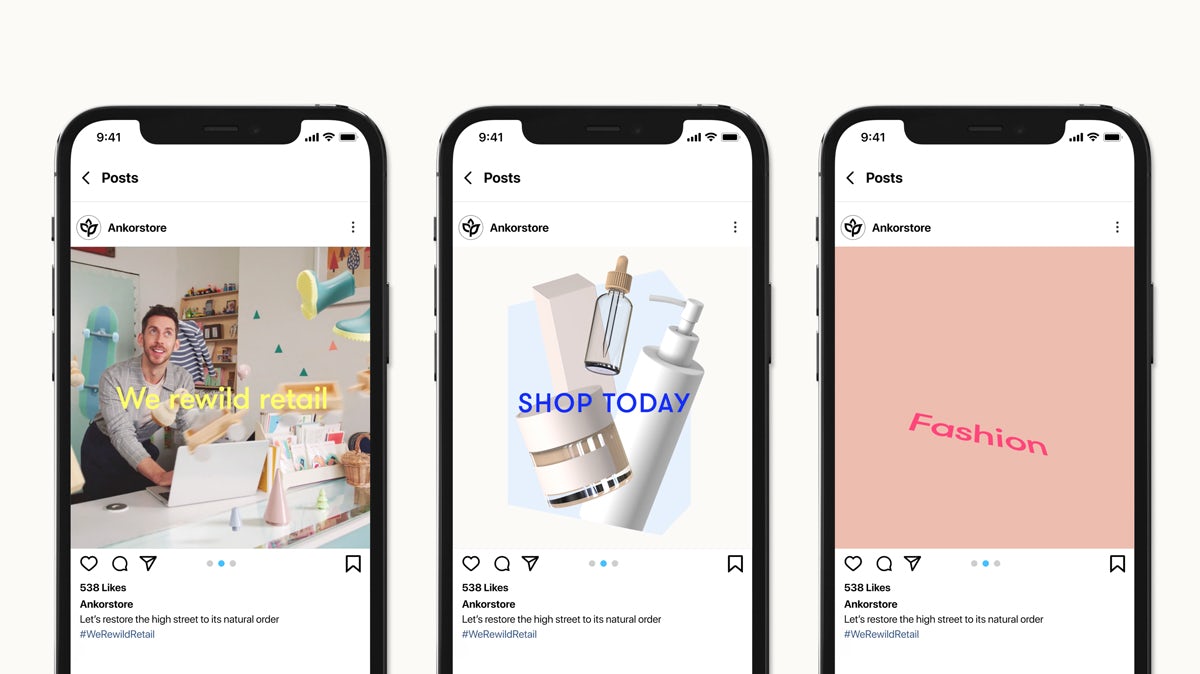