For anyone with even the slightest bit of interest in the world of fashion, Anna dello Russo needs no introduction. In a career spanning 30 years, the Italian journalist and stylist spent 18 of those as fashion editor at Vogue Italia before going on to become editor-at-large of Vogue Japan.

Russo is also known for her audacious, bordering on outrageous, dress sense, which can be seen as an antidote to the minimalist aesthetic sweeping the rest of the catwalks and the high street. In keeping with this, several years ago she decided to drop out of magazine editing in the traditional sense, and embrace the allure of street style and social media (she now boasts 1.4 million Instagram followers). 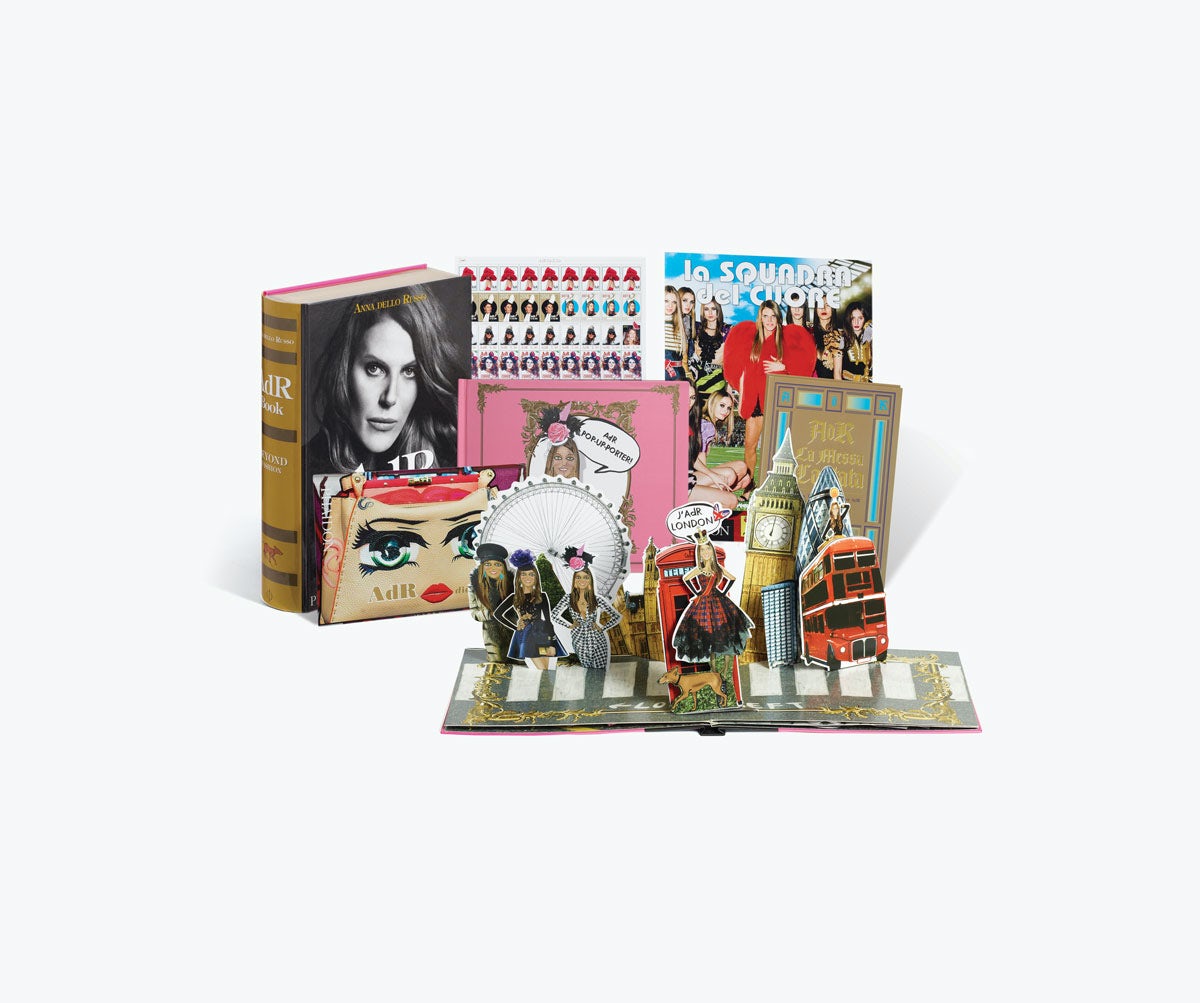 To celebrate the next chapter of her three-decade career, Phaidon has published a book in collaboration with Russo. Or rather, not so much a book as a mishmash of diary entries, sticker sheets, stamps and other ephemera celebrating her career both past and present.

The book’s release has been timed to coincide with Russo auctioning off her entire fashion collection (including a mammoth 4,000 pairs of shoes) and donating the proceeds to fashion students at Central Saint Martins – a bold move for someone so deeply engrained in the industry, and one which she has put down to wanting to “make space for life”.

Designed to be a 3D cabinet of curiosities, says commissioning editor Michele Robecchi, the book is very much a product of Russo’s unique sense of style and creativity. “I remember when I first met her she had loads of ideas about what she wanted it to be like,” he says. “She had this idea of the book looking like a book, but then you open it and it’s just a string of constant surprises. It’s like a ‘wunderkammer’.”

Inside this box of surprises is everything from a Panini World Cup-inspired sticker album featuring outfits from her extensive clothing and shoe collection, through to La Messa Cantanta – a guidebook of holy commandments for navigating the fashion world that is adorned in gold. 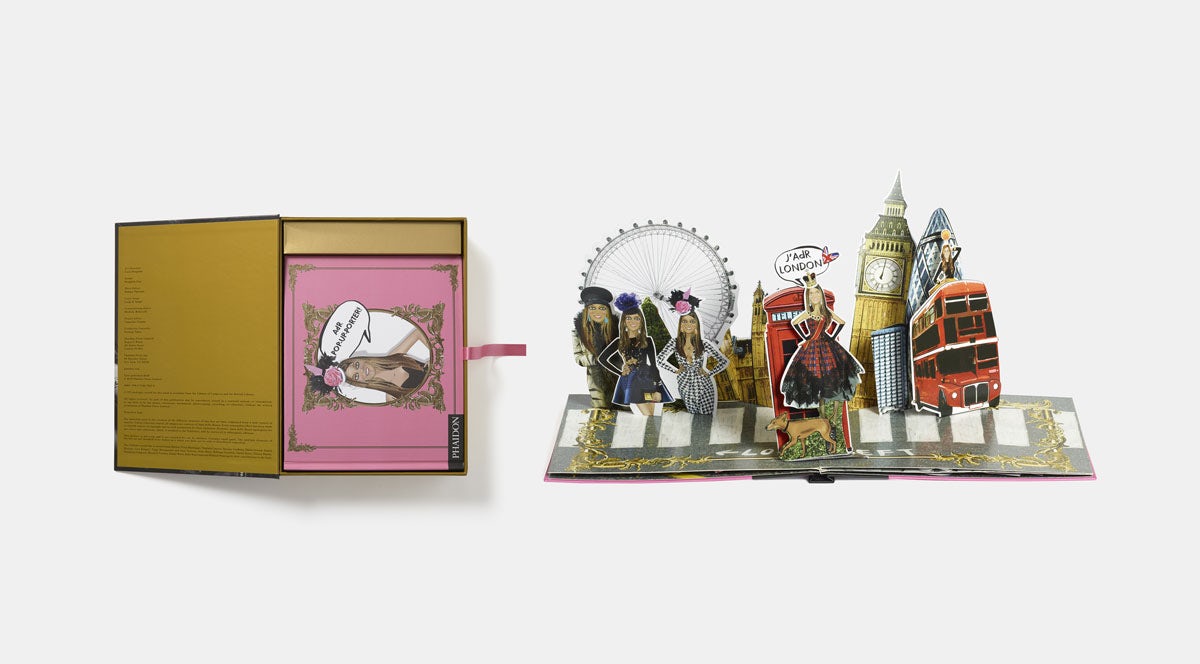 Russo also had help bringing her ideas to life in the form of art direction by Luca Stoppini, a long-time collaborator and Vogue Italia art director since 1991. Stoppini’s role was to tackle the more technically challenging aspects of the book, such as how to create a pop-up book that depicts Russo travelling across the four fashion capitals of the world – New York, London, Paris and Milan.

Unsurprisingly, Russo’s treasure box-style vision was very much a first for Stoppini and the rest of the team at Phaidon. “Conceptually it wasn’t that different, it fits well with our fashion programme,” says Robecchi. “The execution was the big novelty because it’s not really a book, it’s somewhere in between a book and a box full of stories.” 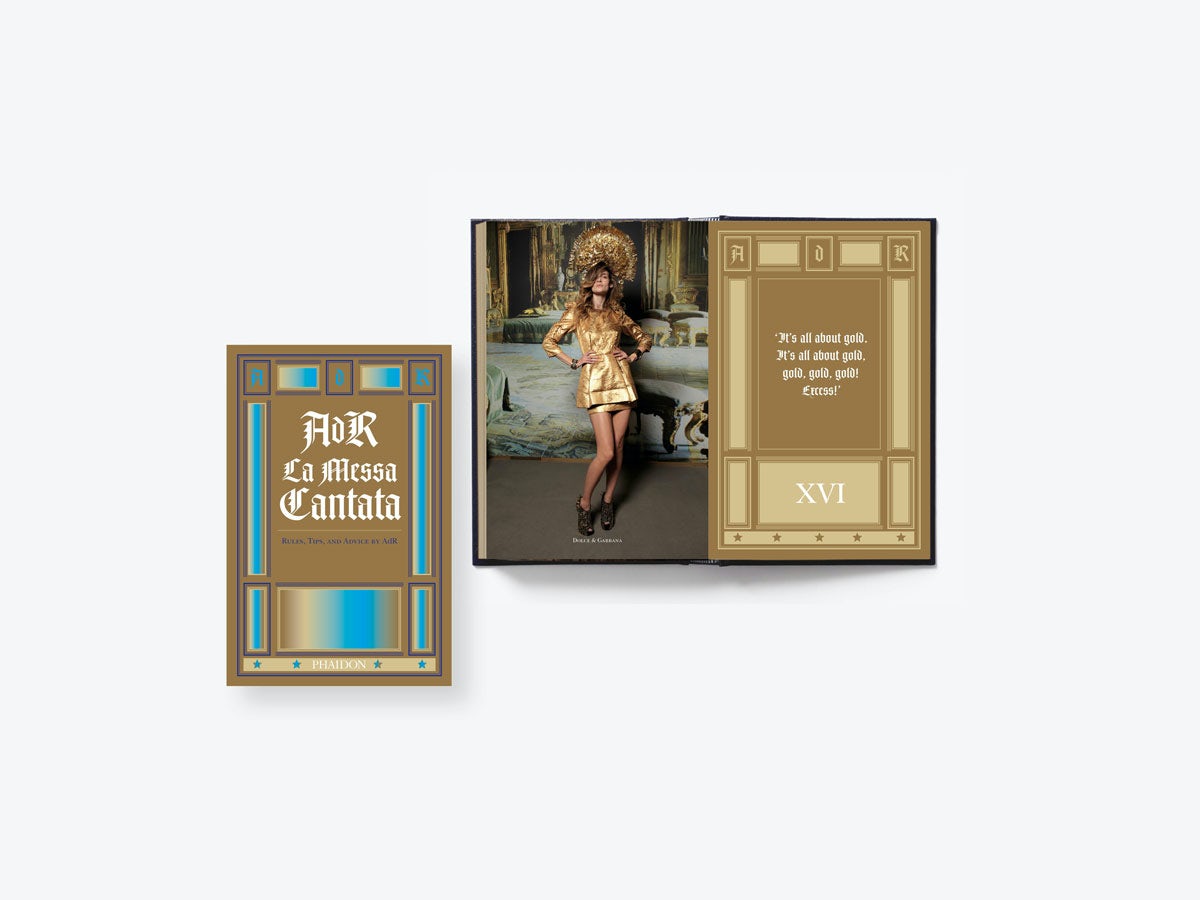 AdR Book: Beyond Fashion is published by Phaidon and costs £150. You can order copies here