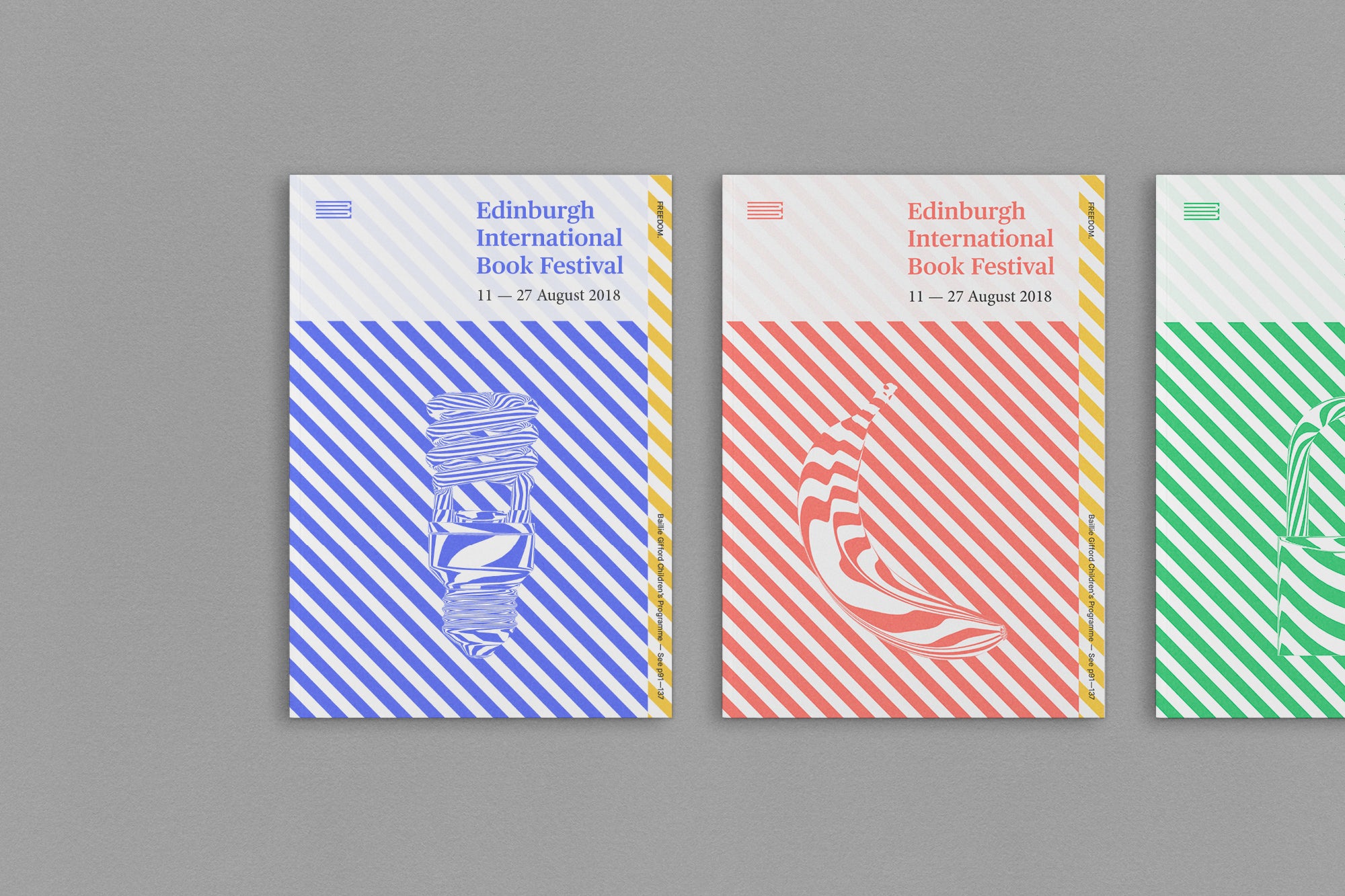 Glasgow studio Tangent Graphic has been working with Edinburgh International Book Festival since 2009. Each year, the studio creates a fresh visual identity for the event inspired by that year’s theme: in 2017, it worked with illustrator Anna Parini to create an identity that captured a sense of uncertainty about the future. In 2016, the studio enlisted Craig & Karl to create psychedelic illustrations inspired by the concept of ‘shared imagination’.

This year’s festival will focus on freedom – a timely topic in an era of Trump, Brexit, increasing threats to immigration and free movement and growing concerns over the power of tech giants and massive corporations. 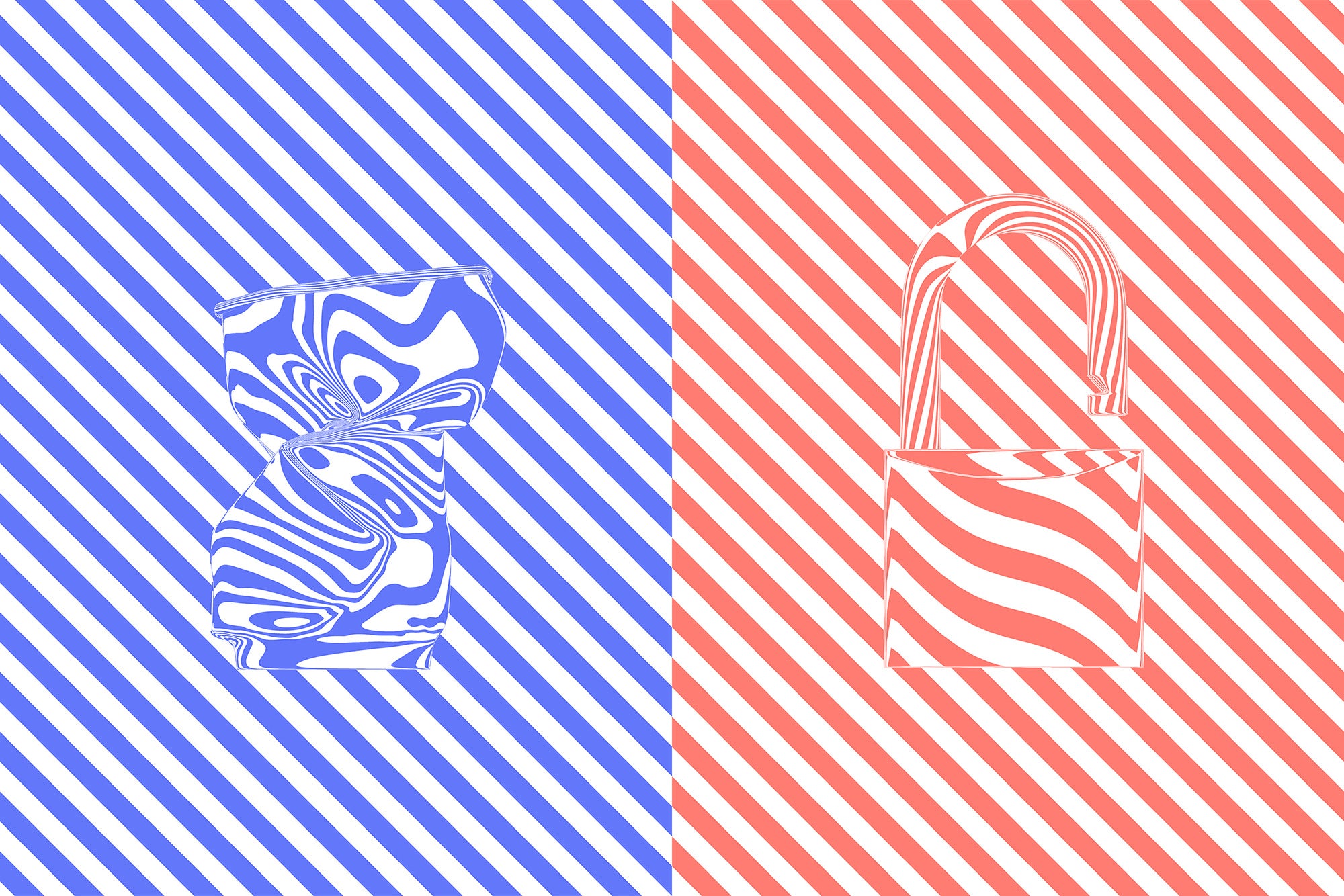 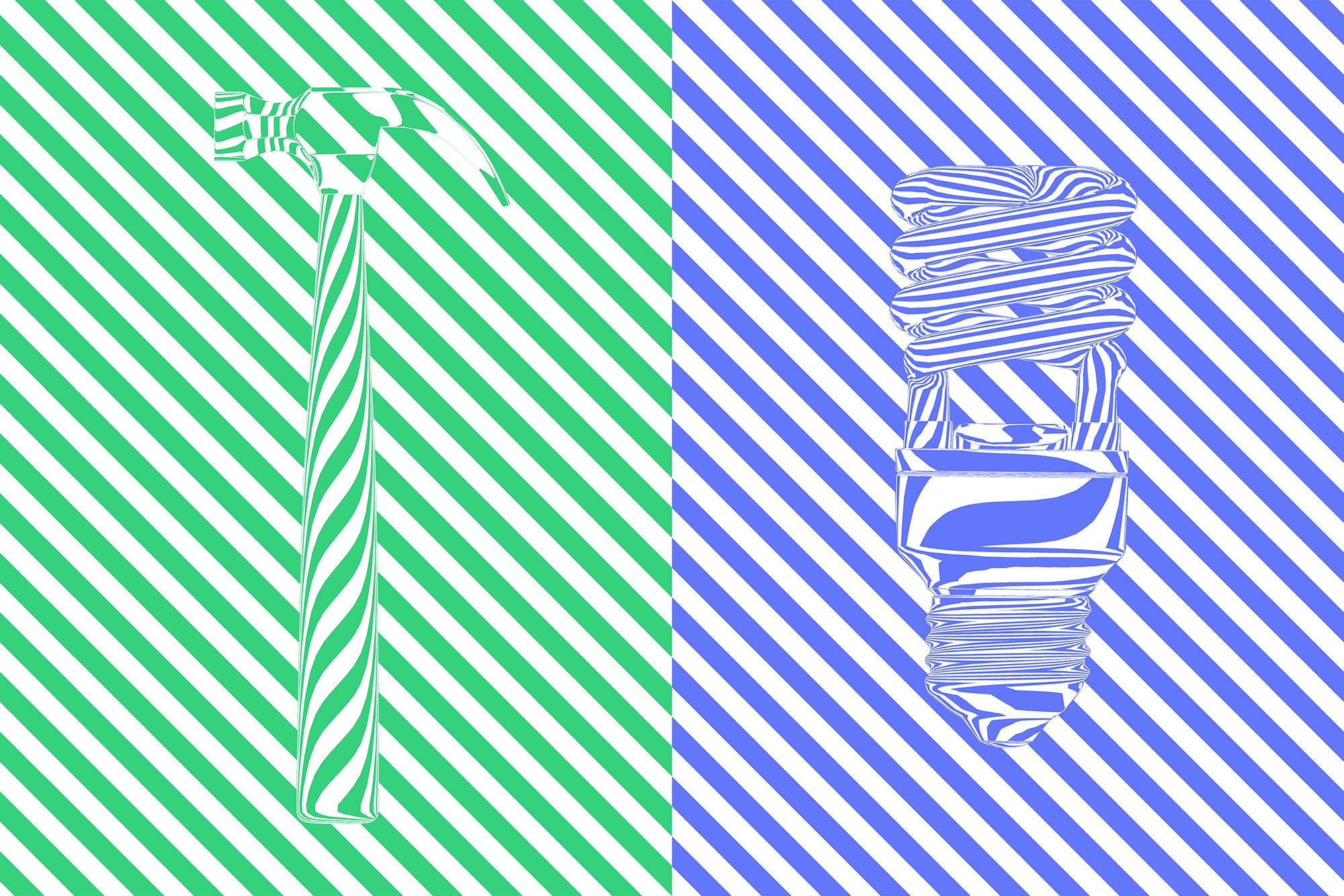 Nick Barley, Director of Edinburgh International Book Festival, says the event will consider “the importance of freedom in a world where democracy and capitalism, long the staples of western society, are being brought in to question.

“Free speech, freedom of movement, freedom of expression and freedom of identity will all be discussed in a diverse and wide-ranging programme of talks, debates, workshops and readings,” says Barley. 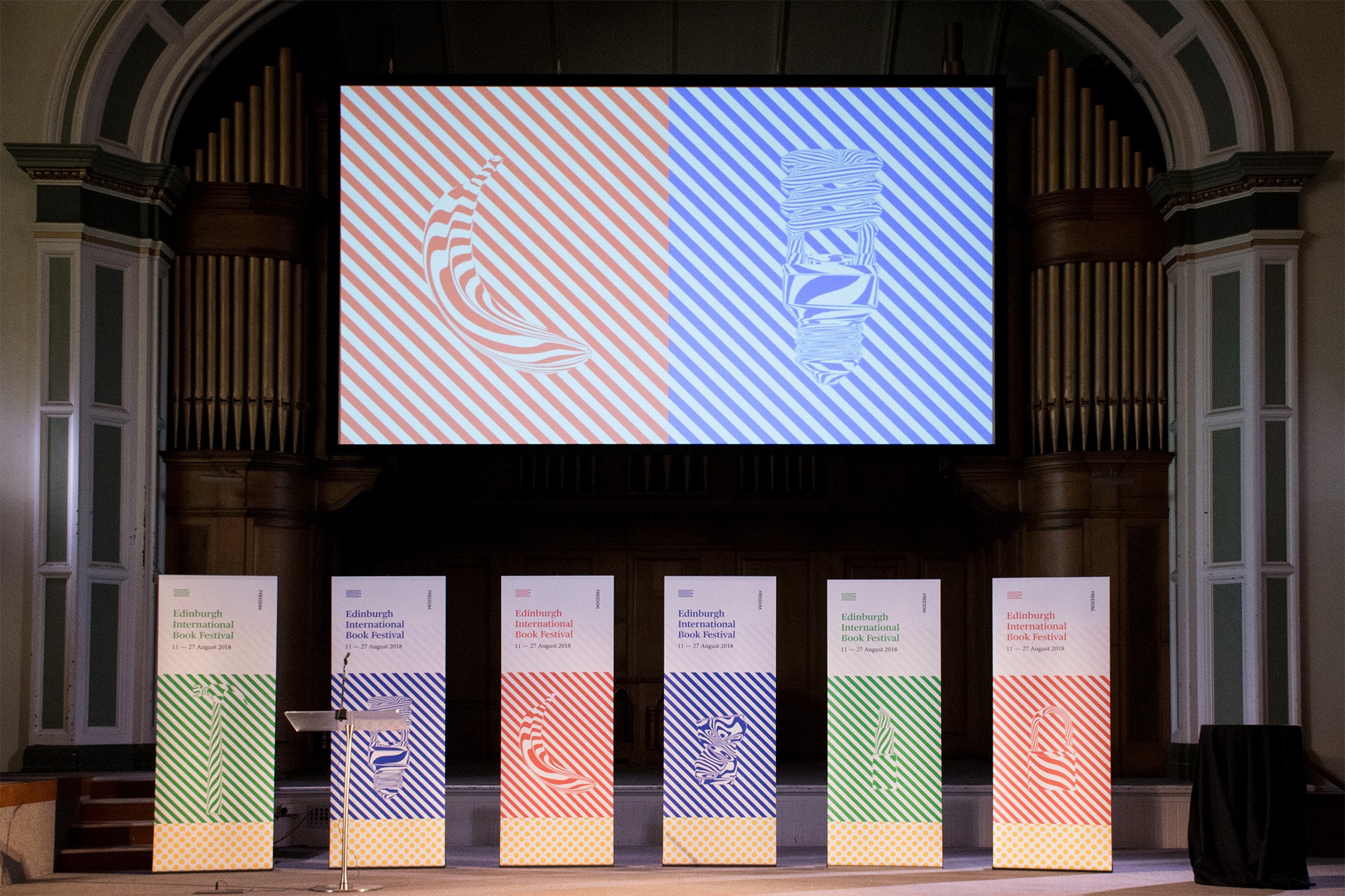 Tangent’s branding for the festival is based around oblique images of everyday objects – including a banana, a light bulb and a hammer. Objects appear on striped backgrounds and are rendered in a glass effect to create a distorted pattern.

Tangent says the images highlight the subjective nature of this year’s theme. Viewers are encouraged to interpret each object and reflect on what it means to them. “The glass objects become a lens through which patterns warp and distort, representing the myriad of perspectives that shape the debate around the concept of freedom,” explains Designer Jack Shaw.

The artwork is featured on the festival programme and website and has also been used to create animations for social media. It’s another fresh approach from Tangent and an interesting visual response to a broad and challenging topic.

“The festival is one of our longest standing clients, but each edition is as a completely new challenge as the starting point is always the director’s annual vision for the programme,” says Tangent Creative Director and co-owner David Whyte. “We have created an overall brand framework for the festival, but we often commission illustrators or animators we feel will help us reflect the annual theme, so each year’s look and feel is always markedly different in tone and style.”