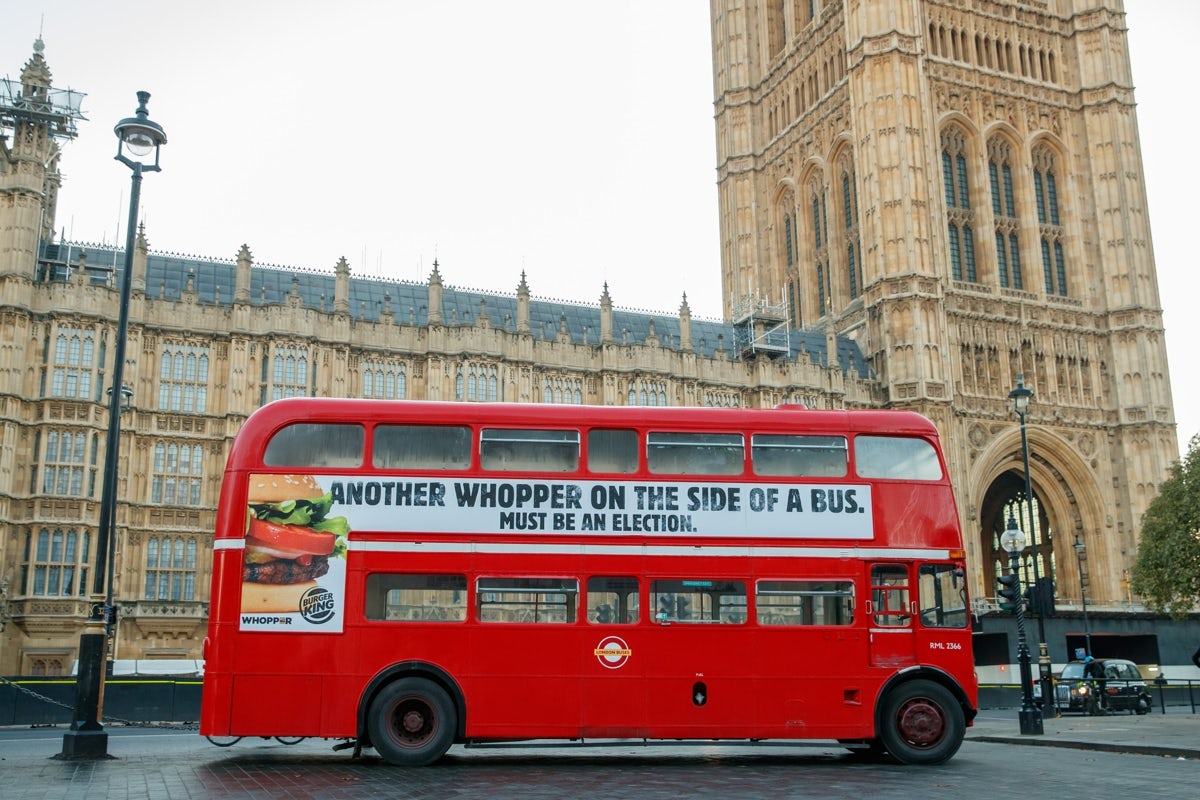 BBH London is behind the messaging, which appeared on the side of a London bus today. Photography shows it sailing past the Palace of Westminster, where politicians are undoubtedly preparing for the outcome of the upcoming General Election. 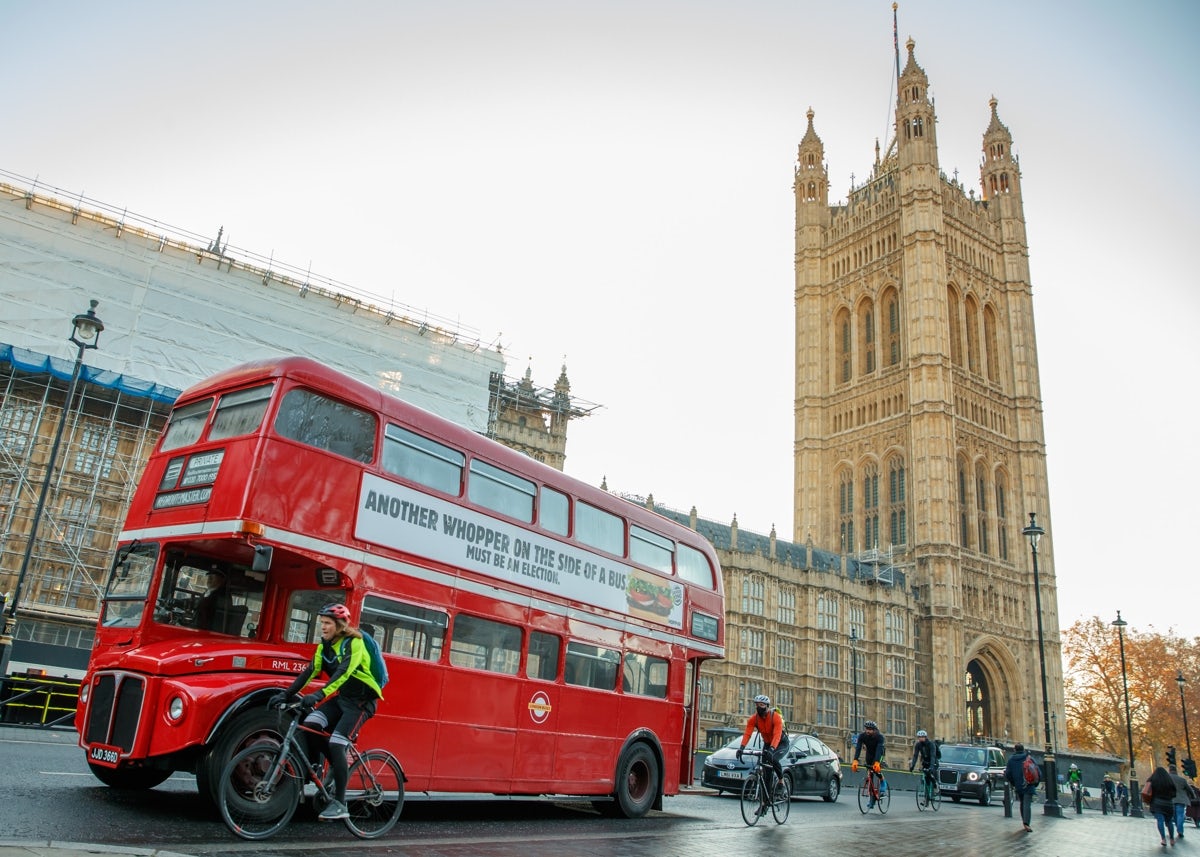 It’s a bold move for Burger King. The brand’s decision to join the political discussion could have easily gone awry, but it’s a clever piece of work – knowing yet playful, and pleasantly uncomplicated. It’s also notable for offering a hint of where Burger King’s loyalties might lie when it comes to the Brexit debate – an arena most companies have avoided stepping into.