Graphic artist, print-maker and designer Anthony Burrill has launched an online archive that reveals the graphic ephemera that inspires his process and works, and makes them available for anyone to download.

Burrill first created an archive site back in 2016, which he explains was lost due to an unfortunate internet glitch. The onset of lockdown gave him the time and motivation to reimagine it, with the new site drawing together examples of inspiring pieces of print, graphic design, typography and other ephemera. 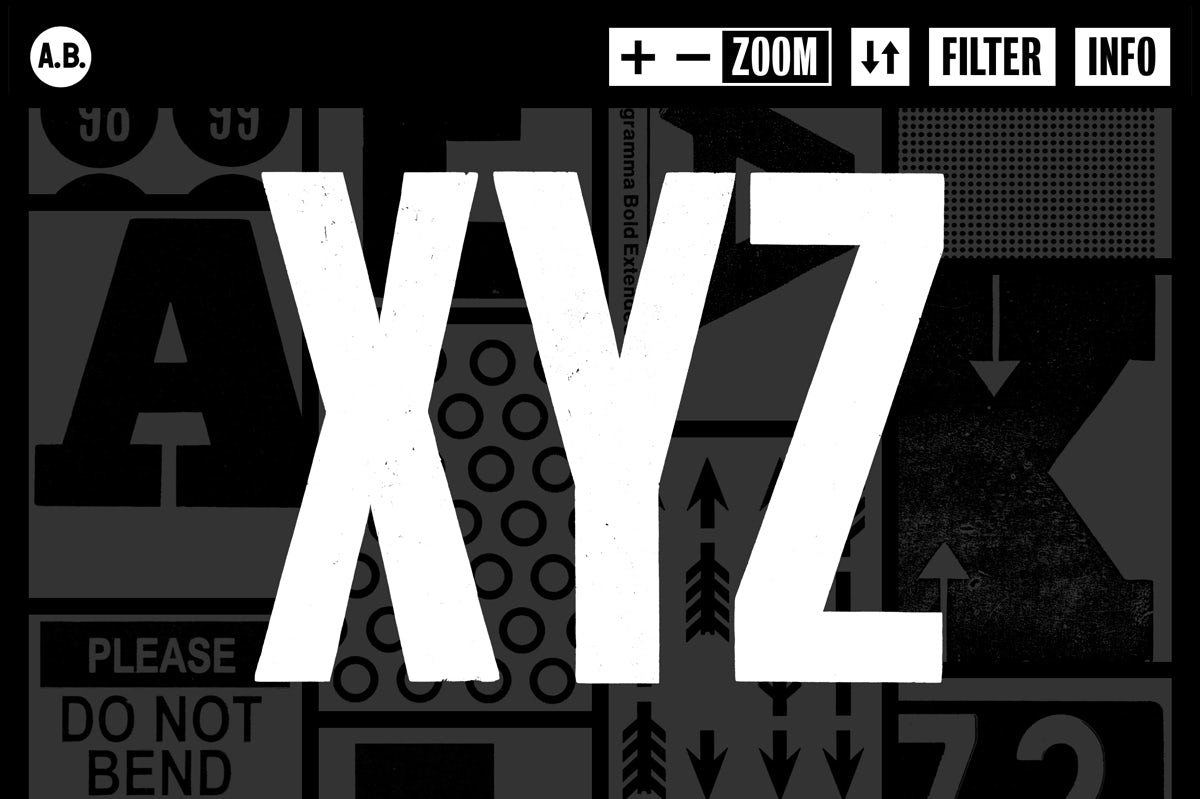 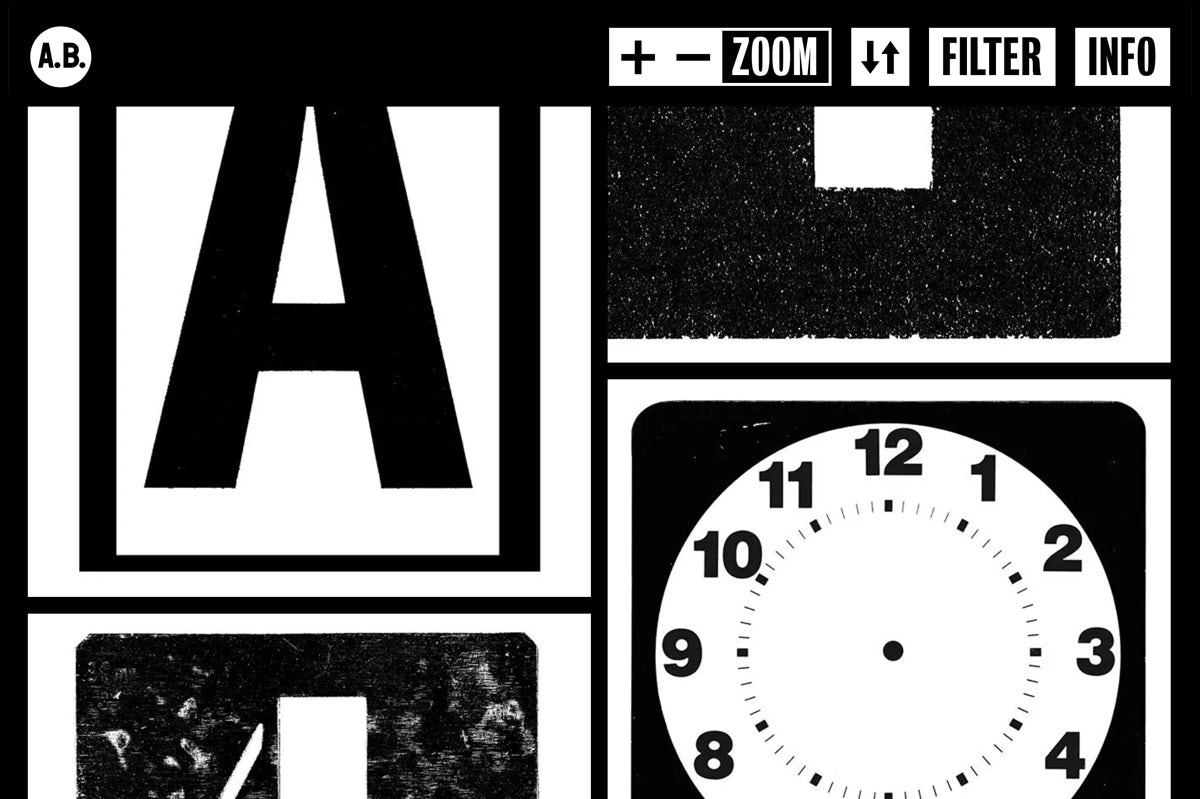 All of the pieces have been selected by Burrill from his physical archive and sketchbooks, which he has kept throughout his career. “Sticking things in sketchbooks is something I’ve always done: when I was a student the main thing I focused on was making beautiful sketchbooks — finding the most esoteric and strange things to amuse and intrigue my fellow students and lecturers,” he says.

The archive comprises 500 pieces, which can be filtered by a number of categories. The pieces range from an illustration in an advertisement for transferring Cinefilm to VHS tape, to more personal ephemera such as a train ticket from Leeds to London from when the designer was starting his Royal College of Art course. 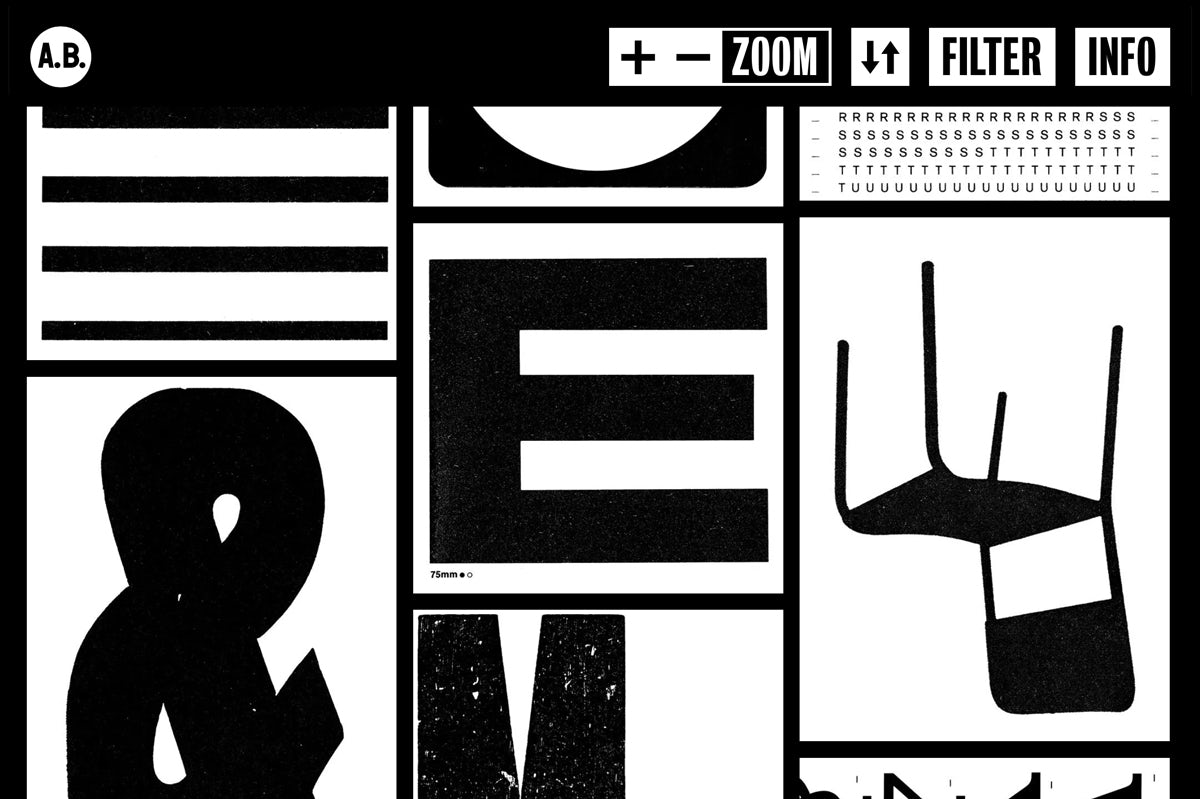 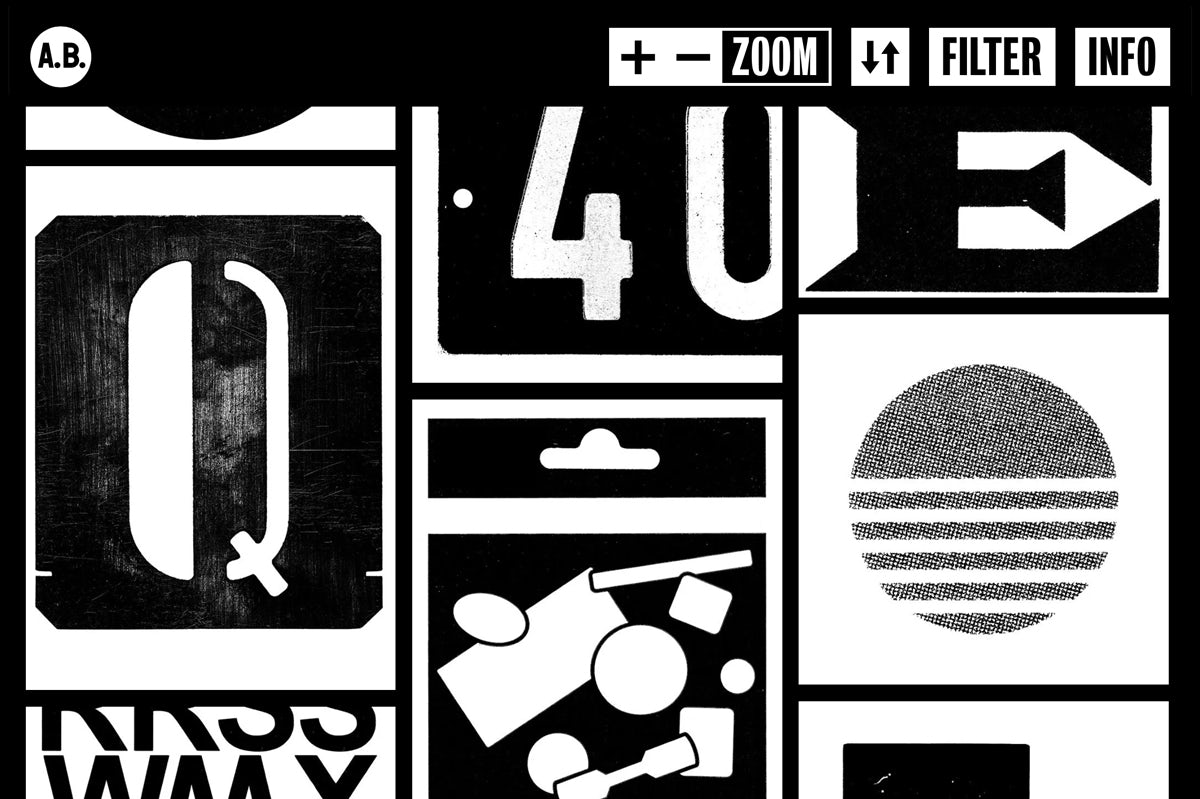 Each piece has been modified by Burrill to appear in black and white, referencing and reflecting the designer’s style of using bold, impactful forms and lettering, which he has become so well known for over the years.

When it came to the site itself, he worked closely with designer Richard Nicholls and designer/developer Neal Fletcher to design and build it. The pieces are laid out on the site with no organisational hierarchy and a deliberate absence of explanatory text, allowing the designs to speak for themselves. 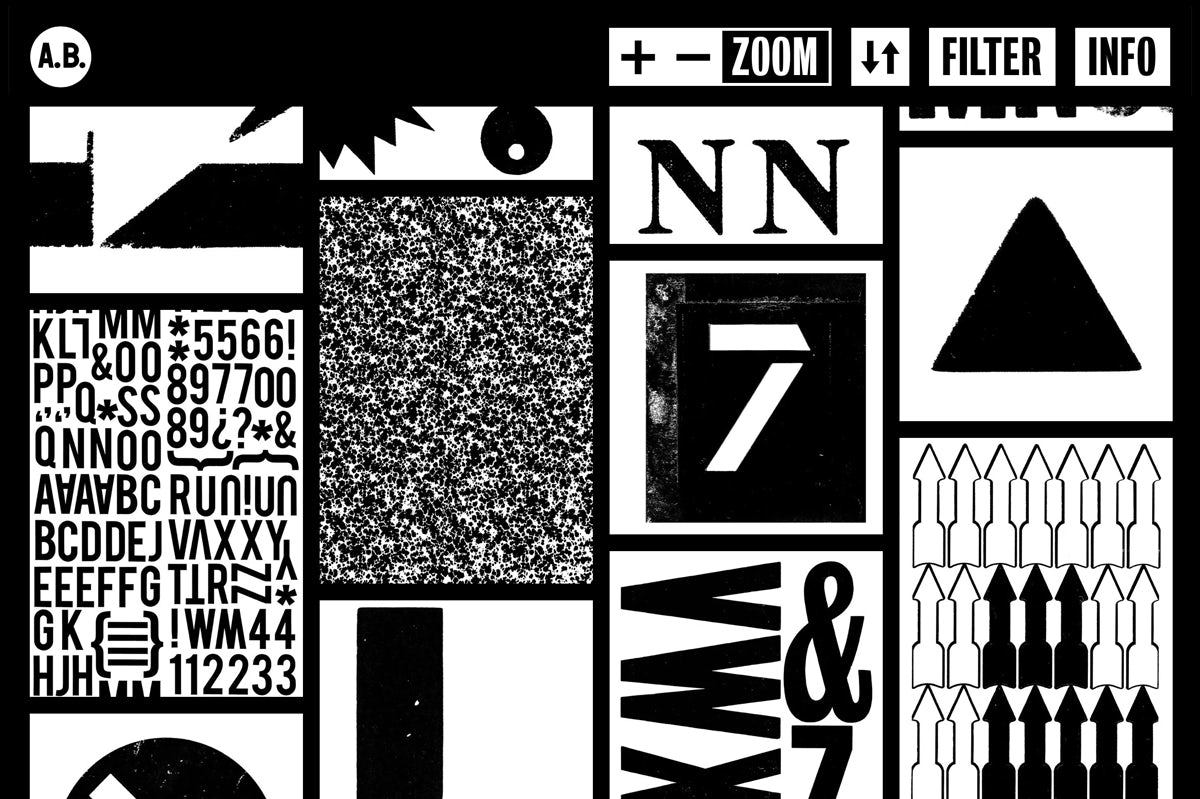 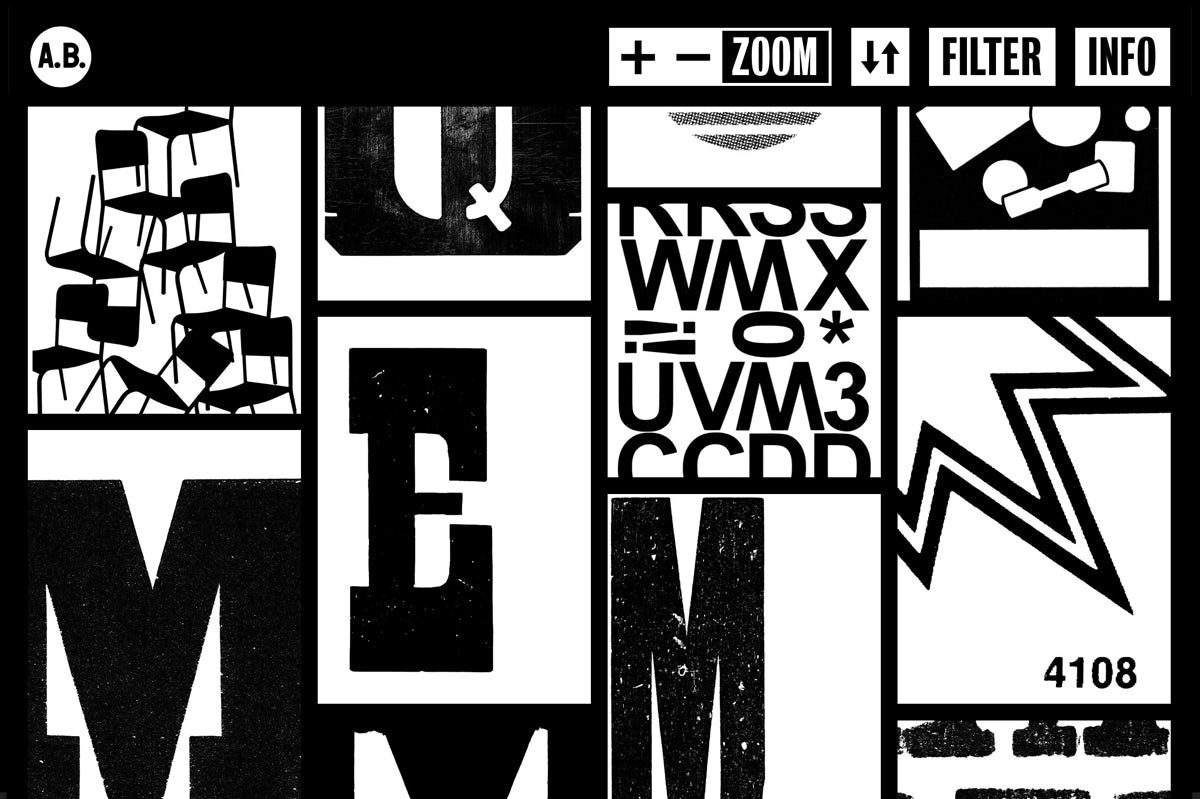 “Very strong, graphic, bold letters are something that I’ve always been drawn to,” says Burrill. “With things like the letterpress samples, there’s a real power and visual punch to the letterforms — the way it really occupies the space and the balance between positive and negative space.”