According to the campaign, around 15,000 people are being kept in slave-like conditions in Australia today, often used as domestic workers, cheap labour in sexual exploitation or trapped in forced marriages. The problem is the issue often goes unnoticed by the wider population, with only one in five victims detected and many people unaware of how serious the problem is. 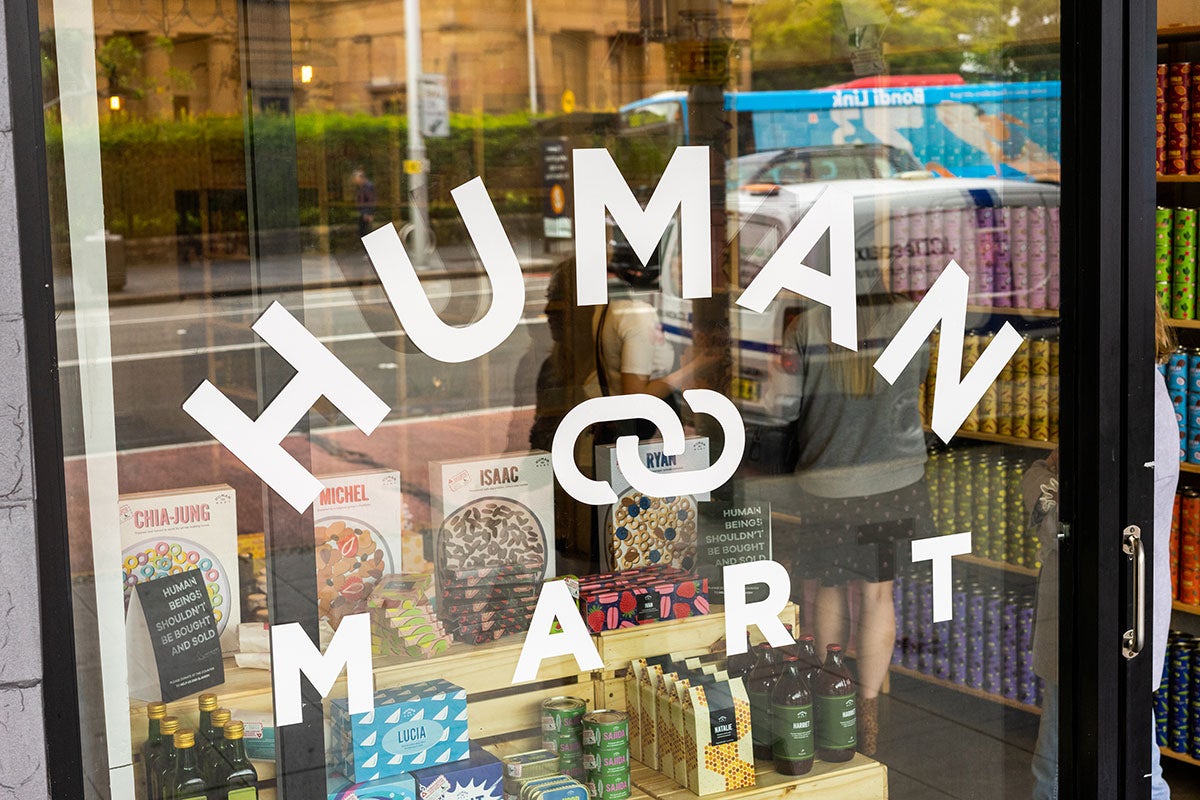 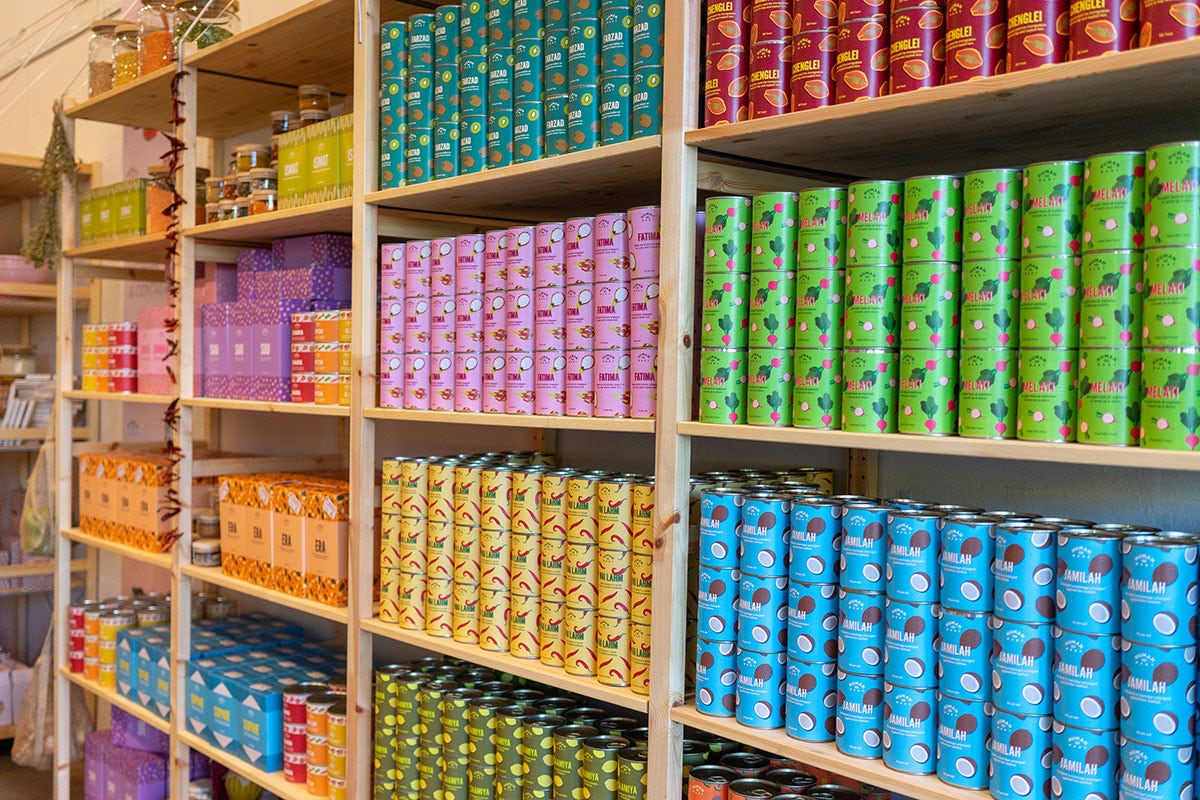 To raise awareness, Human Mart, which has opened in Sydney, stocks a range of over 70 products that each represent a victim of modern slavery in Australia. Every item is labelled with a person’s name who has been a victim of slavery, and written on the back of the packaging, instead of an ingredients list, is their story. The campaign has also been designed to raise funds for ASA so every product ‘purchased’ equates to a donation.

ASA are advocates of the anti-slavery movement in Australia and are the only specialist legal practice, research and policy centre committed to the abolition of modern slavery in the country. Cocogun developed the idea of Human Mart to support their efforts and worked with the Glue Society to help bring the vision to life, working together on the product design, staff uniforms, the visual branding of the store and even the music. 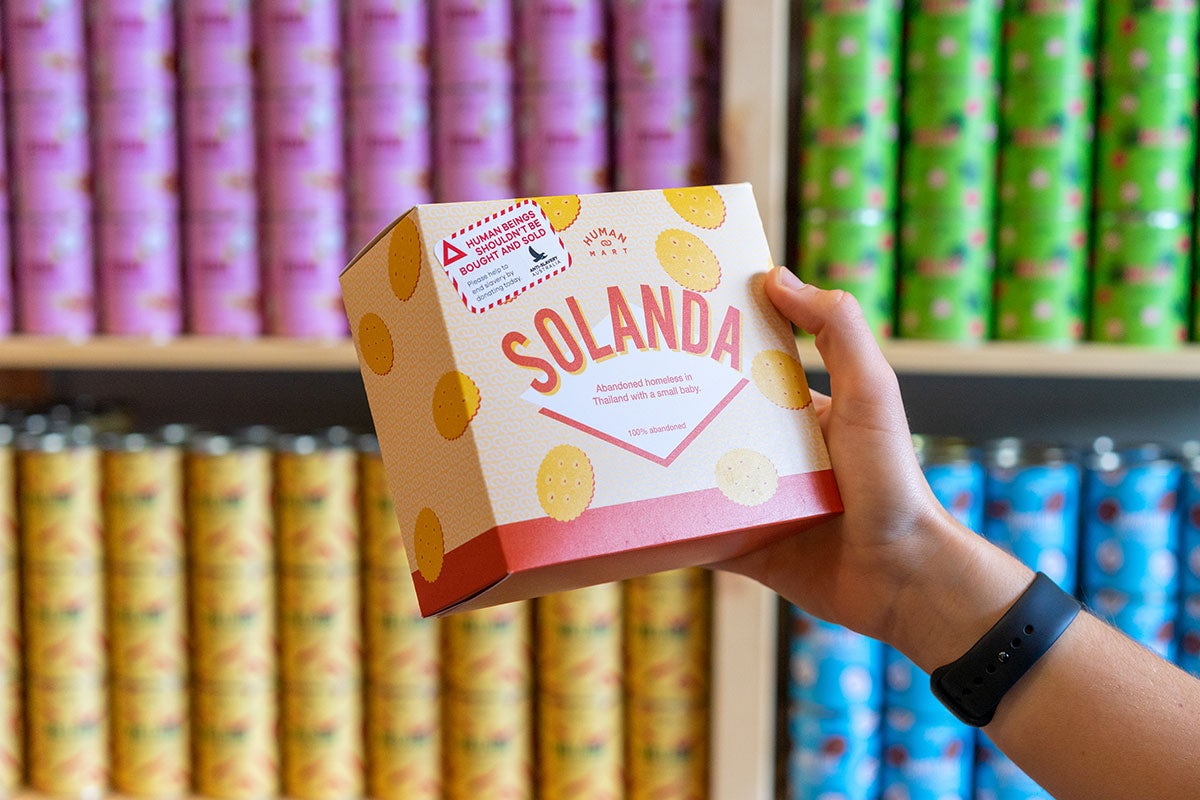 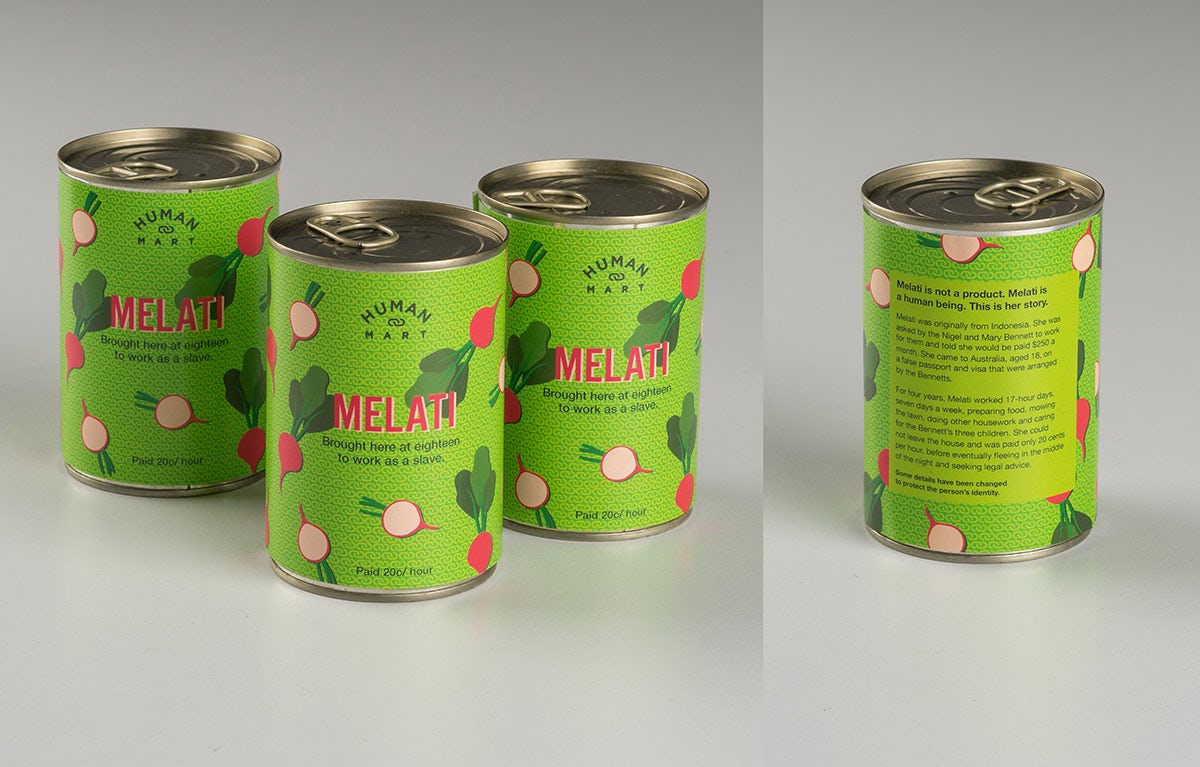 The project has been 18 months in the making, with the pandemic delaying the original launch date. “To be able to bring it back this year has been extremely rewarding,” says Alice Cogin, director at the Glue Society. “For most Australians, we are unaware of the prevalence of modern slavery in our country. It’s easy to think that these types of things don’t happen here, but they do. It was important to us that this initiative honour the individual stories of survivors and demonstrate the need for more awareness and ultimately more action.”

Human Mart is open to the public until March 25, with all funds raised being donated to Anti-Slavery Australia in support of victims and survivors of slavery. 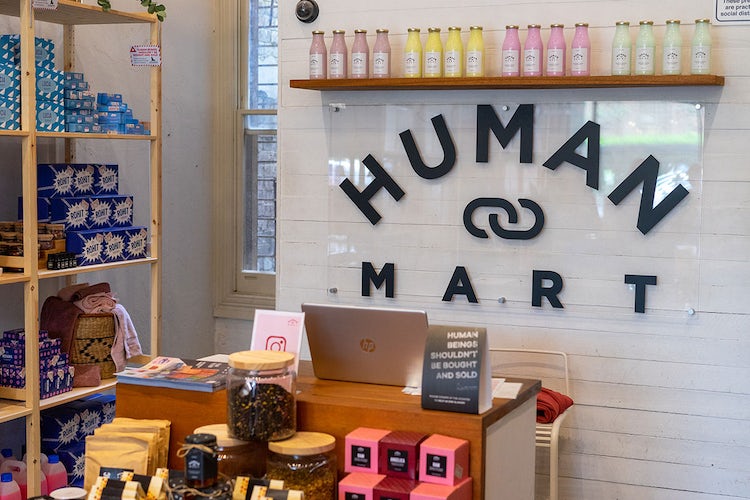