Penguin Modern Classics has published three books by the Italian novelist and translator Antonio Tabucchi, who died in 2012: Requiem: A Hallucination; Pereira Maintains: A Testimony; and Little Misunderstandings of No Importance and Other Stories.

Tabucchi is best known for his 1994 novel Pereira Maintains, which Philip Pullman described as “the most impressive novel I’ve read for years … truly necessary”. He was renowned for his interest in politics, a theme that came through both in his writing and in his activism – he fought fiercely for writers’ freedom of expression, and was one of the founding members of the International Parliament of Writers, with Salman Rushdie as president.

His writing is deeply linked to Portugal, and in particular the master Portuguese poet, Fernando Pessoa, who inspired much of his writing. His work evokes the heat and sensory experiences of Lisbon, so when it came to choosing artworks for the new series, it was natural to look to Portuguese art for ideas.

“Tabucchi was Italian but he loved Portugal, and Fernando Pessoa,” says Frances Roper, picture researcher at Penguin Press. “At university, he wrote his thesis on surrealism in Portugal. He then went on to translate many of Pessoa’s works into Italian (with the help of his Portuguese wife). Later, he became the professor of Portuguese literature at the University of Siena. And in Lisbon he was also director of the Italian Cultural Institute. Pereira Maintains and Requiem are both set in Lisbon. For the purpose of this book series I really wanted to use a Portuguese artist. In fact, Requiem was originally written in Portuguese, not Italian. 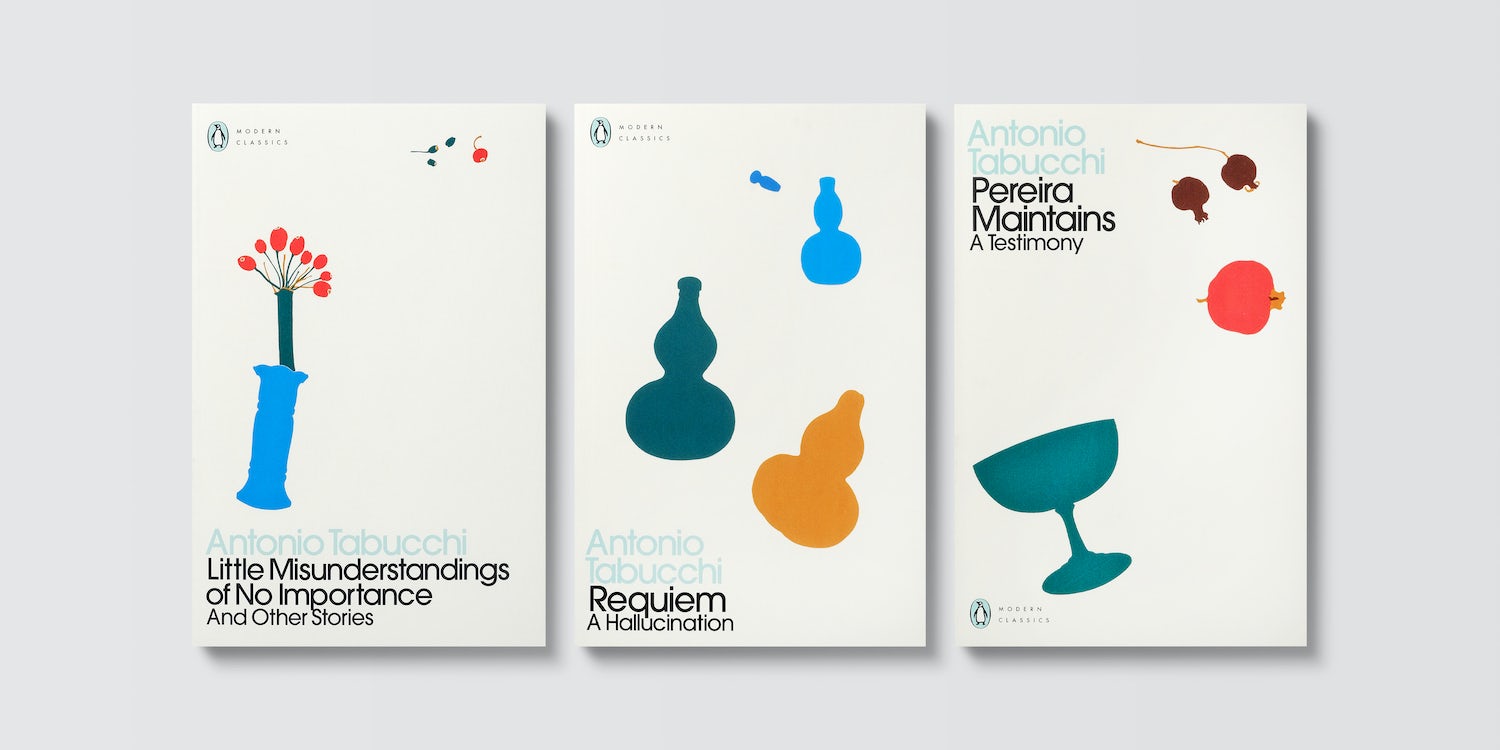 “I knew that I wanted to use the same artist on all three books, and somehow inject a general sense of dreamlike ambiguity,” Roper continues. “I came across so many amazing Portuguese artists in the process. I discovered these works by Nikias Spakinakis within the collection at the Calouste Gulbenkian Museum, Lisbon.”

Skapinakis has clear links to Lisbon, with his work on show around the city, in the Metro system and in Café a Brasileira in the Chiado district. “This café features in Antonio Tabucchi’s books, mainly in Requiem,” says Roper. “It is the café where Fernando Pessoa used to write, and spend a lot of time, and where other artists, writers, free-thinkers would use as a meeting point. The walls of the café became a prominent place for local artists to be exhibited. In 1971 it was renovated with the ‘new epoch’ of painters to adorn its walls. Nikias Skapinakis was one of those artists, who made a panel for one of the interior walls.

“Using Spakinakis on these covers makes for a very fresh and unexpected look,” continues Roper. “There is movement and freedom to the layouts, with all the objects at angles, as if strewn across a table, or thrown through the air. Food and drink is ever present in the books, whether it is Pereira eating omelettes, drinking lemonade, and trying to keep himself from having another glass of port, to a whole glossary of recipes at the end of Requiem. But above all, the three books work well together, as a triptych. It creates a very distinctive style for Antonio Tabucchi, alongside the trusted Modern Classics livery.” 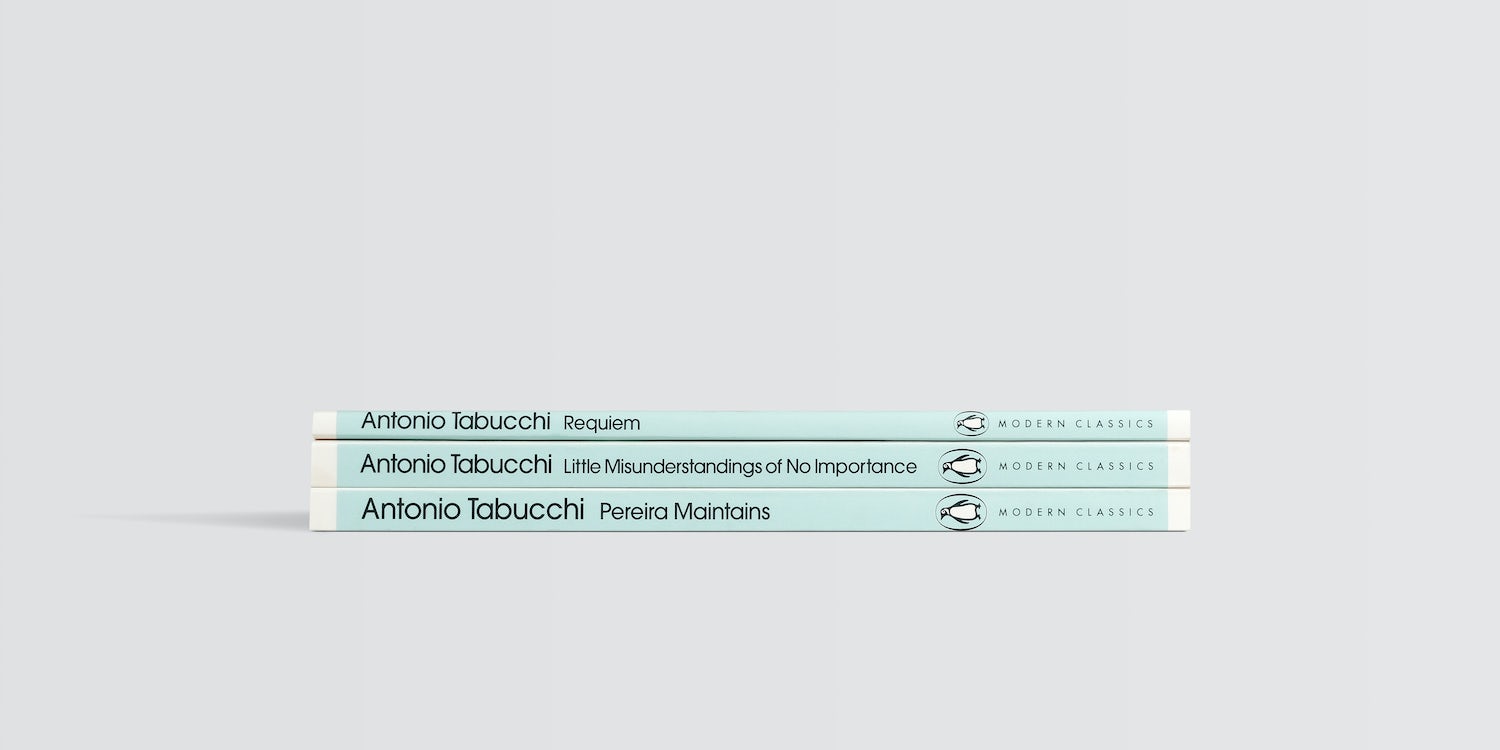