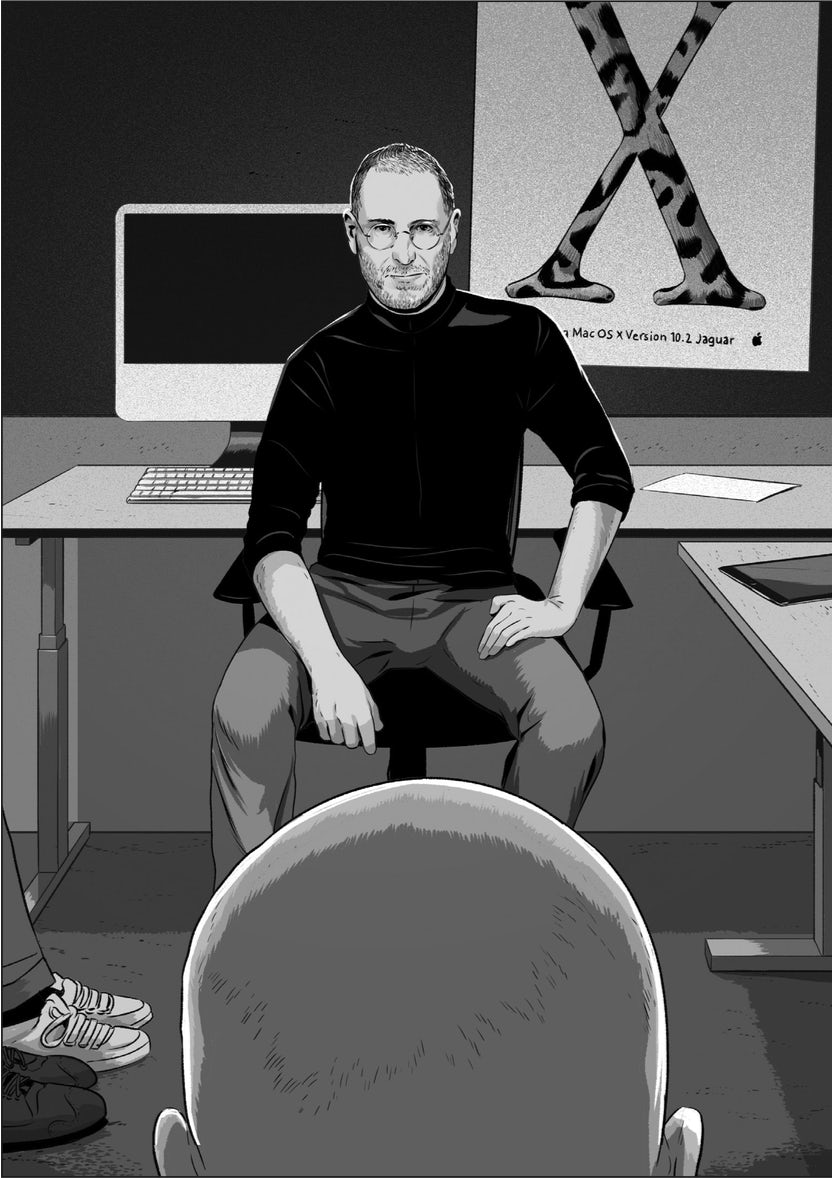 His eyes met mine. Over the years, many people have commented on Steve’s special ability to tell you something, whatever it was, no matter how implausible, and make you believe it. This reality distortion field, the RDF, has become legendary. Yet, in the moment Steve fixed his eyes on me, I felt an opposite force, the RDF with the polarity reversed. Like flipping on a light switch, Steve had turned on a no-nonsense zone around himself, one that banished all flummery and neutralised all pretense. His look wasn’t obviously unfriendly or threatening, but surely he knew his unblinking gaze could intimidate people in my position, and it certainly had that effect on me. I saw his look as a signal that he wasn’t going to let me pull the wool over his eyes. He was now ready to see my demo.

Scott stood up and crossed behind Steve’s chair. “OK, let’s look at this demo. Steve, this is Ken. He worked on the iPhone keyboard. He has some tablet keyboard designs to show you.” Scott introduced me as if it were the first time I had ever met Steve, even though I had demoed for him just a couple weeks earlier. If Steve had fond feelings for my previous work or recognised me from that previous demo, he didn’t show a flicker of either. Scott reached out to the prototype iPad without picking it up from the table, he clicked the home button, and when the screen woke up, he slid his finger to unlock it.