Shot in Prague, the new film contrasts the grey skies and urban backdrop of the city streets with the bright colours of the runners, who charge over walls and down steps and generally provide the ‘colour flood’ of the ad’s title. The spot is set to a soundtrack of Come Along by Cosmo Sheldrake.

Sanders is of course known for his movie directing, which includes Snow White and the Huntsman and the film adaptation of Ghost in the Shell starring Scarlett Johansson, but is also renowned for his long advertising directing career too, which includes spots for Nike, Halo and Guinness, plus many more. 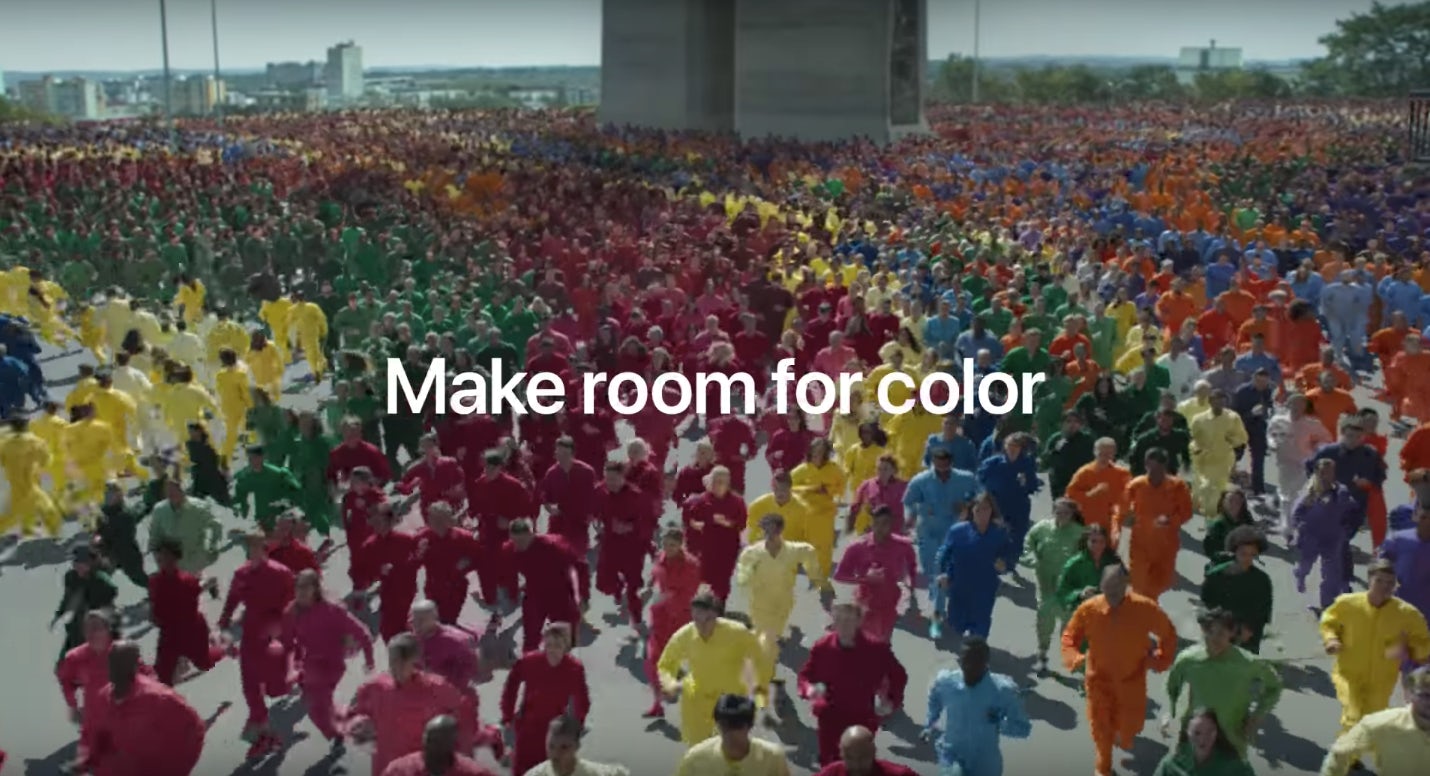 The spot inevitably draws comparisons with Sony’s classic Balls and Paint ads, which despite being over a decade old, still manage to own the colour space in ads. Even the taglines seems similar, with Apple’s ‘make room for colour’ appearing to be just a remix of Sony’s ‘colour like no other’.

The similarity between the ads’ approach emphasises that the thing that’s changed the most over the past decade or so is the products themselves – with our phones often doubling as a TV screen today, it now seems appropriate that Apple is trying to own an aspect of technology that would once have been the domain of a large screen telly.