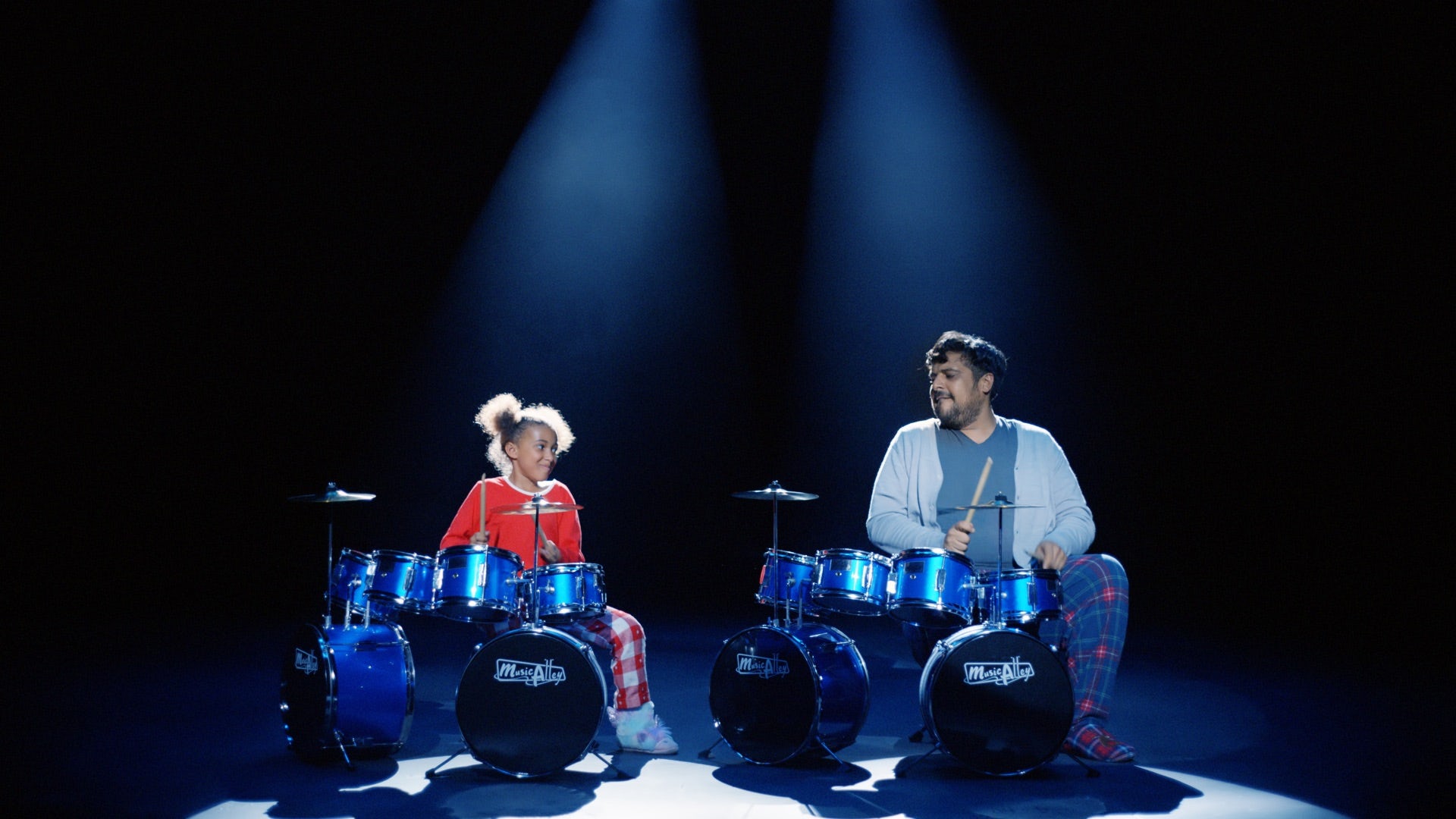 The Argos catalogue is synonymous with Christmas, when British children make a wish-list by circling all their desired gifts in the magazine. For many adults, it’s a tradition that dates back to their own childhoods. Last Christmas, Argos renamed its catalogue The Book of Dreams and created a film set to 80s Simple Minds hit, Don’t You Forget About Me.

In the ad, a father’s boyhood dreams come flooding back when he sees that his daughter has circled a drumkit in the Argos catalogue. The scene transforms and we see both dad (played by Omar Abidi) and daughter (played by nine-year-old drumming supremo Nandi Bushell) playing drums as their kitchen morphs into a stage set.