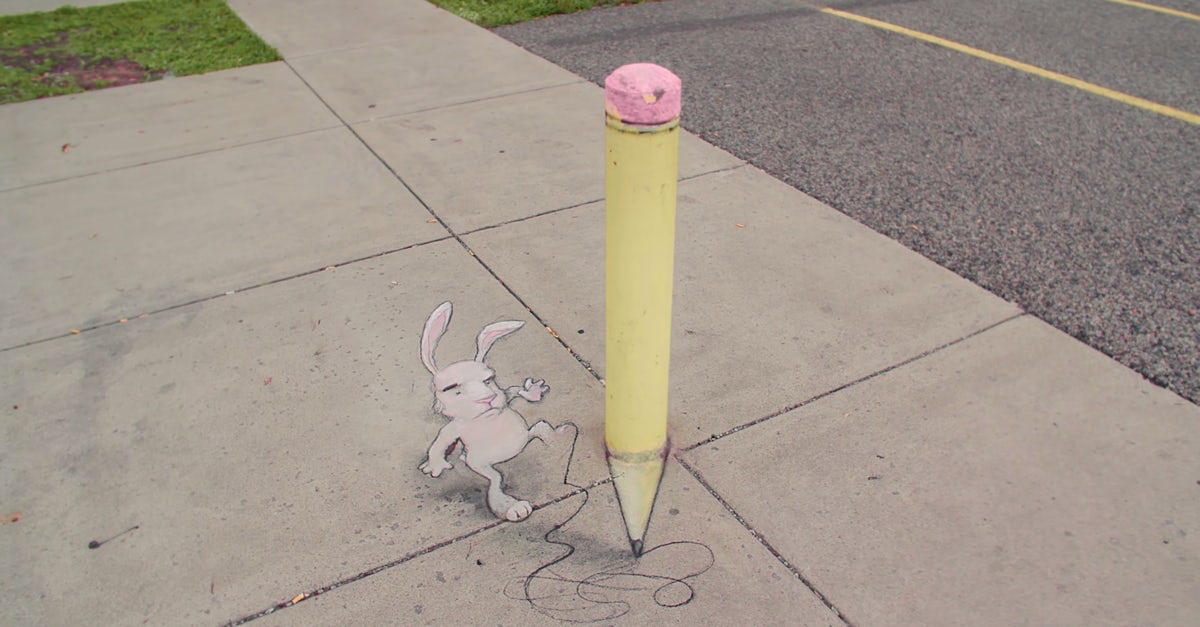 Around the Block is a rallying cry to creatives everywhere, but particularly those that find themselves paralysed by the presence of a blank page. It follows David Zinn as he uses cracks in the concrete or unusual features of the immediate environment as starting points to create chalk characters.

In the voiceover to the film, he muses on the “four-sided prison” that is the empty page, and offers encouraging words for setting ideas free without worrying about waiting for them to be perfect.

“Every drawing falls short of what it was in your imagination when you started it,” he says. “In a thousand ways that disappointment is what makes you want to draw something else. So you could sit there and sweat and strain – ‘oh maybe I should wait until I have the best idea’.

“Out on the sidewalk in the middle of the day, you don’t have time to wait for the best idea, because if you wait it will get dark, or it will start to rain,” he continues. “And you’ll go home and you’ll have created nothing. If you’re going to draw anything today you better start, because it will be dark eventually and it’ll be too late.”

Director Jonnie Lewis says he didn’t set out to make a film specifically about creative block or the importance of following ideas, but that it became an analogy for the process more generally. Zinn might be talking about his own artistic practice, but it’s easy to see how his advice applies for any other creative work as well. 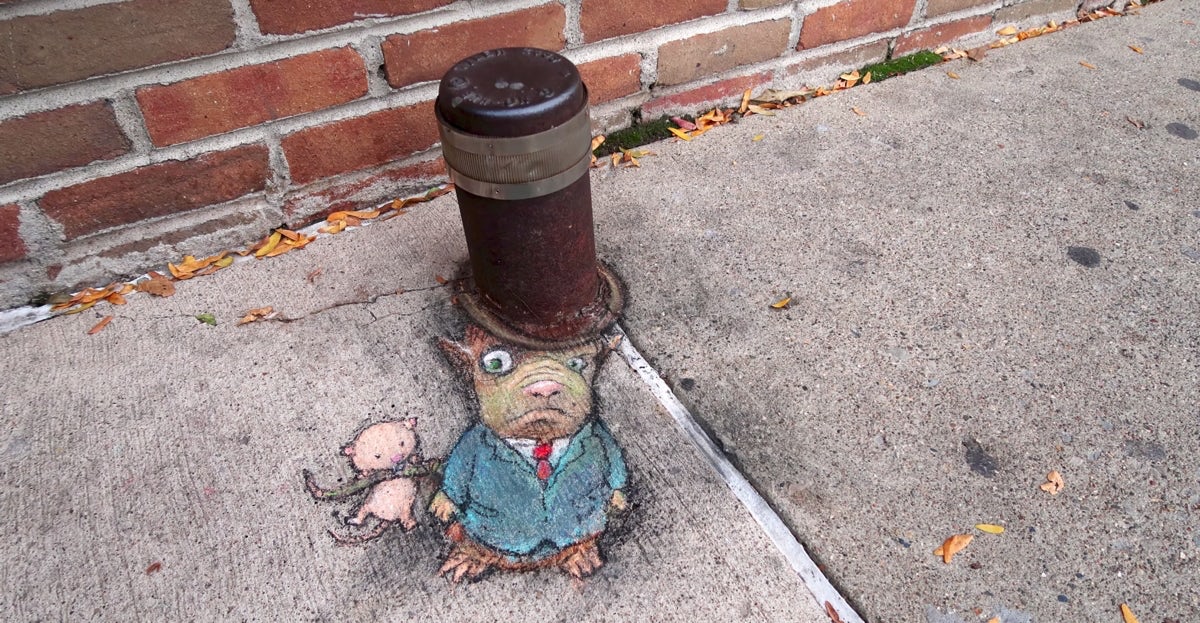 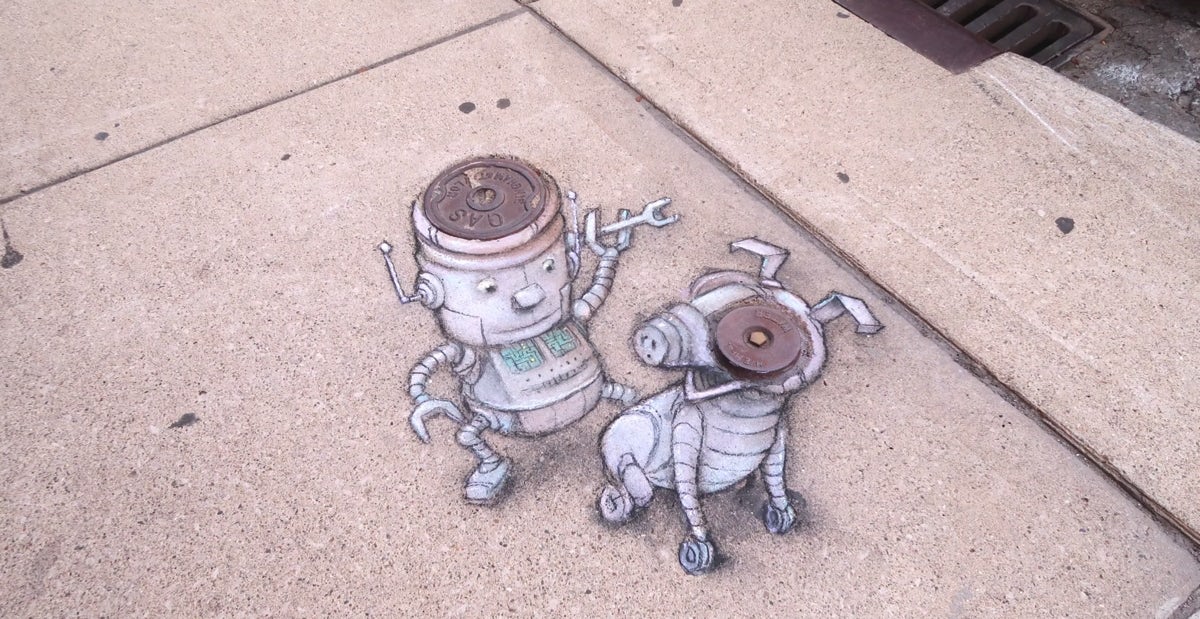 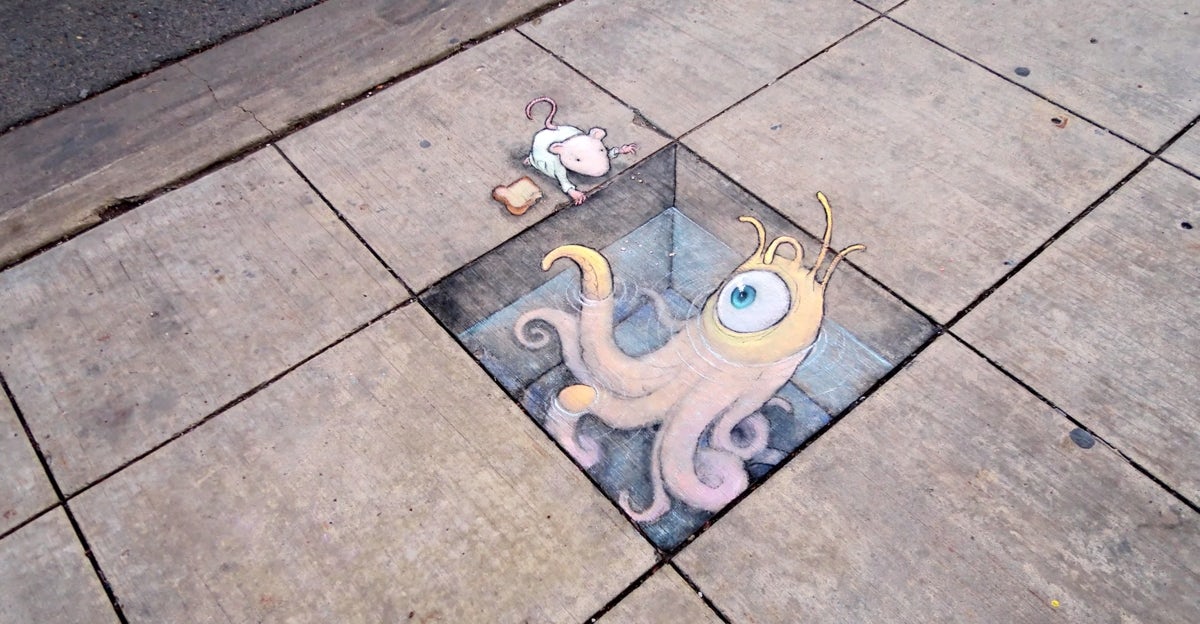 And while advice on being creative and having ideas can often be frustratingly vague and unhelpful, Zinn’s philosophy of just getting out there and doing it is refreshingly galvanising. As Lewis points out: “Much like David finds inspiration in the cracks, streaks and specks on the pavement, I personally find that getting out and finding shots with a camera in my hand is far more fluid and inspiring than sitting at home and trying to come up with ideas.”