The cover artwork for Jon Hopkins’ new album features an epic sky at sunset, with a constellation of stars lit up at its centre. There is evidence of humans – in the form of a group of buildings to the bottom right of the scene – but their presence appears tiny in the face of the scale and majesty of the night sky.

It is a scene that came directly from Hopkins himself, and is fictional: it was created by Stephen McNally, an artist at Blink Industries, by collaging together scenes from a number of different images. “I just knew that it had to be this miniature-looking human settlement dwarfed by an endless, beautiful sky full of stars,” says Hopkins. “But this isn’t a place. I sat with Stephen and he was able to bring out of my head this image of this place that isn’t real – he got a tundra from one place, a forest from another and the stars from several other places and it became something entirely new.… I kind of love the fact that it isn’t a real place, I love the fact that it just came from my head and his head.”

The image is a reflection of the themes that Hopkins is exploring on Singularity. “It’s about that sense of perspective really,” he explains. “One of the aims of the album is to try and transmit this feeling of wonder, of awe. It’s about how tiny most of the things we worry about are and how insignificant everything is compared to the universe. It’s to try and show people that picture, even just briefly.”

The album cover is one aspect of a fruitful partnership between Hopkins and Blink for Singularity, which has also resulted in three videos so far: Emerald Rush, directed by Elliott Dear and Robert Hunter, Luminous Beings directed by McNally and Everything Connected by Alex Grigg.

The work on this album is a continuation of an ongoing collaboration with the production company, which stretches back over a number of years, and has included album artwork and videos, including the hugely popular video for Open Eye Signal in 2013, which features a teenager skateboarding through various landscapes in America, and was directed by Aoife McArdle through Blink’s music video arm, Colonel Blimp.

“This project has been the best so far,” says Blink Industries executive producer James Stevenson Bretton. “Jon has such a strong idea of what his music represents visually and is super-collaborative with our directors. He’s also very trusting too so we get to really push what we do while he keeps us on track and on point.”

Whereas Hopkins may have had a clear image for Singularity’s artwork, more often his ideas for the videos will be much looser. “I often have a starting point in my head, he says, “and I would always have a colour scheme and that’s generally as far as it goes because I don’t really think of stories that often. For Emerald Rush I knew there was a forest for some reason and I knew there was going to be this weird teenager that wakes up there not really knowing why he’s there. And I had that kind of amazing purple-green colour scheme in my head.” 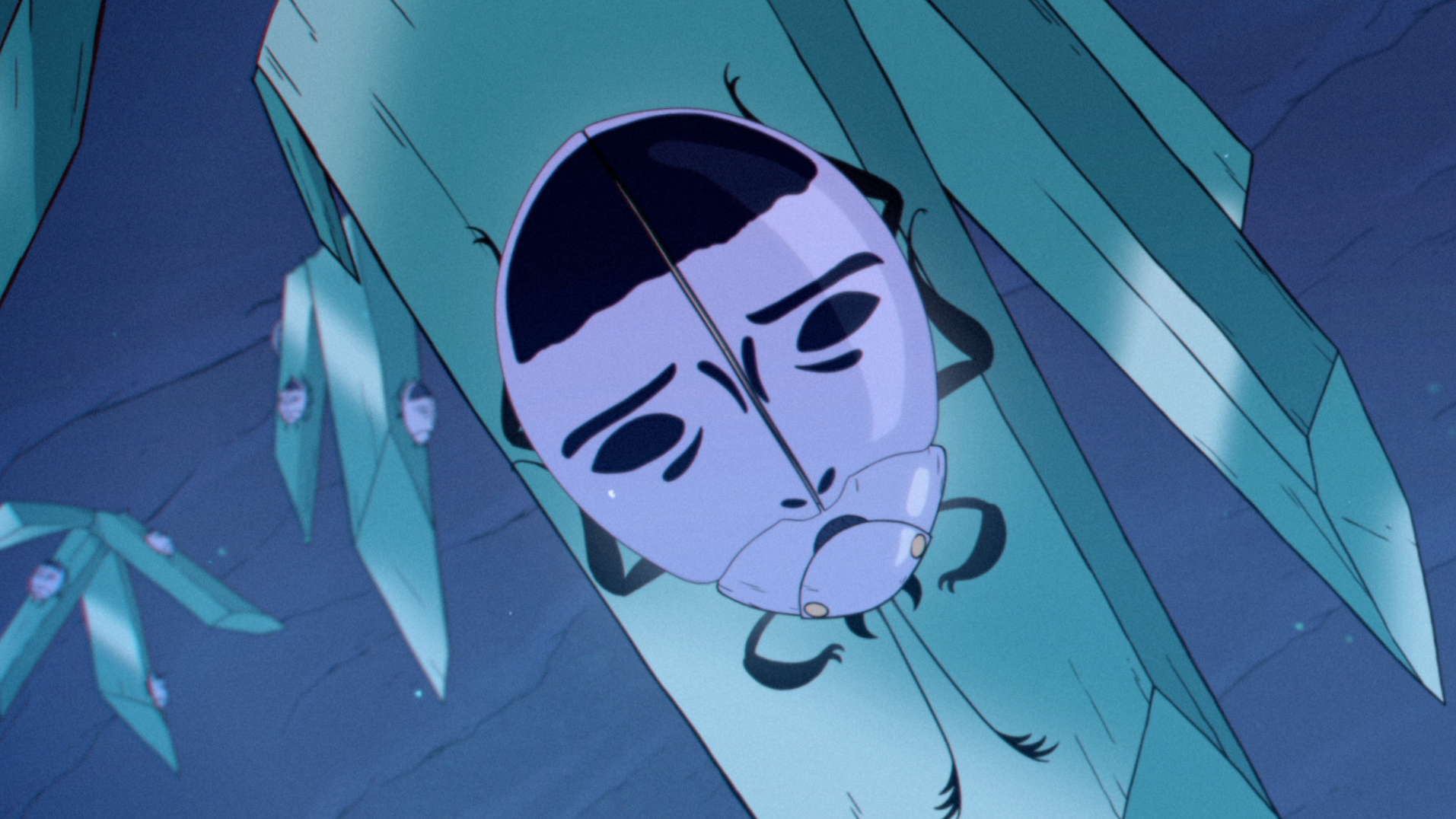 He stays closely involved throughout the video-making process, and is particularly focused on how the music and the visuals intertwine. “They would send the work-in-progress through about once a week and I would write up a page of points and ideas and things that I would like to see. Very often it’s about timing and making sure there’s a real, very tight synchronicity with the music. You can see that a lot in Emerald Rush. So I’ll be very annoying about that sort of thing – they seem like such tiny points when they’re written down but with the cumulative effect of weeks of those kinds of things, you end up with a very unified music and image fit.”

“Jon’s very conscientious and considered,” says McNally, “so it was great to discuss ideas, find little bits of serendipity and let them breathe and fine tune the balance of the elements. For the album trailer (shown on Jon Hopkins’ Facebook page), I took the album artwork as the jumping off point, getting to explore the space we had created. Adding the dimension of time allowed us to explore the relationship between the landscape and the star-scape, the changing tone and feel of the scene as we sped through the day. A large part of it was just in responding to how the music makes you feel, responding to a sense of calm and clarity, or something more stochastic or frenetic, and finding a visual analogue or companion for it…. There wasn’t a traditional narrative, as it was more about following the thread of ideas through a series of forms and shapes.” 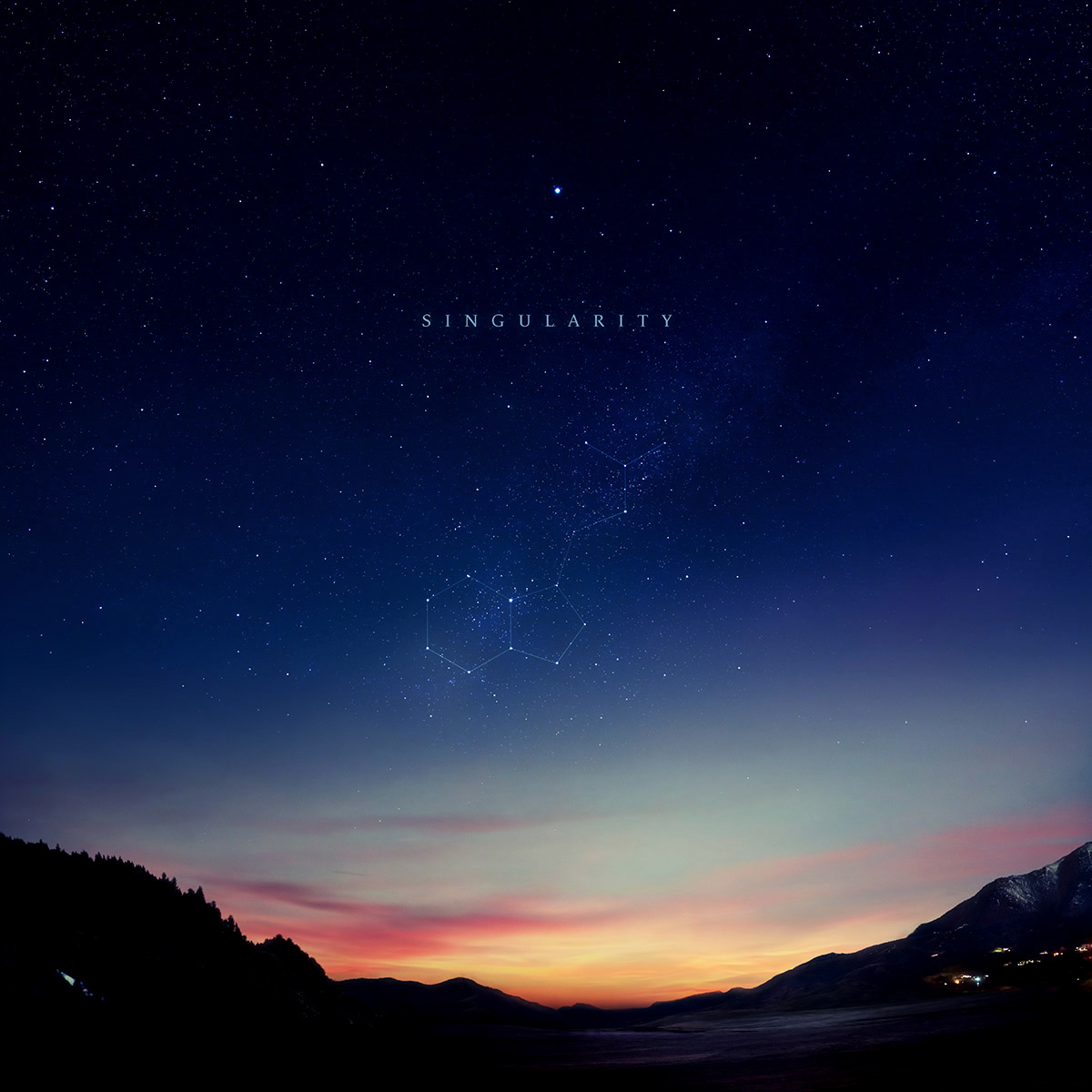 Hopkins regularly takes his videos into his live performances too, where he will reshape them for the new setting and also create new visuals for when he performs older tracks. “I’ve started writing briefs for the directors,” he says of the concert visuals. “There’s a track on Immunity called Collider which I’ve been working on a new live version of. I didn’t want to use the video as it was, I had this idea in my head about these industrial bulbs that went off completely in time with the riff. I’m currently commissioning, again via Blink, essentially a new video for that, and I wrote a reasonably detailed brief for that.

“For songs where I do want to use the existing videos but in a new shape, like Open Eye Signal, which I’ve made a new live version of, I’ll get the video re-edited by someone, with the effects incorporated to try and make it feel like a new thing whilst retaining the character that everyone knows,” he continues. “It really varies track by track. There are things that I’ve had in the show for ages that still work, and I’m not going to change, and there are others that are brand new commissions.

“I’m a bit of a controlling person creatively so I tend to be involved to some degree with all of them. No one else can really talk about what the intention of the track is. They can talk about what they get from it, and it will be equally valid, but the point is I’m trying to transmit a very particular feeling with each piece. Luckily these guys that I’ve worked with have all been quite open to receiving my annoying emails and points regularly!”

Electronic music arguably requires more absorbing and impressive concert visuals than other forms of pop: with the performer often more concentrated on the equipment rather than whipping up the crowd, visuals can provide the atmosphere instead. “It’s funny, I think with this kind of music there has to be either none at all and for it to be very much about sound only, or they need to be absolutely amazing, I don’t think there’s any middle ground,” says Hopkins. “Whereas in a huge rock concert or something you can get away with visuals that are not the most exciting, that you’d never watch independently. But I think it’s really worth us putting the investment of time and resources into.”

There is an epic quality to Hopkins music which makes it unsurprising that he has occasionally created music for films: in the past he worked alongside Brian Eno and Leo Abrahams on Peter Jackson’s 2009 feature The Lovely Bones, and he also created the music for Gareth Edwards’ Monsters (2010) and Kevin McDonald’s How I Live Now (2013).

“It’s been different every time,” he says of composing for film. “The first thing I worked on was The Lovely Bones. Brian Eno was the main composer, and myself and Leo Abrahams were working under him. We were given long stretches of unfinished footage to work to but Brian wanted to just improvise freely and just create hours and hours of stuff and let them take it away and edit it into a score. That was a very different process. When I was doing Monsters after that, I did it a much more traditional way – Gareth gave me pretty finished footage, it had everything done apart from the visual effects. I could really feel what it was going to be like.

“With him, and also with Kevin McDonald, who I worked with on How I Live Now, they ended up working with me because they knew my music and liked it and wanted me to do stuff that sounded like what I do. So they both let me get on with it really. Then when I was doing Monsters, Gareth would come in once in a while and check things were alright and maybe move a few notes around but overall neither him nor Kevin actually threw out any cues, I didn’t have to rewrite much. So I felt quite spoilt really.”

Despite there seeming a natural affinity between his music and cinema, this is not an area that Hopkins is particularly pursuing at the moment, preferring instead to concentrate on creating his own work. “I feel like at this age in my life – young-ish – I still want to do touring as much as possible. There’s going to be a time in a few years where I’m not going to want to be doing that so maybe that’s a moment to work on film a bit more.”

Yet while he may never have particularly sought out tie-ups with film or TV, a moment of serendipity in this area did give his career an early boost, when the US hit TV show Sex & The City featured his music in a number of scenes.

“When I was 22 or 23, my brilliant manager, who knew the music supervisor on that show, really made a good connection there. He got really into the music and he just placed the tracks in the series,” says Hopkins.

While the connections between the romantic, often-bawdy comedy-drama and Hopkins’ meditative music may not on the surface seem obvious, the collaboration was really helpful at the time. “It was amazing for me because it meant I could afford to not be doing crap session work for the next two years and I was able to really concentrate on writing my second album,” he says.

“I can’t say that I was in love with the show but the way the tracks appeared was actually really sensitive to them, and it was such a rare thing to be 22 year-old electronic musician who actually doesn’t have to do loads of other work. It was a life-changing thing for me for a couple of years.”

Singularity is out on May 5 on Domino; blinkindustries.tv