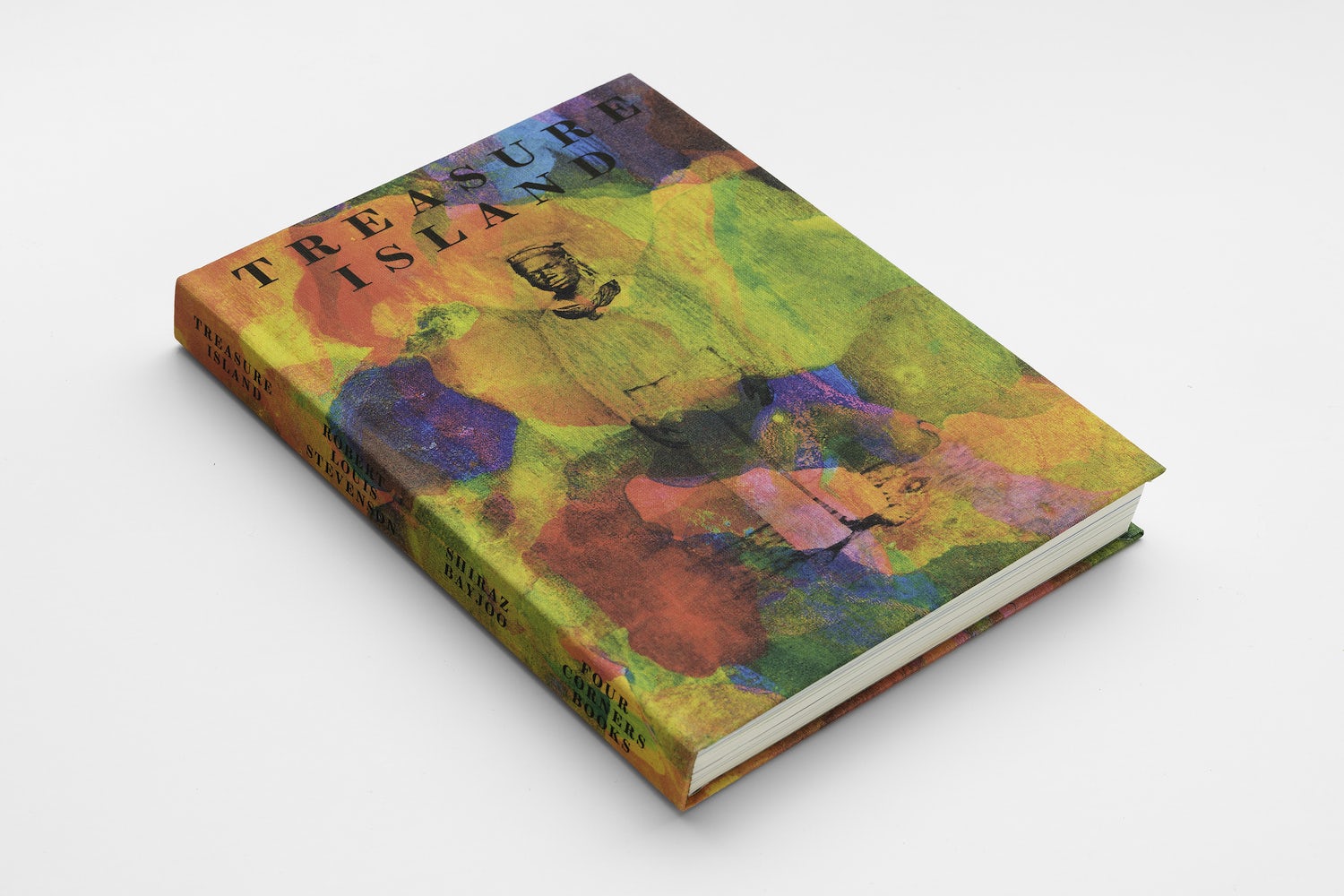 Written in the 1880s, and first serialised in the children’s magazine Young Folks, Robert Louis Stevenson’s Treasure Island is known primarily for its vivid descriptions of pirates, tropical islands and treasure maps, where ‘x’ marks the spot.

The story of Long John Silver, Jim Hawkins, Ben Gunn et al is set in the mid-18th century, during the colonial era, and is one of a clutch of novels – including the earlier Robinson Crusoe, published in 1719, and King Solomon’s Mines, also published in 1880s – which form the ‘colonial adventure’ genre of novels.

These stories form part of our literary canon and have sparked imagery that has firmly embedded itself into popular culture, yet they can make for difficult reading in the modern age, as we grapple with our relationship with empire, colonialism and slavery, and its ongoing impact – and representation – in society today. 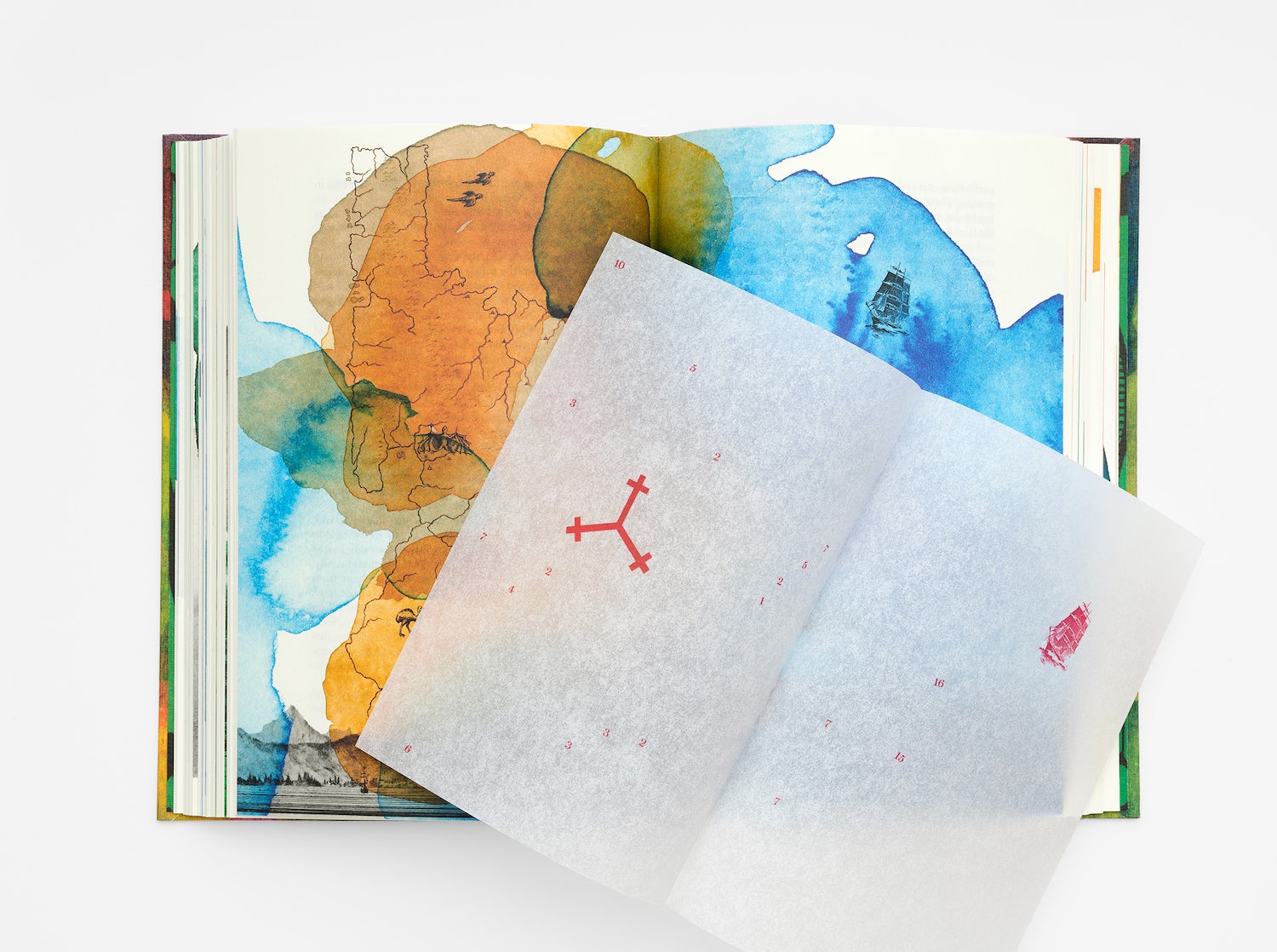 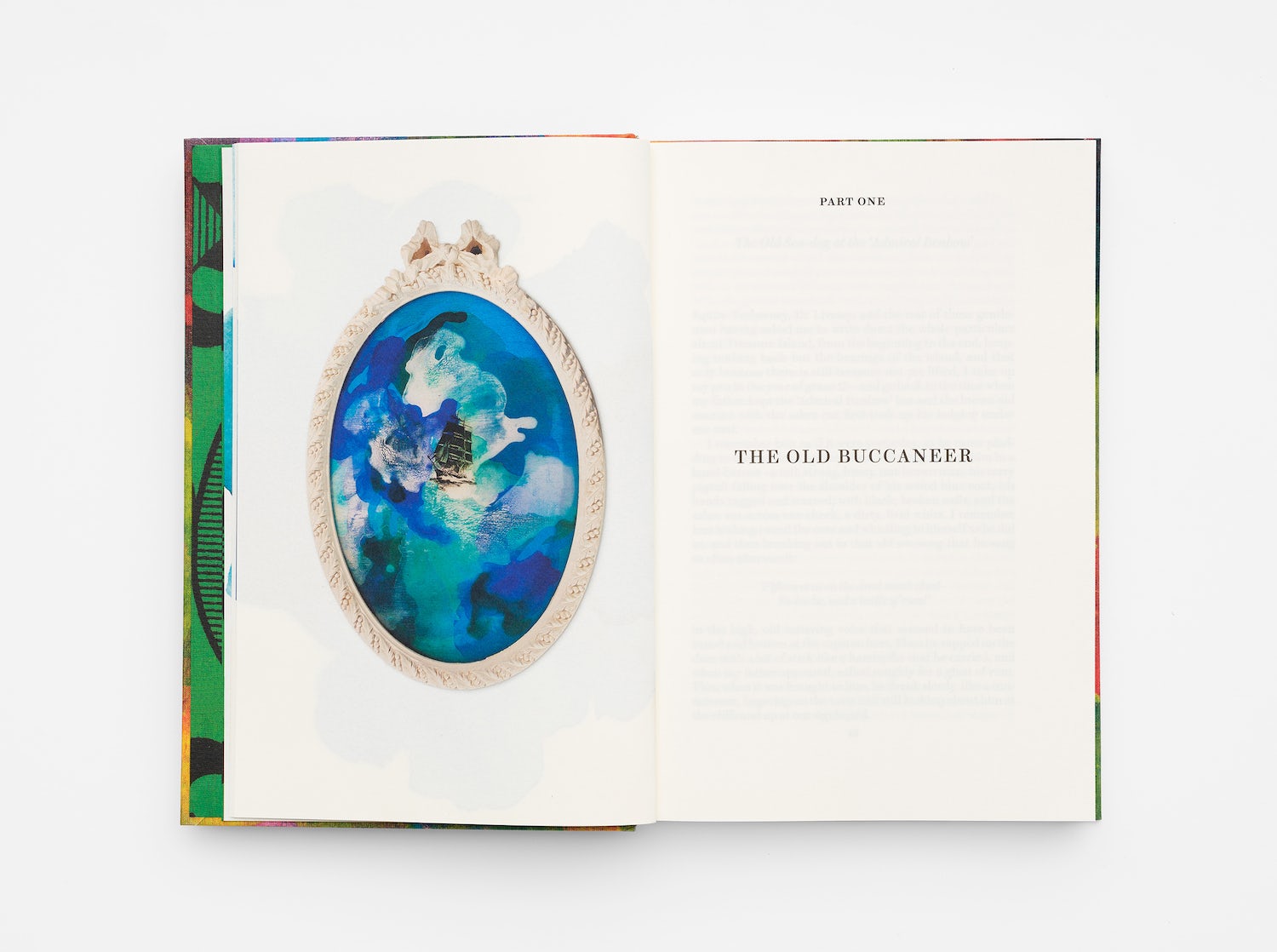 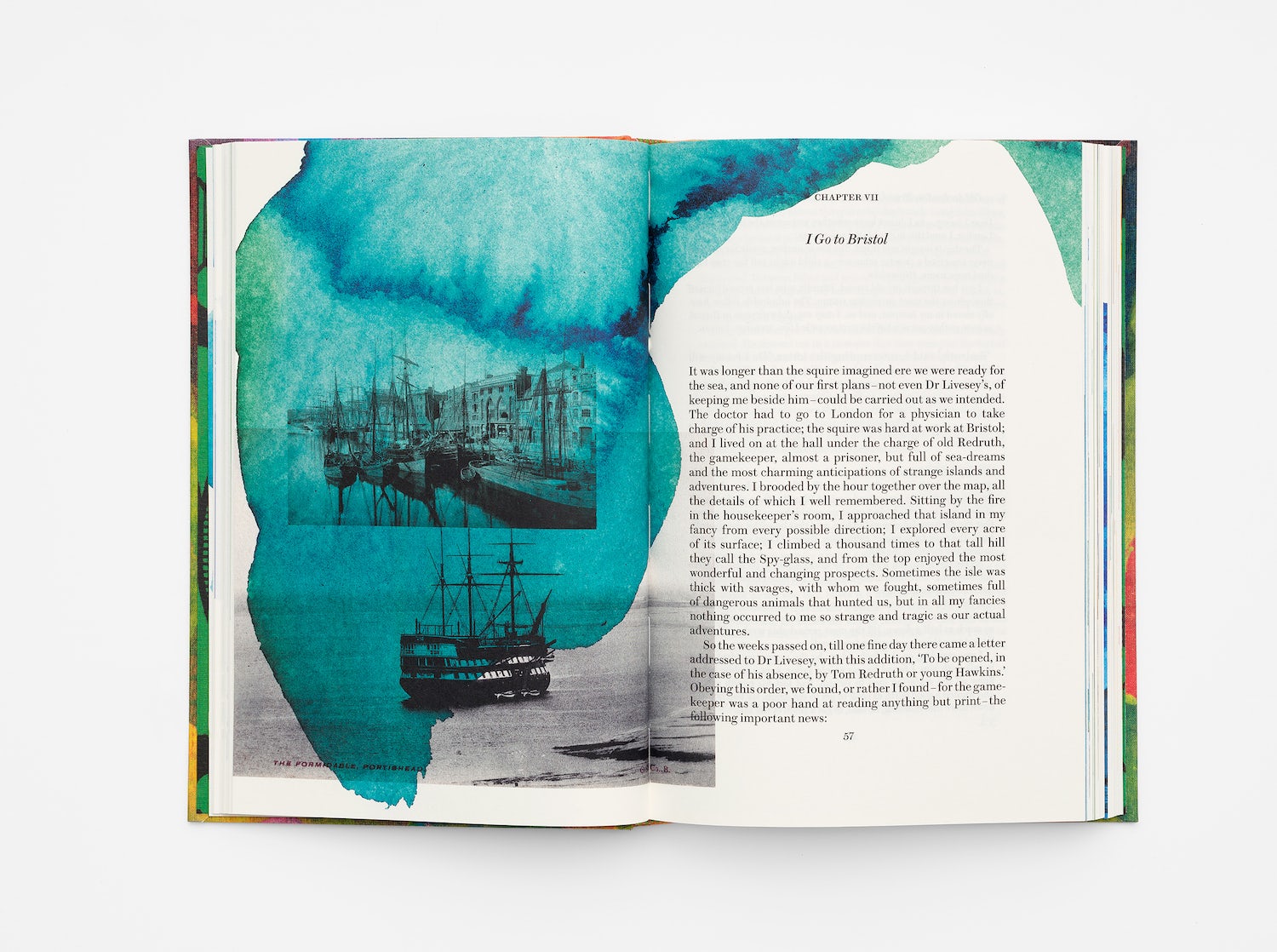 Four Corners Books’ new edition of Treasure Island tackles this issue head on, via the subtle yet powerful imagery of Shiraz Bayjoo, which appears throughout this beautifully made version of the book. Mauritian artist Bayjoo works with a number of mediums, including painting, film and installation, and uses his art to address cultural memory and postcolonial nationhood in a manner that challenges dominant cultural narratives.

Instead of asking us to confine Stevenson’s novel to history, Bayjoo’s artworks interact with the text, with portraits of significant figures, companies and places of the colonial era – including Edward Colston, Captain James Cook, and the East India Company logo – appearing alongside those impacted by the brutal acts of the times.

Details about some of the latter are scant, illustrating the lack of information that remains about those who were colonised. In a text explaining some of the places and people featured in the artworks, one photograph is simply described as “a 17 year-old from Nosy Boraha in Madagascar, taken in the 1880s. His name is recorded as Miriri, but not further information about him was recorded when this series of photo portraits of people from around Madagascar was taken: like other colonised people whose lives come down to us only through the records of the colonisers.” 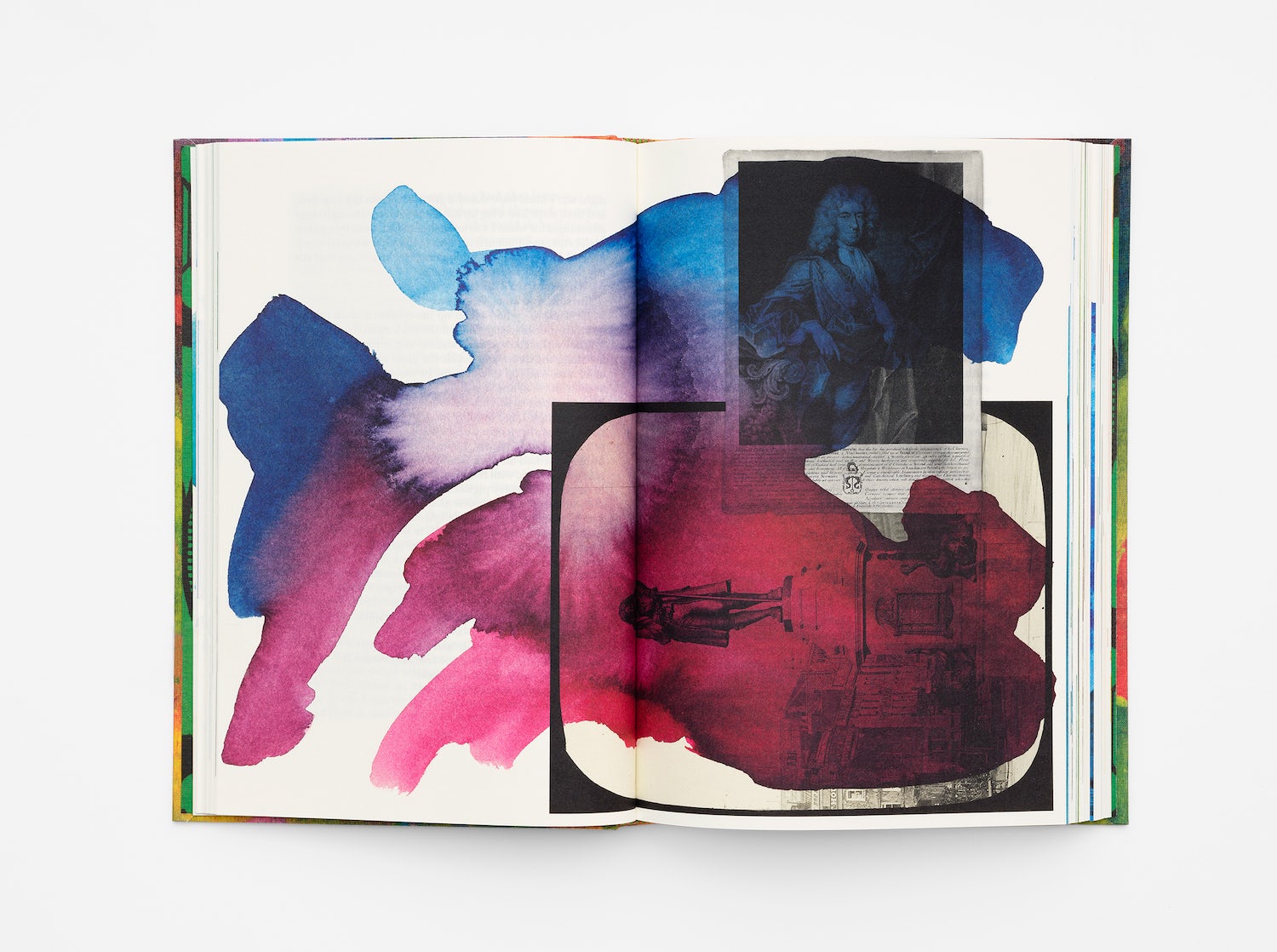 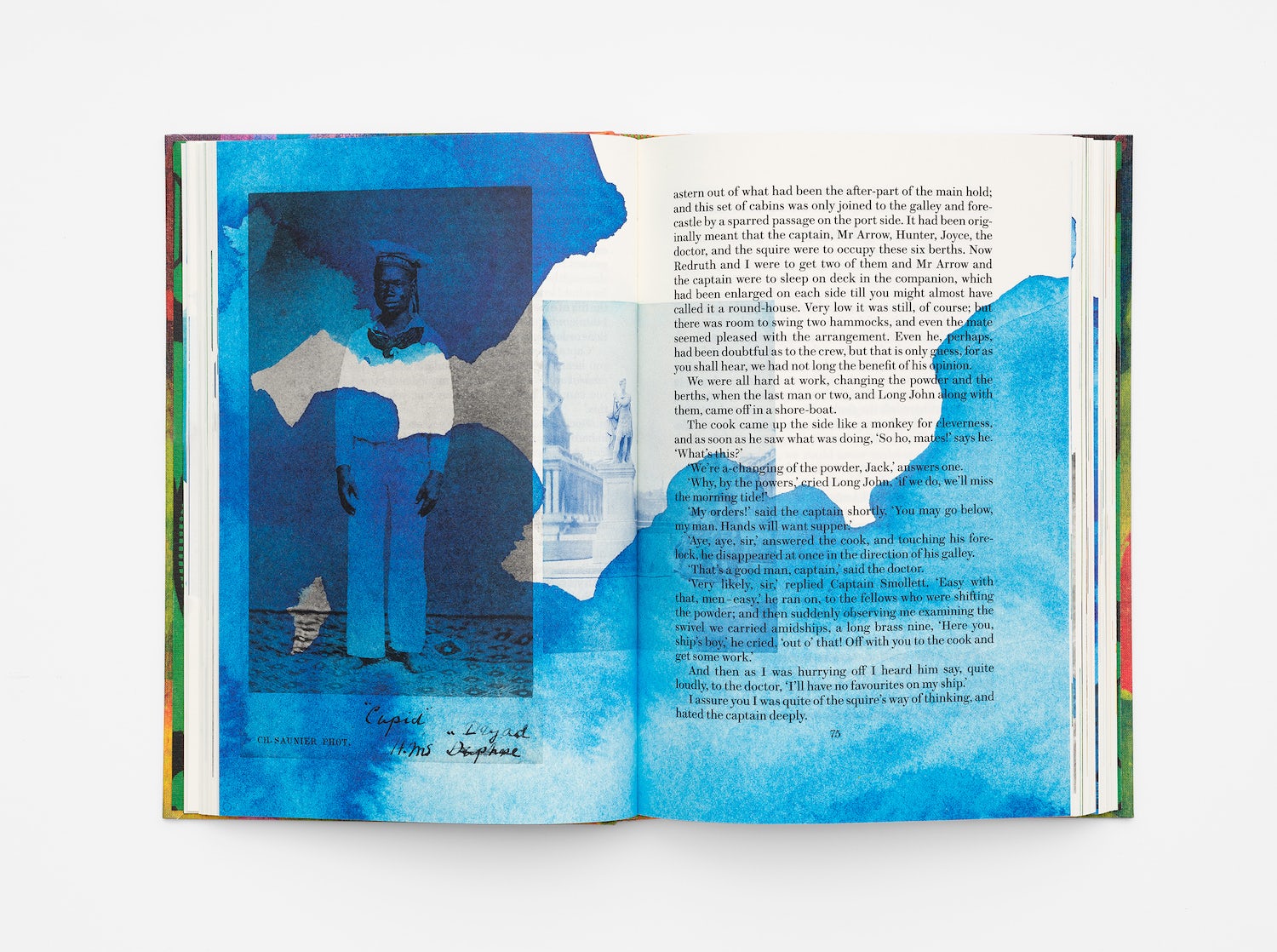 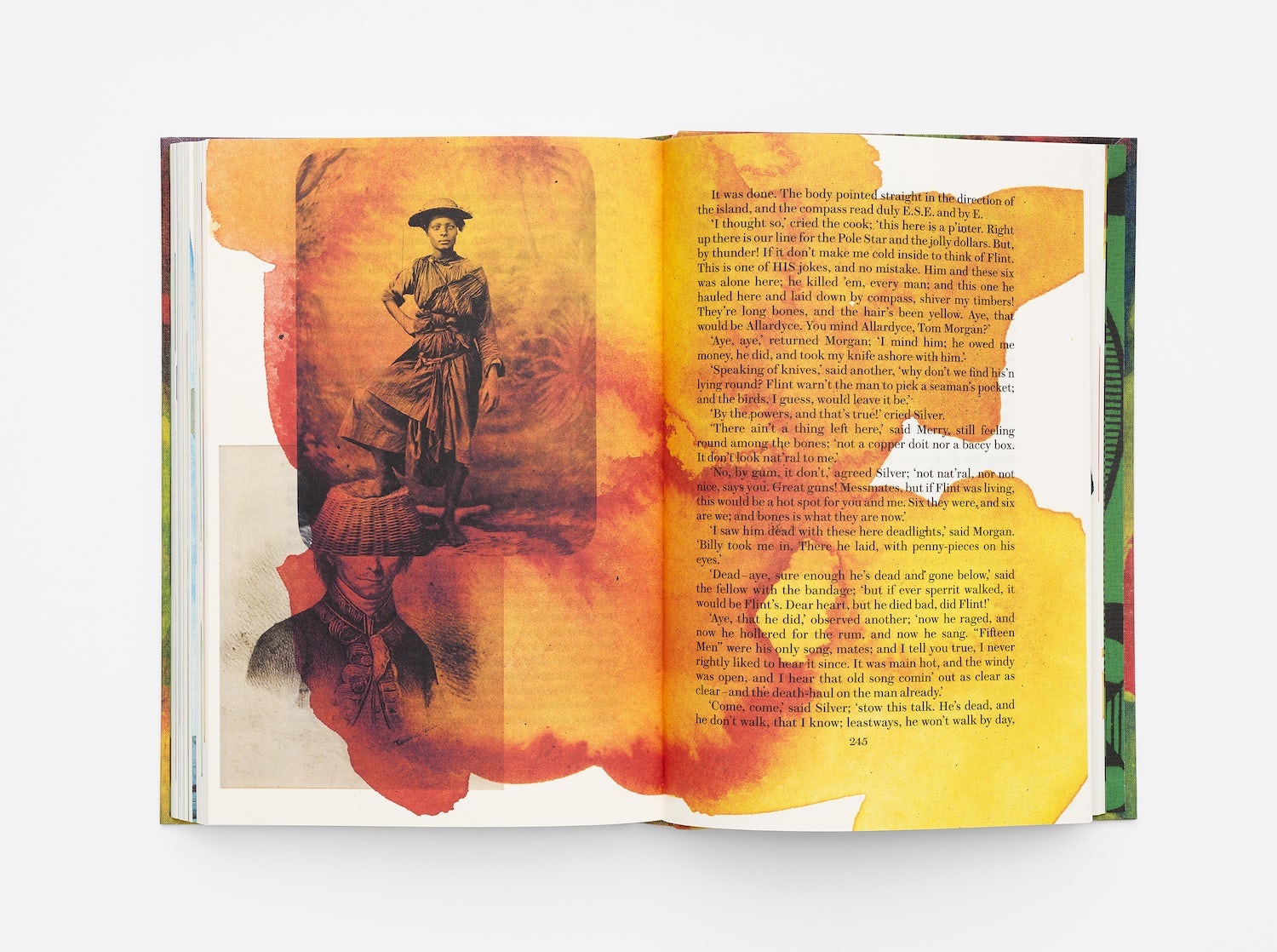 This edition of Treasure Island is the 14th release in Four Corners Books’ Familiars series, which has established itself as an unusual and thoughtful way of interpreting classic novels. All are designed by John Morgan with each title illustrated by a new artist – resulting in an eclectic series of novels that are as much works of art as books.

Bayjoo’s artworks provide a thoughtful and timely addition to the series, offering space for readers to reconsider Stevenson’s classic novel through the prism of our current examination of colonialism and how it – and its depiction in culture and history – has shaped our vision of the world today.