After a difficult few decades, it seems Irish whiskey is having a moment. The number of distilleries in the country has grown from four to 24 in the past six years and sales are booming: Over 10.5 million cases were sold in 2018 (the highest figure since the pre-Prohibition era) and over 900,000 people visited distilleries for tours and tasting sessions.

Jameson’s has long been the biggest-selling brand in the market, but the past few years has seen a wave of new whiskeys popping up in stores and bars around the world – from boxer Conor McGregor’s Project No. Twelve to Dublin distillery Teeling’s single malts and reserves.

One of the latest arrivals on the scene is Athru: a premium brand founded by Irish entrepreneur David Raethorne, who has spent the past five years turning a former video tape factory in Sligo into the Lough Gill Distillery. 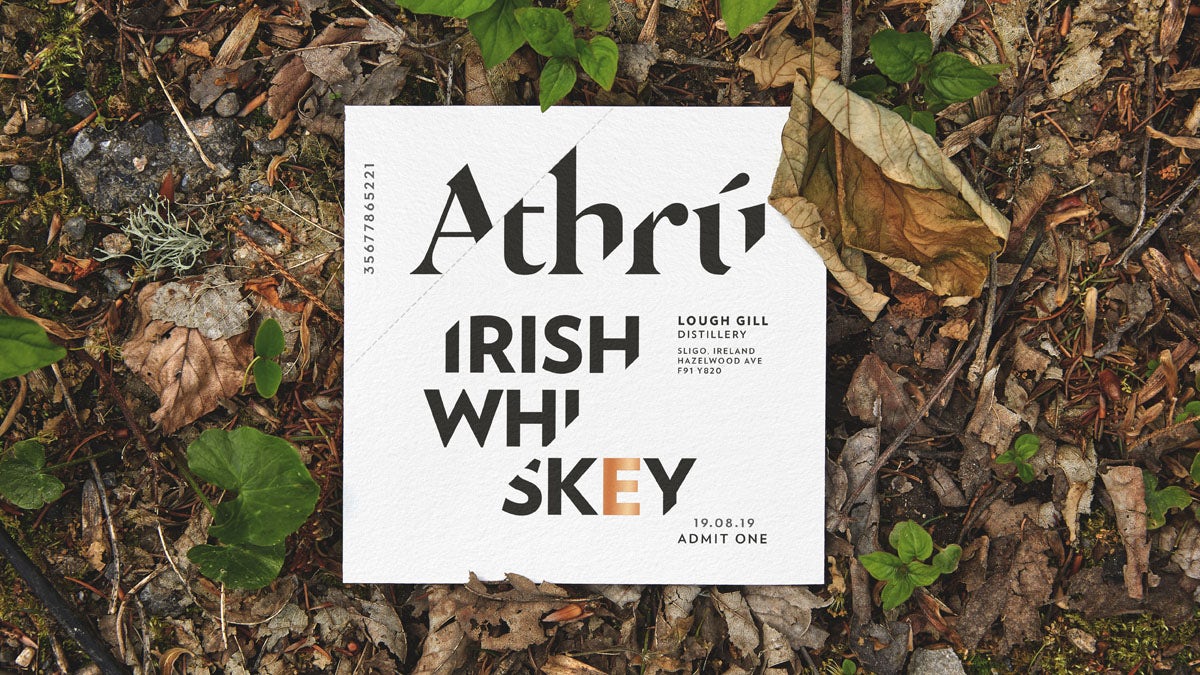 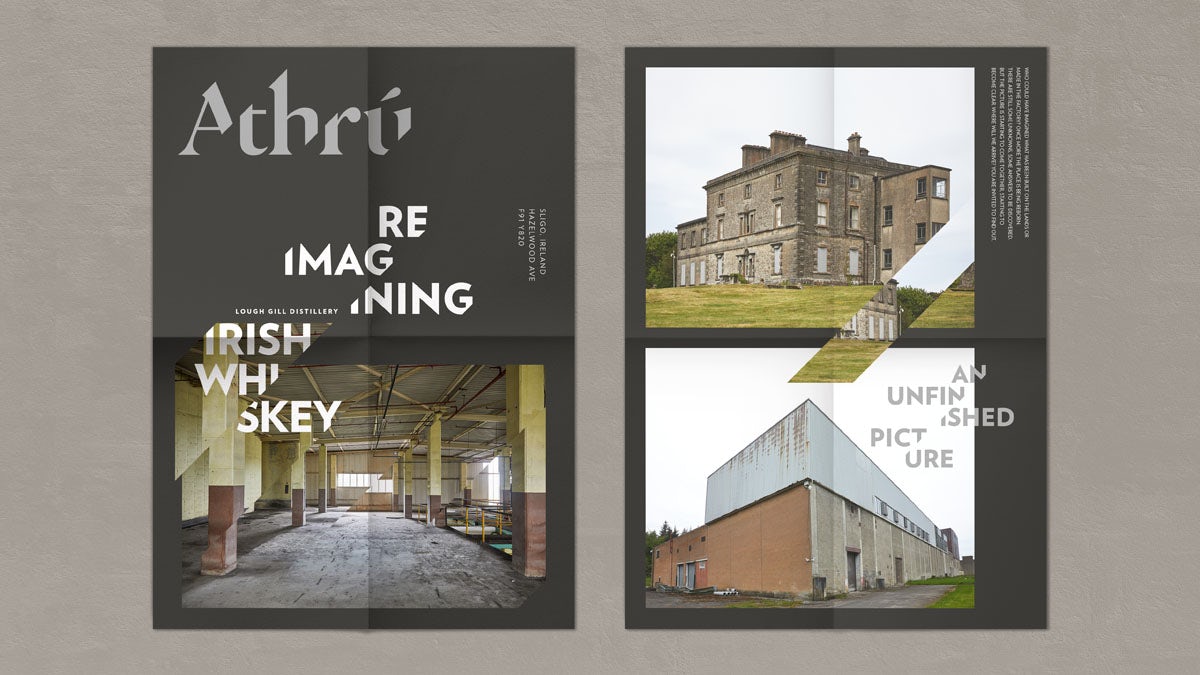 The distillery is part of the Lough Gill estate: a six-acre patch of land on Ireland’s Wild Atlantic Way, which is also home to Hazelwood House – a grand 18th century mansion built by prominent architect Richard Cassels, which has lain empty since the 1980s. Over the next few years, Raethorne plans to turn Lough Gill into a tourist attraction, creating a visitor centre and restaurant within the distillery and using funds from sales of Athru whiskey to fund the renovation of the house.

The distillery isn’t yet operational but production is expected to start next year. In the meantime, Raethorne has worked with JKR to create a new brand, Athru. The brand launched this year with a blended whiskey made from vintage malt – and two more are expected to launch later this year. Raethorne plans to continue releasing limited-edition batches of blended whiskeys until the distillery is up and running – after which all of Athru’s whiskey will be produced and bottled at Lough Gill.

JKR worked closely with Raethorne and his team to create the Athru brand. As the project is a long-term endeavour, JKR took inspiration from the idea of “an unfinished picture”, cutting the corners off letters and splicing together images of the local landscape. 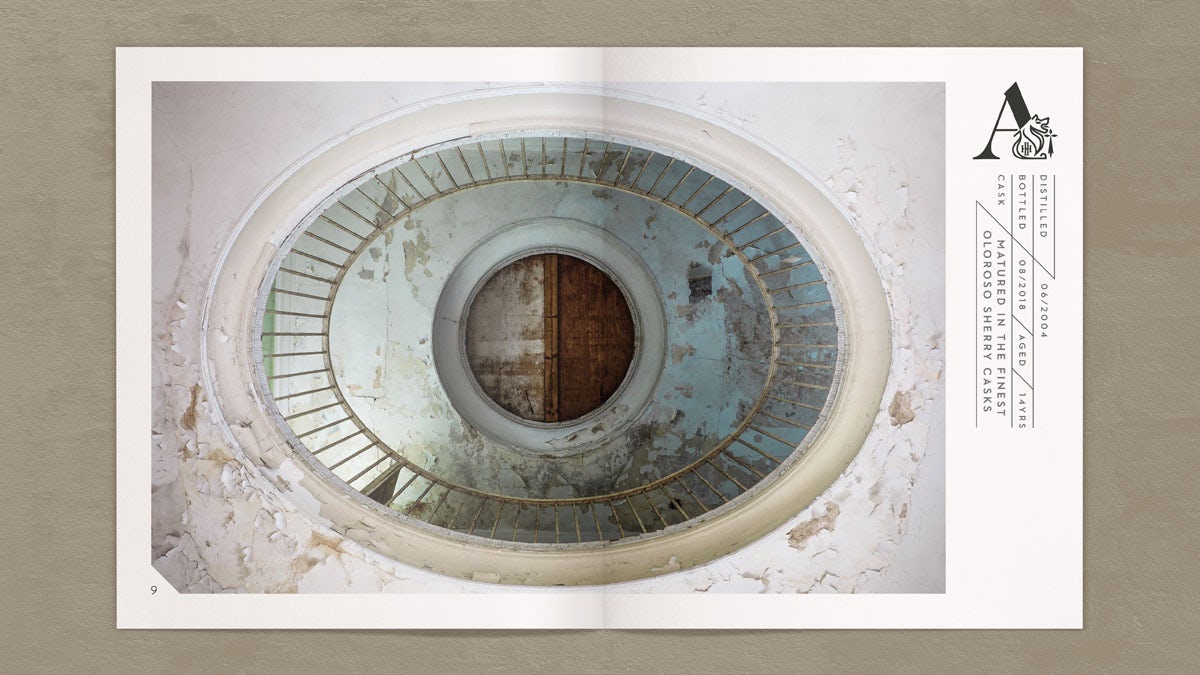 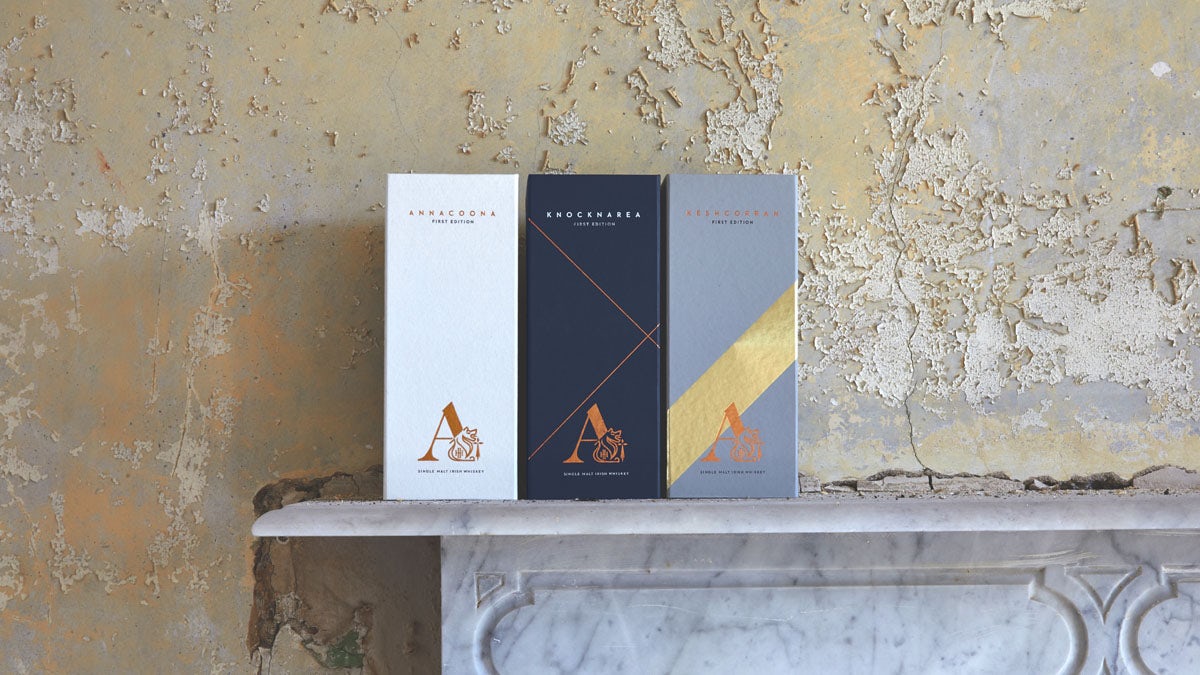 It’s a striking approach – and one that stands out among a sea of brands using scripted typefaces and vintage logos. Sean Thomas, Creative Director at JKR, says the agency wanted to create something unique and looked to art galleries, museums and disruptor brands such as Aesop instead of Athru’s rivals for inspiration.

“When we looked at the competition, it all felt very traditional,” says Thomas. “David and the team wanted to tell stories about Irish heritage and provenance, but they didn’t want [the branding] to feel old – there’s no distillery heritage on the site, and they’re not using some 18th century distilling technique. This is a new way of making whiskey [Lough Gill will use Tokaji barrels, which produce a different aftertaste to whiskeys made the traditional way],”  Thomas explains. “We knew we wanted to do something quite modern – it was all about standing out and not borrowing from the codes of Irish whiskey.” 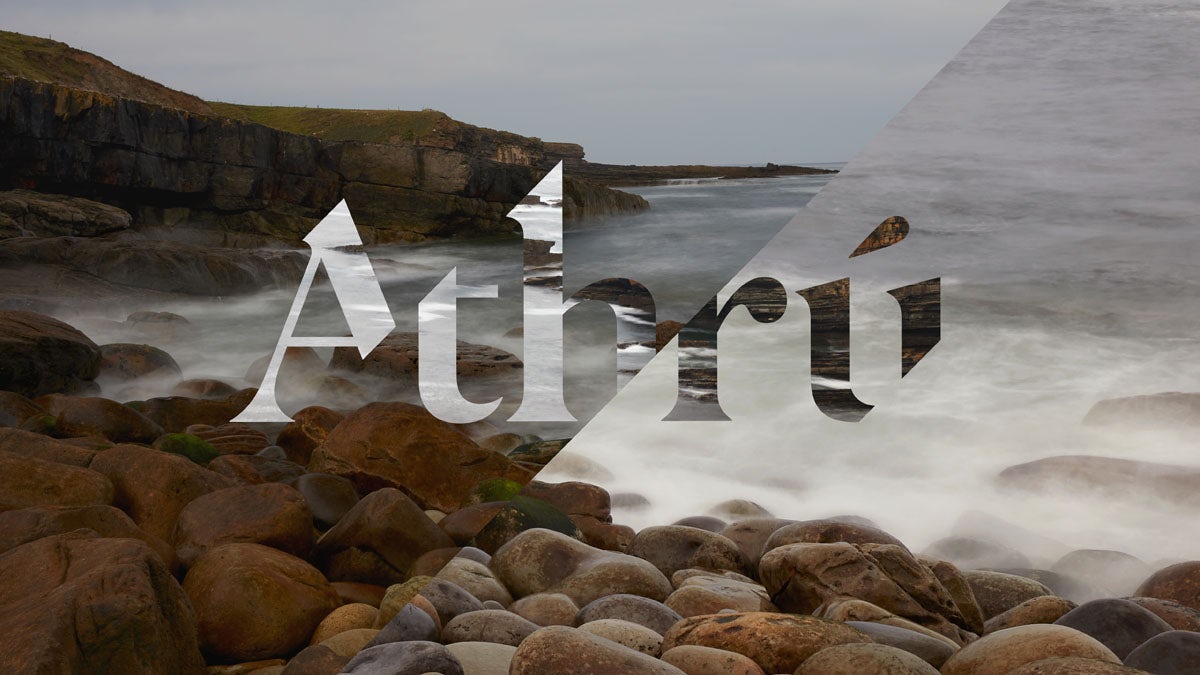 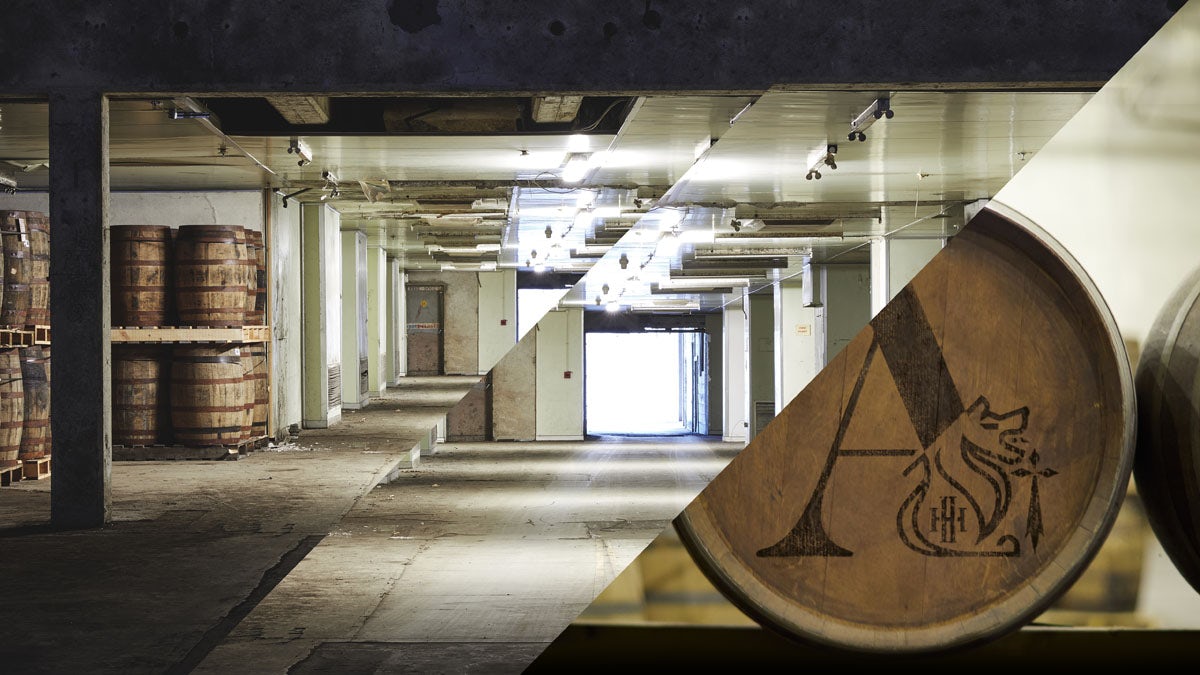 The name Athru means ‘transform’ in Gaelic and is pronounced ‘a-roo’. The name reflects the story behind the brand – but Thomas says it was chosen mainly because it’s pleasing to say.

“It’s a nice word which rolls off the tongue … and the client felt like it was the kind of name you could say when toasting friends around the table,” he adds. “It is hard to pronounce – most people think it’s pronounced ‘an-th-roo’ but the client was pretty comfortable with that. We had a big discussion around whiskeys with hard-to-pronounce names [Scotland’s Laphroaig being a prime example] and decided it can bring something a little more mysterious and interesting.” 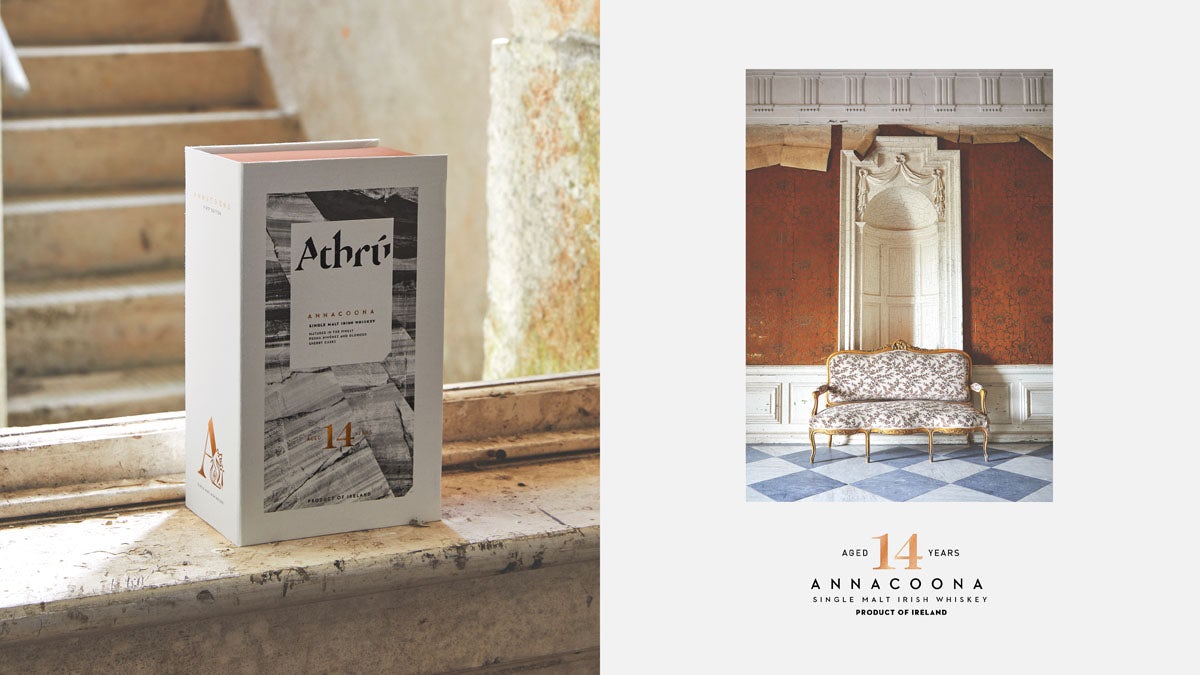 Alongside creating a logo and visual identity for Athru, JKR has designed a range of materials to help raise investment for Lough Gill – including a publication setting out the history of the site and Raethorne’s future vision for it – and packaging for three blended whiskeys.

Each one is inspired by a local landmark or legend – Annacoona (the first to be released) takes its name from the nearby cliffs of Annacoona and comes in a book-style box which recounts the myth of lovers Diarmait and Grania. Knocknarea is named after a limestone hill in the region while Keshcorran takes inspiration from nearby caves.

The agency also flew out to Lough Gill and worked with photographer Ben Peter Catchpole and Brother Film Co. to gather thousands of images and video clips of the area and the estate. The footage will be used to create social media content and a film explaining the plans for Lough Gill.

Over time, JKR plans to continue working with Raethorne to evolve the identity – “the plan is to do another edition of whiskeys and create a new brand film … and longer-term, we’d love to work on the visitor experience,” says Thomas.