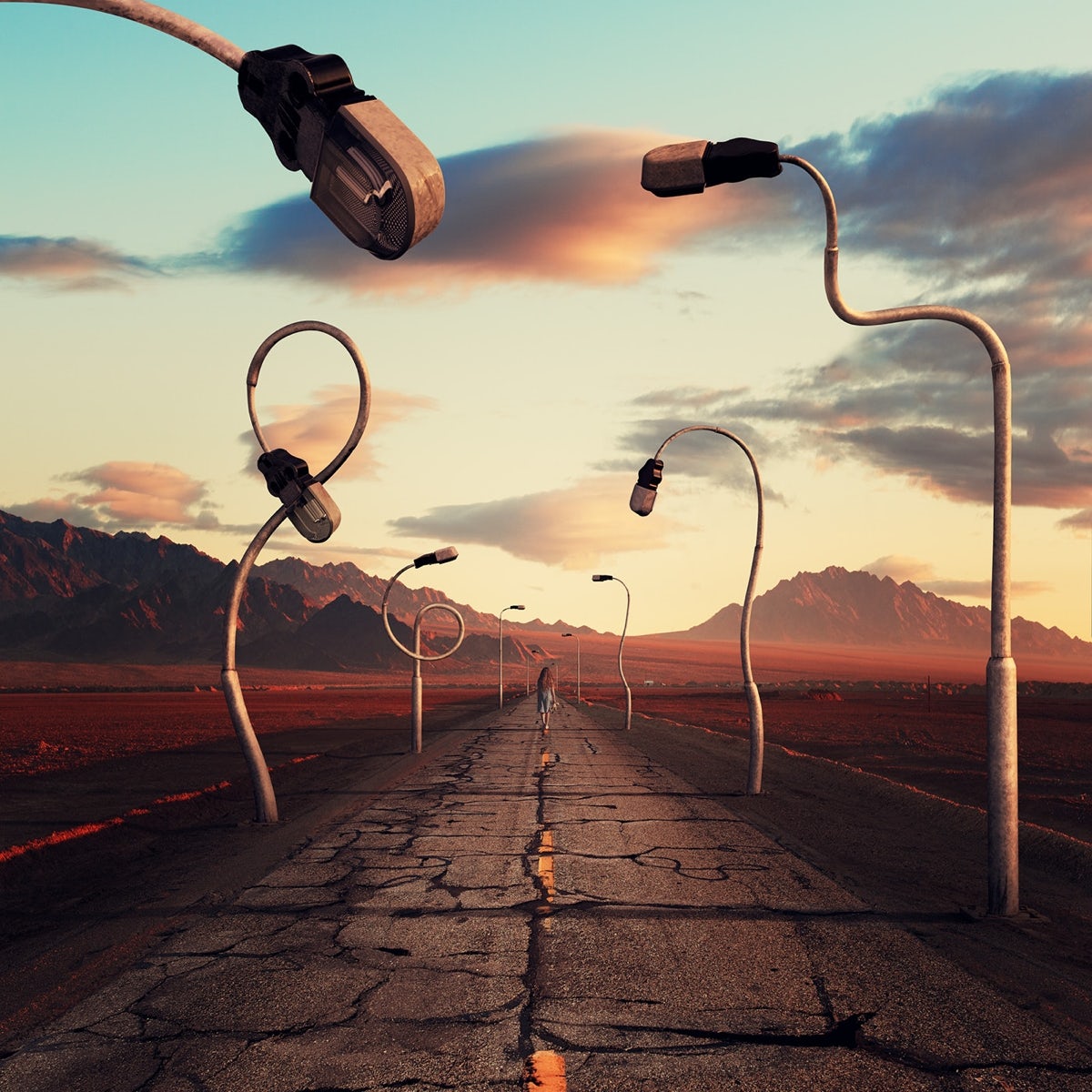 Powell, who co-founded Hipgnosis, the design studio famed for its work on Pink Floyd’s iconic covers, approached Johnson Banks to collaborate on the cover of the box set – and the team came up with several suitably surreal ideas that would do justice to the band’s legacy.

The winning idea features a lone figure on the road, surrounded by curling and bending street lights. Photographer Robert Truman shot the original image in the Californian desert, chosen for its vast landscapes and stretches of open road. The post-production trickery was done by Happy Finish, who composited different parts together and created the bendy lamps.

Although the plan was initially to capture blue skies, Johnson Banks says the image gradually went in a more moody direction, and the final cover’s deep red mountains hint at the landscape of another planet. 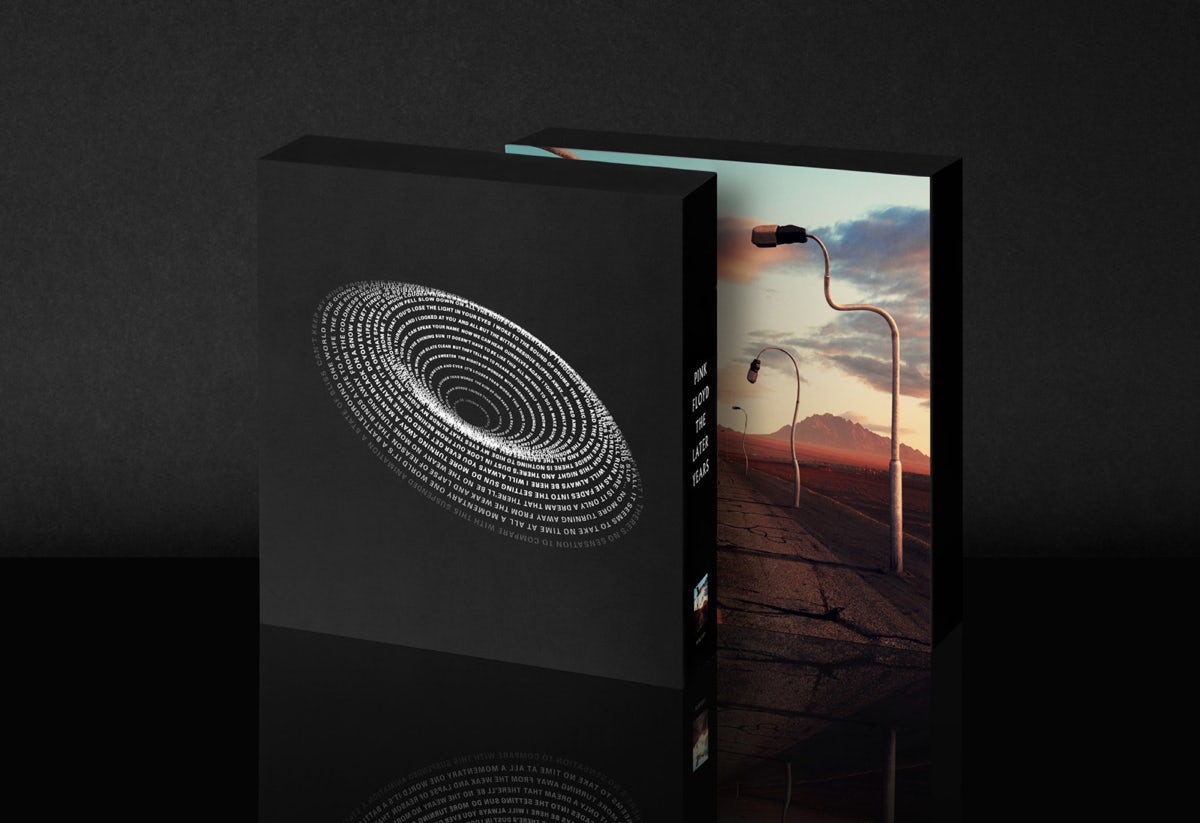 Flip the box set over and it’s a totally different story on the back, which features a ‘black hole’ of song lyrics that works particularly well when animated. As well as all the music, the collection includes a re-edited 4k version of 1987 film The Delicate Sound of Thunder.