The Baddeley Brothers engraving business was established by John Rock Baddeley in the mid-19th century. In 1885, the company moved from Hackney to a factory in Moor Lane, where it employed dozens of staff and produced envelopes and debossed and engraved stationery. 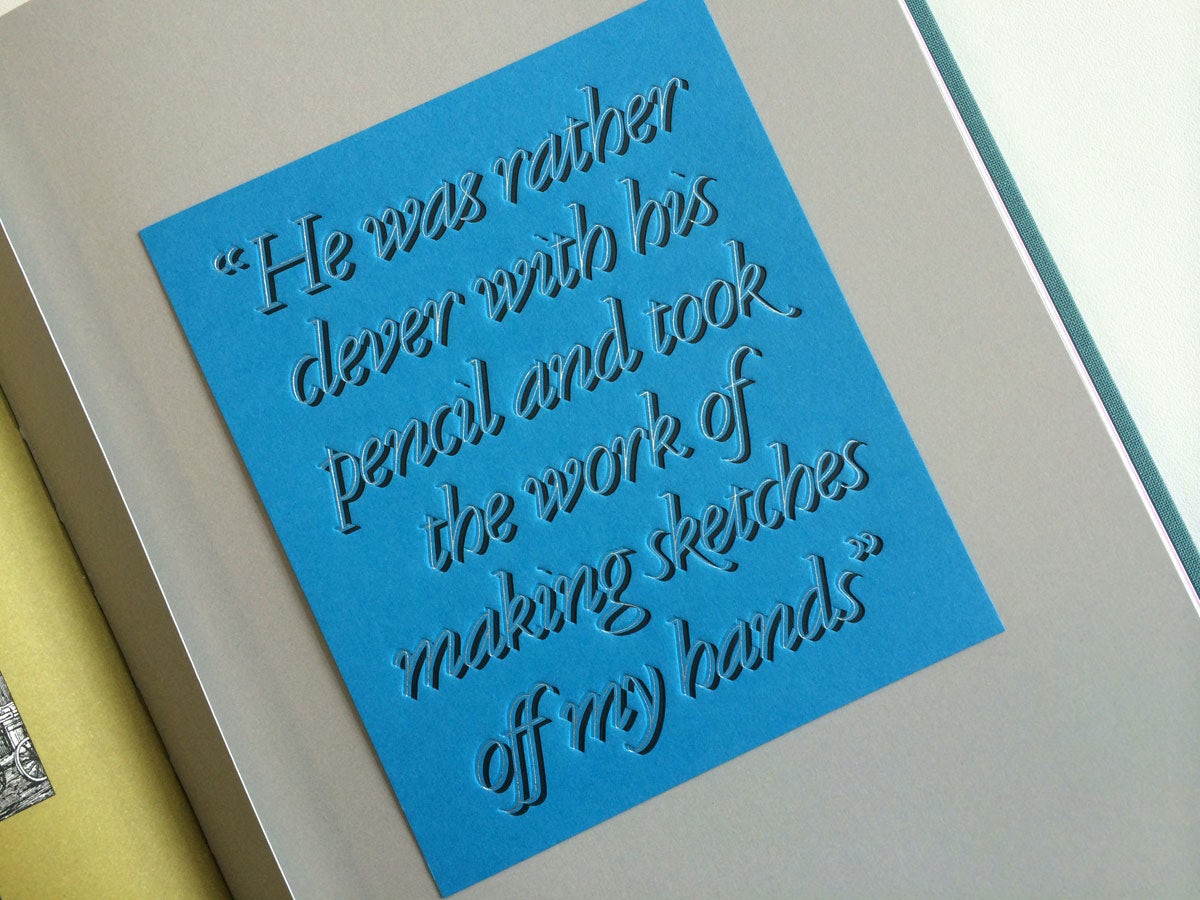 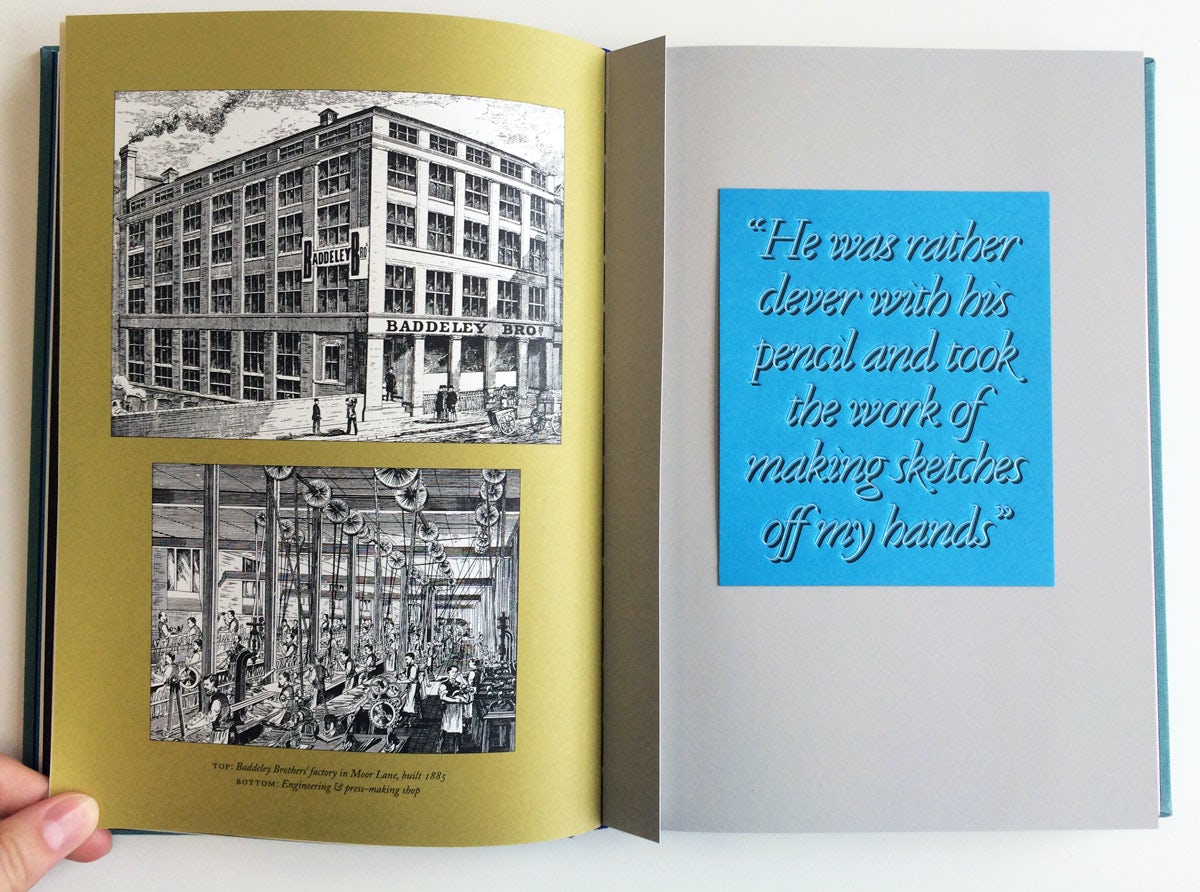 The factory was destroyed in the Blitz during World War Two but re-opened in Shoreditch in 1946. David and Roger Pertwee joined the business in the 1960s – then managed by their uncle, David Baddeley – and took over as directors when he died in 1981.

The company went into administration in the 1990s but a local competitor bought up most of its shares, allowing the family to keep the business and move into new premises in Hackney. It is now managed by Roger’s sons Christopher and Charles Pertwee. 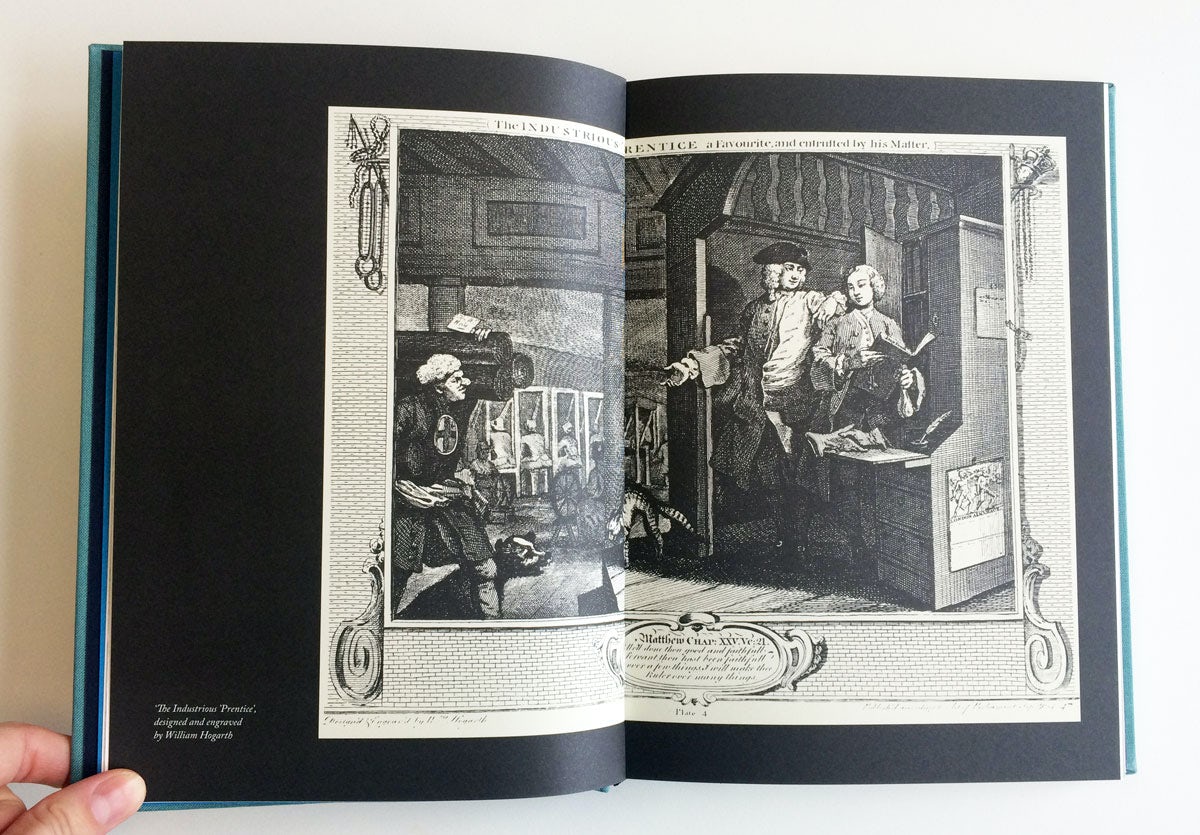 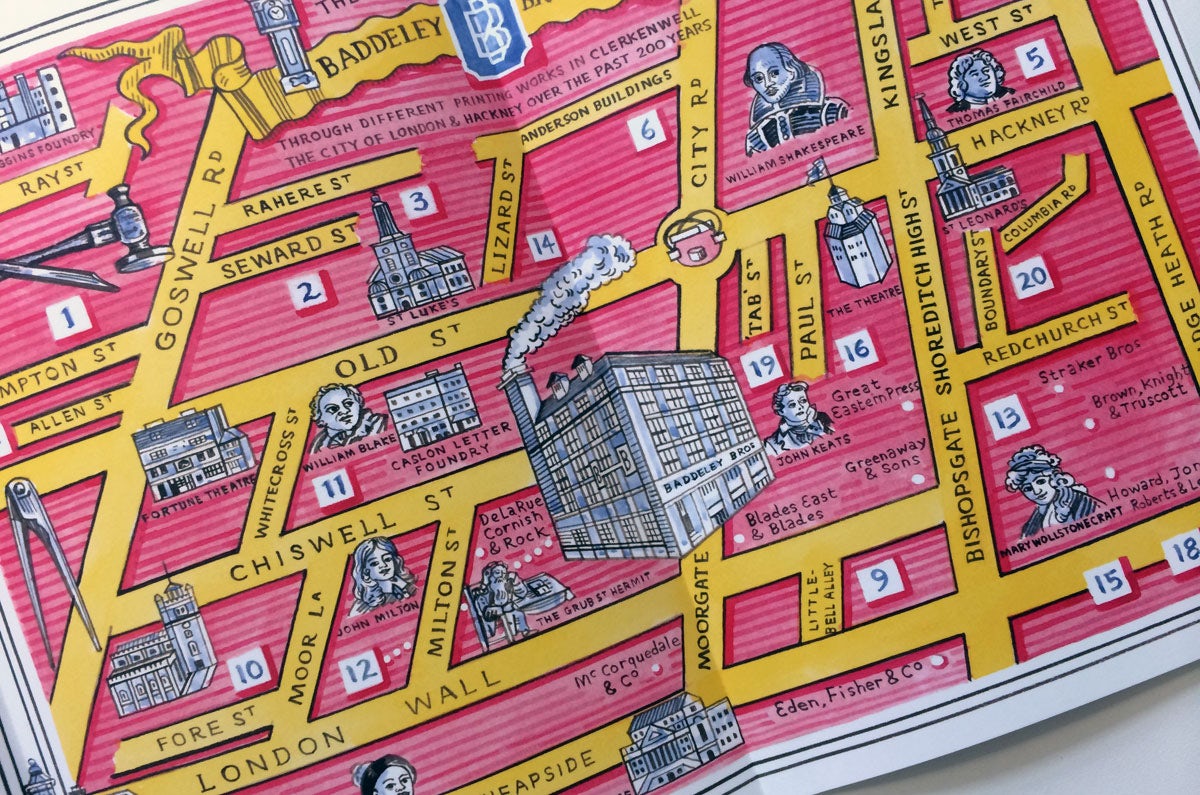 This history is now beautifully presented in the Gentle Author’s new book, which comes packaged in a cloth-bound hardback cover bearing the Baddeley Brothers logo. Inside, it features interviews with David and Roger Pertwee, and Christopher and Charles, alongside photographs of the company’s premises, paintings of the local area and early examples of the Baddeley Brothers’ printing and engraving work. 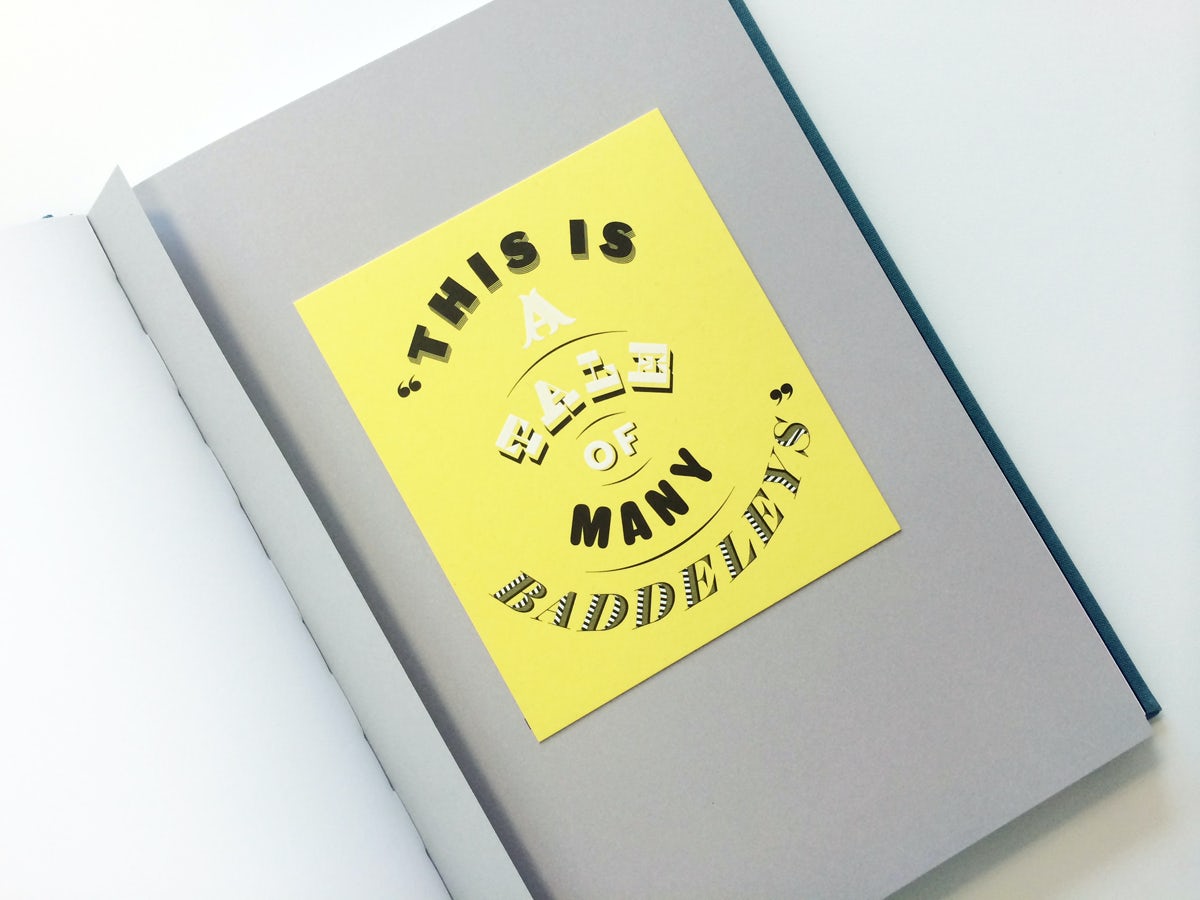 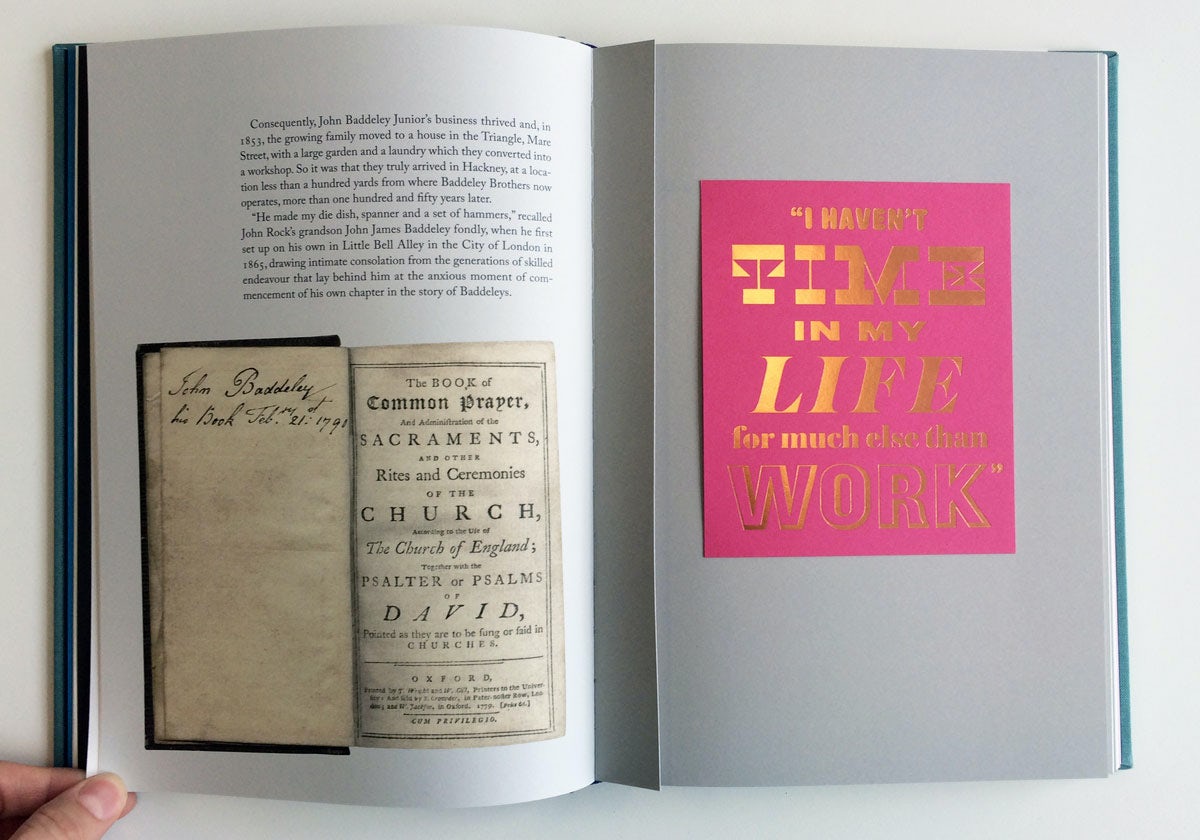 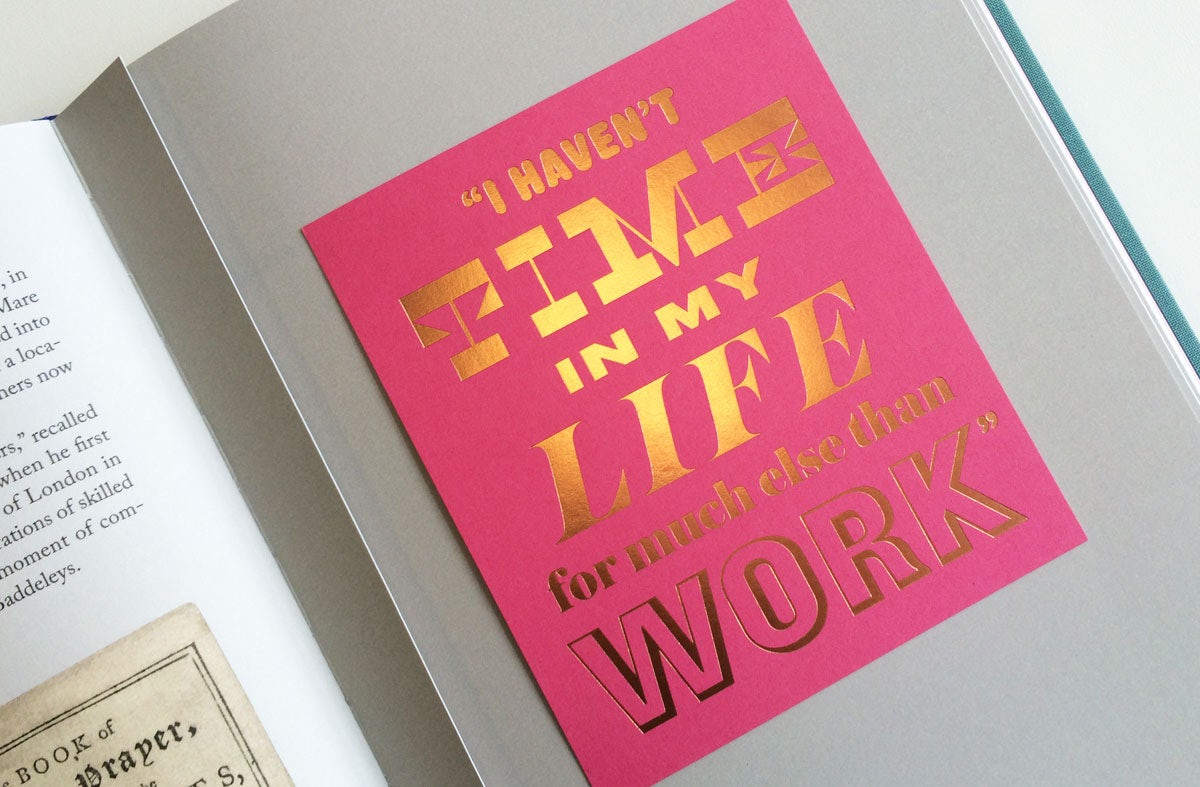 David Pearson, who designed the book, has produced a series of brightly coloured typographic tip-ins which showcase a range of printing techniques practised by the company. Printed on colourful card, they pay homage to the family’s love of craft, the joy of printing and even “the acrid whiff of cyanide” in the print shop. 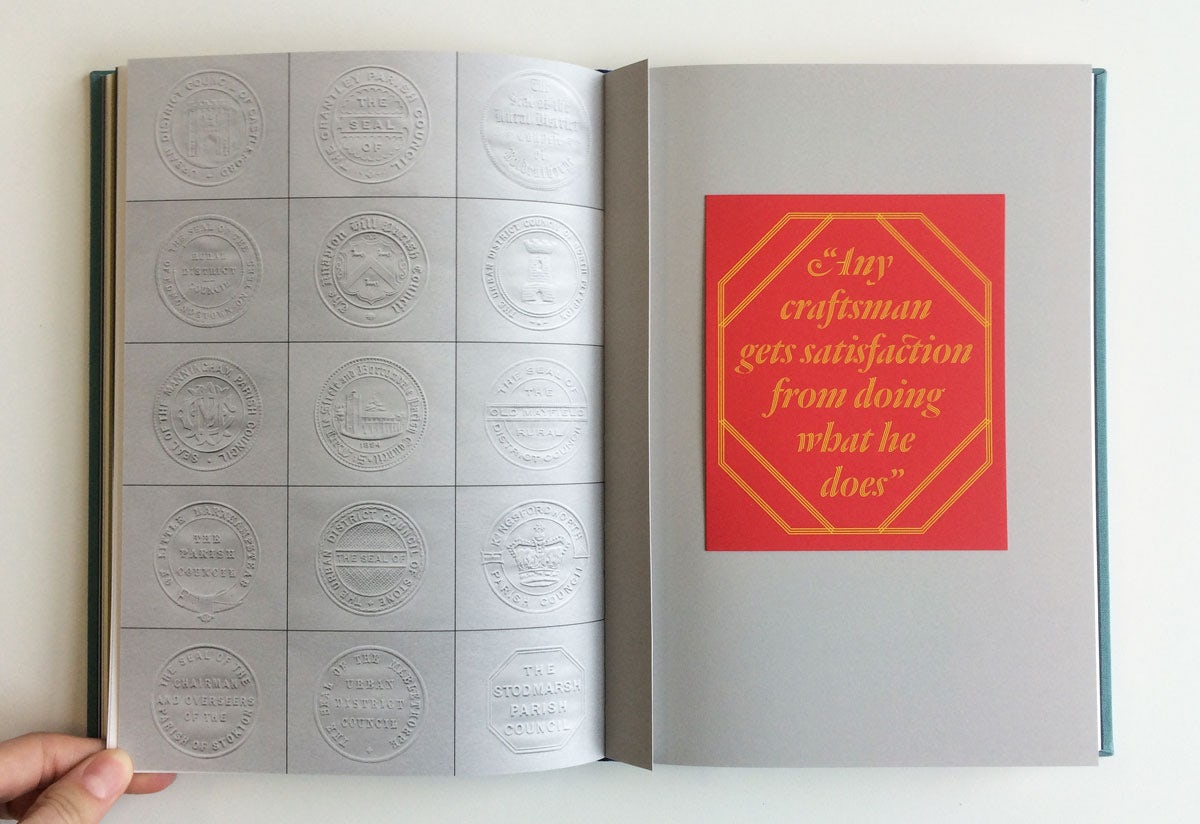 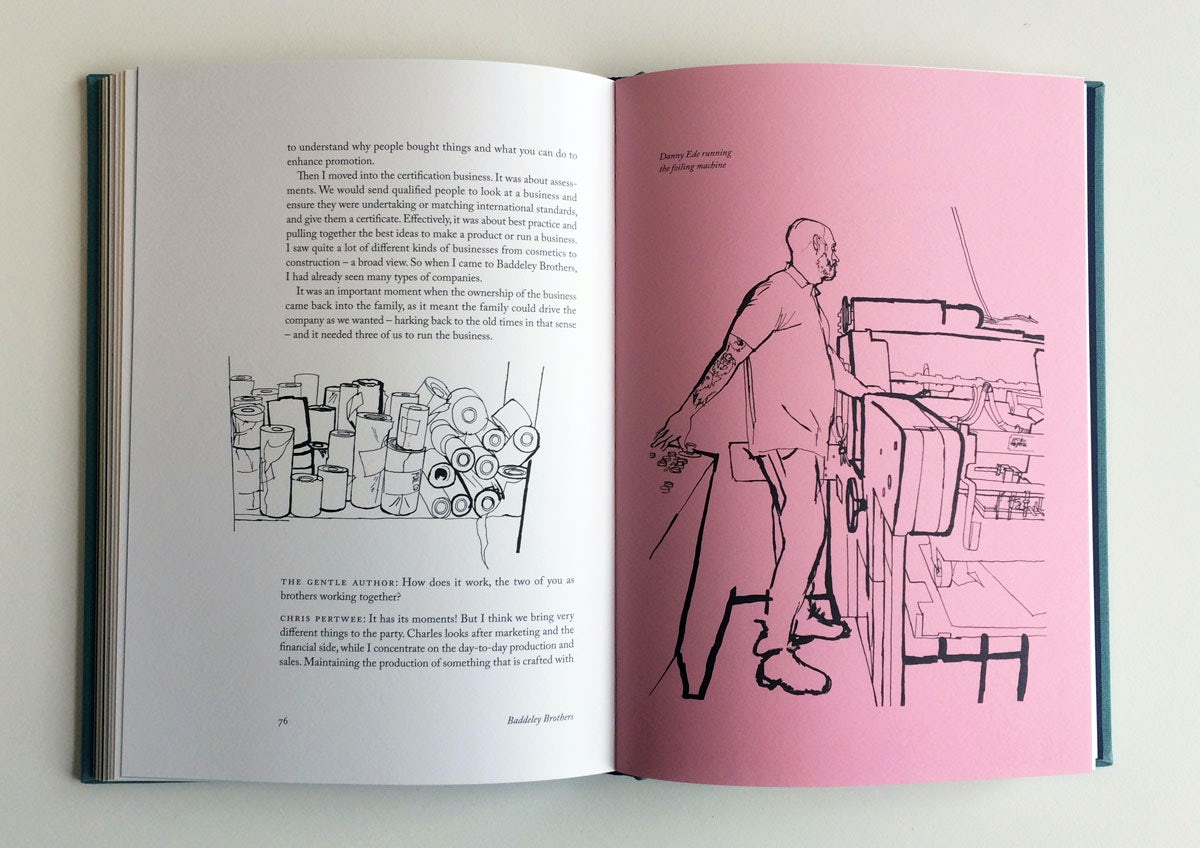 It’s a lovely homage to a long-running family business and a real celebration of paper and print, as well as the skill and craft involved in the Baddeley Brothers’ work. Pearson and Rogers’ artwork adds a contemporary touch, while the range of finishes and techniques makes for a tactile – and richly detailed – read. 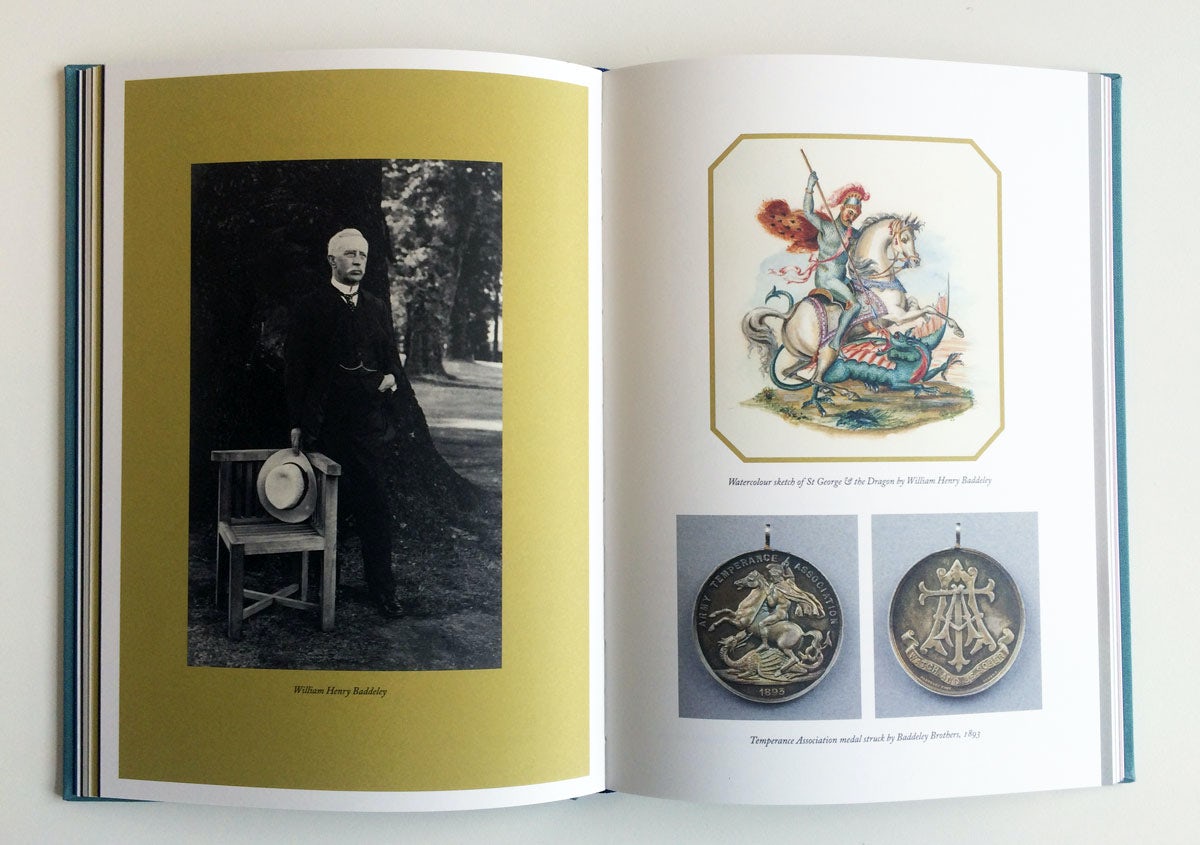 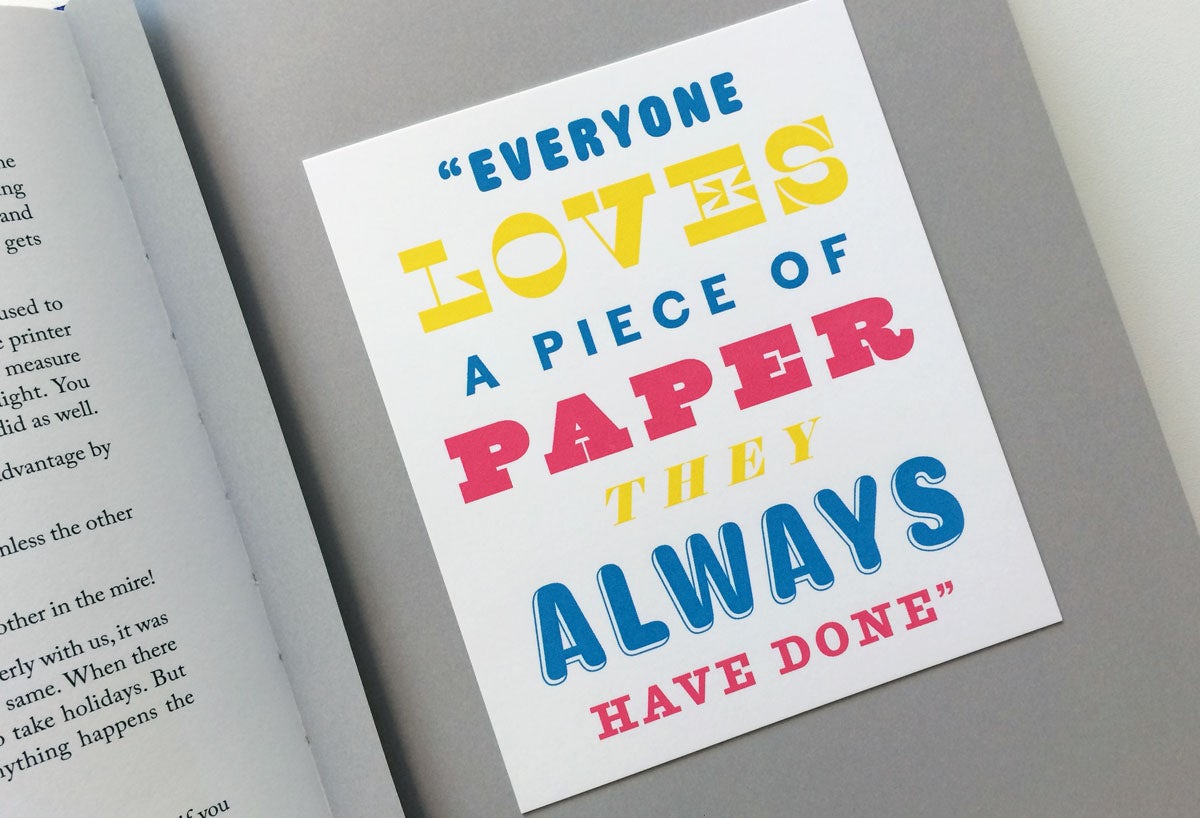 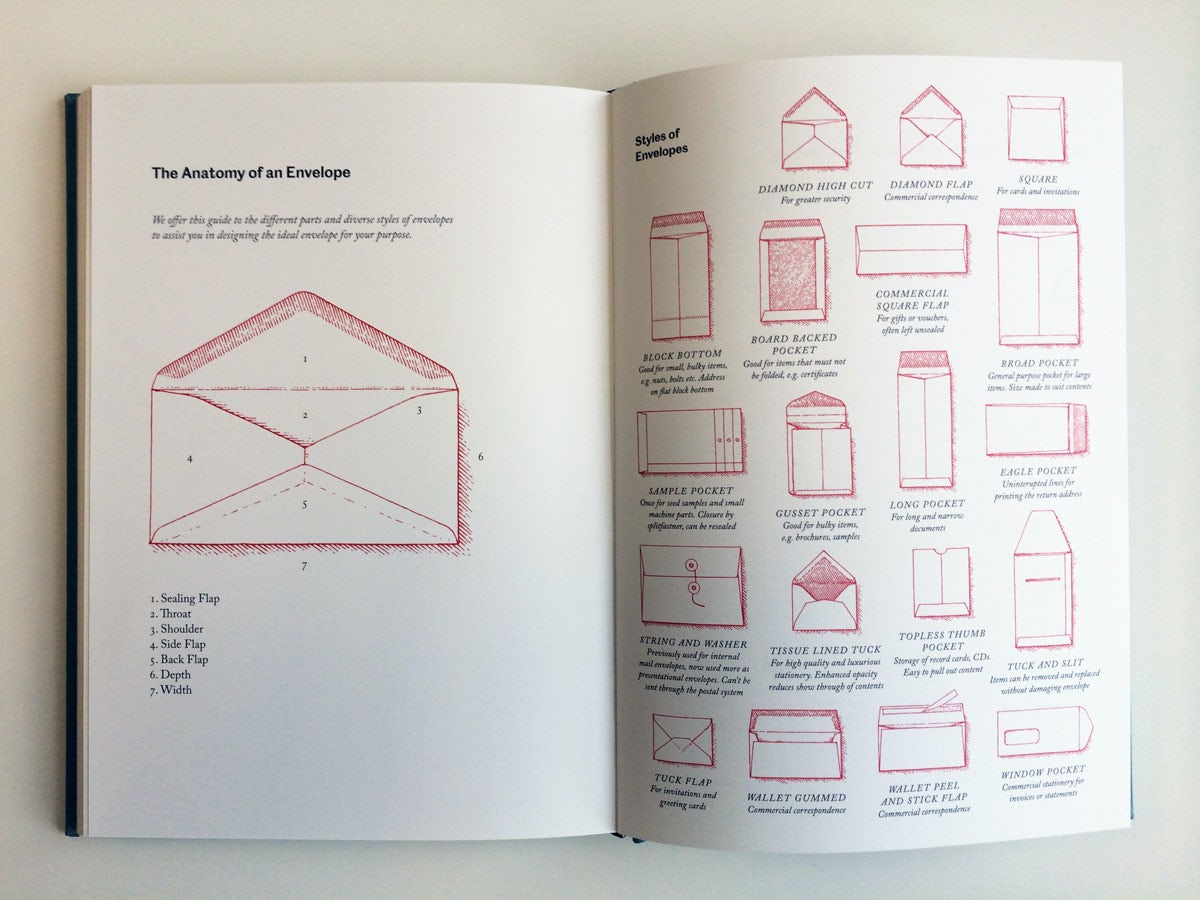 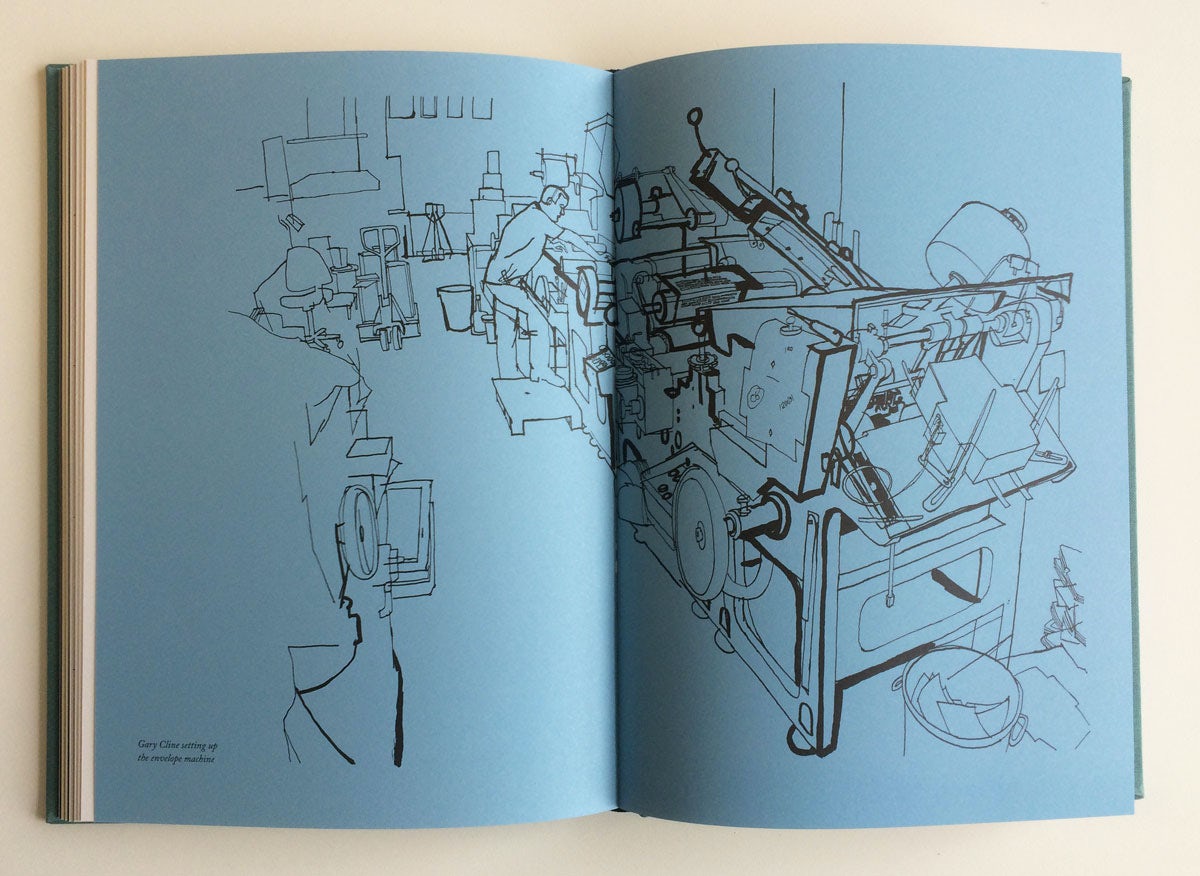 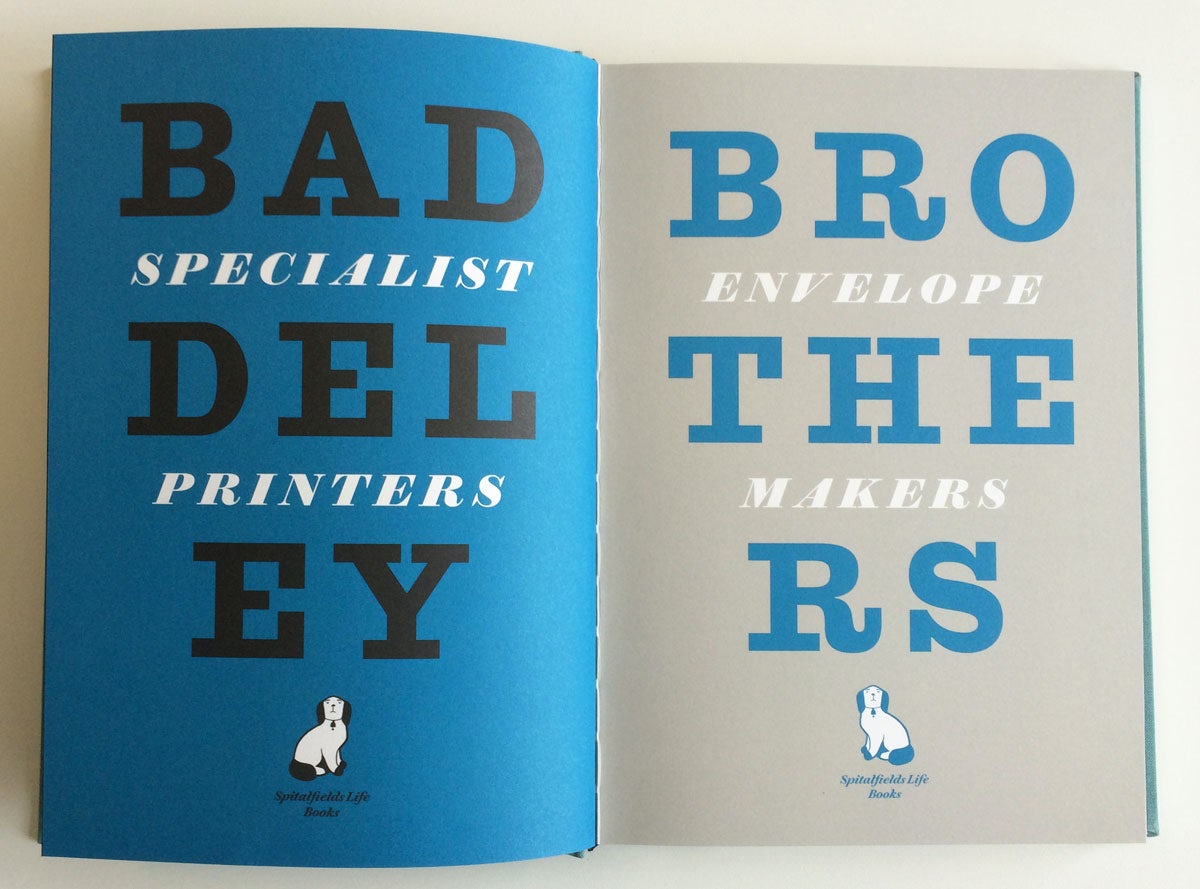 Baddeley Brothers: Specialist Printers and Envelope Makers is published by Spitalfields Life Books and costs £35. You can order copies here.