Many people around the UK will have memories of Butlin’s, if a little blurry as a result of the passing of time. Before the arrival of cheap flights abroad, the British holiday resorts will, for many families, have been the pinnacle of summer. Many will have been there in the capacity of a begrudging parent, others as a gleeful child – over the course of the years, some will have done the rounds as both.

Founded by Billy Butlin in 1936, Butlin’s was built on the premise of a providing British people with a holiday outside of the usual beach resort offering. Paired with the fact that the first Butlin’s roughly coincided with the launch of the Holiday Pay Act 1938 – spawning the Butlin’s slogan of ‘a week’s holiday for a week’s pay’ – it soon became popular among the public. Conceived as the affordable, accessible answer to foreign holiday resorts, Butlin’s destinations borrowed design cues from eras and establishments that suggest luxury, meaning the buildings in Skegness and beyond were kitted out with flashes of art deco.

It’s these unexpected touches that make thumbing through Barry Lewis’ photographs so enthralling. Lewis was well placed to capture Butlin’s, given his long and varied history with it. “I was brought up in the 1960s as a holiday camp boy,” he remembers. “Each summer, for a week, my parents would load up the Austin A40 with suitcases full of clothing, towels and toothbrushes, throw me and my sister in the back and head for a holiday camp on the south coast. We tried several, they all included lots of dancing, sing-alongs, sports activities, fancy dress competitions and, like us, post-war families with children.”

“All the kids were taken care of by the camp staff so the parents had the freedom to let their hair down, meet new friends and have a holiday without thinking about food and childcare,” he says, reflecting on his own fond memories of the “magical freedom” afforded to kids at Butlin’s – a time of games, parties, and new friends.

It’s these pleasant memories that he believes led him to work at Butlin’s Bognor Regis as a kitchen porter upon leaving school in 1966. “It was only for two months before starting at university in the autumn and I learned all about work, love and booze! I developed an odd affection for this enclosed, parallel universe that was fun, different and full of possibilities.”

Over 15 years later, he returned to the original Skegness camp in 1982, a freelance photographer at the time, for an Observer Magazine photography assignment. “The new hit TV comedy show Hi-de-Hi was loosely based on the writer’s (Jimmy Perry) experience as a Redcoat which gave me the idea of doing a story on the real thing, especially as the current Butlin’s slogan was ‘A little bit of this, and quite a lot of that’! I had the privilege of working with a great journalist and friend, Ian Walker, and Butlin’s to their credit gave us the freedom to stay in the camp (on several visits) and tell our story.” 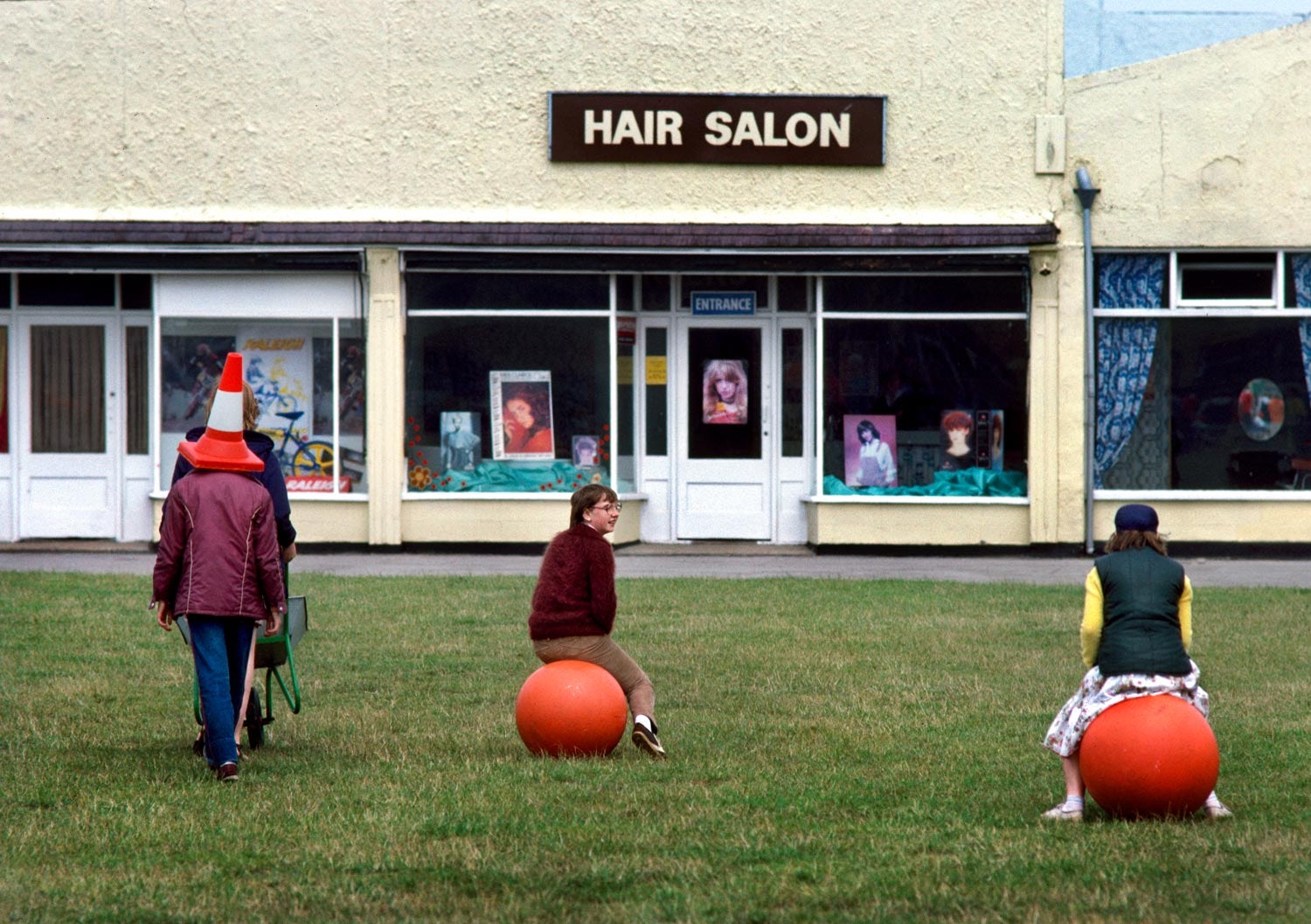 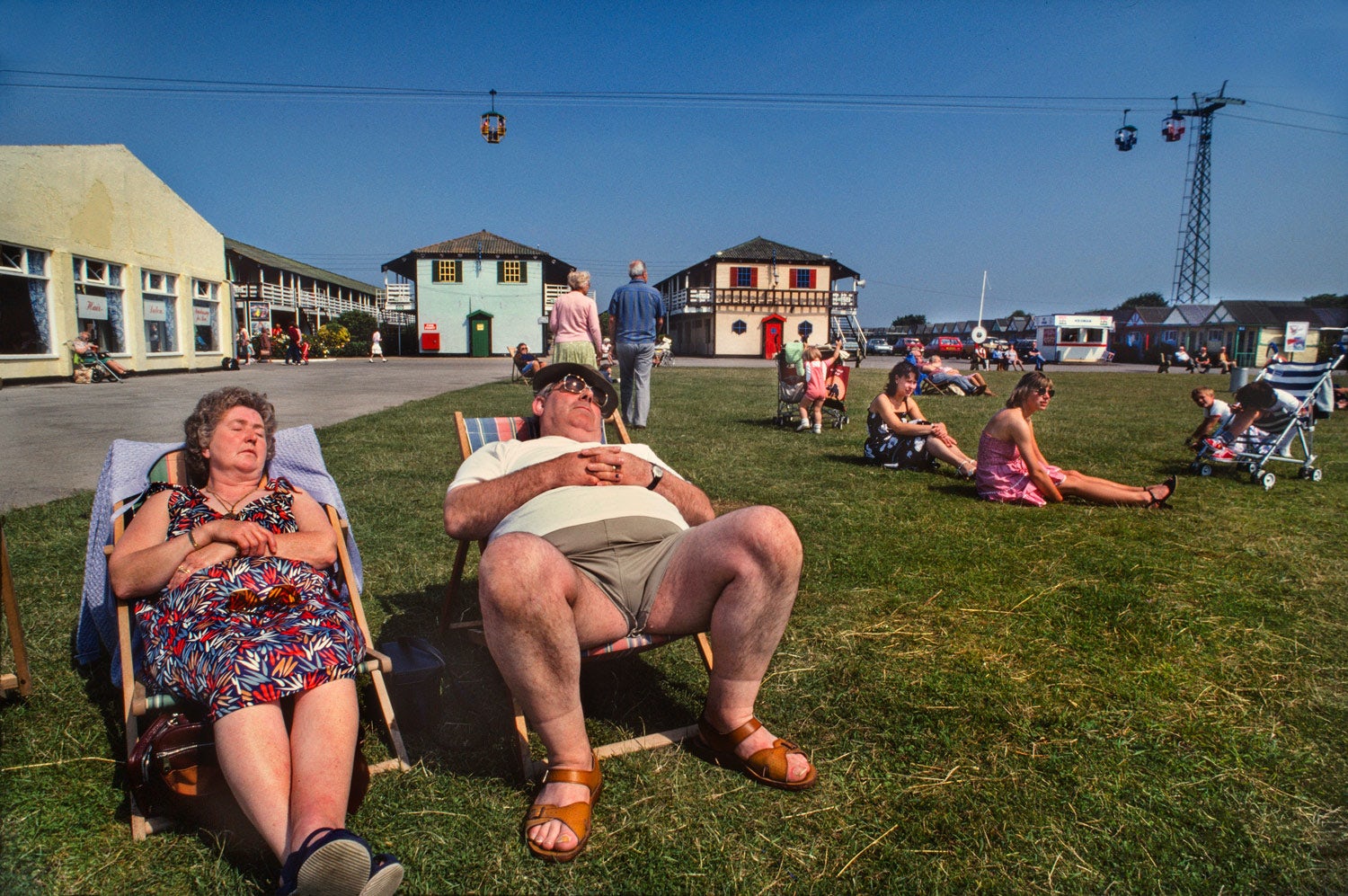 The photographs that emerged from those visits form the basis of his new Hoxton Mini Press book Butlin’s Holiday Camp 1982. The images distil the merriment and enthusiasm that thrived in the resort chains, despite the fact that the glamour of Butlin’s was slowly fading.

“When we arrived in Skegness, welcomed by ‘bracing’ belts of rain from the North Sea, I realised my glamorous memories of camp life in my childhood had become a little worn and tarnished,” he recalls. “The chalets in straight lines, the loud speakers, the barbed wire fences, the huge dining halls and a general air of regimentation while queueing for chalet keys, reminded me more of a military camp than of a place of fun. Butlin’s was at a low ebb as Brits were being enticed abroad by cheap foreign package deals and British holiday camps by the seaside were losing their appeal.” 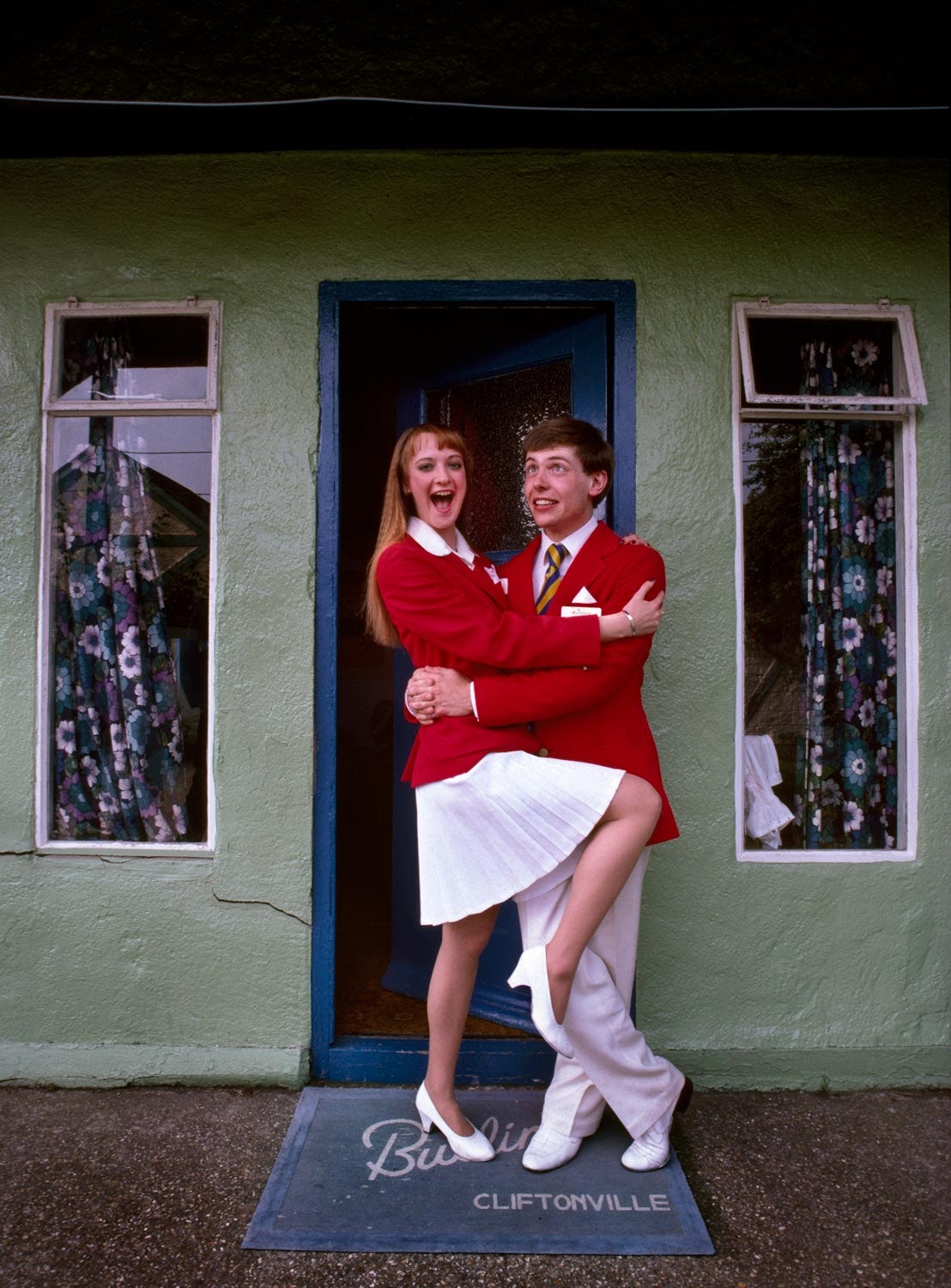 However, they embraced the experience nonetheless. “Everyone was so engaging and friendly, they were on their holiday and determined to enjoy themselves to the full, whatever the weather. We became part of the camp and ate in the huge Lincoln dining hall, where my memories flooded back to 16 years earlier when I was serving similar food in an identical hall 200 miles away on the south coast.” The staff shared “naughty secrets” while Lewis indulged in dancing and the famous Butlin’s knobbly knees competition. “Sleeping was not a real option and photographic moments were everywhere for the taking,” he says, returning several times that summer to take more photographs.

“Looking back at my photographs from well over 35 years ago, they seem to look even further back to a vanished age: the hair and clothing styles, the attitudes, the activities, the decaying wartime buildings, but also a certain innocence in a world before mobile phones and the internet, where a holiday was annual and special, making everyone determined to enjoy themselves to the full, whatever the weather!” 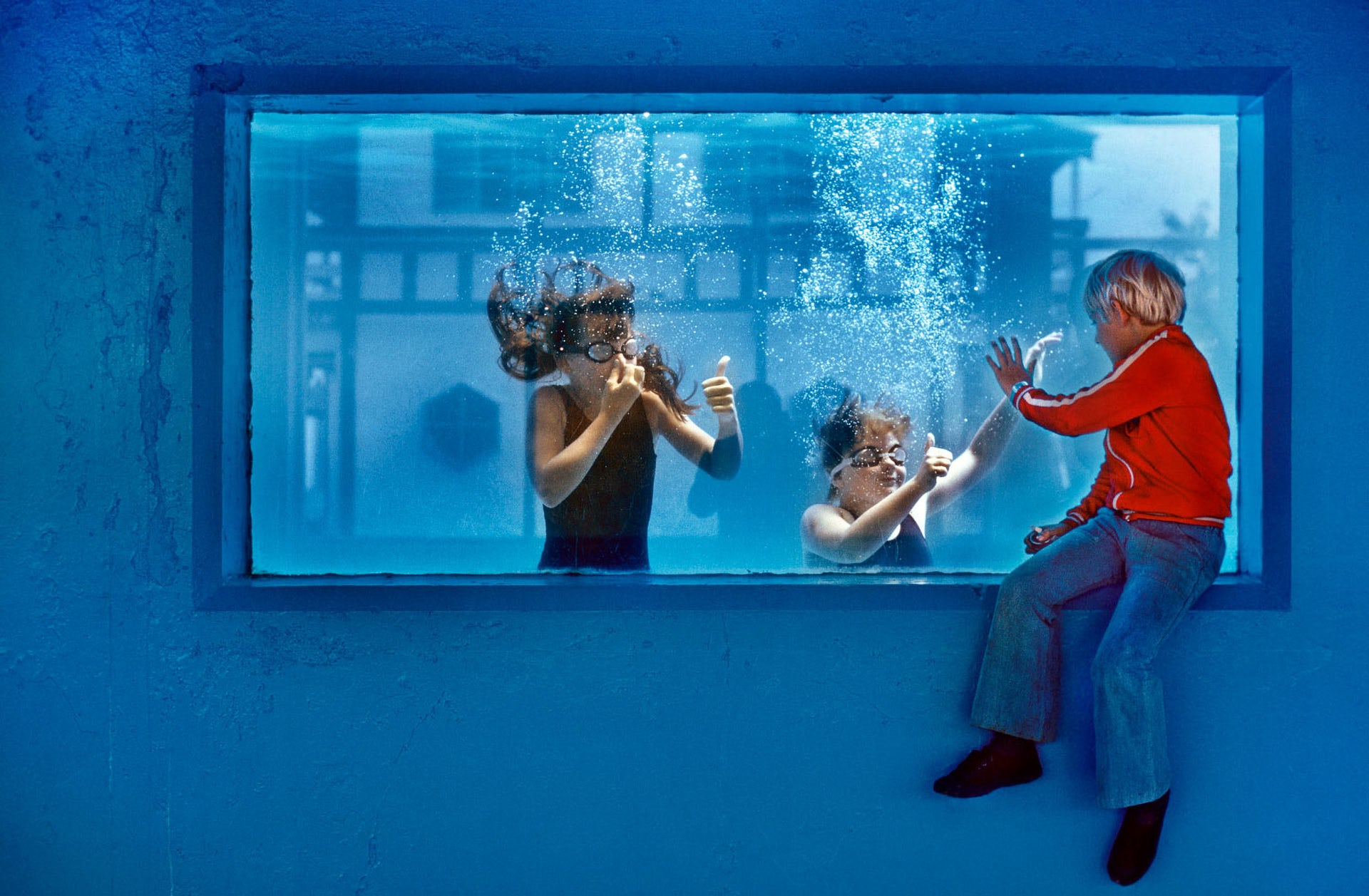 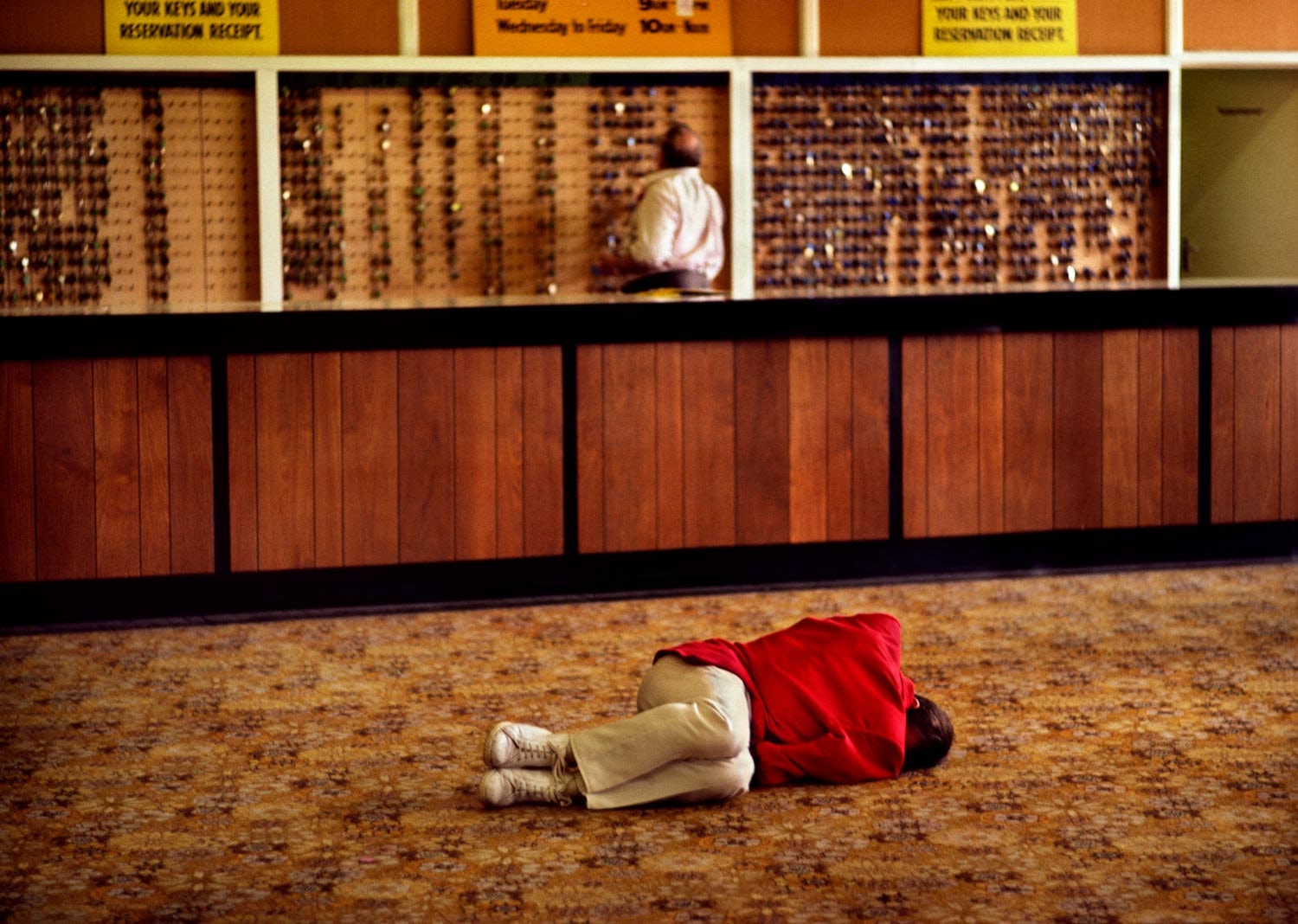 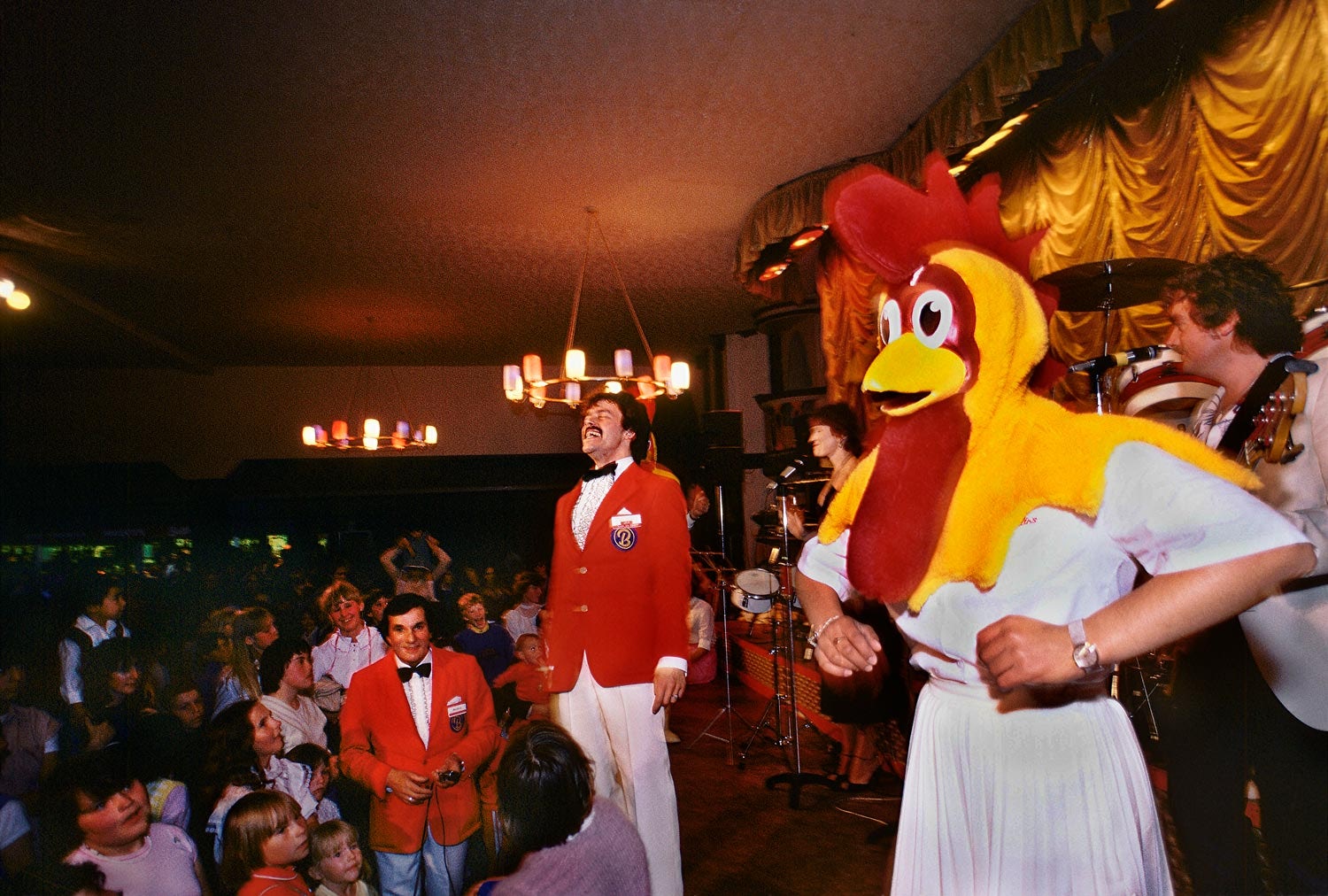